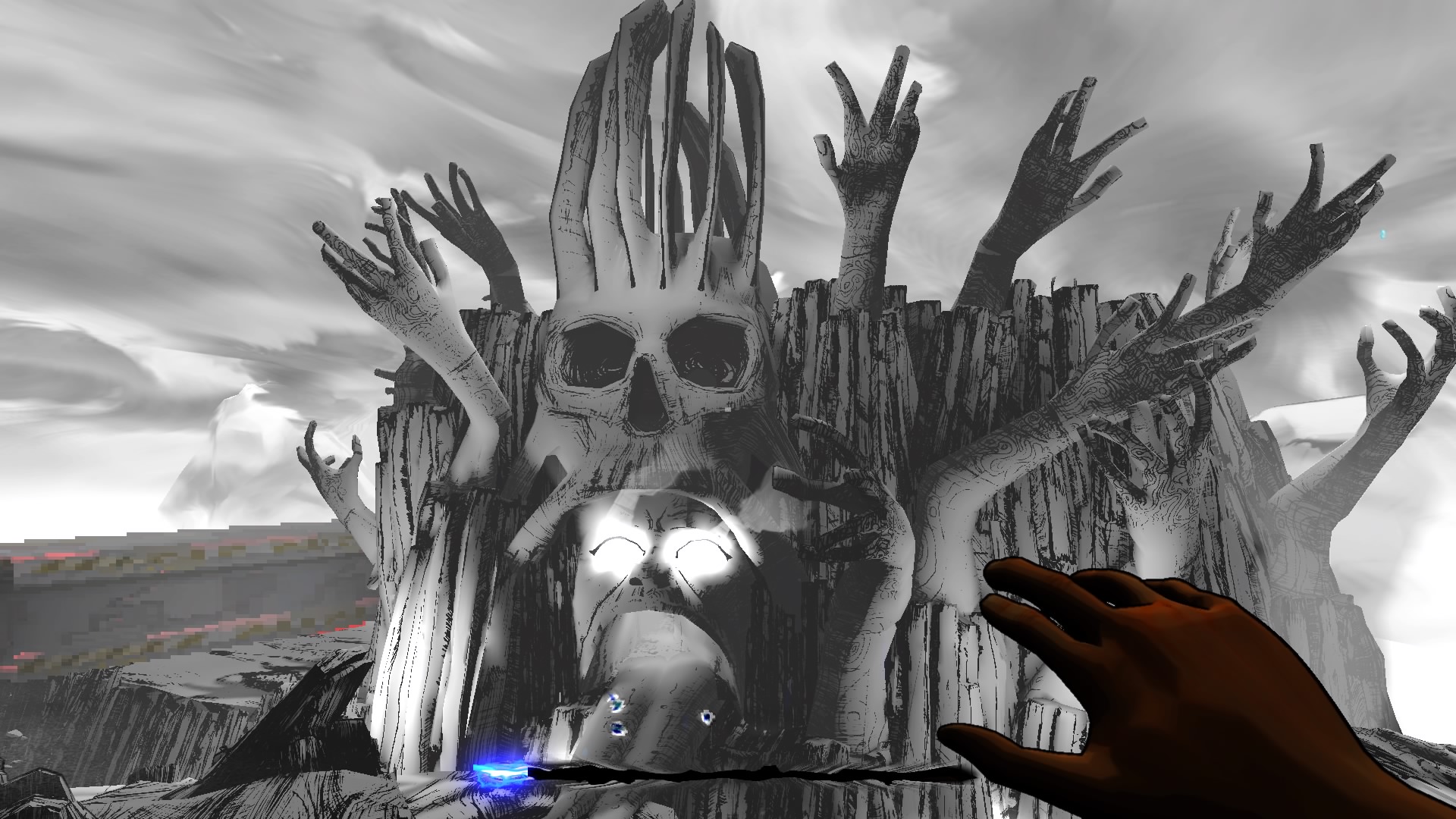 Game development is full of disastrous tales that barely come to light. I find it fascinating that games ship at all and now The Magic Circle Gold Edition lands on the Playstation 4 with a story, albeit fictionalised with some tales of its own.

Coming from Question Games, a band of ex-Irrational soldiers, The Magic Circle focuses on a troubled product that has been under construction and destruction for two decades. Delivered in cutscenes, audio logs and collectables, the plot fleshes out some initially one-note caricatures. Your main cast features Ish, the main creator acts like a typical egomaniac who’s struggling to control everyone under him. Coda, the fan tasked with creating the upcoming expo demo, is typically fawning over her idol whilst feeling a little out of her depth. Rounding things out is Maze who is an appropriately downtrodden ex-Pro who, more than anyone, wants to see this project concluded whilst trying to limit the damage done to her brand. 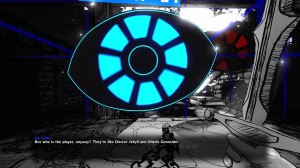 In addition, the periphery features some smaller cogs in some passive-aggressive emails which certainly seem to have come from some personal experiences. It bolsters the cast to make the team involved feel more at odds with itself and highlights the issues with communication on the game. It does well to stress the trials and tribulations of creating even the smallest vertical slice, even if I wish it would go a little bit further.

You arrive as a QA tester who stumbles into contact with an entity within the game itself. He’s desperate for this game to ship so he can escape this limbo. To do that, he urges you to break it. With no means to defend yourself, you are encouraged to hack creatures and entities to do your bidding. You can make them allies, give them orders to attack or move somewhere or just leave them as a shell and pillage their abilities. You use your army of re-programmable minions to solve puzzles and ultimately destroy it from within. Its satisfying to uncover all the options available to you and there’s plenty of fun and experimentation to be had breaking the systems to your whim.

The monochrome world of The Magic Circle is not unlike The Unfinished Swan, in style. Under the literal surface, however, environments are varied and the overworld feels compact and cohesive. They tip nods to System Shock with the depiction of the near-finished sci-fi project and make it appear appropriately dated, even if that looks a little ghastly to my eyes. It doesn’t overstay its welcome and is brief enough to take on in a single session. I’d actually advise that as loading a new game can take exceptionally long. Its not particularly challenging, providing you’re using your grey matter to combine the right abilities. Walking into the right areas and completing puzzles rewards you with a slice of story, although there’s a chunk of that hidden away in collectables. It rewards exploration but it can be troubling to miss a crucial story beat because you missed out a room. 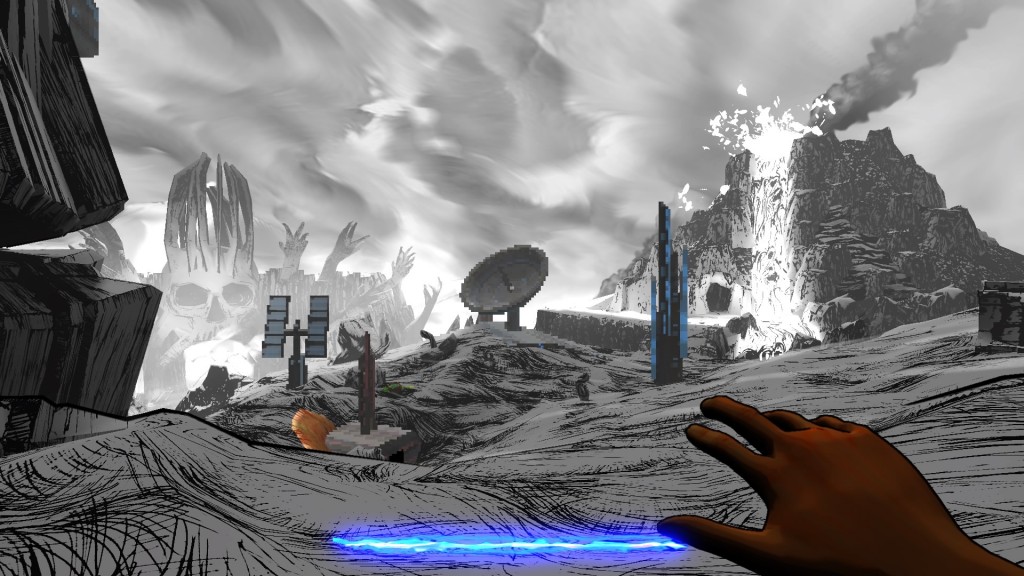 There’s some nice sombre overtones coming from the game’s musical score that interfere sparingly and the voice acting is top notch. The cast all seem to play their part well and paint a band of frustrated, problematic strugglers trying to reach the finish line whilst constantly being in conflict with one another. At times, it transcends into farce but manages to reign it in just enough. It keeps moving, despite the lack of a forcing hand to push you through. I think when I picked this up I was expecting something with a little more battle stories from some hardened veterans. What you get is a sample of that coupled with a dollop of fantasy. It just about works, the more I ponder it. 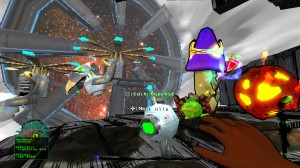 Peep into the world of The Magic Circle and you’ll find a glimpse of what game development on a failing project might just be like. Whilst the typecast characters did eventually win me over, I came away wanting some deeper cuts from the front line of the studio floor. The conclusion may have been somewhat jarring but the fun of breaking a game from within was more than enough to keep me onboard. It’s a game worth experiencing for those intrigued by the creative process and the clashes that take place within a sinking ship.

The Magic Circle Gold Edition
7 Overall
Pros
+ Well-written from a personal perspective. + Varied environments. + Game mechanics that reward experimentation. + Interesting puzzles with interesting solutions.
Cons
- Characters are a little cartoony. - Not as 'behind the curtain' as I'd like. - Turns out some retro styles aren't fun to look at.
Summary
The Magic Circle Gold Edition brings a well-written story to a new audience. The game rewards experimentation across a variety of interesting environments, even if some retro styles aren't so easy on the eyes. Despite a disappointing final act and with a story that doesn't delve as deep behind the curtain as I'd want, I enjoyed it. If you're in the market for a decent yarn from development hell, take a look.
We use cookies on our website to give you the most relevant experience by remembering your preferences and repeat visits. By clicking “Accept”, you consent to the use of ALL the cookies.
Cookie settingsACCEPTREJECT
Manage consent