Little Orpheus  from semi-indie dev The Chinese Room and publisher Secret Mode, tells the story of the hapless Ivan Ivanovich as he’s interrogated by an incredulous general after the event. You see, Ivan is somehow being held responsible for the loss of the titular nuclear device in the centre of the earth. We say semi-indie as Dan Pinchbeck and Jessica Curry’s studio remain fairly autonomous, only The Chinese Room has been under the Sumo Digital umbrella since 2018. 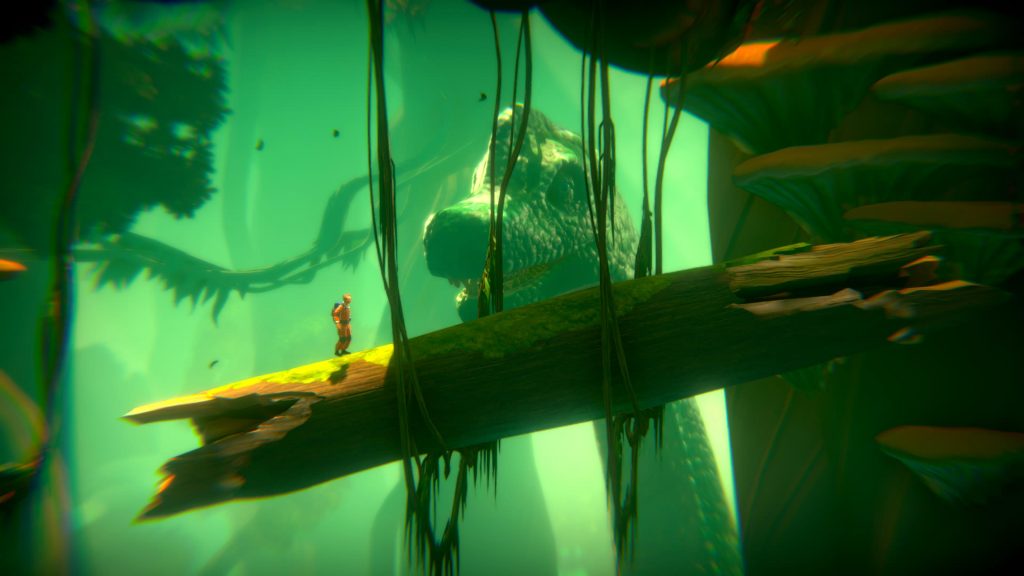 Originally released on the walled garden within another walled garden, Apple Arcade, in 2020. production values are exceptionally high, just as they were on Lego Builder’s Journey that we reviewed the other month. Little Orpheus  bears a few hallmarks of having been developed for various models of iSlab. The controls are never going to be described as particularly complex with

being slide or crouch.

That’s no bad thing though as it allows The Chinese Room’s art guys to go buck wild across the game’s nine episodes, the last one originally being DLC for the original release. This being essentially a retelling of Jules Verne’s 1864 novel Journey to the Centre of the Earth, it’s grounded firmly in reality of course. Though due to the deft storytelling and witty script, Little Orpheus remains fun throughout. 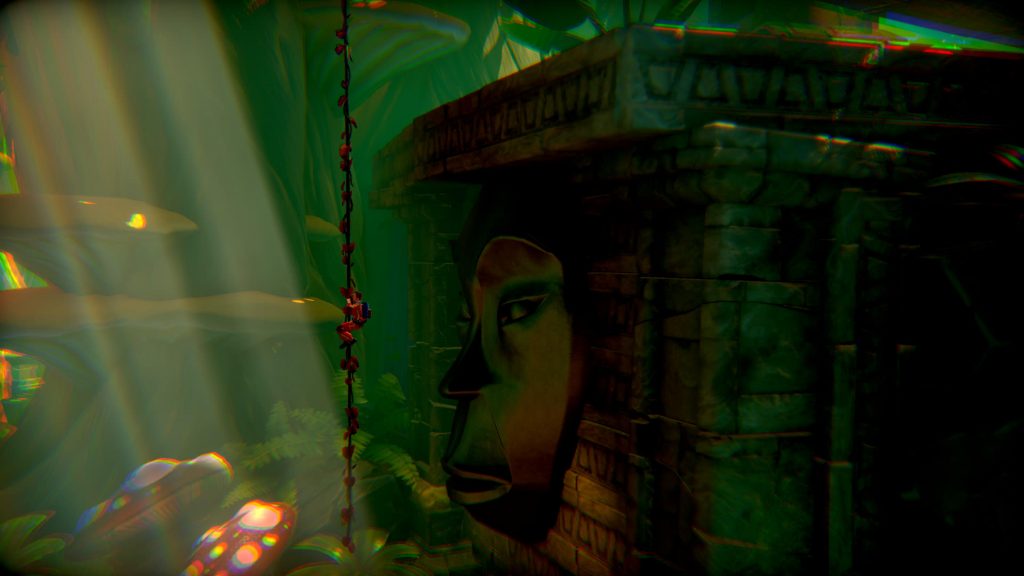 Well, mostly throughout but we’ll get to that. Your initial foray begins in a verdant forest populated by all manner of dinosaurs. It’s not quite Godzilla: King of the Monsters, but you get the idea. The first dinos you encounter are benign giants, though of course you eventually meet a tyrannosaur that fancies you for dinner.

Across the early chapters, the template is generally a bit of plot exposition via Ivanovich’s to and fro with his disbelieving superior as you do a bit of light platforming and object manipulation. Then a set-piece chase where you’re chased by an antagonist, be it a pissed off creature trying to eat you or a giant object threatening to crush you in its path. 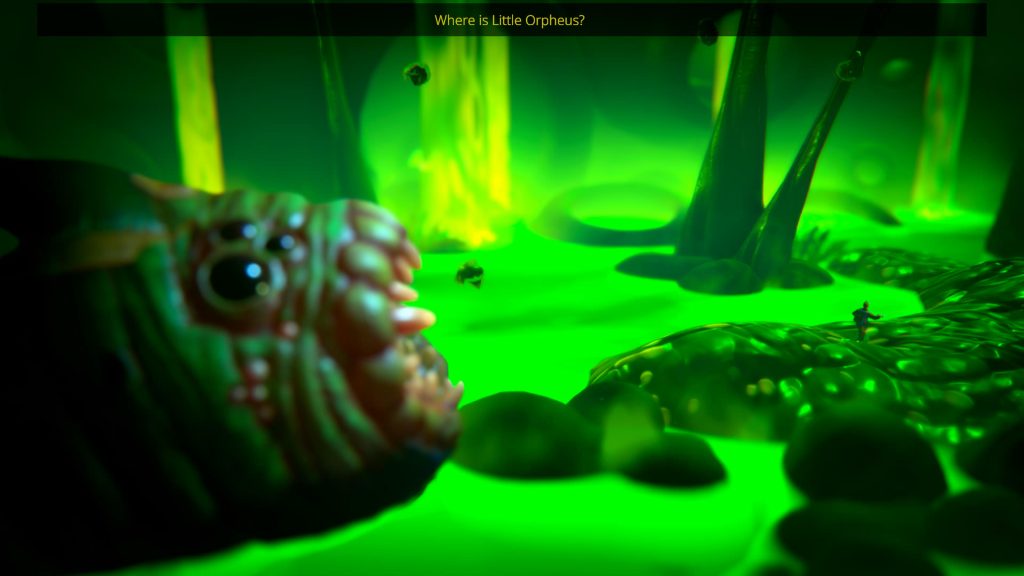 There’s a smart way to extend the gameplay by sprinkling collectible orbs across each of the levels, picking one up unlocks concept art and storyboards relevant to the section in question. These are all narrated by Ivan Ivanovich in character, so they’re great fun as well as interesting with it.

You won’t begrudge replaying many of the levels, though we did find the underwater episode painfully slow. It rather smacked of padding and we did find ourselves quite bored the first time through, let alone when playing it again. We surmise that the game was originally released over a few months rather all in one go as we have here. 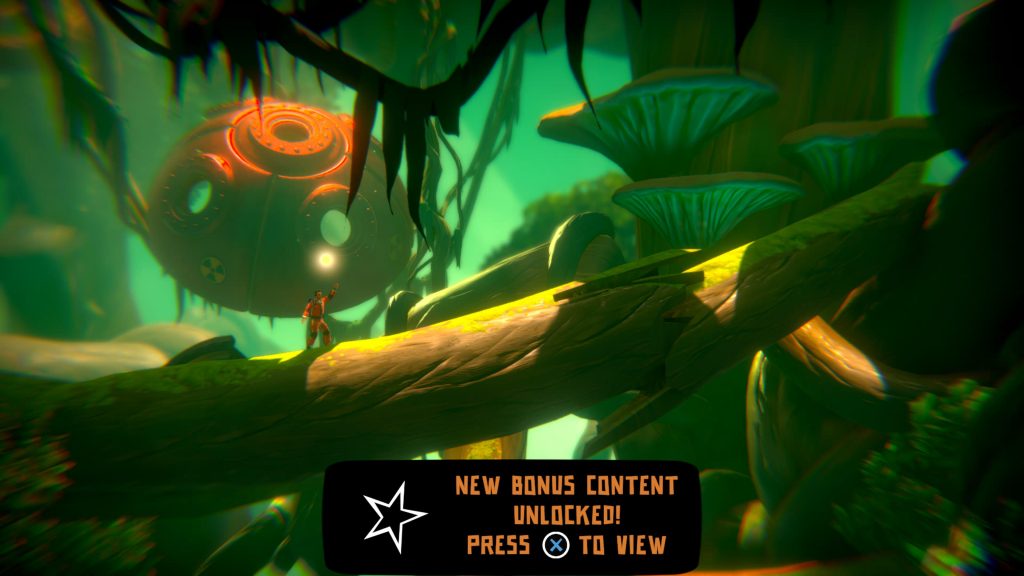 As you pick up orbs, you’ll unlock additional costumes, which amusingly will show up as part of in-game cutscenes. We don’t think we’ll ever tire of seeing a knitted walrus hood supplanting a rather more useful diving helmet. Unlock-related whimsy? Yep, we’re all in.

The voice acting with prolific game voice actor Gunnar Cauthery as Ivan Ivanovich and South African actor Paul Herzberg as the disbelieving general is a particular highlight here. Herzberg also does a fine posh narrator at the end of each episode, ending as they do on a cliffhanger. And each episode begins with Ivan saying “and this is what happened.” It’s all very deftly done and consistent with the high quality production values evident throughout. 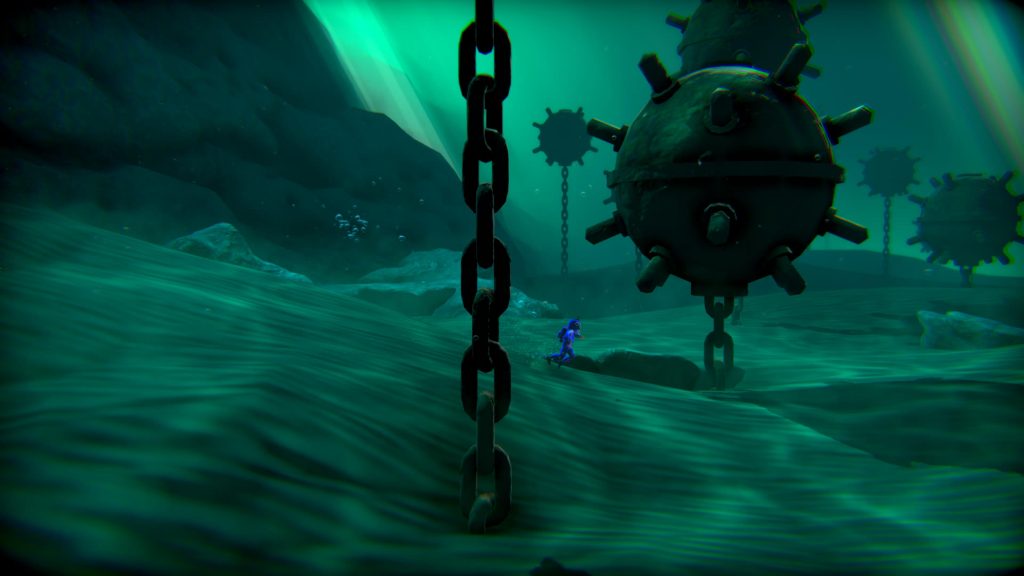 The music is also very well done with sterling work from composers Jessica Curry and Jim Fowler nailing the grandeur of Soviet-era pomp by the likes of Prokofiev and Shostakovich. A little side note on Prokofiev, he was doomed to be forever in Josef Stalin’s shadow, his creative urges being curtailed by the demands of the state. Only when he got his opportunity when Stalin died in 1953, he only fucking well died aged 61 on the same bloody day, his death going largely unreported at the time. So if you ever think you’re having a tough time of it it’s unlikely you’re as unlucky as poor Sergei was. But yes, the music is excellent. 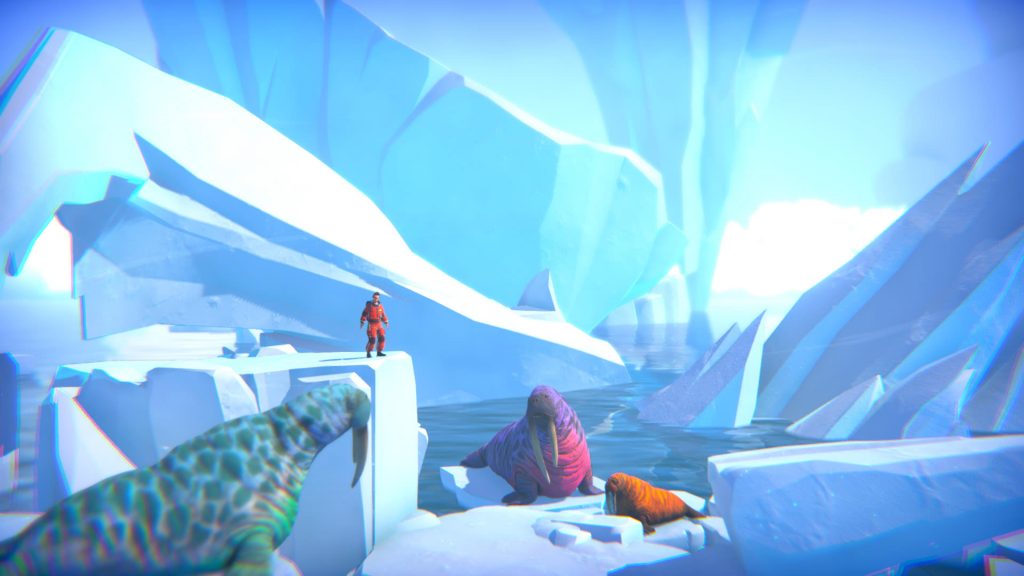 If we’ve any slight gripes, the platforming can be a bit woolly at times, with what looks likes a jump you can make from one rope to another turns out to be a death dive. Or a platform to platform jump that ought to be straightforward that you end up missing. It’s a weird anomaly, but we guess it’s a legacy from Little Orpheus original platform.  At least the checkpoints are frequent enough so we never felt particularly hard done by. We were also surprised to note that the previously promised PS5 version has yet to appear on the UK store, so PS4 is the lead for the purposes of our review. 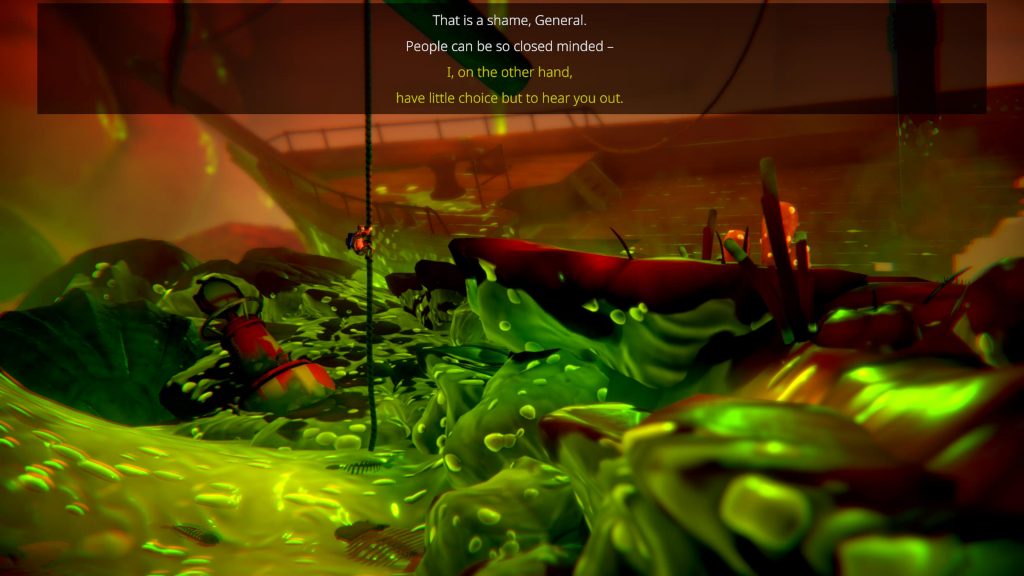 Another thing, the subtitles are useful for picking up some of the dialogue, though unfortunately the way they’re shown at the top of the screen is a bit jarring. A bit like crap DVD player captions. Yes, they’re colour coded so you know which character is speaking, but the placement is just bad.

In conclusion, Little Orpheus is a fantastic story-based romp across nine episodes with fantastic voice acting, sumptuous visuals and excellent music. It’s also cheap, coming in at a mere penny under ten pounds. Mad value for what’ll probably amount to multiple evenings of entertainment for most.