Funded by Kickstarter, Kona is the first full game from Canada-based Parabole. The base game was actually released last year. This is a review of the VR add-on that’s just been released which lets you play the whole game with PSVR and with motion controls if you have them, but as we’ve not reviewed the full game then I’ll be covering that as well. 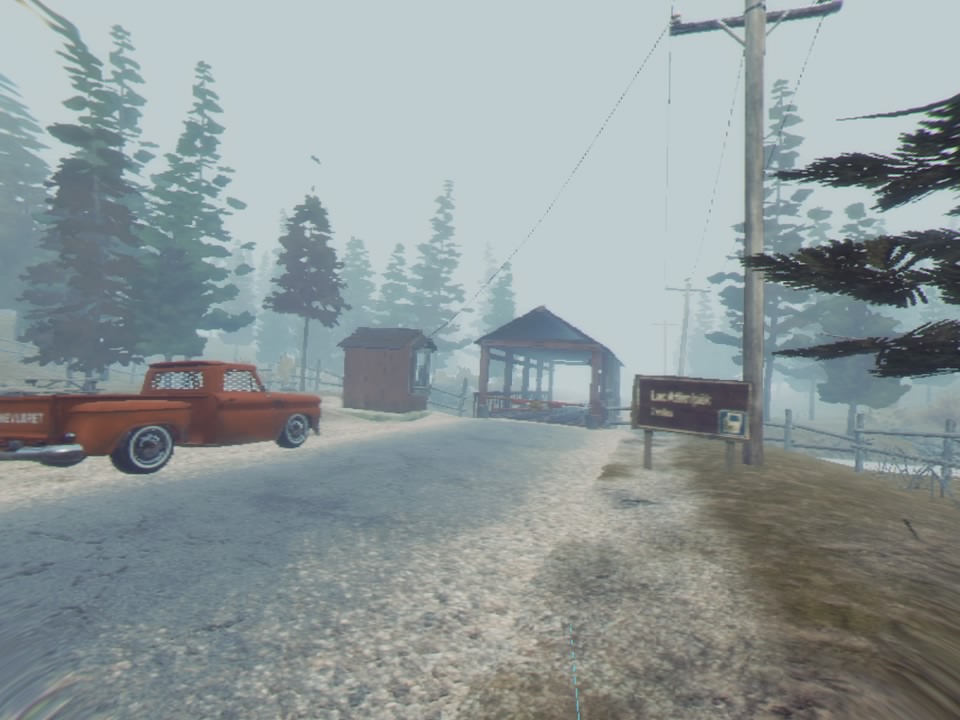 Set in Canada in the 1970s, you play as Private Detective Carl Faubert who has been hired to investigate some simple vandalism in a rural mining community. Just before arriving at his destination he’s involved in a car crash however, leaving him hurt, stranded and without supplies. He’s also surrounded by snow all of a sudden. On the face of it Kona is an adventure game, a walking sim even, but the environment plays a part as well as survival elements are introduced very early on.

Viewed from a first person perspective you need to navigate a relatively open area in order to solve your case, searching houses, abandoned cars and campsites in order to get items. Some items will be required to progress by completing puzzles, some will help you to survive. As you approach items an interactive icon will appear making most things pretty easy to spot. This isn’t a matter of searching high and low and more about searching the area thoroughly and if you don’t have the correct item at the right time then you’ll need to move on and come back when you have found what you need. 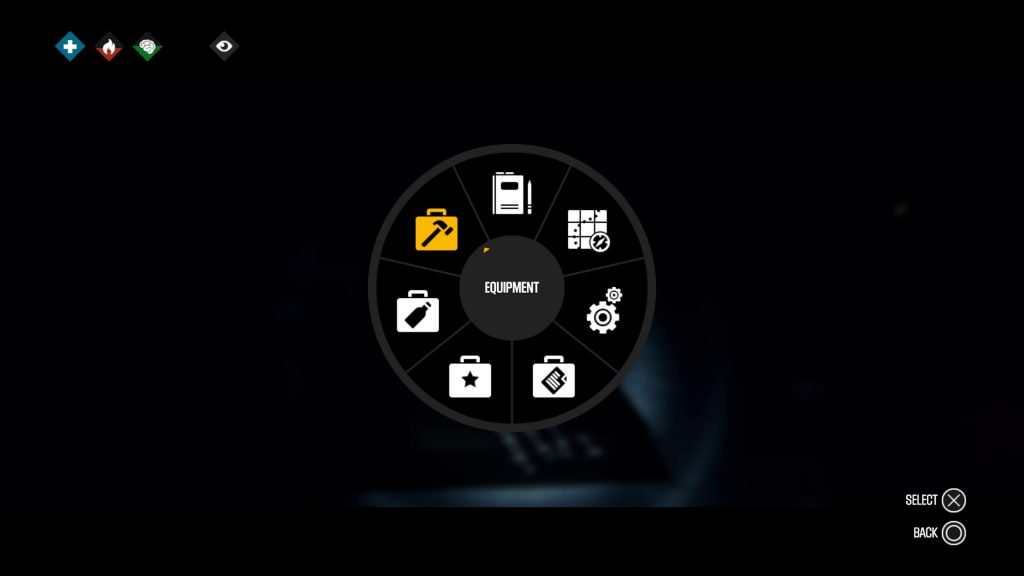 The main complications come from your inventory, which has a weight limit, and your health, warmth and stress. Let your stress drop and it’ll limit your sprinting ability and affect your aim with weapons. Let your warmth drop and your vision will close in and you’ll eventually die. Of course if your health empties then you’ll die too. Fires will warm you up, though you’ll need items in order to light them, and items will restore your other stats if you need them. It’s a nice wrinkle to have to separate it from the simpler walking sims, though I have to admit that it wasn’t until very late in the game that they started to have any impact, at which point I found them more irritating than anything.

As you investigate you’ll uncover clues to what has happened as well as world building elements. Kona‘s world is very lonely, as Carl explores an almost completely uninhabited area. A narrator constantly describes the action, sometimes pointing you in the right direction, but the acting isn’t the best. It sounds quite like a film noir style, private dick voice over, but the delivery often feels unnatural. I have to admit that I wasn’t really pulled in by the story. I read all the clues I found and explored the world but my progress wasn’t governed by the narrative but by following the map and figuring out which items were needed where. When the game ended I didn’t feel particularly satisfied as the narrator explained the events that must have occurred and the abrupt ending didn’t help.

I will say that the environment is the star though. With the lack of actual characters the snowy landscape fills the gap quite well, the emptiness not feeling cheap or lazy, but hostile. For what must have been a small budget the visuals do a good job. They’re not going to be melting your eyes but the forests and snow effects are pleasant to look at and never become too repetitive over the five-ish hour playtime. 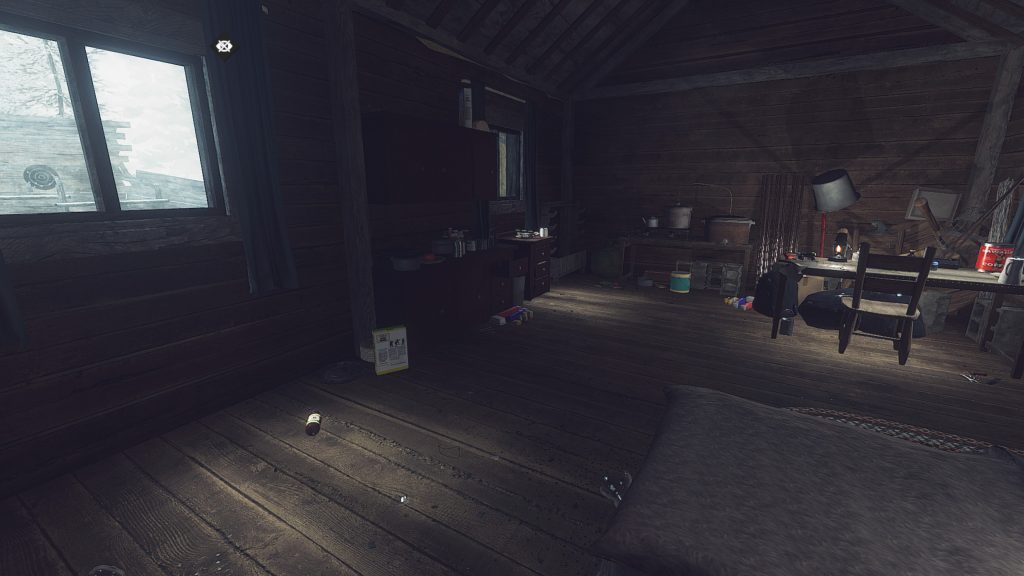 I have used both normal screens and VR screens in this review and you can probably quite easily tell the difference. The resolution in VR is incredibly low, making it difficult to read or notice certain elements. The trees are very ugly at a distance and since the world is primarily made up of them that is a problem. There is also the problem of the screen going black when you hit a load screen. It happens fairly often simply exploring the world and whereas on a screen you get a little buffering, spinning circle, in the headset you get nothing, just the game fading out and eventually fading back in. As my first time playing the game was in VR it was quite confusing and disorientating.

The motion controls are a mixed bag. You can just use normal controls if you want but if you have two Move controllers then your hands will be modelled on screen. You can’t interact directly with objects however, you’ll merely point your right hand at the object you want to collect or use and pull the trigger. If you’re holding an item, like a torch or photo then you can point it and rotate it as you see fit, but generally it is a bit of a fudge job. You have a few different movement options, with standard movement, free teleportation or node teleportation, which will give you set areas to move to. I primarily played with free movement but the node teleportation is an interesting addition, seemingly negating the sprinting of the normal controls and placing you exactly where you need to be to interact with important objects.

Obviously being within the world through VR is a plus, but unfortunately the technical aspects let it down. I also found picking out objects in the world to be more difficult in VR. None of it is game breaking but it stops the add-on being a definite purchase. 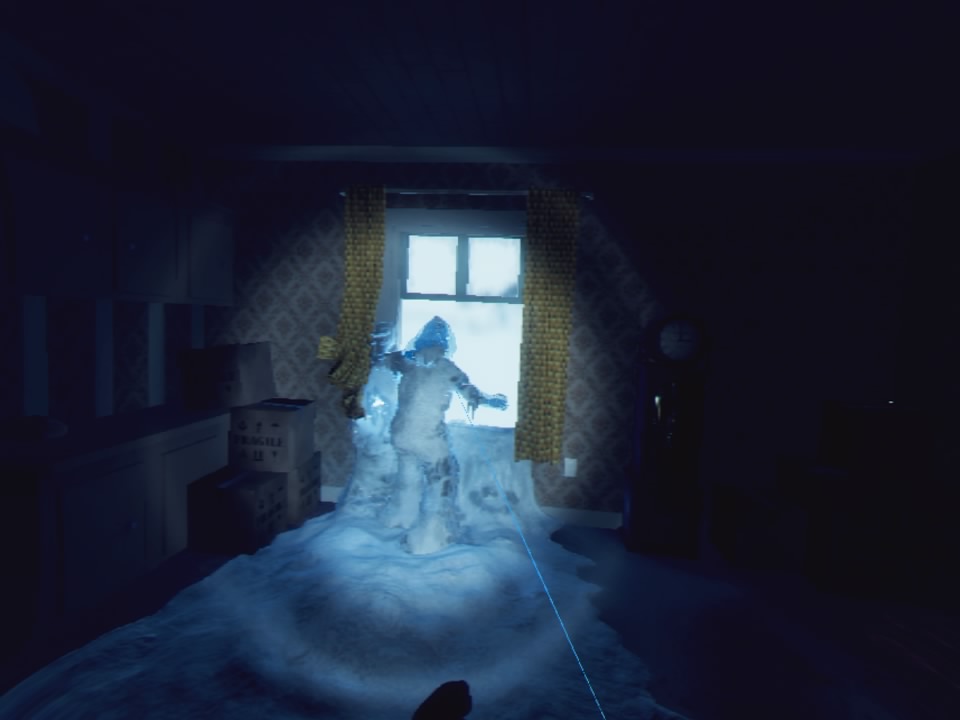 Kona as a whole is an interesting game with its survival additions to what is otherwise a quite straight forward adventure game. The plot didn’t land for me but I did enjoy exploring the environment for the duration. The VR addition works, but the technical limitations definitely mar what could have been the optimal way to play the game. If you’re a fan of the genre then Kona makes some minor adjustments to the formula that might intrigue you, but it also struggles with some of the genre staples.

Kona VR
6 Overall
Pros
+ Environment is the star
+ Makes some changes to the walking sim formula
+ Additional VR implementation works
Cons
- Story didn't grab me, not helped by the narration
- Survival elements don't make much of an impact
- VR element suffers with technical difficulties
Summary
Kona VR is an adventure game with survival elements integrated with some success. The story didn't grab me and the VR add-on suffers from technical issues, but exploring the hostile world will entertain fans of the genre.