Here at PlayStation Country HQ, we’ve been known to have a few shindigs over the years and while such party favourites as Hidden in Plain Sight and Nidhogg always get a look in, the true kings of the party game genre are the Jackbox Party Pack titles.  The fourth of these has just landed on PSN and so we got the crew together and are going to show you the few screengrabs are that aren’t absolute filth.

As with the previous games, this is a collection of minigames that run on the PS4 but are played using whatever phone, like the iPhone 12 Refurbished, or tablet you have handy, which is good as everyone is glued to the things the whole time anyway.  This formula (which has recently been extended to Sony’s Playlink service) is great as it means you only need one DualShock 4 and it lets everyone play.  The games also lend themselves to being streamed on Twitch with only the time delay being a small barrier to playing with viewers. 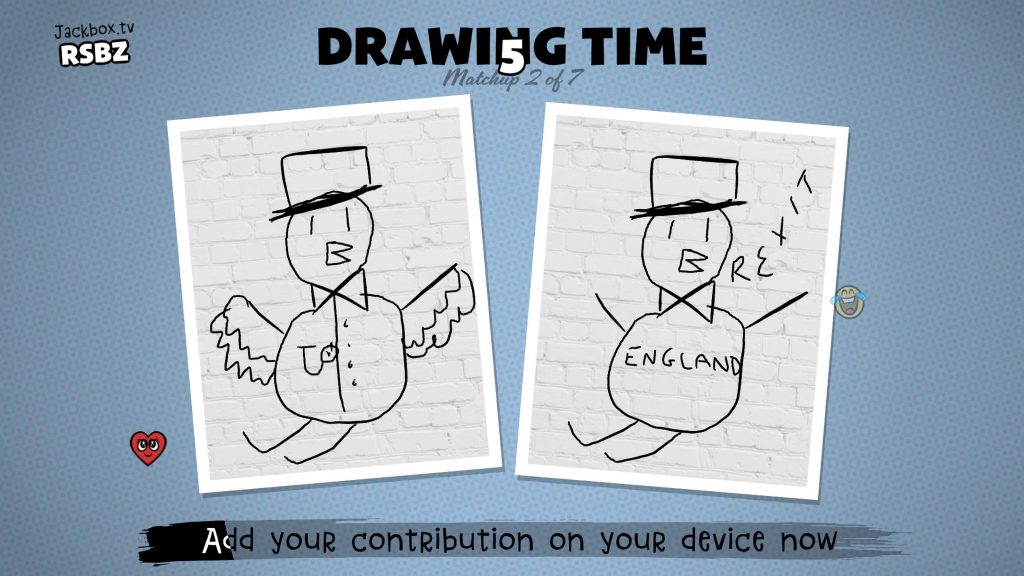 This iteration of the series follows the usual pattern of having a game where you draw directly on the screen of your phone/tablet and some where you pick things or write words.  Typically the drawing games tend to give you more scope for straight up insanity but all of them have potential for that.  However, over the years we’ve learned to play for whimsy rather than shock value.

This game asks players to answer questions about each other.  You get points if other players pick your lie rather than the truth but it does tend to require a bit of knowledge of each other which makes it the least enjoyable game to play with strangers.

In this game you are asked a question and then other players get to take your answer out of context and put another question on it with the main aim of the game being to make each other look like twats.  Initially, we weren’t too sold on this one but when played properly it did lead to some genuinely fun moments.  You might struggle to enjoy it though if you’re playing with a load of Coldplay fans or something. 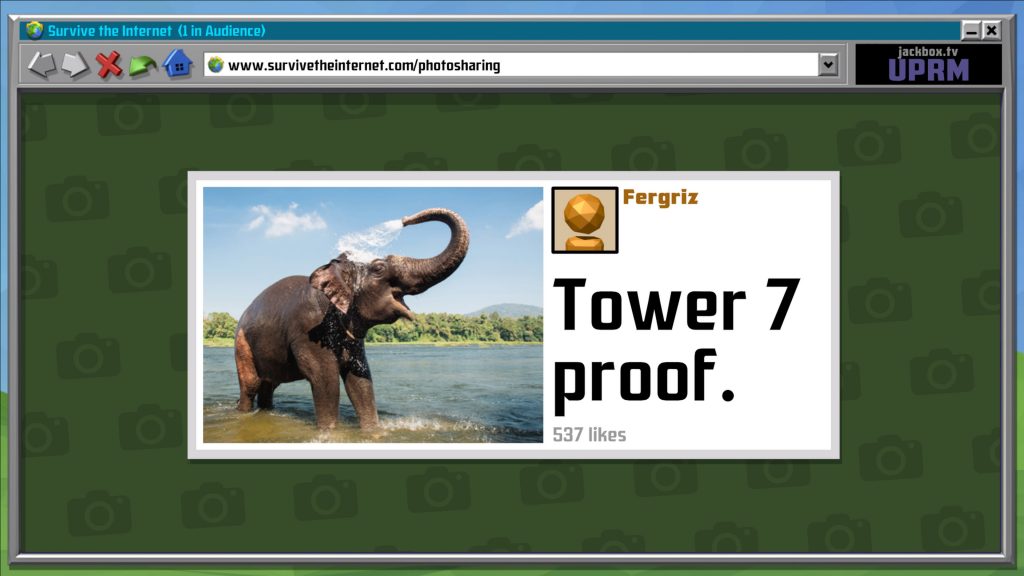 The most original title on offer, Monster Seeking Monster is a dating game… of sorts.  You get a limited number of messages to send and the idea is to strike up a virtual romance with someone else in the game.  At the end of each round, you get to ask them out on a date.  They might accept or reject you.  Get a match and you’ll earn a heart.  The most hearts win.  However, each player has a monstrous power that affects the game.  I ended up as the ‘son’ of one of the other characters and they earned extra hearts if I didn’t get any dates.

The game was fun but ultimately the powers didn’t feel very balanced and no-one really cared who won anyway but it was a fun time sending sketchy messages to each other.  Er…?

Sporting a snazzy, ’80s look this game asks players to give answers to questions such as ‘the most pleasurable texture to touch’ and various other innocuous things like that.  Answers are pitted against others and the one that gets the most votes gets to proceed further in the tournament.

This game is probably the most familiar of all of them despite being brand new.  It’s okay but has been done better in previous games. 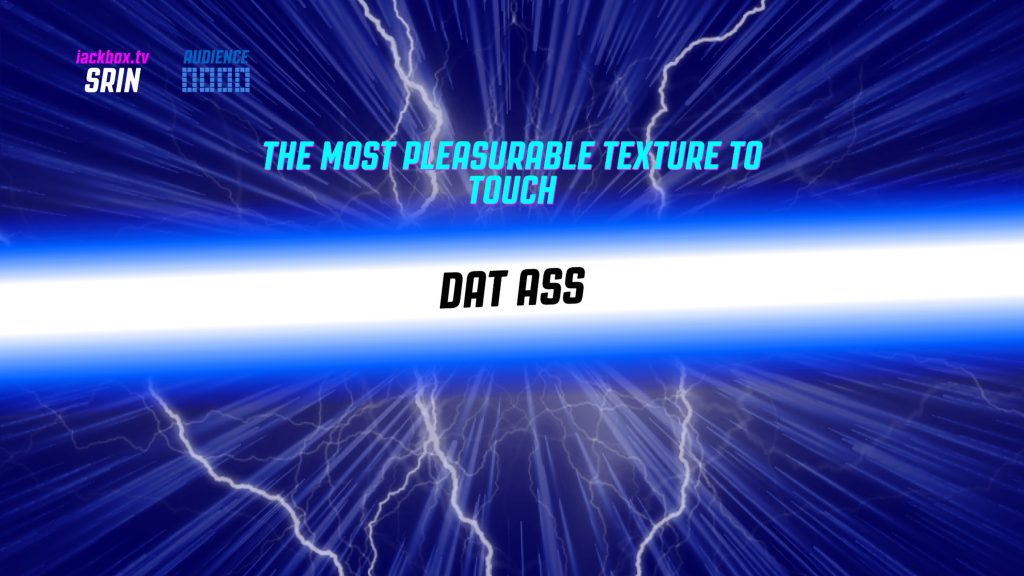 The drawing title of this package, Civic Doodle gives two players a barely started picture to add to.  The drawing that gets the most votes moves on and is added to by the next two players until you’ve got something that resembles actual madness.  This game taps into the fun we usually get from Drawful and is a nice take on the formula but isn’t quite as special as the t-shirt drawing game from Jackbox 3.

Overall, this is a solid collection of games with none of them being particularly bad.  The formula might be getting a little tired now though but if you’ve got a few friends to play with, this is certainly worth a look although we’re not sure we would recommend it over earlier entries in the series.  However, the clean presentation and fun voice work do keep the energy up.  Beyond that, there’s not too much else to say.  This is more Jackbox.

Jackbox Party Pack 4
7 Overall
Pros
+ The games are all very playable with no runts in the litter
+ Easy to understand
+ Perfect for parties
+ Non-gamers can get involved
+ Easy to stream
Cons
- Some games are weaker than others
- Lots of variations on previously explored themes
- No use without other players
Summary
This is the Jackbox team doing exactly what they always do but if you can get a few players involved, a good time is pretty much guaranteed.