Islanders is a city-building puzzler from German game devs GrizzlyGames that first emerged on PCs back in 2019 but has now found its way over to consoles.  For many people, that might sound a bit off-putting.  City builders can often be complicated, micro-managey affairs where you spend more time following a tutorial than actually using strategy and, speaking in more generalised terms, if you want to play city building games, you probably want to do that on a PC with a mouse and keyboard interface.

Well thankfully Islanders keeps it all simple and strips out all of the faff.  Like we said, this is also a puzzler of sorts.  What happens in Islanders is that you are given a randomised island to start in and a choice of two ‘packs’ of units (buildings, farming infrastructure, industrial facilities etc).  These packs give you a half a dozen or so of these units and you can place them on your island as long as they’re in the right type of terrain.  It’s pretty straightforward stuff.  Most stuff can go on grass but a few unit types might be limited to being on sand or rock. 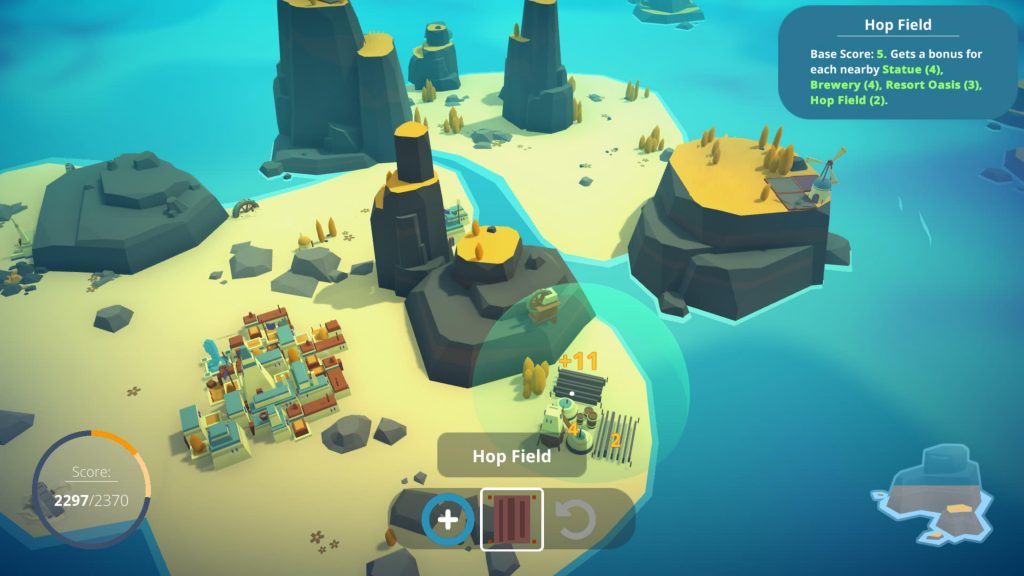 If you can get enough points to reach the target, you’ll then be given another choice of two packs and will be able to continue.  This will give you access to a wide array of units, all with their own pros and cons.  For example, a city centre will provide bonus points to houses and mansions, however the posh folk in the mansions will want to be near different things than the people in the houses.  Put a circus by the houses, and you’ll get some nice bonus points.  Put it by the mansions and you’ll lose points.  Put them by a shaman hut and they’ll love it but put the shaman near a sawmill and it’s bad news. 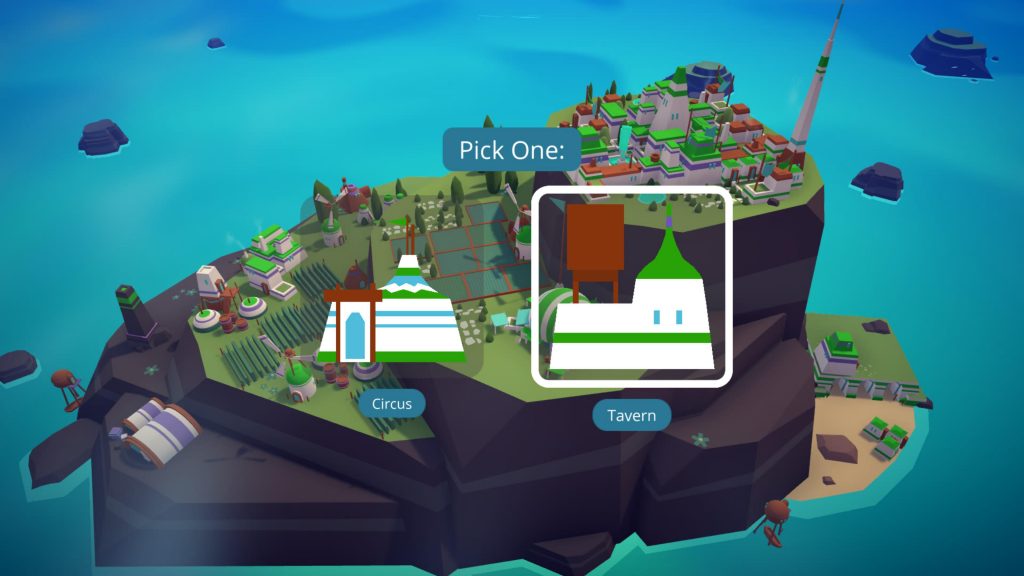 Ultimately, you’ll be trying to get the best coverage of units across your island.  It makes sense to have lumber zones, masonry areas and residential neighbourhoods.  The main thing is that ultimately, it’s not really a city building game but rather just a different type of puzzler.  One where you’re constantly chasing those score targets because if you fail, then it’s game over and all your work will have been for nothing.  But, if you do well, you can unlock new islands which allow you to get a fresh area to work on while keeping your current score.

You’ll eventually work your way through several islands as you struggle to get maximum points out of each pack of units, carefully considering every placement so that you can keep going.  And the great thing is that while this might all sound a bit tricky and fiddly, it really isn’t.  The game barely gives you any hand-holding at the start.  You just place units, see how they affect each other and before long you are locked in, making big decisions without needing a manual the size of a phonebook to actually get anything done. 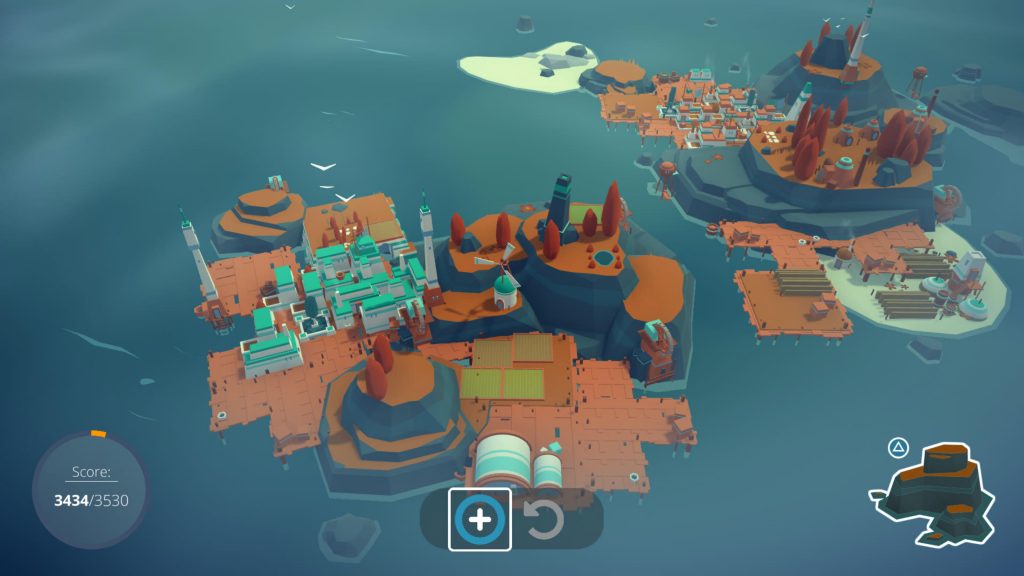 The game mechanics are simple to grasp, the controls are reasonably well thought out for console play too and the simplified graphics do a good job of telling you what’ll happen when you place a unit.  When you factor that in with the absolutely chilled vibe of the game (there’s no time limits and you can undo one move) and what you get is a very relaxed game that’s also pretty addictive.  As with other puzzle games though, initially the game is great for pick up and play sessions but eventually games will last quite a long time.  The game is also a bit trickier than you might initially think and so you do really need to consider your moves early on or else you’ll likely struggle to get to the third island.  That said, you never really fall victim to the randomness of the game either.  The islands and packs that you get always seem to give you enough in the way of potential points to allow you to make progress.

But really the only knocks against the game are that it’s not great looking (but is functional) and it might not appeal to those people who want a proper Civilization style city builder.  There’s also a bug that we ran into where some units weren’t disappearing after we placed them (the devs are looking into it).  But for us this is one of the best cheap puzzlers on PSN.  It’s what we wanted from the likes of A Kingdom For Keflings and even Avon Colony but without the game funneling us down a linear path led by a tutorial.  And while Islanders kind of looks a bit like any generic indie game with its simple, colourful environments, its fresh approach to the genre makes it way more enjoyable than you’d expect.

Islanders
8 Overall
Pros
+ Intuitive gameplay
+ Really gets you thinking about your moves
+ Very addictive
+ Surprisingly cheap
Cons
- Average visuals
- Might not be right for experienced city builder fans
Summary
By taking addictive puzzling and giving it a chilled out city-building vibe, GrizzlyGames have created one of the most relaxed and enjoyable titles of the summer. We didn't expect anything from Islanders but now it hurts us to stop playing it.