Can I level with you guys? I don’t think I like the way visual novels play out. I don’t like the stereotypes they conform to, the fact they seem so reluctant to play a straight story. How to Take Off Your Mask Remastered is another one of those. Developed by prolific visual novelists roseVeRte It’s wrapped in all the anime trappings and boasts a story about double identities and coming of age. 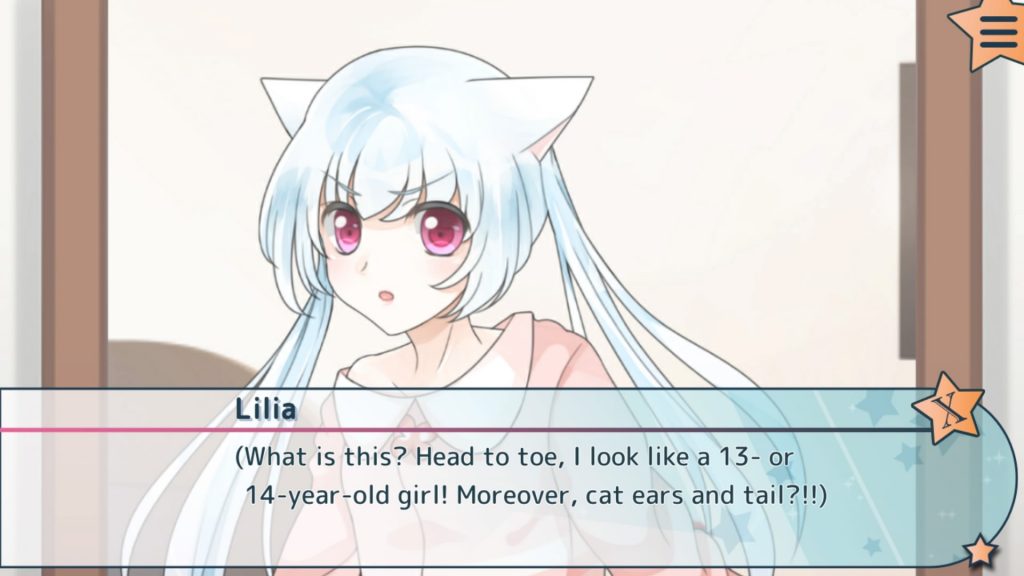 So, what’s it about? Lilia works in a bakery in Eroolia with her big brother Ronan, her Grandma and some bloke called Juli. Ronan is shown as a nervous, clumsy bomb scare. Lilia, who we spend most of our time with is equally iffy. Fear not, though as it’s not long before she’s revealed to be a transforming cat child. That new identity causes some problems with the humans who would gladly lock the Luccretia’s up.

It’s not long before she finds a way to transform at will which gives the story a free pass to explore Lilia’s new found knowledge, create conflict and switch the story up. She adapts to it a little too readily and the plot is all too keen to place her in positions of danger as street thugs roam the town looking to deal with any monster cats.

Ronan’s got his own secret life. He moonlights for the City Guard and, whilst this new sense of responsibility could show him in a better light, he’s still something of an idiot. The game also wastes no time in establishing the romantic crux of the whole story. Lilia has definite reservations about chasing after her adoptive little brother but she’s also kind of a pest. This conflict does drive most of the narrative and it’s arguably the only time I set the transforming nonsense aside. As the only two characters with any significant screen time, it’s nice to see the two’s relationship change, even if it is born out of ridiculous circumstances. 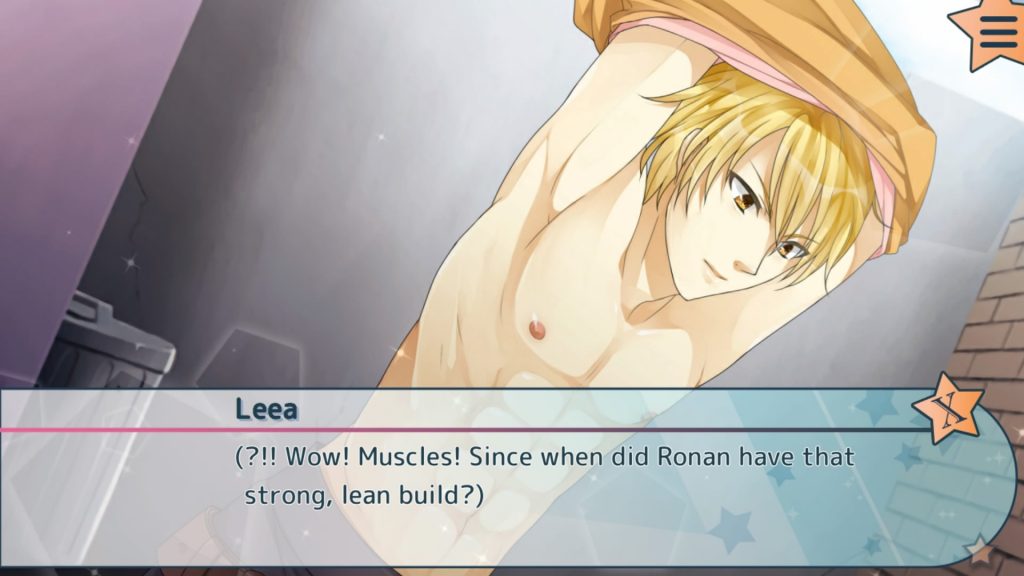 The introduction of Luccretias having a forbidden status does raise some external strife and plays into the latter stages of the story. It’s a shame that’s not fleshed out a little with Lilia seemingly being the only one you ever see. Still, it gets the point across although Ronan initially fawning over her much younger alter ego raises some questions.

Initially, I didn’t feel the romance was especially earned. It immediately kicks into gear but How to Take Off Your Mask Remastered does deliver enough history to sell it. Their orphaned past, Ronan’s new apparent maturity and all of that goes towards making it feel more believable. Focusing on these two did make the cast feel exceptionally small but I can live with it. 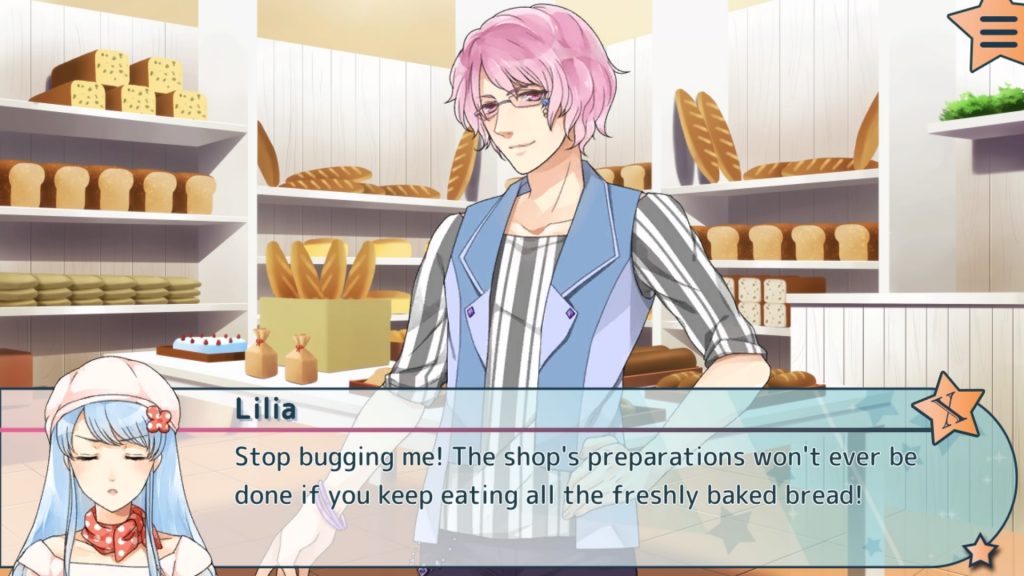 Gameplay settles into a familiar fare for visual novels. You read and you pick choices. There is a branching point in the story that seems to be dictated by two meters. One of these is for Lilia’s human side whilst the other relates to her Luccretia personality. The latter is supposed to reflect her true self but, given the complications with her age, I’ll stick with the story that doesn’t put me on a watchlist.

I’ll say as well that it’s not always clear which choice you’re making. Highlighted boxes aren’t the choice you’re picking which completely frustrates me. Orange text is supposed to indicate your option but it’s a hard habit to break. If you’re going for a specific outcome, you will be wound up immeasurably by this. It’s worth saving before each decision just to ensure it plays out as intended.

This branching design does allow for some more longevity, although the first playthrough is around 90 minutes. There’s six chapters and a prologue in the main story but bonus episodes are also available to unlock. It’ll probably take you a few runs to unlock everything which at least gives players something else to work on. 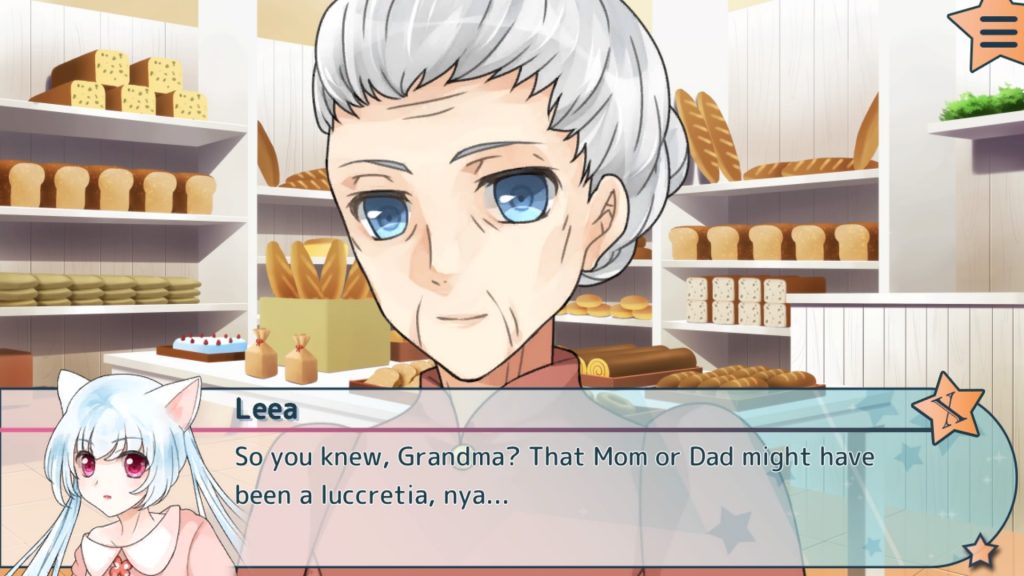 Visually, the anime portraits and backgrounds are nicely done. There’s plenty of character to them and they pop with plenty of colour. The scenery often repeats but scenes are often quick and snappy. They don’t linger and the whole presentation feels very lively. It’s fully voiced, although I found the Japanese dialogue to be fairly off-putting. The script leads to Ronan and Lilia exaggerating a lot of their lines and I find that annoying. Music is sound with the title theme giving the introduction a little more weight.

Overall, How to Take Off Your Mask Remastered won’t do much to convert me to the visual novel formula. It’s stereotypical in it’s use of genre conventions and I get peeved royally by another story that can’t just keep it straight. Genre fans probably won’t mind and, to the game’s credit, it is presented well.

How to Take Off Your Mask Remastered
5 Overall
Pros
+ Decently presented with some striking anime artwork.
+ Fully voiced with an okay soundtrack.
+ The romance plotline is decently fleshed out.
+ The branching narrative does give you something else to see.
Cons
- The highlighted text doesn't always make it clear what choice you're making.
- The small cast is made even smaller when it focuses on the two protagonists.
- Creepy.
Summary
With a decently told romantic plotline, How to Take Off Your Mask Remastered doesn't do a lot to stray from the genre's comfortable ground. All the cast seems to play double-lives but it quickly likes to concern itself with just our two protagonists. The splitting narrative does allow players to get more game for their money but, as someone who rarely likes visual novels, this doesn't change my tune.