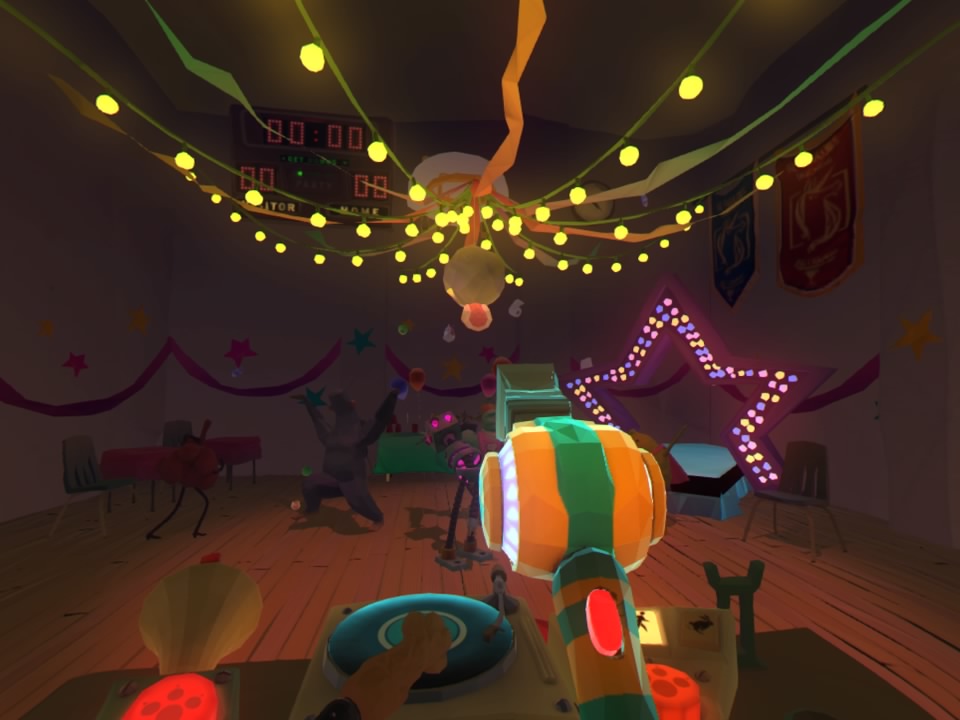 Despite their fine work with rhythm action games over the years, especially Amplitude, Harmonix Music VR isn’t a game and will probably disappoint you if, like me, the word Harmonix meant ‘must have’ so get that out of your head right away.  You won’t be travelling into the screen, tapping out rhythms and obsessing over the finer details of your favourite songs.

This is essentially a music visualiser with a couple of tech demo type modes tagged on and as such it has kind of alienated everyone.  Especially those PSVR owners who don’t have a couple of Move controllers stashed away.  So be warned, if all you’ve got is a DualShock 4 and memories of Rock Band Blitz, there’s nothing to see here.

Initially that was how I viewed the game.  Absorbing literally every bit of PSVR content I could get my hands on on launch day, this was the one thing that disappointed me but it is next up on the review list and I had liberated my dusty Move controllers in order to play Until Dawn: Rush of Blood, and I gave the game another go.

It’s easier to break the game down into its four modes as there is no continuity between them.

This is a visualiser of sorts.  It’s not very interactive (there is no controller support here) and instead all you are meant to do is pick a tune or playlist and enjoy the view from the beach.  To liven things up a little you can look directly at items that will trigger extra visualisations.  Bang on some early ’90s dance music and you’ll start having those nightclub flashbacks but once you’ve seen everything, and there isn’t much to see, this mode gets old pretty quickly. 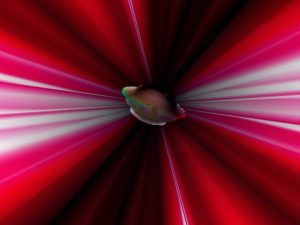 Taking things up a few notches, The Trip is even less interactive.  You simply travel forwards through a kaleidoscopic tunnel that morphs and pulses based on the music playing.  The visuals are much more intense than The Beach’s, again looking a little like an old dance music video.  It’s not the sort of thing you’ll spend a lot of time with but if you’ve got something suitably trippy or intense, this is a good mode to show off to non-gamers who are curious about the tech. 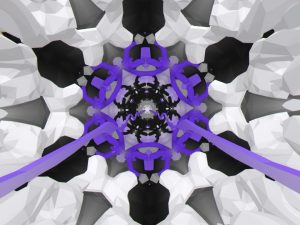 The first of the two more interactive modes is The Easel.  This mode sees you using the Move controllers to draw in 3D space.  It doesn’t take long to figure out the controls and for a while there this is sort of brilliant as you create art that again reacts to the music and can be manipulated in all sorts of ways.  It’s quite a shallow experience in terms of the gameplay but it’s like being some sort of virtual 3D printer and is sort of incredible.  Short-lived for sure but way more trippy than the first two modes. 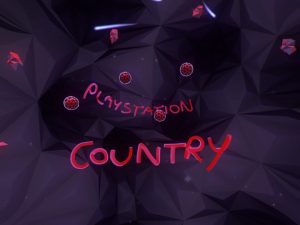 Again using the Move controllers, this mode puts you in the middle of a party with some very strange-looking party goers.  The first thing you can do is make them dance by manipulating their limbs and bodies in space.  That works quite well but you can also DJ at the party (by eating some cake, don’t ask) and mess with the song play are fire off a party gun and the classic rap air horn.  Eat more cake and you become gigantic and can pick up the party-goers and throw them around for a bit.  It’s a very daft mode and not one you’ll spend too much time with but it is at least amusing in the short term. 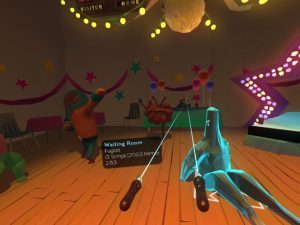 That’s it really.  You can use your own music (via USB stick only) on all the modes or stick with the very small included set list (which isn’t all that good) but that’s about it.  It’s quite odd really as Harmonix for sure could have, and should have, done a lot more and at least included one actual ‘game’ mode to keep people interested but what’s here is fun, if only for a short while.  I certainly don’t hate it but it is truly impossible to recommend as a game.  As a bit of VR tech demo nonsense though, it’s worth looking at but maybe the next time it gets included in a PSN sale.

Harmonix Music VR
4 Overall
Pros
+ The Easel is a really fun art tool. + Quite good as a music visualiser. + Each mode has good qualities to it, even if they are fleeting.
Cons
- Included set list is poor. - Modes are shortlived. - No 'game' to speak of.
Summary
Get your head around what this is and Harmonix Music VR is a fun little tool to play with but it has no real value and after thirty minutes, you've seen everything. It's close to being something good but Harmonix need to support this with new modes to make it at all worthwhile.