Gardener’s Path is the latest joint from yer man Ratalaika. As is the norm, this was originally on itch.io and developed by Viridino Studios, they also of Duck Souls, Rabisco and Pinkman. As is also the norm, the splash art on the loading screen is absolutely beautiful and bears little, if no actual resemblance to the game in question. The game in question being a puzzle game where you have to clear out each of the sixty levels on offer here. 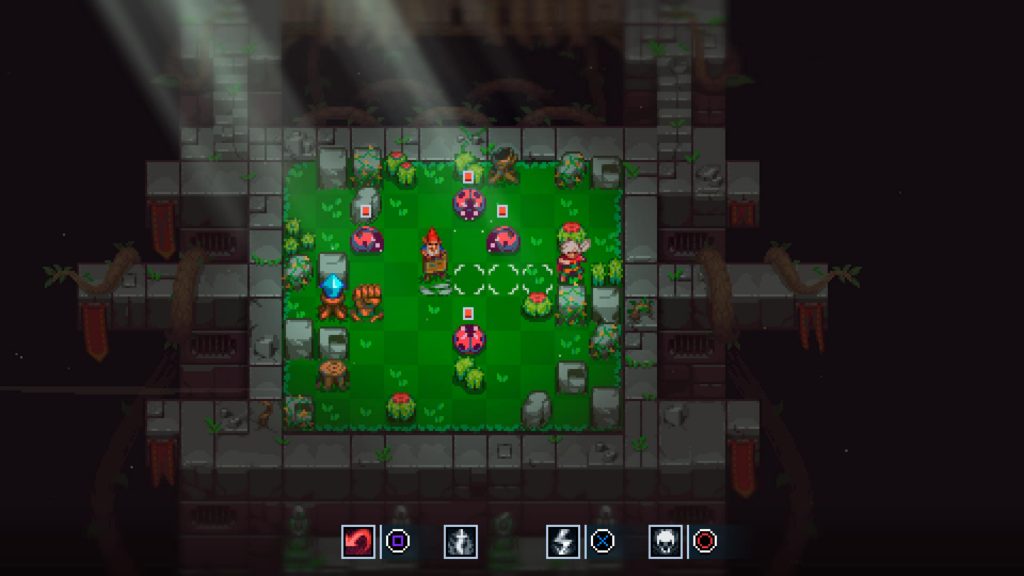 There’s a story tacked on to the start of the game about the surface of the earth being uninhabitable and the puzzles you solve being in ancient catacombs built by a goddess named Antheia. All entirely secondary to the matter at hand which is a fun enough puzzle game.

As regulars to the Ratalaika games will know, the trophies will come thick and fast, though in the case of Gardener’s Path if you want that sweet assed platinum you’ll have to see out all sixty levels. This at once ensures you’ll see everything the game has to offer while also making sure you don’t sack it off once the platinum has unlocked.

Gardener’s Path is broken down into tranches of five levels at a time, each set adding a different environmental hazard each time. Some are benign like carnivourous plants (aka teleporters) though many are for you to destroy. Once you’ve destroyed all the enemies in a level, you’ll be able to reach the jewel that acts as a level complete switch. 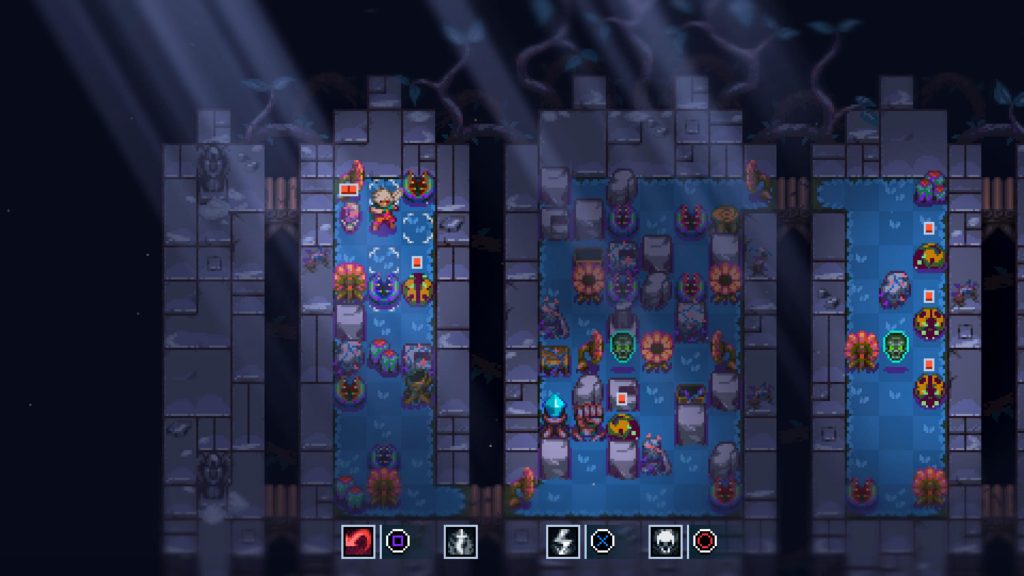 The levels generally only have room for one solution. In early levels you’ll not have much trouble really, but you’ll soon find yourself playing through levels a bit at a time until you eventually mess up. And mess up you will unless you’re some kind of gaming genius.

Heck, we completed the game’s PS4 version and still found ourselves struggling on occasion as we played through the PS5 edition. A pushover this ain’t. But with a little thought you’ll probably get through all but the hardest levels. Handily, there’s an excellent video guide on that YouTube that we resorted to checking when coming back to a level we had called time on the previous night. We’re saying there’s no shame in it. Gardener’s Path even gives you the opportunity to skip levels you’re really struggling on, but typically you’ll find they’re the one with an associated trophy. 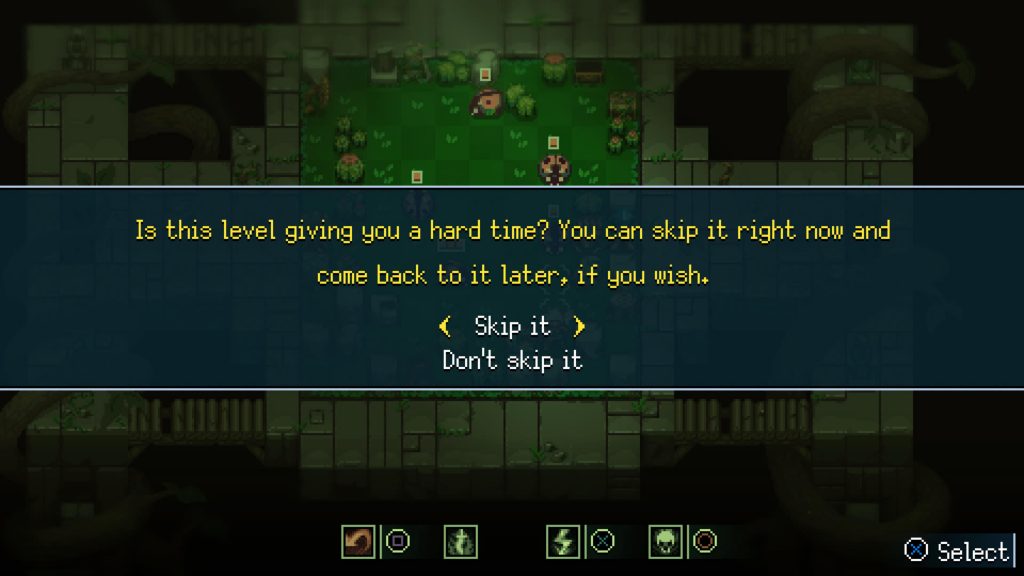 The hazards that kill you are a sort of cactus, but occasionally you’ll struggle to distinguish between them and benign bushes that you can traverse through. It’s a rare occasion thankfully, but no less irksome when it does happen. At any rate, when you hit one, your attempt is over and you’ll be faced with another of the frequent restarts.

There’s unlockables you can activate, even though they’re not much more than cosmetic skins for your character. Though confusingly, upon finishing the final level and, as far as we could tell, completing all the levels we didn’t have 100% completion. One of the gnomes that frequent the labyrinth told us of a dog on a prior level, we recall having seen it too. We may have even escorted it to the level exit and fulfilled his quest conditions, but we’ll never know as the gnome just repeats the same opening spiel. 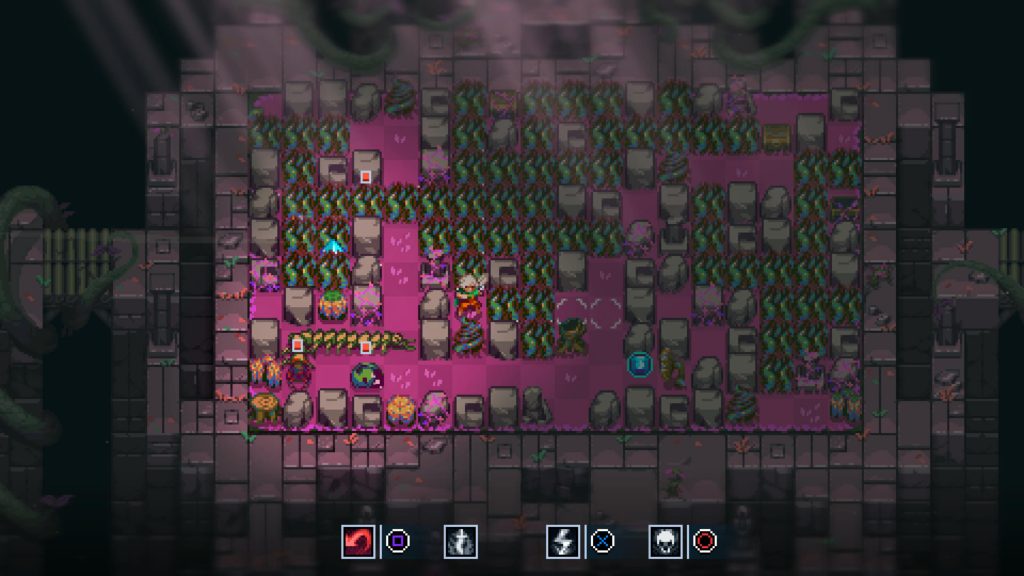 In conclusion then, Gardener’s Path is a fair puzzler that doesn’t fall into the usual Ratalaika trap of blowing its load before you’ve finished half the levels. For the most part, the puzzles are fair little logic puzzles, but every so often you’ll really struggle with one. If you crave a quick and easy completion, knock yourself out by referring to a guide, but we’d recommend you tried yourself first.