It’s always odd for me to be introduced to a long-running series I know nothing about. Games come out in all shapes and sizes but finding out FM Studio’s output does make me realise my knowledge of available games is a drop in the ocean. The two-person studio have been producing the Forgotten Hill series for almost 7 years and, in that time, plenty of games have come to fruition. Coming to consoles for the first time, Forgotten Hill Disillusion looks to deliver the puzzle game to a new audience. 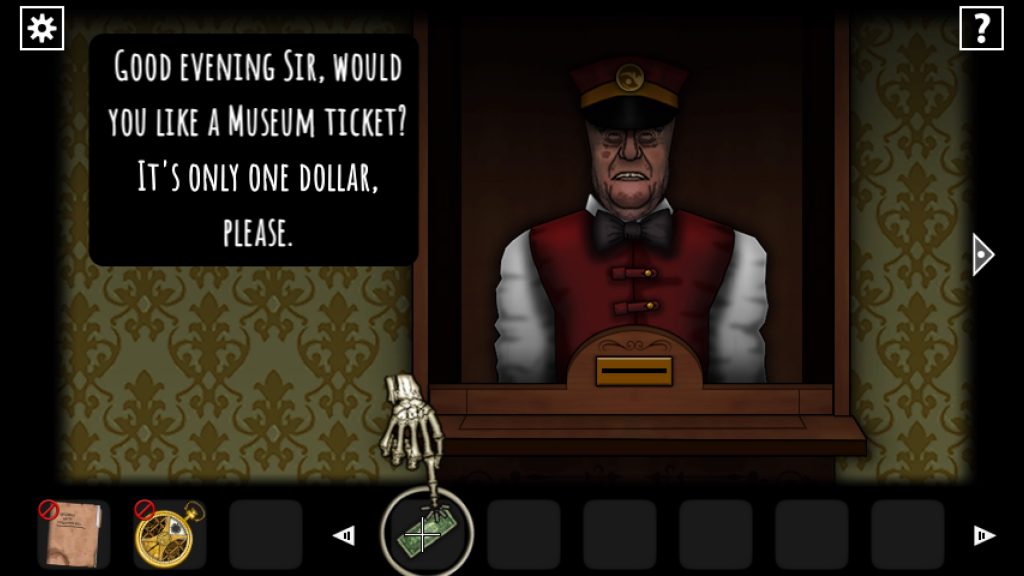 So the plot is incredibly simple. You play as Mr. Larson who is visiting the town’s museum. The hope is to survive but also rescue some children who have become captive within the building. Aside from the introduction and ending, the plot leaves you alone with any further context handed out in books and documents. Being a museum, there’s a lot of history to uncover about the town, residents and locations. It does help paint a bleak picture but it does tend to slip into the background as you solve countless puzzles.

It’s plenty to provide context for some of the museum’s contraptions and some of the tools Mr. Larson carries with him. It helps establish the game’s oppressive mood but can easily be ignored. Your main objective is to escape and a guard will very often block your path. There’s no convoluted twists and you’re left to devote all your thinking to the many obstacles ahead of you. 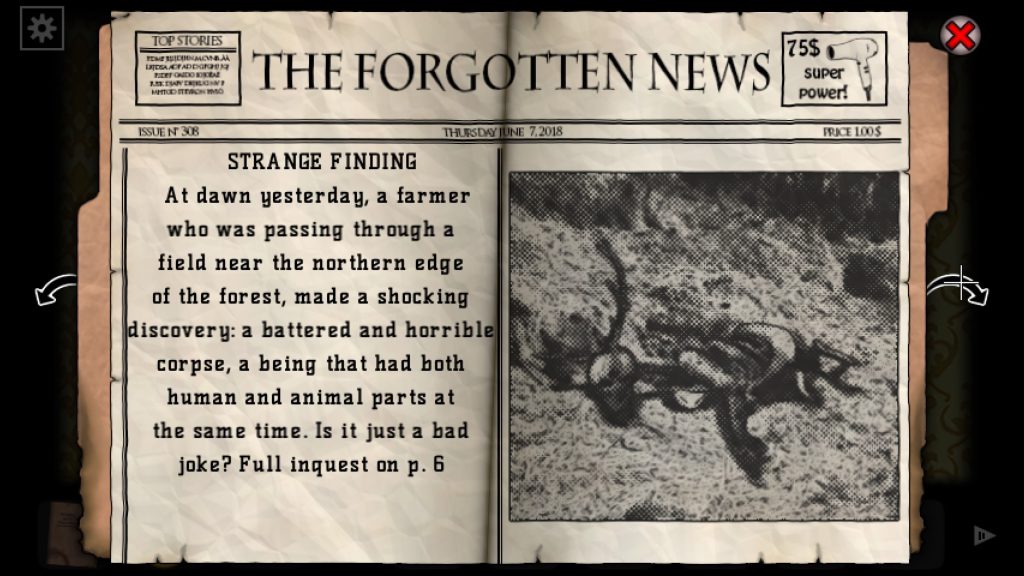 Forgotten Hill’s museum is densely packed with puzzles. There’s about four main areas and each one has several rooms packed with hints and conundrums. They range in difficulty but, as you progress through the corridors, the challenges become steeper and require a lot more thought. The answers are all there but you’ll be relying on environmental clues as well as any documents you’ve uncovered during your wanders.

There’s further tricks on hand when start using the camera. The museum already seems sizeable but this piece of kit can view into another dimension. To start with, it’s used to hide clues but, in the final third, you’re using it more often. At that point, you have a working pocket watch that can change the perspective at will.

At times it’s overwhelming but it does show you get a lot for your money. Playing it for review has somewhat exhausted me so I’d recommend playing it at a slower pace. It does carry a fairly recognisable structure with each exhibition of the museum locked off until the previous one is completed. It should give a player a good idea of when the climax is coming but Forgotten Hills: Disillusion keeps on running. 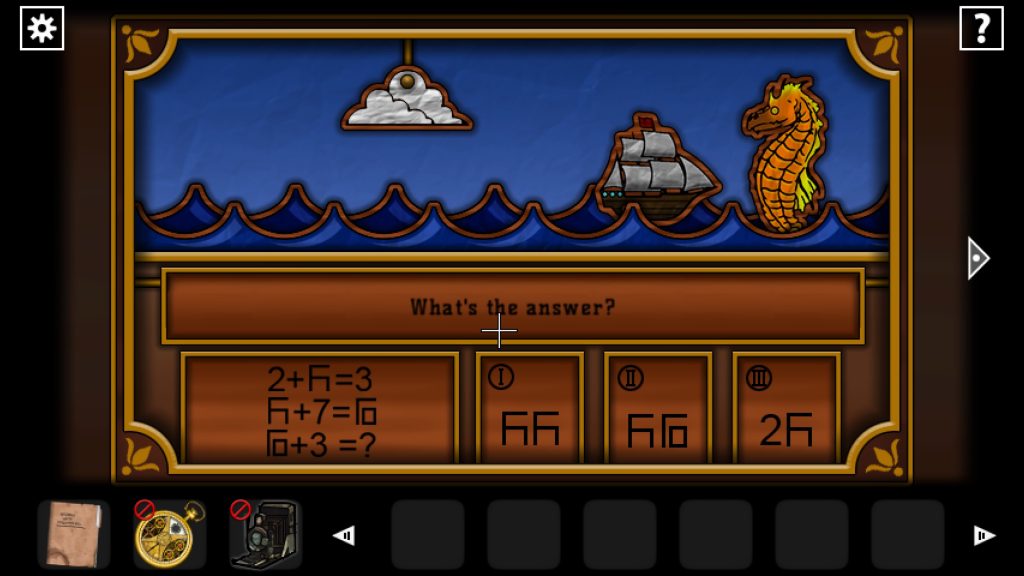 The final third effectively becomes a second run through the same areas. It’s nice to see familiar places being given new puzzles and a new purpose but I was definitely ready to call it quits. Again, it’s probably due to the marathon way I played through it but there’s not a lot here to take your mind off the countless puzzles.

The puzzles are varied and feel fairly self-contained. Most of them task your ability to apply logic but some also test your memory and ability to recreate what you’ve already seen. Interactivity is kept very simple. It’s a game that has a point and click interface with your inventory viewable at the bottom of the screen.

Any items you find from the environment fill said inventory and, once their use is spent, they vanish. I never found that especially cluttered and the use of items is kept largely sensible. Once I found an item, I wasn’t struggling for a reason to use it. Some of the things you pick up are solely there to show a solution. Even your camera can be used to recall pictures which is a nice way to keep important information within your sight. 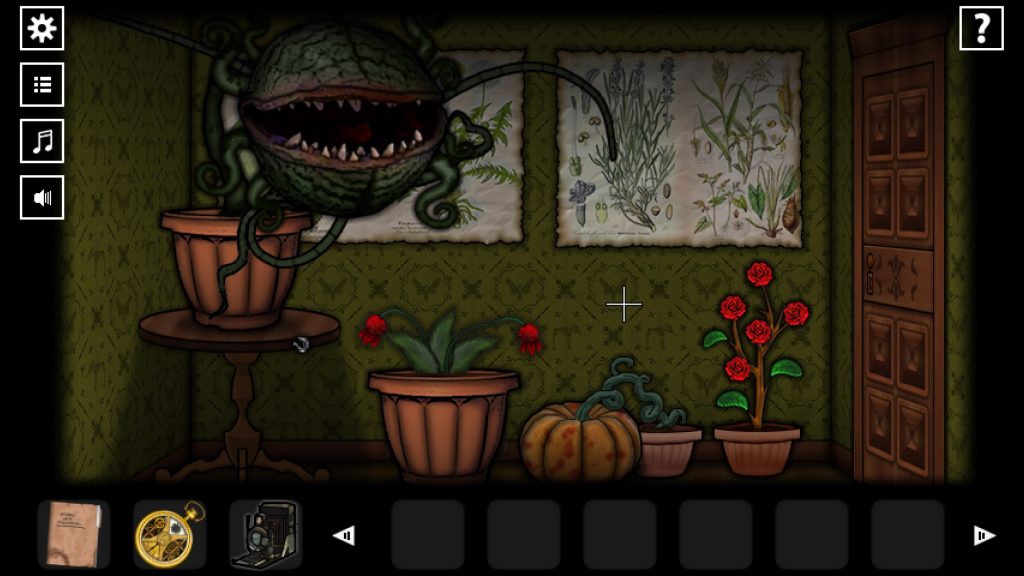 Visually, the grimy aesthetic does help lend an atmospheric horror to the game. Everything looks somewhat crude and grim and, whilst you are dealing with a lot of static images, there’s a gloomy filter that seems to wisp soot and dust in from the surroundings. Music’s kept sparse and sets the mood well. You do get the sense you’re the only person around as your footsteps plod along the wood floors. Any person you do encounter warbles in garbled speech. It’s effective, although it does start to bore as puzzles began to wear me down.

That’s ultimately what coloured my experience of Forgotten Hill Disillusion. The puzzles are well considered but they are constant. With it’s life starting out on mobile platforms, you can see how this game handles better in shorter sessions. The gloomy atmosphere is strong and there’s some world-building there, should you choose to engage with it. The puzzles are interesting but the sheer amount of them can make proceedings feel relentless.

Forgotten Hill Disillusion
5 Overall
Pros
+ Grim visuals that really help add to a spooky atmosphere.
+ Plenty of puzzles to tease your brain.
+ The hint system proves fairly helpful.
Cons
- Starts to drag in the final act.
- Very little plot to break up the puzzles.
- Finding the documents you need to solve a puzzle can feel a little clumsy.
- A few puzzles require genuine precision on a controller.
Summary
Forgotten Hill Disillusion deals in some great, heavy atmosphere. It's suitably oppressive and I think the rough and ready visuals add to the grim aesthetic. The puzzles are inventive but there are times where they feel relentless. In smaller sessions, it's bearable and there's plenty of hints and information on hand to get you through. Unfortunately, I found the game dragged in the final act and some puzzles required genuine precision that a controller can struggle to give.