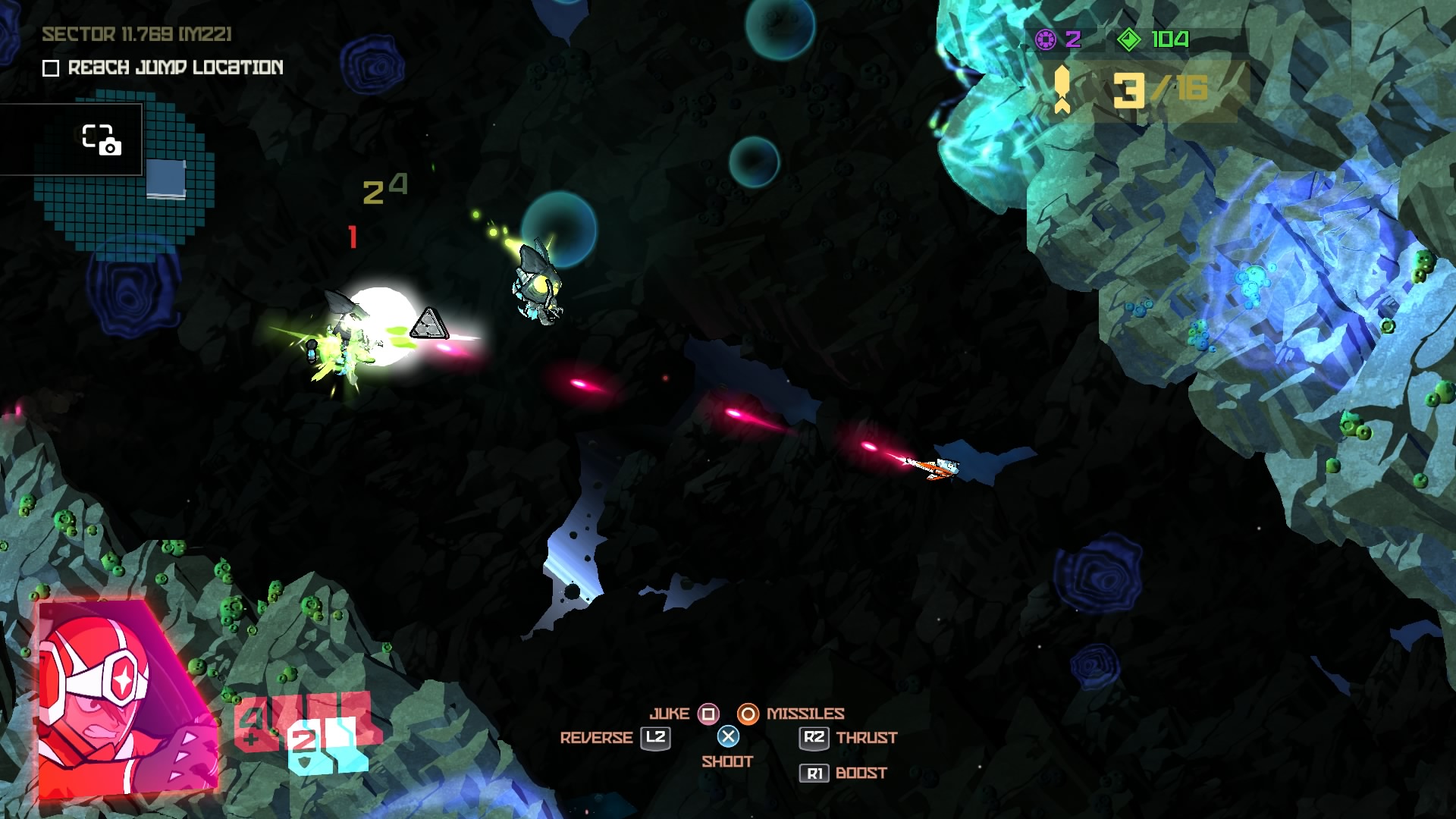 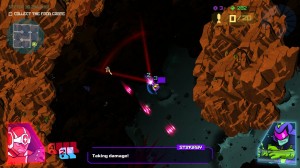 If there are two things I don’t like they are anime and thrust-based shoot ’em ups, so Galak-Z (which in my head is ‘Galak-Zed’ no matter what they intended) definitely had its work cut for it when I decided to review it.

The game is a space-based twin-stick shoot ’em up that’s heavy on inertia physics.  That means that instead of weaving in and out of enemy fire at top speed, you need to take a more considered approach.  It’s a genre that stretches from Asteroids to PixelJunk Shooter and I can take it or leave it but, to its credit, Galak-Z gets a lot of things right.

The first thing to note is the game’s interesting mission structure.  Galak-Z models itself on a kind of 1980s anime cartoon kind of thing and even goes as far as to break the game down into ‘episodes.’

Each episode in turn is comprised of five levels that seem to be randomly selected and also procedurally-generated.  Each level has a task (usually find or kill something) and you can either go straight towards it or spend your time picking up upgrades and salvage (the in-game currency).  Taking the extra time to do this is worthwhile as you’ll need all your firepower for the higher stages of an episode. 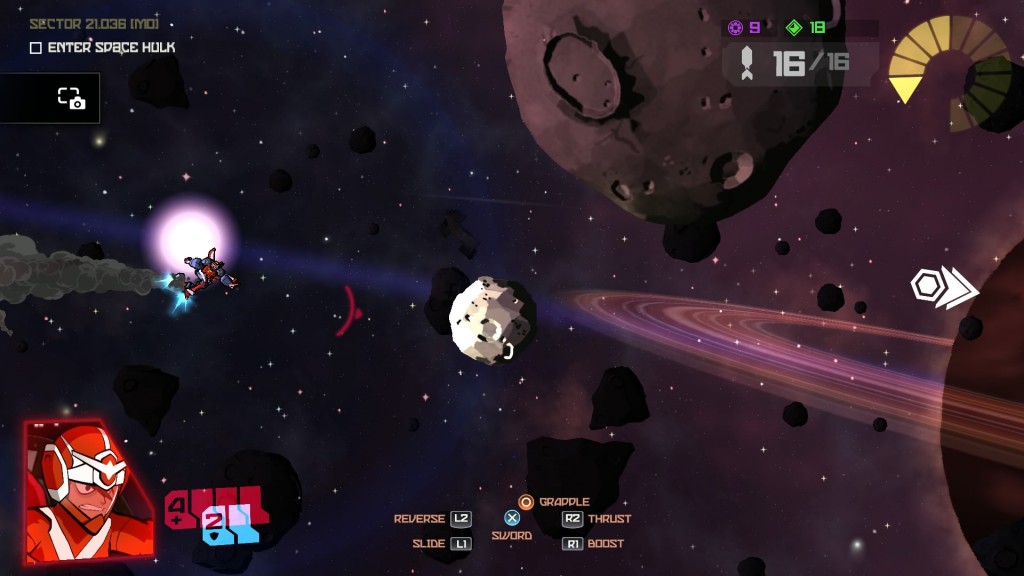 Upgrade progress comes quite quickly but is a little limited.  You can upgrade five aspects of your ship but the choices are relatively small.  That said, they are helpful enough and welcome when you face the larger enemies, or groups of enemies, that the game throws at you.

The interesting thing is that if you die in a level, you have to restart that entire episode.  This adds a legitimate element of risk and caution to the game.  Fighting through four stages, picking up all the upgrades and salvage you can, just to eat a dick on the fifth stage is about as heartbreaking as gaming can get.  This approach gives the game something of a Rogue-like structure as struggle against the odds to get to the next episode.

That’s all well and good but, for us, the combat has to be right and thankfully Galak-Z bucks the trend of all other thrust-based shoot ’em ups by being fun and enjoyable to control.  Sure, the physics mean that you are slightly wrestling for control but it feels right.  It does mean that you need to employ a more measured approach, which in and of itself means the game is a little less exciting that the usual shoot ’em up, but it is enjoyable. 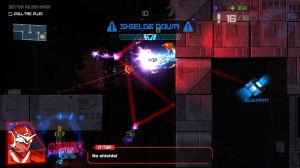 Interestingly, after the first mission a whole new wrinkle is added to the game when it suddenly adds a mech-transformation ability to your ship.  The mech uses a sword for close combat and a grappling hook to either bring enemies into range or to throw them, or other objects, around.   From that point the player if free to choose whichever form they want at any time and it really is a nice addition to the game.

Add to that the excellent in-game presentation that combines sharp, cel-shaded graphics and moody space music to create a decent atmosphere even if the between mission bits are full of stupid anime dialogue and the sort of generic rock soundtrack that Sega would put on anything.

Galak-Z ends up being a nice surprise.  It’s got enough charm and personality to go along with its solid shoot ’em up action to make it a lot more enjoyable than its contemporaries and if I can like, anyone can.

Galak-Z
7 Overall
Pros
+ Good combat + Interesting mission structure + Decent controls for this kind of game. + Well-presented
Cons
- Story is nonsense - A little samey - Failure is punished pretty harshly
Summary
Galak-Z offers up a tough challenge and the structure can be punishing but the action is enjoyable, even if you don't tend to like thrust controls.