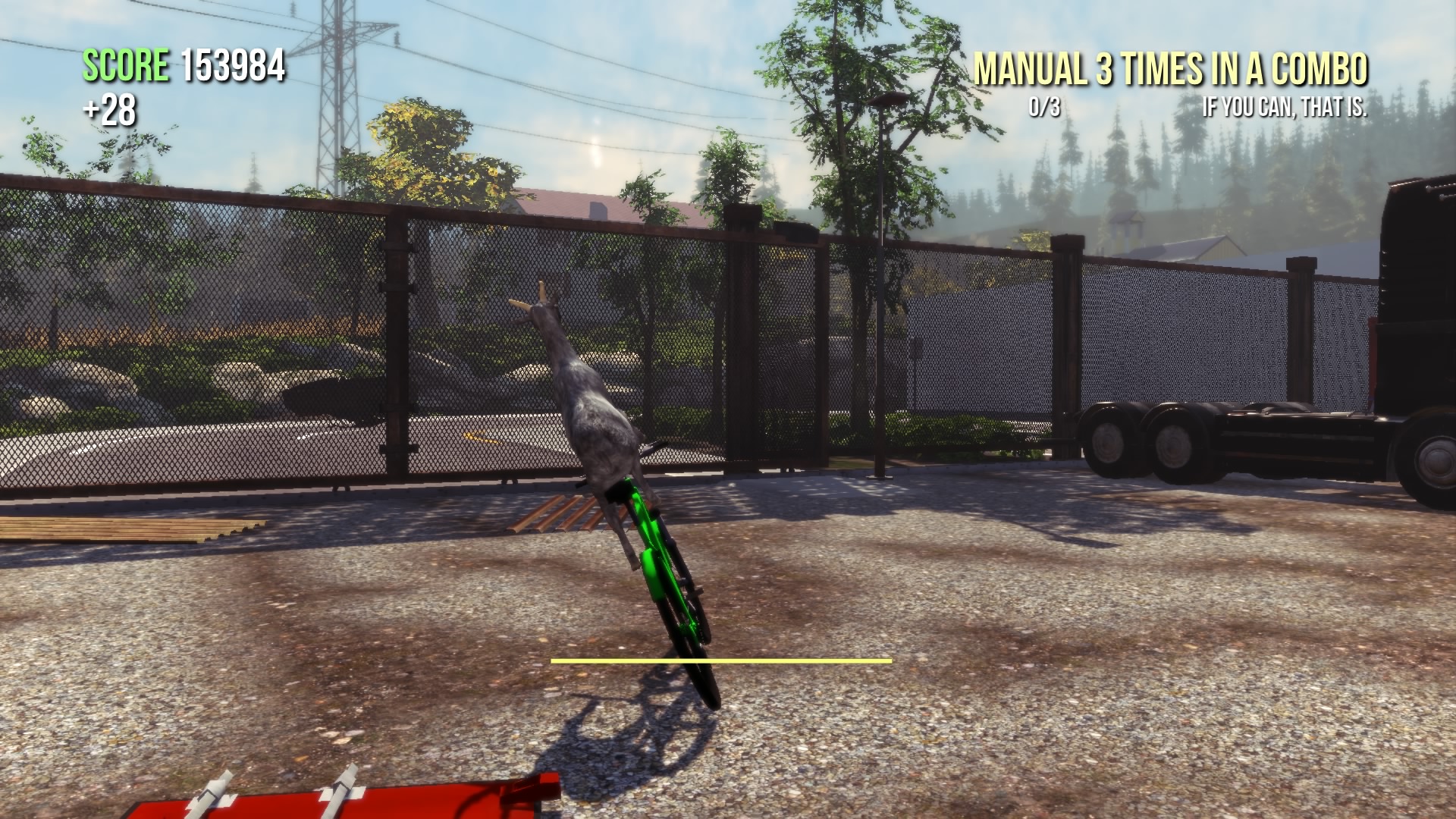 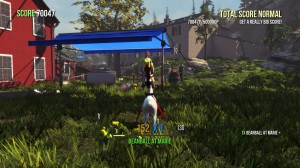 For a game that started life as a joke, Goat Simulator by Swedish coding mentalists, Coffee Stain, has done well to make it all the way to the current gen of consoles and while our Xbox One chums have been enjoying the game for a while, this most ridiculous of simulation titles has finally landed on the PS4.

With no plot to speak of, you control a goat whose aim is to complete various tasks in two small open-world levels, and our initial impressions were not too favourable.  Playing a little bit like a skateboarding game, you’ll be causing as much damage as possible while trying to keep your combo going and at first the controls are pretty clumsy and the graphics are pretty basic.

Goat Simulator bills itself as a physics simulator and this is quite accurate, even if the physics aren’t.  You can push and drag objects (using your infinitely strong tongue) as well as experiment with trampolines, giant fans and other objects that will throw you or objects all over the place. 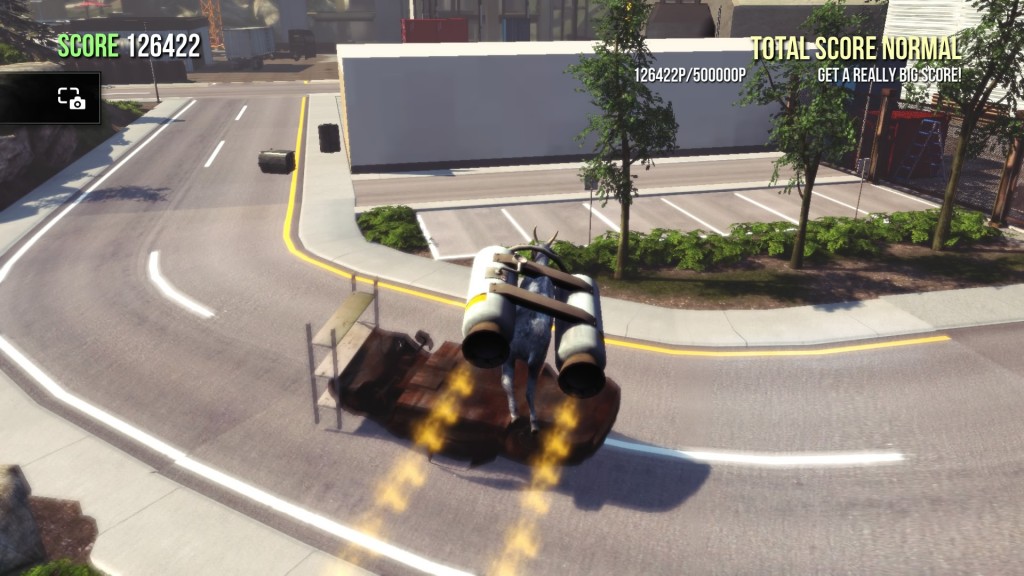 The game has a list of a challenges to complete which involve either destroying things, getting as much air as possible, using manuals (your goat walks around on its front hooves) or getting big scores and as we worked through these challenges, the game started to become more enjoyable.

Added to that, the game is full of daft things to see.  The easter eggs form a large part of the game’s trophy list and are worth checking out as it shows off Coffee Stain’s odd sense of humour.  Latching onto a passing hang glider with your tongue and being thrown around the level is just one of the bizarre treats on offer. 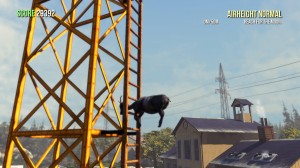 As you complete the various trophies the game has to offer, new goat ‘mutators’ are made available.  These allow you to various things such as double-jump, float, put on a jet pack, summon dead goats… yeah, that kind of stuff and it all just adds to the mad nature of the game.

Goat Simulator isn’t a game to read about or even watch on YouTube.  It’s something that you should play, especially if you’re a fan of dicking about in experimental game worlds.  The presentation may be amateur at best (although the in-game music is fantastic) and the gameplay clumsy and even a little buggy but the game has heart and a sense of silliness that we found quite endearing.

Goat Simulator
7 Overall
Pros
+ Shamelessly silly + Good fun to play + Lots of stuff to discover
Cons
- Graphics are average at best - Controls are a little bit too clumsy at times
Summary
As silly as Goat Simulator is, there's a very playable game here. It's almost like a skateboarding game, except very much not, but the scoring and goals will feel familiar to fans of that genre.