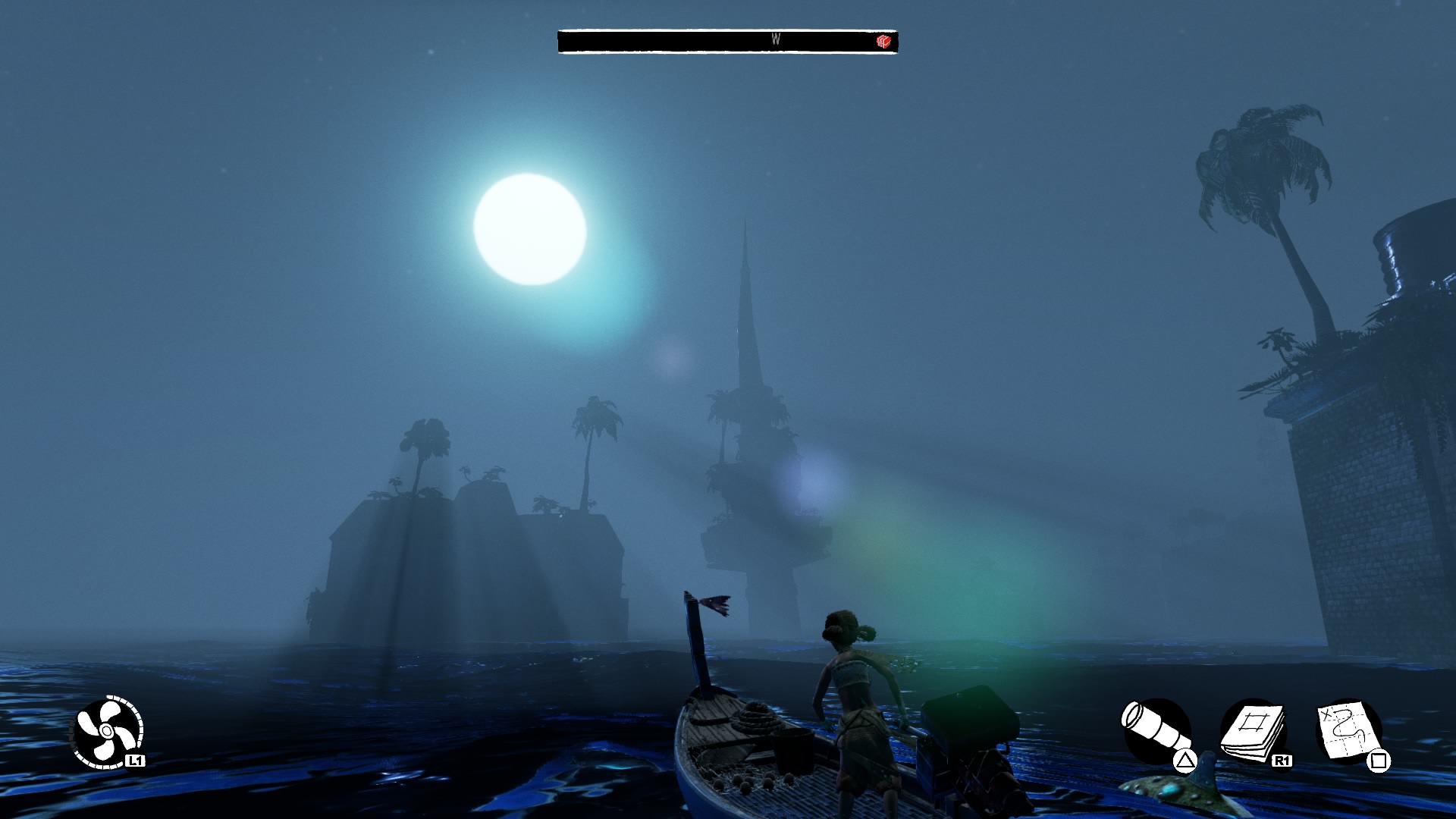 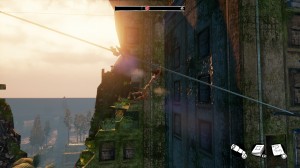 Submerged has just been released on PS4 and is a game where you cannot die. Your character is not immortal, there are just no threats present in the game. It’s all about exploring an environment at your own pace and not much else.

The best way to describe the gameplay of Submerged is to compare it to an open world game, but very specifically the part of an open world game where you search for collectibles. You go around in your boat looking for upgrades in the water, wildlife, optional collectibles around the environment and of course the main objectives which involve a little climbing. Climb to the top, reach the objective, warp back to your brother for a bit of story and then move on to the next task.

The climbing controls are pretty basic, with only the left analogue stick being used. You walk up to a ledge and your character will climb up, push up to climb up further, down to climb down and left and right to shimmy. This did cause some issues where I was just running past a climbable object and the character decided to start climbing and the controls in general are a little stiff but as the game doesn’t have any hazards it isn’t game ruining, just mildly irritating.

There is a story in Submerged but it’s both very short and super basic, if you just blitz through the main objectives then you’ll be done in two hours, if that. The story starts with your character arriving at a drowned city with her injured brother and she goes searching for supplies to hopefully help him recover, whilst learning about the city they now occupy. All the story beats are presented in basic cave painting style panels and are a little heavy handed but thanks to the excellent music they do carry some weight. The music in general is a high point as haunting but beautiful tunes play as you sail around. 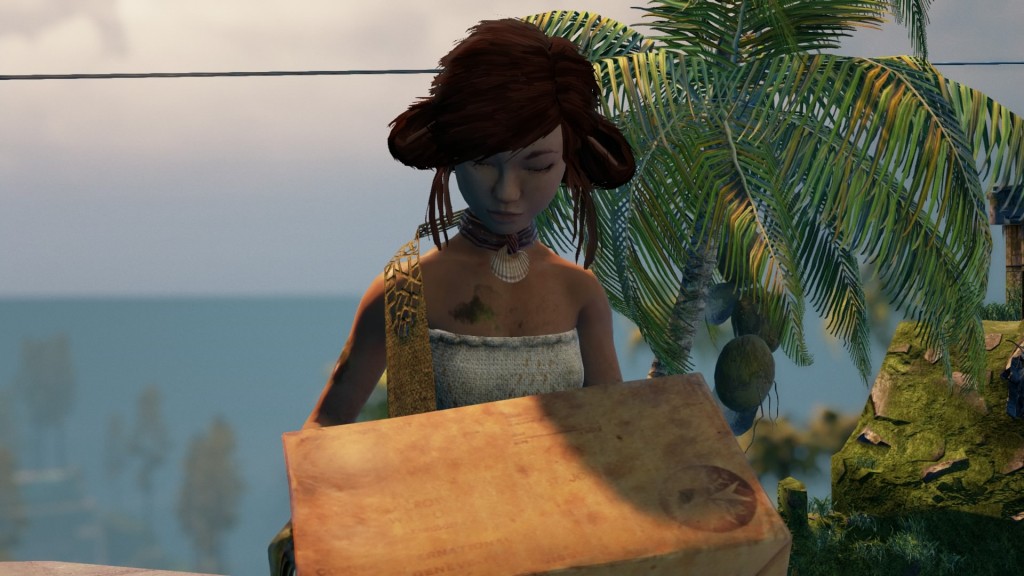 The same can sometimes be said about the visuals. When the sun is going down (the game features day/night cycles and varying weather) and it hits the water the right way, peaking through the buildings as you sail by and a whale rises up out of the water next to you then it can be quite breathtaking. However, when you’re out of the boat the animation on your character isn’t great, some of the textures you climb past are awful and lazily slapped on to surfaces which aren’t varied enough to make one dilapidated building look any different to another. The frame rate can stutter quite dramatically at points too.

Unfortunately I’ve already described everything the game has to offer. A game without combat is an interesting curio but it has been replaced with nothing, so all you end up with is a movement simulator. Your brother is injured but there’s no urgency to your actions, you’re constantly looking for provisions for your brother but your character requires nothing, things along these lines would have given a little more meaning to the gameplay and brought you closer to the characters. As it is things just happen and then it ends. 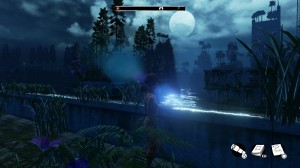 For a little while I expected something more, but the simple fact is if I didn’t bother doing all the extra hidden stuff for completions sake and just went along the critical path then this would have been over before I knew it and massively underwhelming. As I did go exploring the game lasted me a little longer, the story was padded out a tiny bit and I saw some lovely scenery. The price is steep but if you’re happy to just do a bit of virtual sightseeing in a sunken city then Submerged may satisfy you, if you’re looking for something a little deeper then you will end up disappointed.

Submerged
5 Overall
Pros
+ Great music + Graphics can be beautiful + Nice change of pace
Cons
- Incredibly short - One note gameplay - Graphics can be weak
Summary
The price is steep but if you're happy to just do a bit of virtual sightseeing in a sunken city then Submerged may satisfy you, if you're looking for something a little deeper then you will end up disappointed.