Foxyland is the latest and greatest from Ratalaika Games. OK, that’s maybe pushing it a little bit  but it’s a return to what certain sections of their audience expect. The developer is Bug-Studio, who have previous form in recent run and gunner Deep Space Rush.

Foxyland is a fun enough platformer with a cute enough main character. But it falls down on a few points which we’ll go into during this review. Everything starts off promisingly enough. Collect all the diamonds to unlock the level exit while negotiating the generally straightforward platforms. The level designs are reasonably well laid out with occasional switches. Some diamonds are unreachable until you trigger a switch, and in some instances spawn a bunch of enemies into the bargain. You’ll have to outrun spiky walls of death that turn the level into an autorunner on occasion. Thankfully these aren’t too frequent. 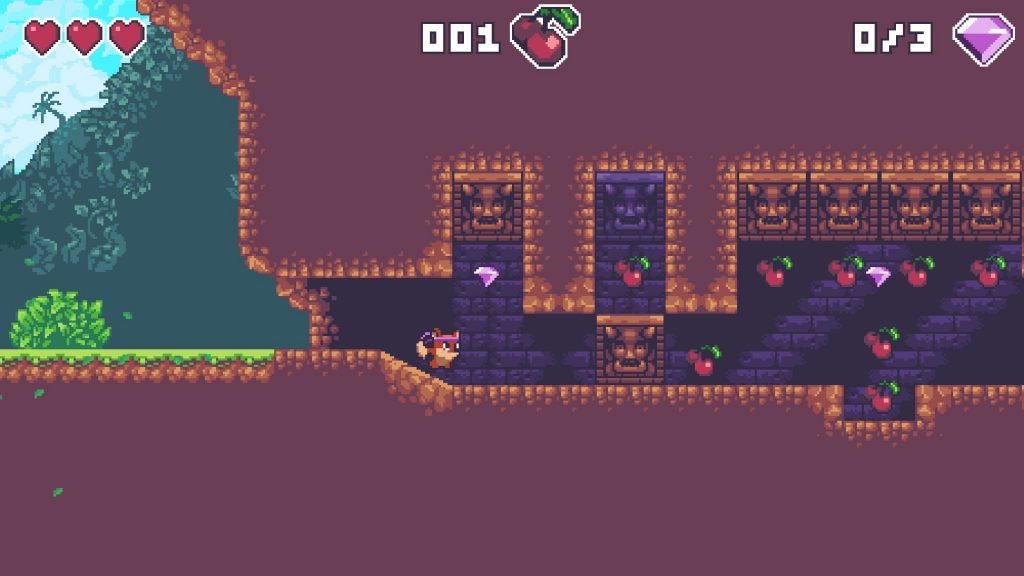 In addition to diamonds you can collect cherries which act as currency in the in-game shop. This shop is all well and good but represents a typical missed opportunity prevalent in Rata releases. Other games might ask you to unlock all the cosmetic upgrades for a trophy, here one  upgrade is enough. To compound it, you can only use one item at a time. This would be understandable if the items offered a  buff, but as we mentioned they’re purely cosmetic. Any impetus to unlock anything more than a couple of items is removed due to the silly prices in the shop anyway.

You get three hearts before you’re catapulted into the screen in an ignominious death animation. It’s quite funny to start with but not after you die cheaply for the umpteenth time on a level. This isn’t an issue on the earlier levels, but when combined with some of the trickier gauntlets you’ll encounter you’ll wish for the chance to replenish one heart at the very least. 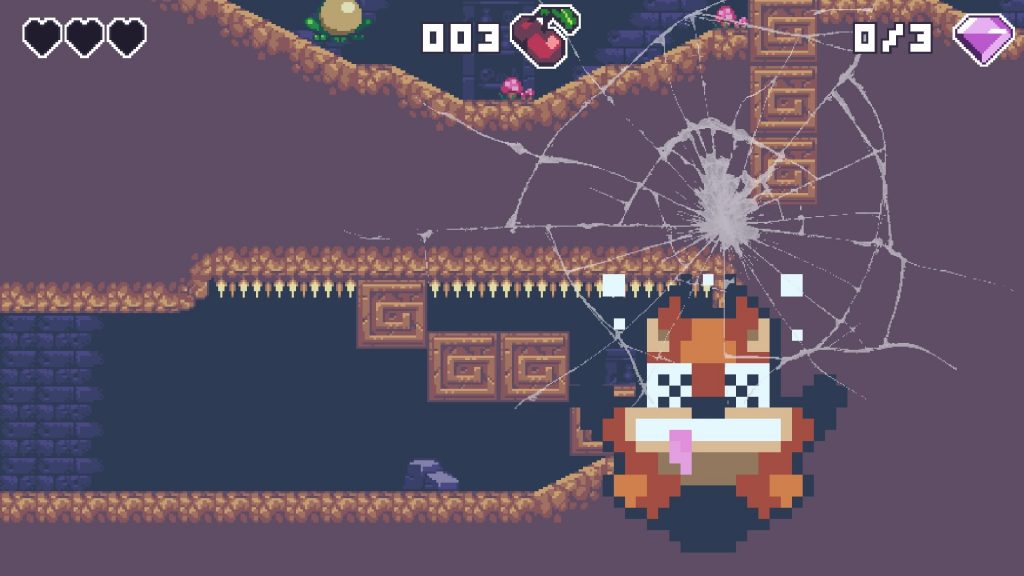 Though for most players this won’t be an issue as the final trophy unlocks when you complete level twenty. Never mind there’s another sixteen levels besides. As well as another three apparently Halloween themed levels, the first of which is a fair challenge. Never mind the remaining two which are absurd ordeals you’ll try once before attempting something less onerous. We recommend sorting odd socks out instead.

The challenge also ramps up considerably after level twenty, almost as if the developer realised very few people would continue once the platinum had popped. It’s a daft thing to put a brick wall to halt progression where a slightly gentler difficulty curve would potentially encourage players to continue. This affects plenty of other Ratalaika games if we’re honest.  There being very little incentive to the layman to continue.  Once again, Bug Studio probably knew what they were getting when they signed up with this publisher. 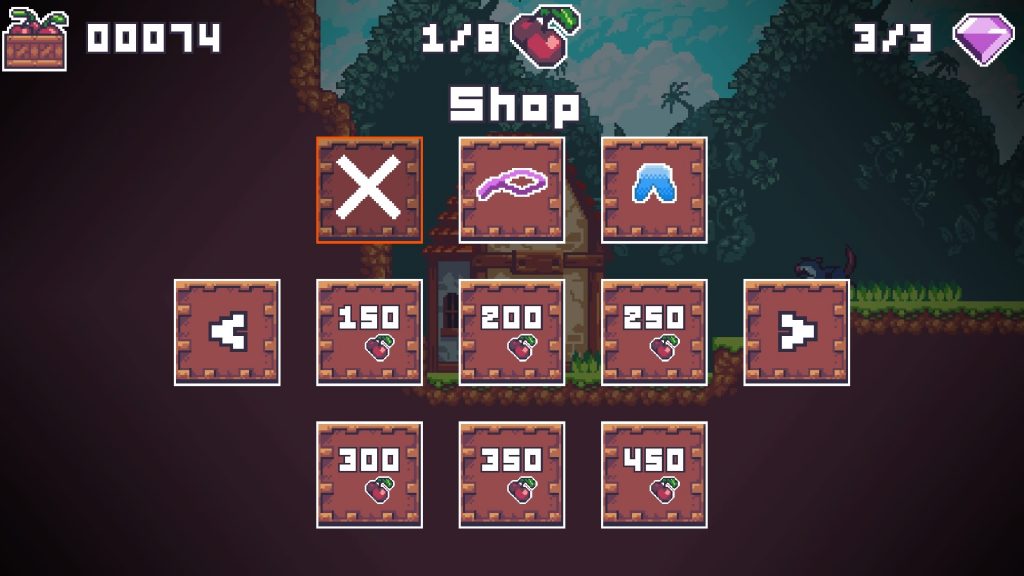 As you progress through levels you’ll come up against a few different enemy types, all of whom can be neatly dispatched by jumping on their heads. Firstly, there’s running opossums (one trophy), then jumping frogs (yup, another) and swooping eagles. You guessed it, another trophy for your first kill. In isolation they’re straightforward enough to deal with, but collectively with some occasionally fiendish level design they can prove irksome. Coupled with your three hearts and some quite deliberate placement by level exits, you can occasionally feel like the dev is trolling you a little.

You’re equipped with a double jump from the outset, this is generally enough to get you out of most scrapes. However, it’s not the best implemented and you’ll often plunge into oblivion despite your best intentions. Transitions off ladders and vines are also sloppily implemented and you’ll regularly come up short on what should be a straightforward exit. It has the unfortunate side effect of making you resent Foxyland. 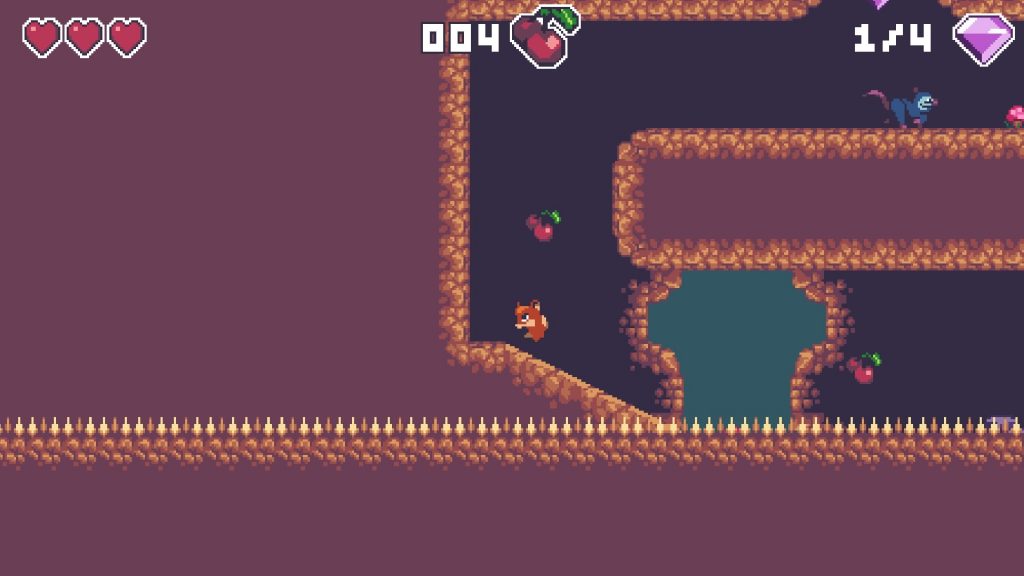 Another issue, just as irritating, is you can end up completely trapped by the after-effects of a switch activation. The only option you’ll have is to kill yourself or choose a level restart. Not so bad on a short level, but on a long strung-out effort your goodwill is eroded very quickly.

On the face of it, Foxyland should be a solid little platformer but the sloppy traversal implementation and occasionally absurd level design make it nothing more than an average effort. The typical crossbuy Vita effort is included and make this a better value proposition than it would be otherwise. A total of ninety minutes was all it took for us to unlock both platinums, though familiarity with the PS4 version helped us out on Vita.