Flat Kingdom is a 2D-ish puzzle platformer that comes to us by way of Mexican coders Fat Panda.  It first emerged over in PC Country back in 2016 but has now found its way to PSN thanks to prolific porters Ratalaika Games.

The game is set in the titular Flat Kingdom, a 2D land that has something of a Paper Mario/Parappa kind of infrastructure to it.  This is a papery place that was enjoying a prosperous period of peace until their princess was snatched by a sneaky so and so.  What’s worse is that he’s also nicked a gem that is the only thing that is protecting this 2D place from an invasion of 3D foes. 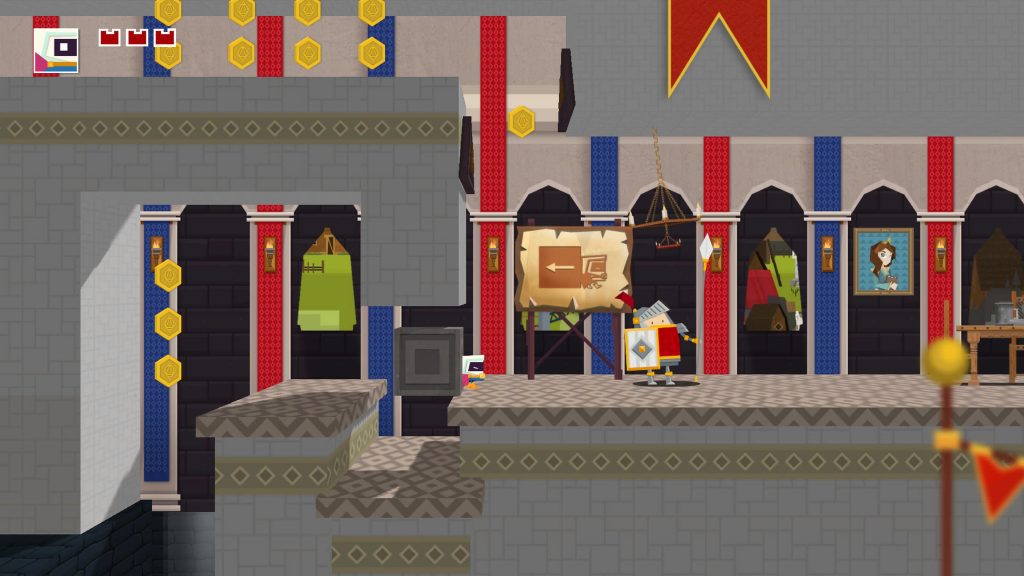 Every drama needs a hero to sort it out and so you get to play as Flat, a creature that can run, jump and shapeshift.  The running and jumping is pretty self-evident.  This is a platform game and so you’ve got gaps to cross and obstacles to climb.  However, it’s the shapeshifting mechanic that really sets Flat Kingdom apart.

Flat can take one of three forms.  In his circle form, he’s able to double-jump.  As a triangle, Flat can move faster.  Flat’s final form, the square, is slow but can push certain obstacles around (this is mostly used to close up gaps to make them jumpable).  Each shape is mapped to the corresponding button on your joypad, which makes the game feel like it is designed for PlayStation, even though it wasn’t. 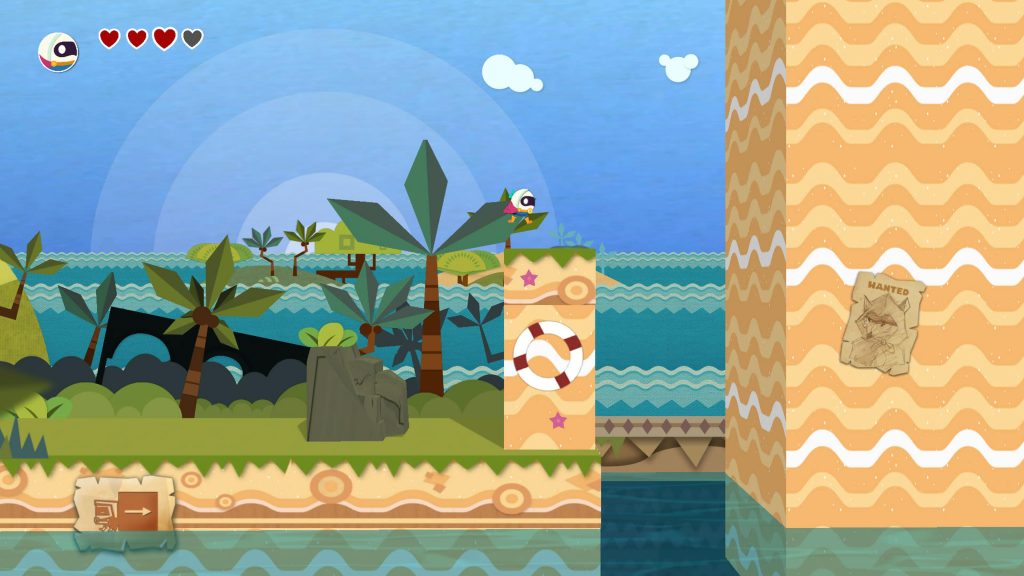 Your shapeshifting abilities are also used for combat.  In a similar system to ‘Rock, Paper, Scissors’ you can can take out circular enemies if you’re a triangle, triangular ones if you’re a square and square foes if you’re a circle.  That sounds simple in practice but it does take a while for those rules to solidify in your head and this isn’t helped by the visuals which don’t always make it clear.  For example, what do you do against a fish with a squarish body and triangular fins?

But for the most part the game gets things right and if you do find yourself losing all your lives, you’ll checkpoint back to an earlier point in the level but any defeated enemies will stay disappeared, so it’s all quite accessible. 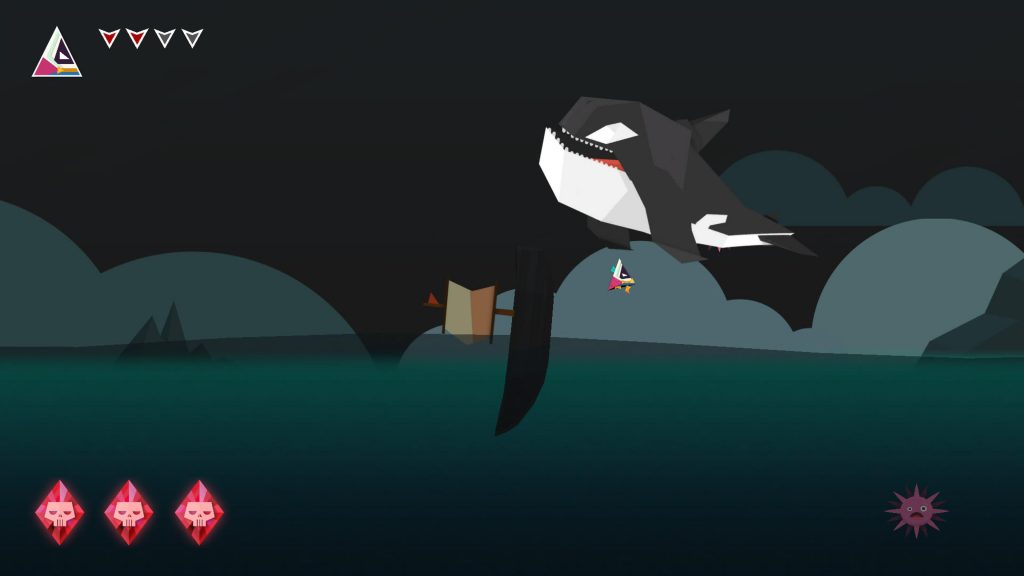 The main game isn’t too tricky but isn’t your standard Ratalaika rinse either.  The puzzles do take a little bit of solving and, occasionally, you can find yourself getting picked at by a difficult enemy but most of the game’s harder moments come from the boss battles.  Executing a solution to defeat them isn’t usually too tricky but figuring out what you’re meant to do can be.  That said, these encounters are definitely the highlight of the game as they are quite inventive and interesting to look at.  Getting torpedoed by an angry orcha or chased by a giant spider does make for some memorable gameplay.

There’s just enough variation too with different level styles, including a tricky underwater stage.  It keeps things a bit more interesting which, frankly, the game needs as it is all going at quite a sedate place.  So really our only main niggle is that the controls can be a little unintuitive, the puzzles/boss battles a little obscure and that it’s maybe just a bit too slow. 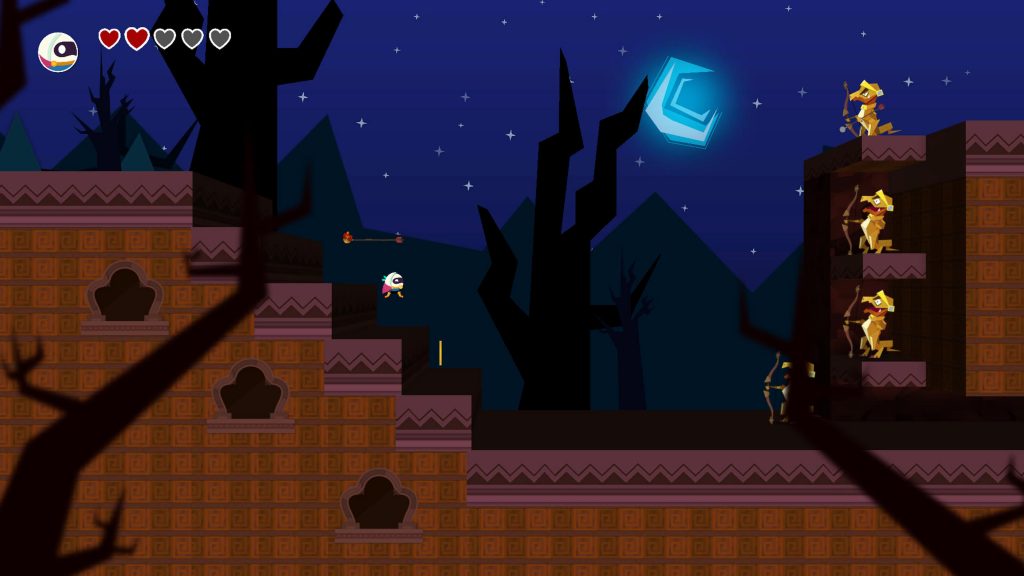 In terms of its presentation, we’re quite pleased with Flat Kingdom.  The paper-thin 2D mixed with 3D elements works quite well.  It’s not as impactful as Parappa or Tearaway but this is a budget game after all and it doesn’t look bad.  The music is surprisingly decent though with industry legend Manami Matsumae of Mega Man fame providing the music.

Being a Ratalaika game, you get the PS4 and PS5 versions together, each with its own very easy trophy stack, but this is one trophy-whoring game that you’ll want to stick with long after that Platinum pops because Flat Kingdom really does have its fair share of interesting sights to show you and it deserves to be played through to the end.

Flat Kingdom
7 Overall
Pros
+ Good core gameplay mechanics
+ Well-designed levels
+ Decent boss encounters
Cons
- Visuals don't always give the best clues for what to do next
- Might be a little boring for some
- Controls and general gameplay can feel a little clunky
Summary
Flat Kingdom is a cute puzzle platformer that might be a little sedate some gamers but it rewards your time with some nice looking levels and a few memorable boss battles.