Expand is an odd game to describe.  The blurb in the PlayStation store explains how Expand offers an atmospheric experience of exploration, discovery and introspection and I suppose that is one way of describing it. Another way would be to say its an indie game where you navigate black and white circular mazes and avoid anything in red. 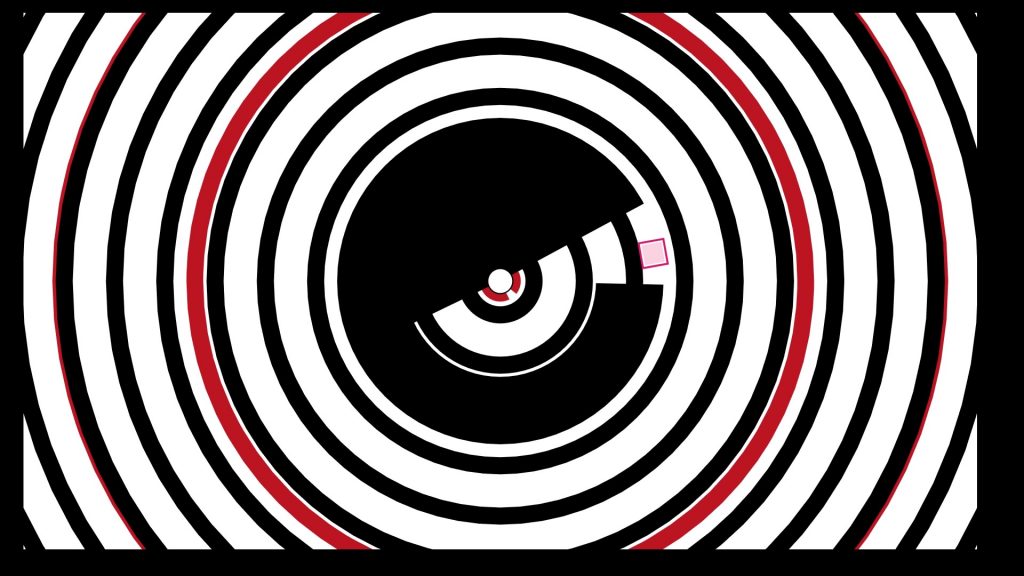 Looking at screenshots gives you an idea of what the levels looks like in Expand but this fails to accurately convey what its like to play. In movement the game is almost hypnotic as everything moves and changes. If anything it sort of reminded me of a magic eye picture or a modern art installation.

In playing Expand you control a pink square and move with the left stick, there are no other controls. The basic idea is to navigate the circular maze and reach the other side avoiding being crushed by moving blocks or touching anything red. The whole level will rotate and scale as you navigate, nothing ever stays still, it really is a beguiling game to look at in motion. 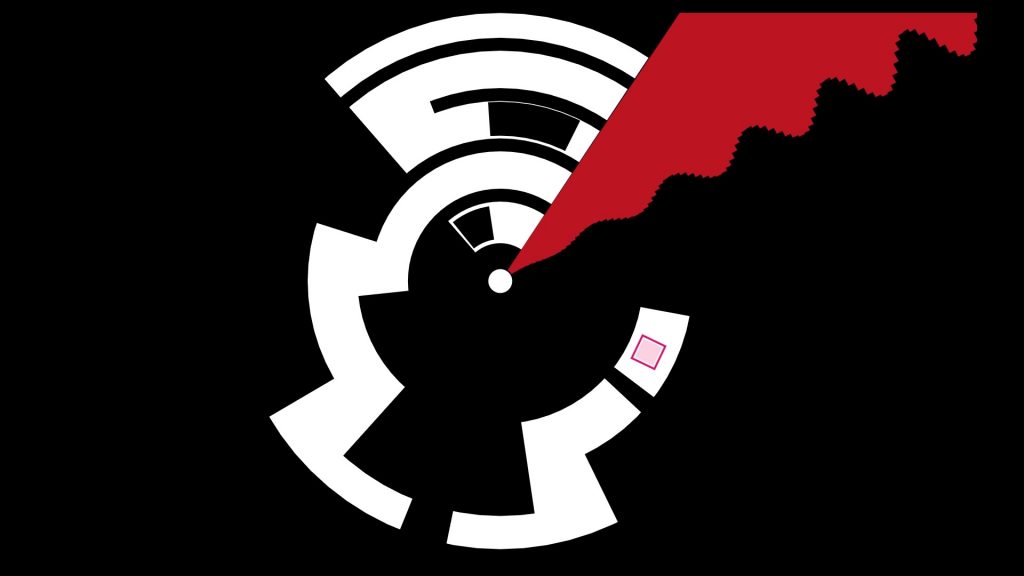 There are four main areas and one final wrap up level and in total it took me around five hours to complete.  Expand  isn’t a massive game and it isn’t actually that difficult, but with a cheap price tag this is acceptable. The only reason you won’t see the end is if you get fed up or frustrated with it, which are both feelings I had while playing.

Expand aims to be more of an experience rather than game and as if to prove this at the  start a notice recommends you use headphones while playing. Doing so allows you to be fully immersed in a music score which is a sort of  electronic orchestral in style. Its a decent enough track which does sort of allow you to get lost in the gameplay and definitely adds to the feeling of immersion. 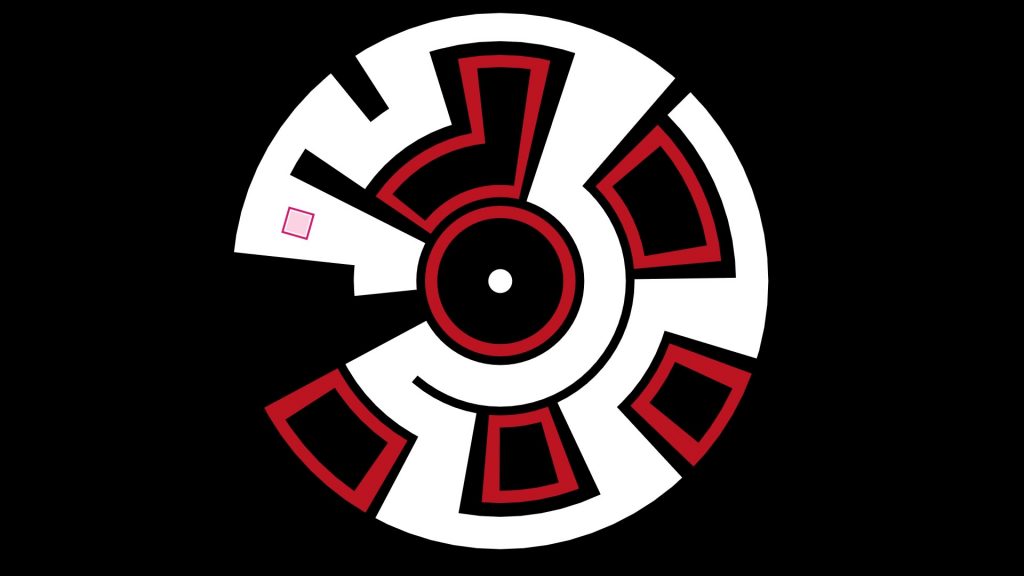 The levels in Expand blend the line between ease and frustration and there are many instances of trail and error to just progress. At certain points I was exhilarated when I managed to complete a tricky maze, but other times totally exasperated by the tight timings needed to avoid some obstacles. Luckily nothing was ever too frustrating and there are copious checkpoints.

Expand is a really simple game to play and it forgoes all the frippery of modern gaming nowadays.  There is no tutorial, no high score table, no instructions and no pointless story.  Everything you need to know to play the game is almost instinctually known just from looking at it.  This is one of the games strengths and it means almost anyone would be able to pick this up straight away. 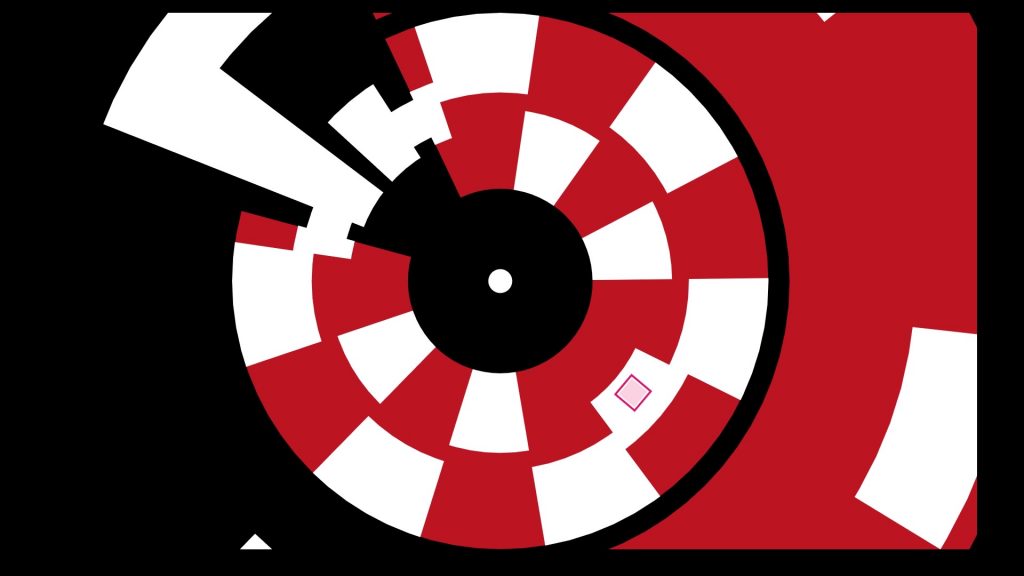 Expand is a decent game, and one with a bold vivid style. It has also been put together really well and the tightness of some of the mazes is wonderful to experience, the way the moving pieces just always work together at the right time is satisfying.  I enjoyed my time with it even if it was short lived.  Its hard to peg a genre to Expand  or even to be totally convinced that it isn’t some kind of art installation, but whatever it is it does it well.

Expand
7 Overall
Pros
+ Looks absolutely great in motion.
+ Decent soundtrack which really immerses you.
+ Simple concept which almost feels like an art installation rather than a game.
Cons
- Some of the mazes veer a little to much to frustration.
- It is a short game.
- Lacks many traditional gameplay elements.

Summary
Expand is a decent game and one with a bold, vivid style. Some of the mazes are wonderful to experience and the way the moving pieces just always work together at the right time is very satisfying. I enjoyed my time with it even if it was short lived. Its hard to peg a genre to Expand or even to be totally convinced that it isn't some kind of art installation, but whatever it is doing, it does it well.