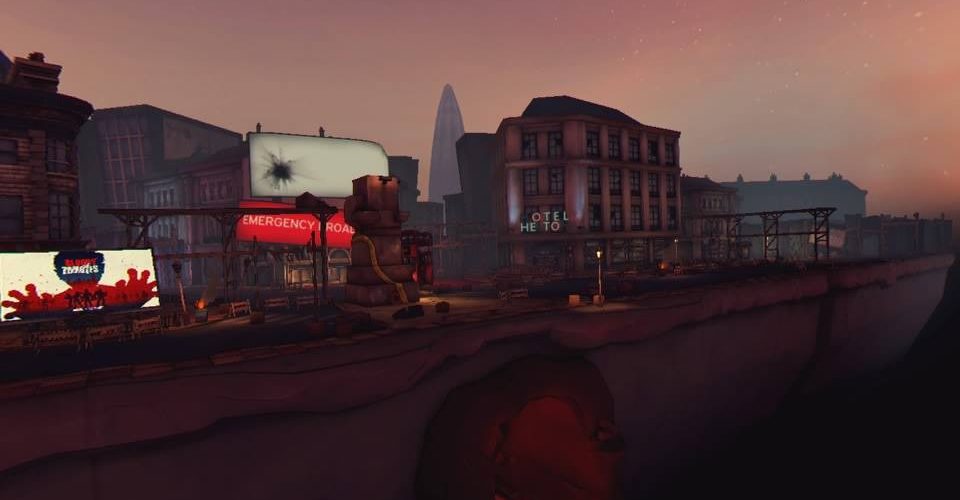 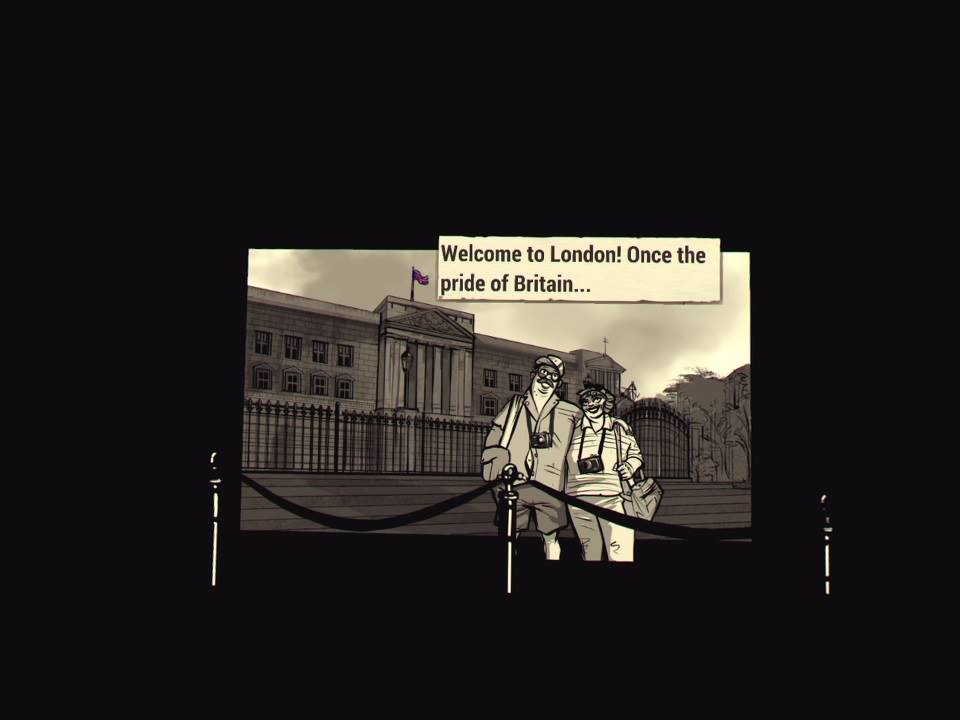 There are many experiences that seem like a perfect fit for VR, whether that be cockpit based shooting games, adventure titles or simulators. In all the bluster and spectacle of typical VR experiences, I overlooked the possibility of an out of the box scenario which could bring more retro game types successfully to the platform. In particular, I don’t think there would be many that would have considered the side scrolling beat em up to be a good fit, but here we are and it fits better than we could have possibly imagined.

Bloody Zombies is your typical Street brawler that takes more than a few cues from the likes of Streets of Rage. You spend your time strolling through the avenues of London while taking your anger out on the walking dead as they stink the place up. Your progress is gated by invisible walls as you go from area to area and you have to defeat all of the enemies on screen to break that wall down.

The VR viewpoint changes things up a bit however. You effectively get to witness the action as if the characters are paper cut outs fighting on a diorama, which offers a few key benefits. For one, you are able to see hidden enemies and areas easier, certain aspects of the game could be easily hidden by a flat screen, but with VR you can see everything around you. You are also able to zoom in and out just by pushing your head forward to get a close up view of the action and detail. On the surface it seems like a little bonus, but in action the added depth perception and insight improves the game to intriguing levels. 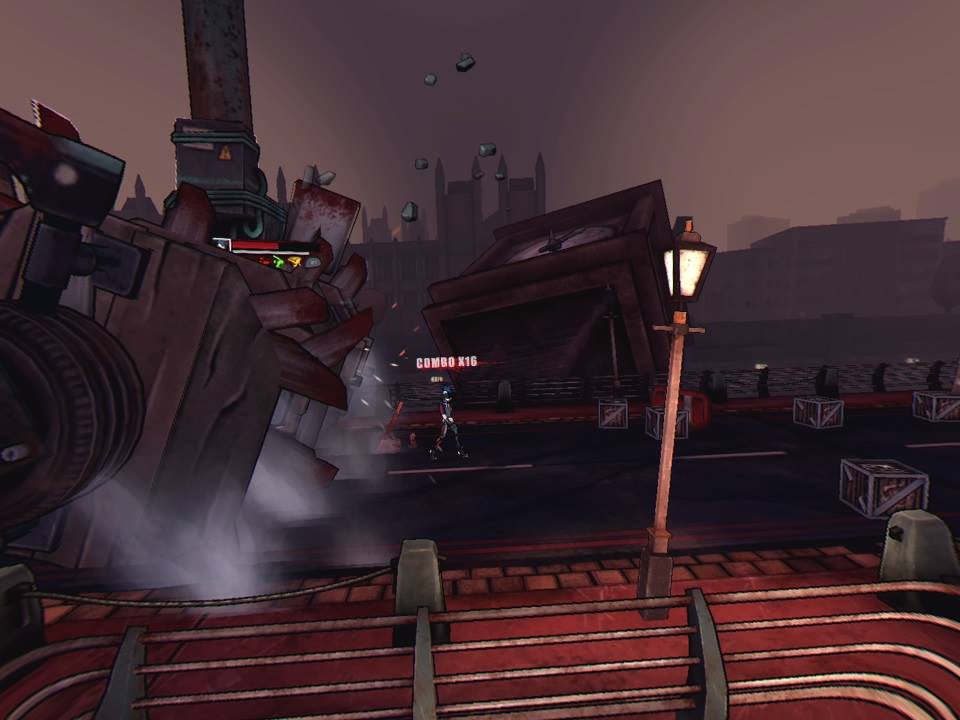 In coop this is accentuates further as a single player can don the headset while others play on the big screen. It’s not quite as fun for those outside of the visor as there is less depth perception and you are essentially taking cues from the person with the more advantageous perspective. But when you are the one leading the pack then it is a lot of fun. Being able to spot secret areas and warn of upcoming threats gives that feeling that you are the MVP of the group and that’s fantastic.

Beyond the VR depth, Bloody Zombies looks the part. All of the characters have hand drawn aesthetic while the background stages depict a cel-shaded, dishevelled London. As the game progresses the areas change up and range from the likes of the streets to train stations and school classrooms. The locales are pretty standard to be fair, however the cartoon style and in-flow gimmicks such as traps and elements more than make up for it. For example there is one section where you are venturing through a museum which is filled with spiked pillars that you have to weave through. It changes things up without breaking pace and keeps things from getting stale. 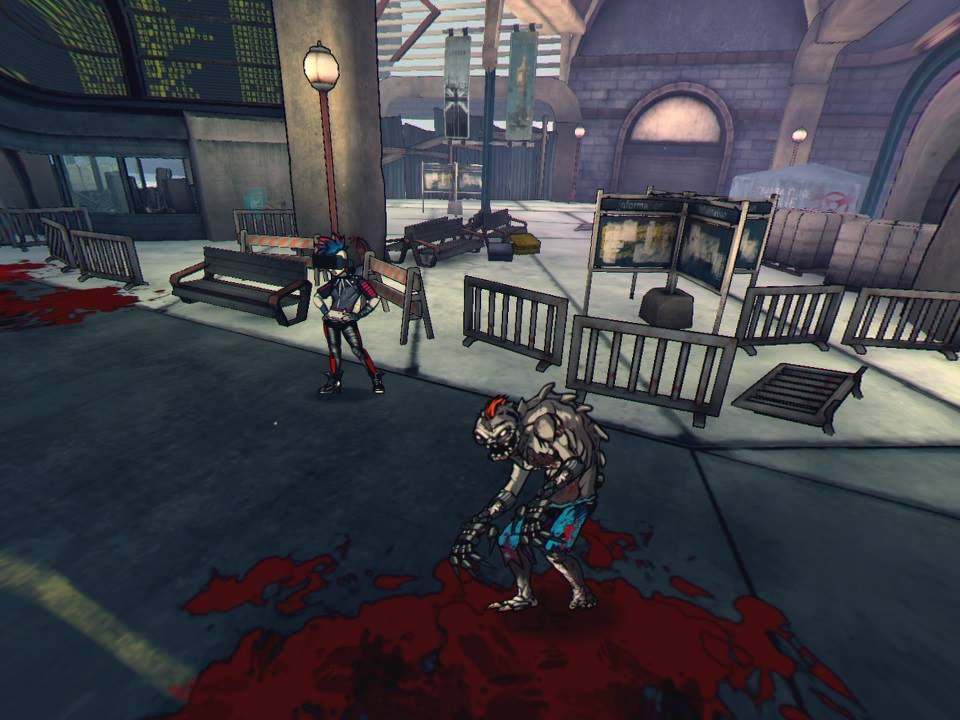 When it comes to characters this is where there is a bit of a mixed bag. The player characters in particular are pretty generic. You can pick from one of four and each can be played simultaneously in four player coop. All of the avatars have the same scope for abilities, just with different flavour. They are pretty inoffensive though, unless you have a particular hatred of stereotypical British accents of the ‘cor, blimey guvnah’ variety.

The titular zombies are a bit good though. They can range from standard combatants with limited attacks, ones with spikes that can shoot out in a 360 degree angle and towering behemoths that charge you down with brute strength. As zombies go, these are pretty well done. The only one that I could do without is the zombie that splits in half before sliding back together as these have a tendency to stick around far longer than they should due to their annoying resilience.

Combat wise, things are as simple as you would expect at first, however as the game progresses the importance of combo attacks and dodging become far more of a factor. The game tends to ramp up early on, especially when playing alone as both enemies and their attacks can swamp you if you are not too careful. 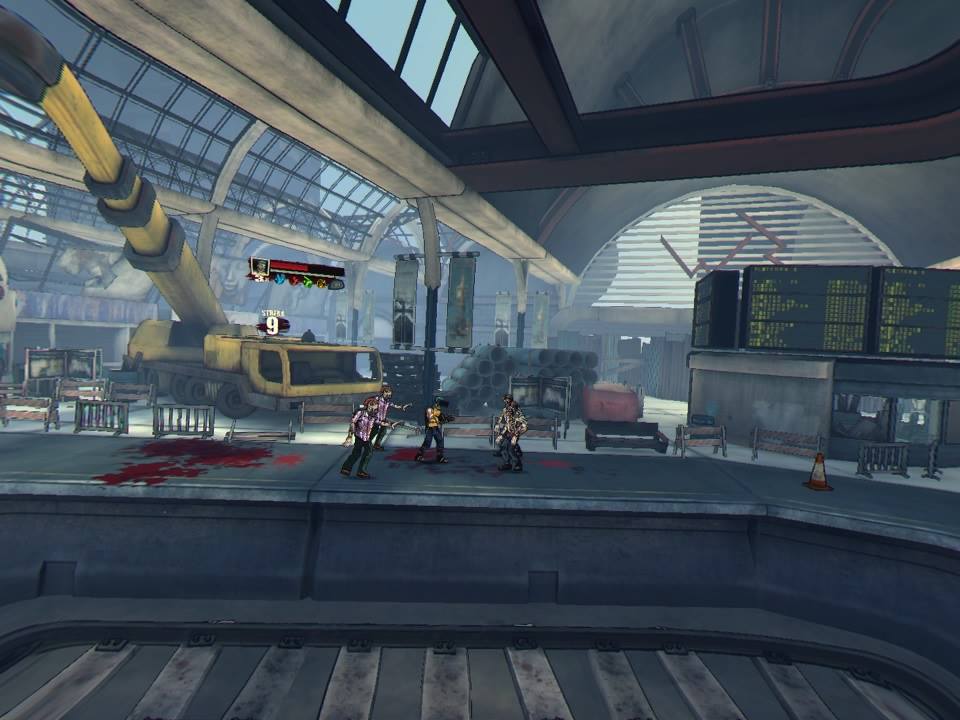 Things are made slightly more interesting with the addition of interchangeable special attacks that are triggered using a combo of directions and button presses which are similar to specials in Tony Hawk Pro Skater. These can be great ways to boost a your damage output however they are not that easy to pull off in the thick of it and due to the direction combos you will often find yourself firing these off in the wrong direction. Not ideal but not a deal breaker either as you can switch this to simplified button presses which I would absolutely recommend as they don’t make your character face away to charge the attack.

Bloody Zombies
7 Overall
Pros
+ VR adds a lot to what could have been a somewhat generic title
+ Various stage gimmicks that mix things up
+ great enemy design, despite being Zombies
Cons
- Not quite as interesting without the VR headset on
- Some enemies can be incredibly irritating
- The playable characters lack real personality
Summary
As beat em ups go, Bloody Zombies is about as standard as its name. Outside of VR it isn’t much to write home about. But the unique diorama aesthetic with the headset donned made for a great arcade-like experience.