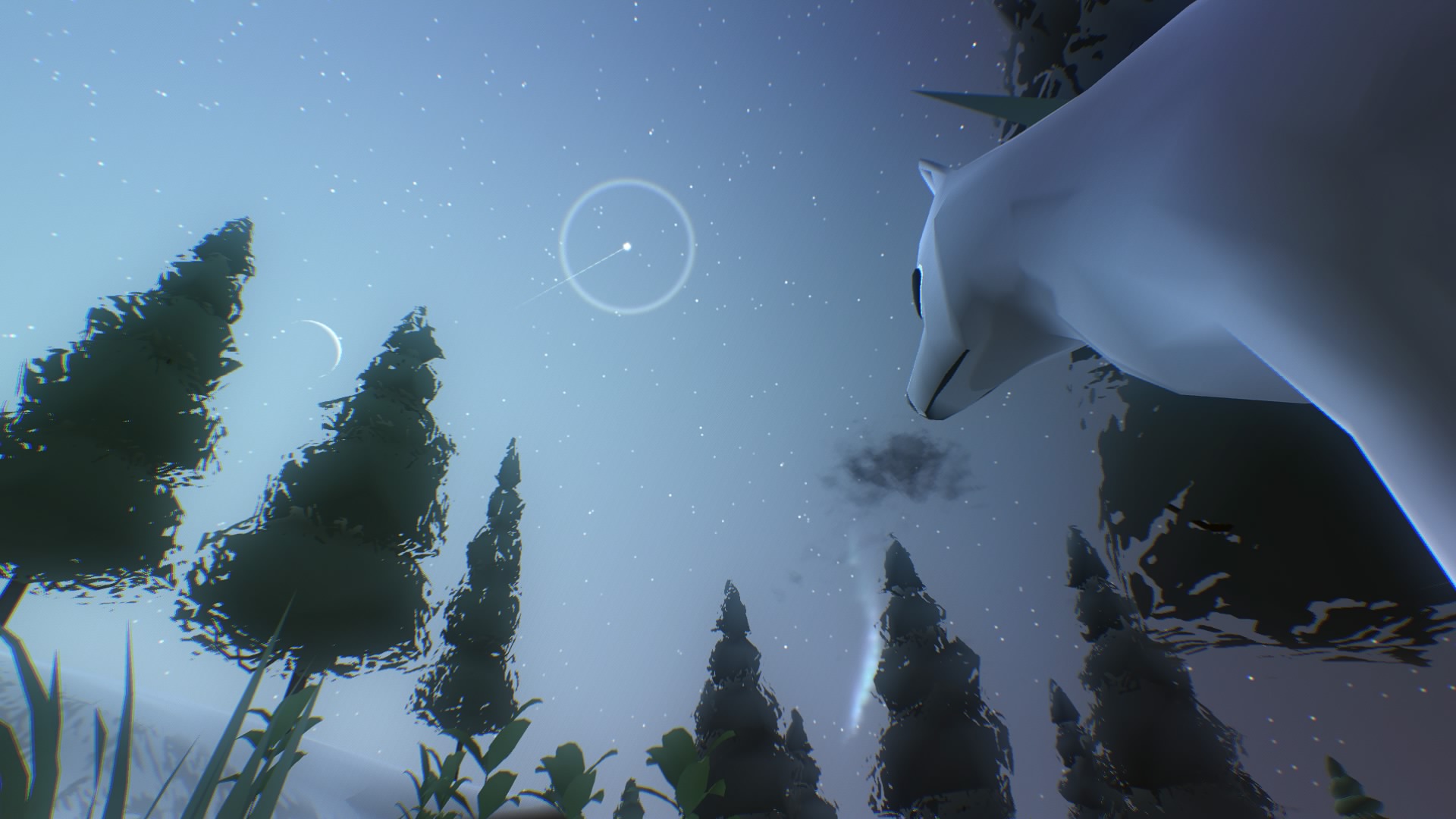 This is going to be no fun to review. Usually any game, even some arty indie game about feelings, has a precursor of sorts. Something to compare it to, something to give it context but I can genuinely say that Everything is unlike anything I’ve played before. You can make loose comparisons, and I will, but they don’t go very far when it comes to explaining what Everything is.

In Everything, you play as everything. You start of on what seems to be Earth. I’m not sure if every game starts the same but I was some sort of gazelle. When the game gave me control I started exploring the world. Other animals, trees, plants and rock formations filled the landscape but nothing of note. 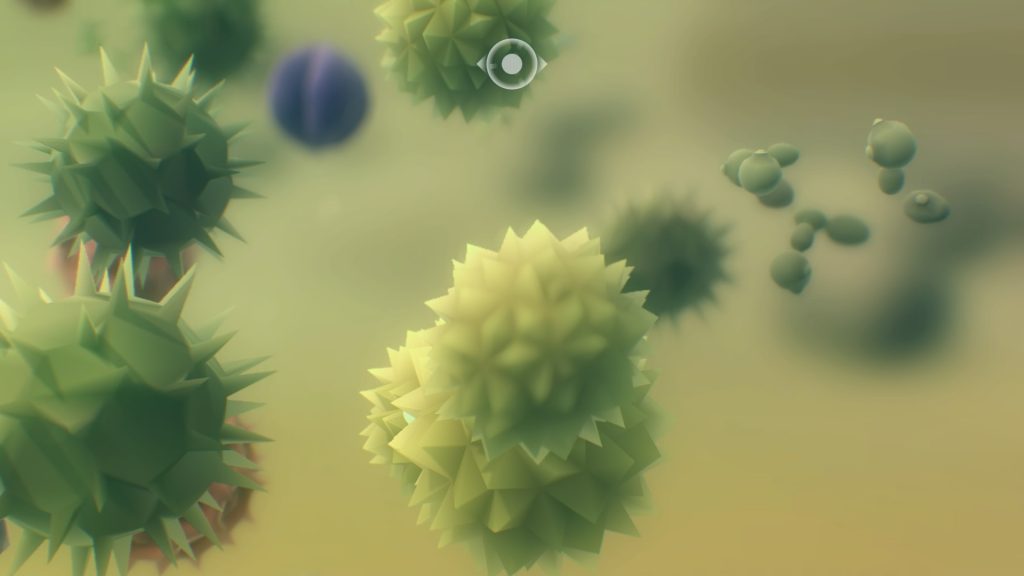 Although, oddly, everything in the game is capable of thought.  A plant will tell you that it misses its mother, a rock will tell you it doesn’t like people.  It’s all very odd but not jarringly so.  At least not after a while.

Eventually, Everything starts to talk about scale. As a gazelle you can transfer yourself to other things that are within a certain size range. This could be another animal or maybe a plant. So I became a plant. And then I continued to explore the landscape (which is a bit odd). Then I became a scorpion. And then an ant.

The tutorial then sent me the other way. I worked my way back to being an animal. And then a tree. And then a group of trees. We danced. Yep, everything in this game can walk and dance. Not in a cute way. It’s a bit weirder than that. But I was still a group of trees moving in a dance formation.

I then became the land mass that I was on. A sand continent. I switched to being an ice continent that had been floating nearby. Then I became the planet. And kept going. I won’t describe it in detail. If you’re going to get this game, there are things you want to see for yourself but certainly the sense of scale is pretty impressive. Bridging the gap between astrophysics and quantum physics effortlessly. 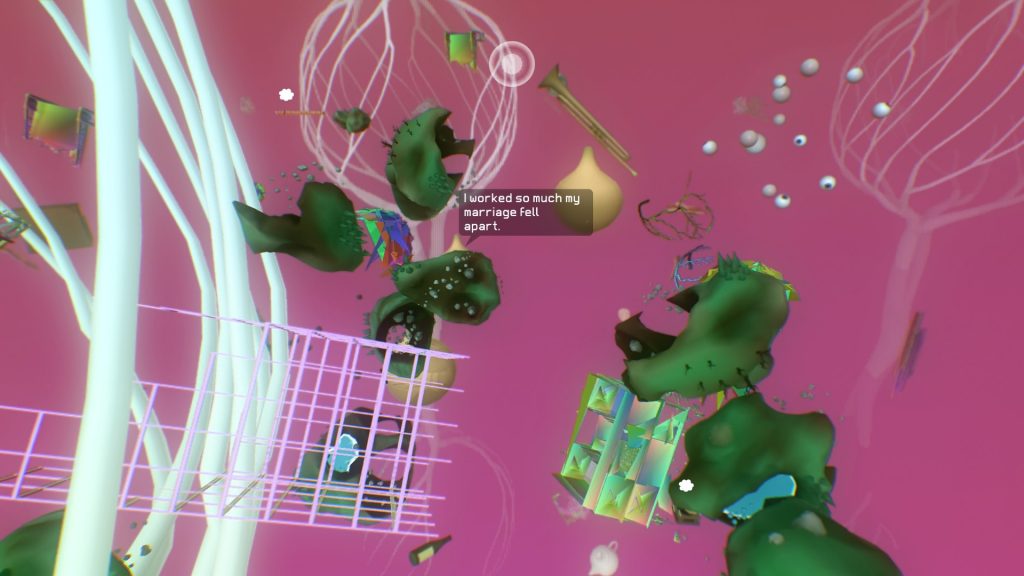 As you become and explore literally anything you want, you unlock audio recordings of a lecture by Alan Watts, a British philosopher who died in 1973. He talks about the nature of reality in a way that resonates with the game. The idea is that this is all meant to make you question who you are. If it sounds pretentious, that’s because it is. But there’s a charm to it.

On the negative side, there’s not actually much gameplay here. Everything is pretty much an idea expressed as a tech demo or sandbox. In terms of doing anything, all you really do is walk, loosely communicate with other things and bond with other things. Initially you can only bond with things that are the same as you. This is eventually extended so that you can bond with similar things and before long you can bond with everything you can see, albeit only in limited numbers. 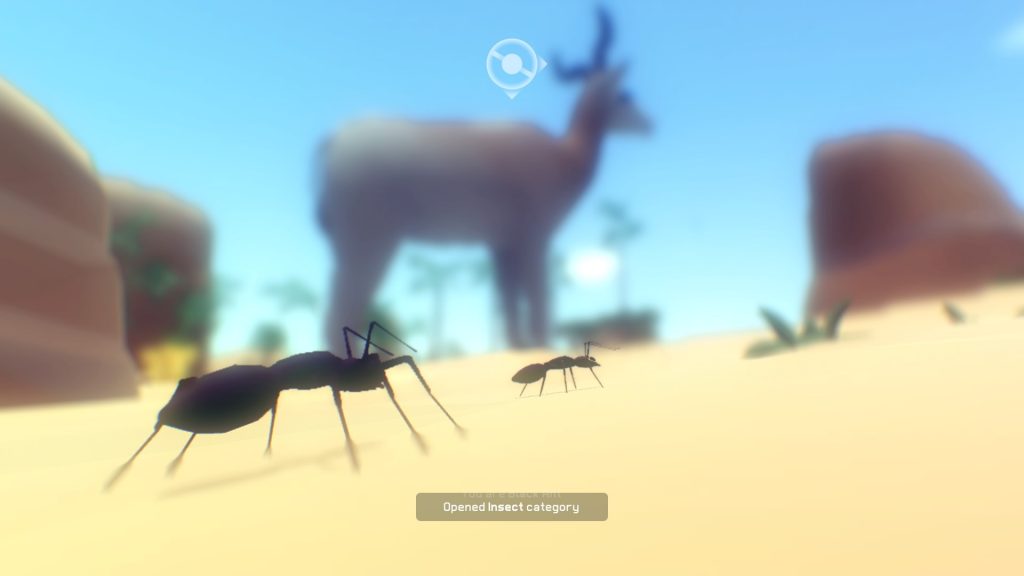 So those comparisons I spoke about. In terms of scale, it has a bit of a No Man’s Sky approach going on. A little less structured but as ambitious in some ways. There’s a minor Katamari Damacy vibe later on when you are grouping up with everything, especially when doing this on a planetary scale and above.  But that’s really me grasping for context when really this game is too unique for comparisons (although I imagine PC things like Spore might get a bit closer).

Visually the game isn’t that impressive. The graphics are pretty basic for the most part and the animation on certain things, particularly animals, is horrifically bad. The way that a horse moves in this game is kind of like a rotating Tetris piece. They literally couldn’t have picked a worse way to do it.

The thing is that this game will either speak to you or it won’t. The quality of it doesn’t really matter. Despite the concerns about the lack of gameplay, and the unimpressive visuals, I got sucked into playing this for hours. There’s no real end game to it, especially once you get past the tutorial, but I’d be playing it now if I wasn’t writing this. 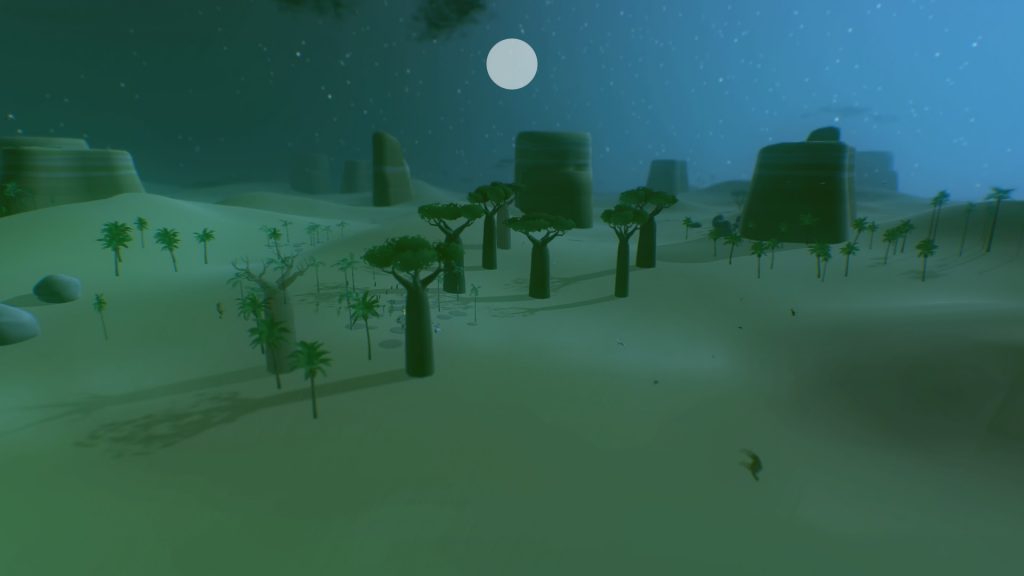 But in the same way that I think Journey is an absolute bollocks non-game, I’m sure people will think that about Everything. But this game does have a few tricks up its sleeve and it surprised me a number of times while I was playing it. It really is unique and you can’t say that about many games these days.

However, now I’m going to petition the developer to make this VR compatible. Until he cries or does it.

Everything
7 Overall
Pros
+ Unique concept and gameplay
+ As an experience it works very well
+ Interesting subject matter
Cons
- Average graphics...
- ... with terrible animation
- Might feel aimless to some
- Gameplay mechanics are a bit limited
Summary
Everything really isn't for everyone. If it clicks with you, you'll love experiencing it even if you don't actually love playing it. As quirky, nerdy and pretentious as it gets, we're really glad we gave Everything a chance.