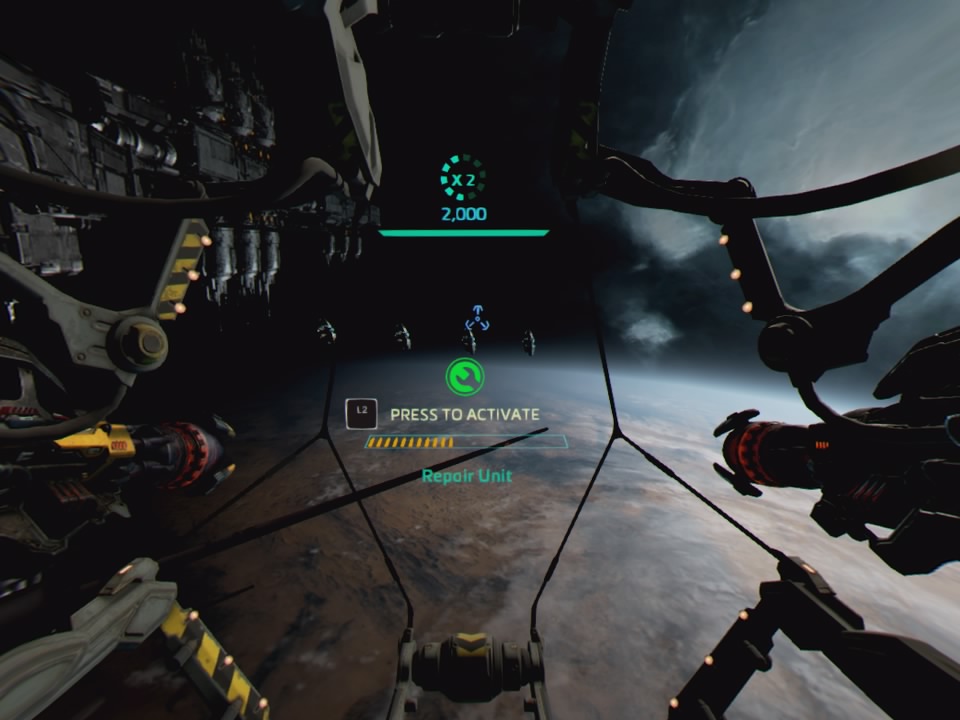 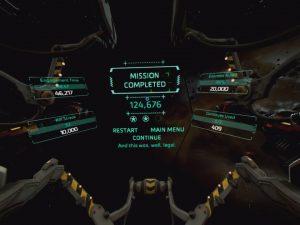 PlayStation VR may have only been around for less than a couple of weeks but it has already shown that it can turn the simplest of experiences and convert them into something far more engaging. It was only a matter of time before we started to see pared down games that rely on basic mechanics rather than sprawling narratives and long campaigns and Eve: Gunjack is one of those games.

Eve: Gunjack is another title spun from the massive and complicated MMO universe before it. Originally designed for mobile phone VR headsets, Gunjack is about as simple as they come. You play as a Eight, a fresh recruit who takes control of a turret on the front of a massive capital ship. Your job is to shoot down attacking drones and ships that come your way. This is easy enough to do as all you have to do is look at the marauding drones and hitting the triggers. As this is VR it’s just about tilting your head and unloading hot lazer death into space.

The game is set over a series of missions that progressively get more difficult as you go, with more enemy ship types to take down. This is very much a mobile game so you can expect the usual trappings such as three star rating systems and simple yet clear graphics. That’s not to say that the visuals are a slouch, Gunjack is not a far cry from the likes of other early VR titles and level of detail is quite impressive in VR. However the bug bear comes down to the aiming system. While aiming with your head is fine to a degree it just does not feel all that natural. Instead of getting a view of the cockpit the guns to the side of your pod will follow your movements so it can be quite jarring at first. 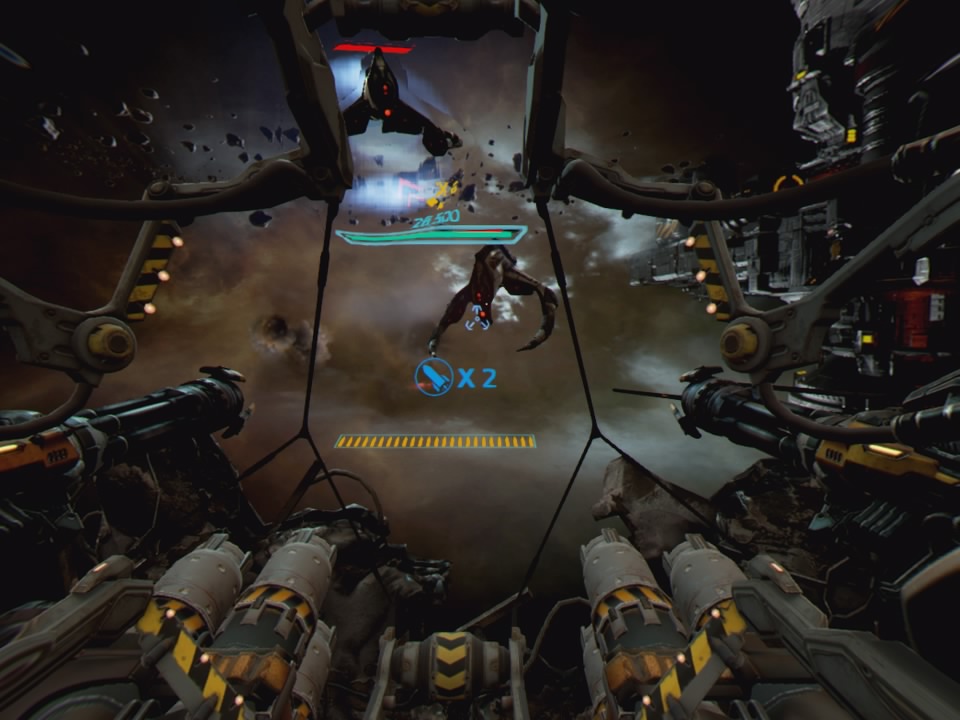 Gunjack is very much like Space Invaders in a lot of regards but mostly this is down to the enemy patterns which don’t variate all that much. The action breaks up every now and then with the inclusion of several power ups which either heal your pod or empowers you with devastating attacks. The issue I have with these is that they have a habit of telegraphing what is coming next too much. Say for example if you get homing rockets then you can expect some relatively fast and armoured ships, If you get a lazer barrage then you just know that a group of smaller drones are incoming. It can be a little formulaic because of this but to some degree it does add a little variation to the proceedings, even if it doesn’t quite feel like enough.

So Eve: Gunjack isn’t the one when it comes to space combat in VR. That honour currently belongs to Eve: Valkyrie, however Gunjack can be quite enjoyable in short bursts or if you want to chase high scores.

Eve: Gunjack
6 Overall
Pros
+ Good example of VR improving a fairly basic experience + Looks great despite the mobile VR origins
Cons
- Controlling the turret with your face feels fairly strange - Pretty formulaic and predictable - Ideally needs more variation to make things more interesting
Summary
Eve: Gunjack is a pretty basic game but that doesn't detract from its charm. Sure it may be over pretty quickly and the mobile trappings may be off putting to some but it stands as a cheap and fun distraction.