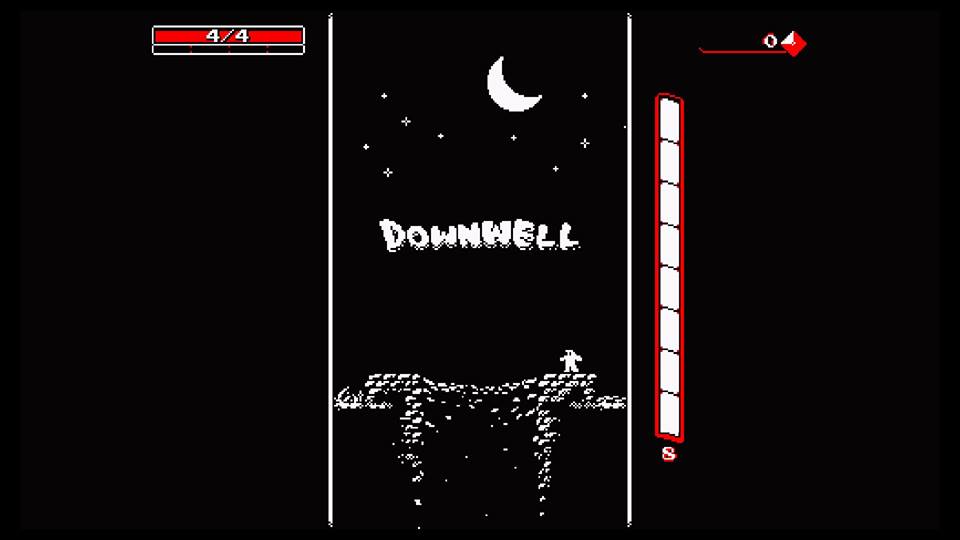 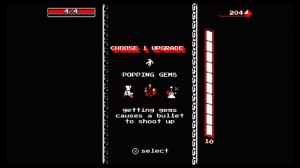 There is both a lot and a little to say about arcade games. The genre is renowned for simple to pick up and tough to master games with core concepts that appear simple to approach with little room for complexity yet after time and mastery they often open up to those that seek the hidden depths. Downwell is all about this and captures it brilliantly.

You could say literally. Downwell sees your pixelated white figure as he tumbles deeper down a well, armed with gunboots. The only objective is to keep progressing downwards until you get to the bottom. Stalling your progress is a myriad of various beasts and traps in any way they can. You do not merely tumble weapon-less as you are equipped with bizarre gun boots that can decimate the pixelated monstrosities as you fall, They can also allow you to hover across the screen to aid your descent and to clear breakable blocks as you go. This is where the essence of depth comes in as the gun boots cannot just shoot forever. To recharge these you have to land on a solid object or the more fun way is to stomp on an enemies head to recharge a piece of the gun battery level, If you can string together stomps and shooting to combo then you are rewarded with extra health points or gems which act as currency for upgrades and further health ups. The more you have then the better you do of course. 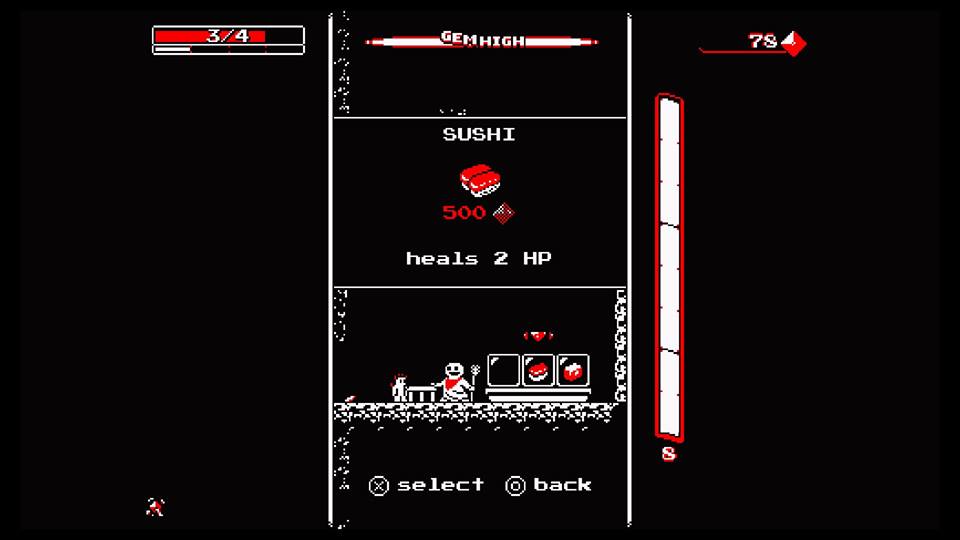 Not only this but you also earn more powerful upgrades between stages. These are your typical roguelike style bonus’es which give you extra attributes such as the ability to explode enemies as you stomp on them, boost the damage output of your gunboots or the really fun ones such as the ability to shoot blocks that then send projectiles upwards turning the screen into a mass of bullets. This is where the simplicity of the graphical style really shines as the screen can get particularly busy. As you only have four hit points to start with I found myself appreciating that Moppin (developer) did not lace the visuals with neon which would have been very typical of this kind of game. The basic visuals also lend well to the gradual unlocks that you can earn which allow you to change the screen filters and palettes, some of which emulate the visuals of Nintendo’s Game Boy, Bethesda’s Fallout and even the Virtual Boy should you want to relive the headache inducing black and red visuals. 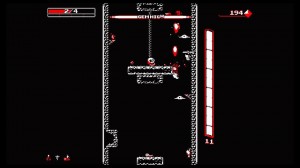 Downwell has another feature that harks back to the arcade glory days, particularly in the previously mentioned gradual unlocks. Among the palette swaps you can also unlock styles which change up the gameplay so you can mix things up. The basic player starts with four health points but if you were to choose the way of the boulder you could start with six instead, the only caveat being is that you have less choice of upgrades at the end of each stage, these are subtle changes that certainly help keep things fresh. My favourite is the levitate style which gives you a bit more floatiness, this helps nicely with setting up stomp combos and slows my descent when the gun boots run low on ammo.

Downwell
9 Overall
Pros
+ Simple and clear graphics allow you to see everything and keeps the game fast. + Arcade style pick up and play gameplay with quick restarts to keep you coming back + gradual unlocks of styles and palettes keeps things nice and fresh + The kind of game that the Vita was designed for.
Cons
- Can be difficult if you don't pace yourself - Could do with a little more content
Summary
There is a lot to love about Downwell, especially if you are a fan of retro arcade style games. It's just one of those games that plays brilliant and will keep you coming back for more if you are, It may not have many more tricks after the initial game style but considering this is cross buy between PS4 and Vita and is only the price of a Big Mac you could do a lot worse than give it a go.