This week’s Ratalaika comes in the form of a first person puzzler. Don’t Touch This Button! is a light hearted take on the genre, with each room giving you clues how to complete it. You just have to take each clue with a pinch of salt. 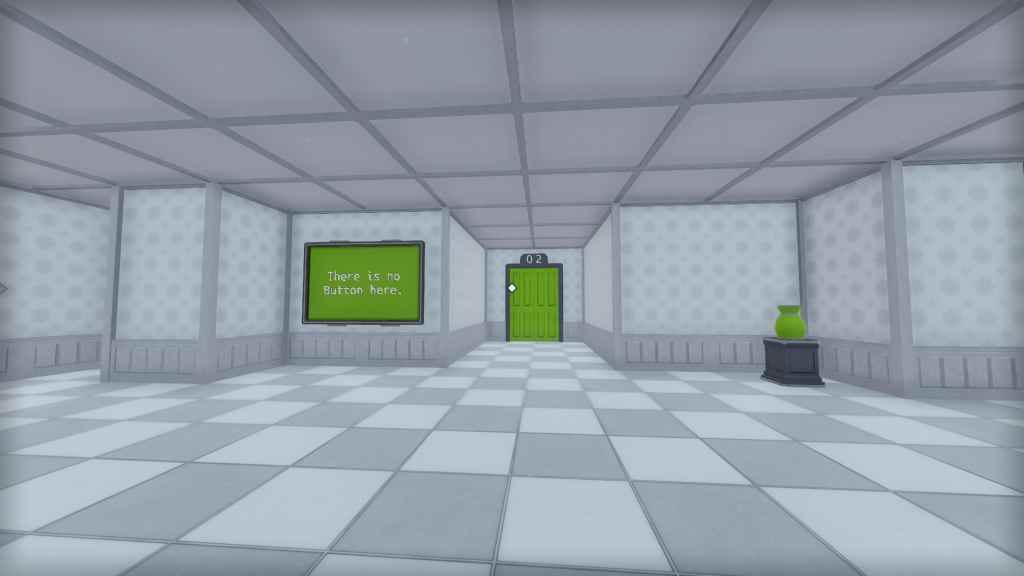 There are 65 rooms to play through and a boss battle. Each room is attached to the next so playing through the whole thing in one sitting is quite easy to do and this is one of those rare Ratalaika games that requires you to for the platinum. It took me under an hour to do so, but that’s not to say there isn’t the odd taxing room in here.

Things start off quite simply, there’s no need for plot. You enter a room and a message on the wall tells you not to push the button. There is nothing else to do so you press the button and the door to the next stage opens. You can probably see where this is going. Most rooms will have a clue on the wall (some will continue a theme from previous rooms so not give you anything) and you have to do the opposite. Is there an arrow to follow? Go the opposite way. If it says you can’t walk through walls you most certainly can. 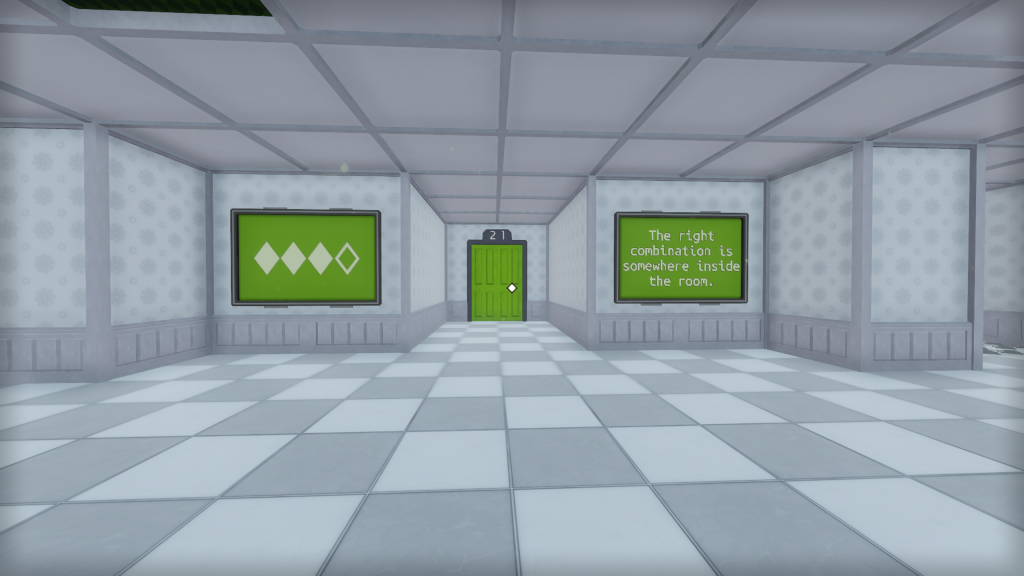 Solving the puzzle will get you to a button, press that and you can move onto the next level. For most of the game this is pretty straight forward, but there are puzzles later on requiring you to push blocks into certain places and figure out codes that will have you thinking for a moment. If the clue says “Go left” then it’s very obvious what you should do, but there are areas where the clue requires a little contemplating to figure out what you actually have to do.

The visual style is incredibly simple with the white and grey walls only giving way to the green elements in the level. Sometimes these are purely decoration, sometimes they’re integral to the puzzle. There are only a few different items repeated though so it’s not the most exciting or varied game to look at. As it’s so short I can’t say it was a major problem but visually things are functional at best. The same music plays throughout, apart from during the boss encounter but didn’t get annoying over the course of the game. 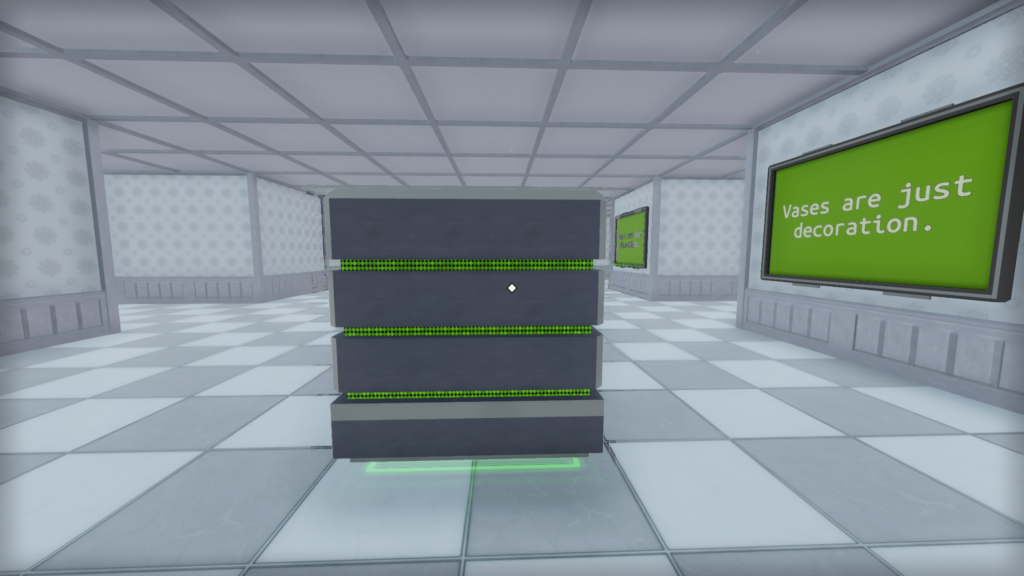 Oddly the game starts with the vertical look axis inverted so you might want to change that straight away since you’re not flying and I also turned the sensitivity up a decent amount as you’re very slow to turn by default. Otherwise, apart from one puzzle where the blocks I needed to place in holes in the wall disappeared (I’m assuming they fell out of the level) I didn’t have any problems with the game. Luckily there’s a restart level button in the pause menu and the rooms are so small that you never lose that much, if any, progress.

There’s little else to say about it really. As I said you need to beat the whole game to get the platinum trophy and there are even some trophies you have to go slightly out of your way for, but there is a level select if you miss anything. As usual you get both the PS4 and PS5 game so two simple platinums for the price of one and the second time through will be faster again. 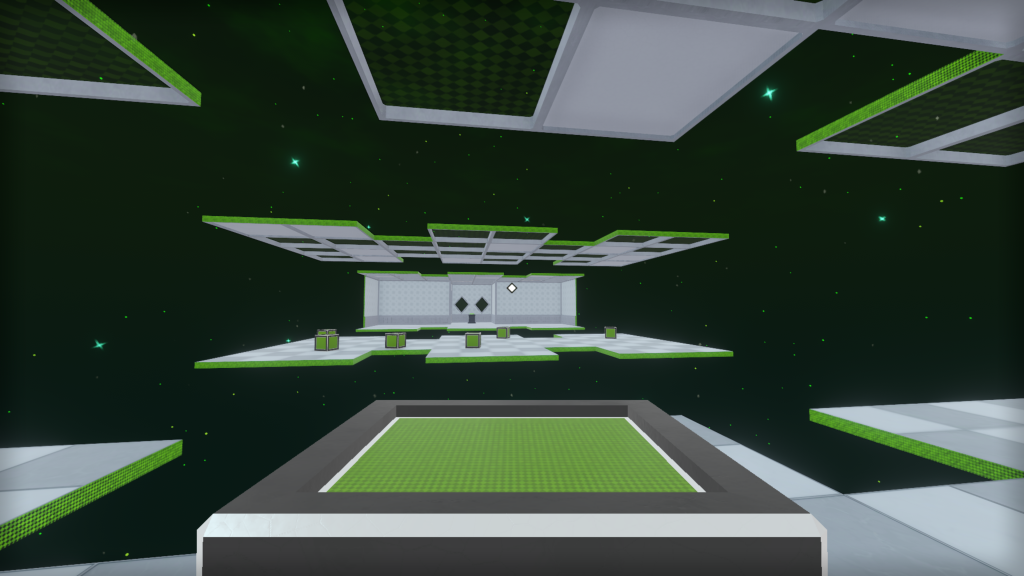 Don’t Touch This Button! is a fun little distraction and one of the more entertaining Ratalaika releases I’ve played in a little while. It’s obviously made on a low budget as these releases tend to be, but the price reflects that and although the puzzles never get mind bending the flow of simple to understand puzzles with slightly more obscure ones sprinkled in here and there was enjoyable to get through and the short run time meant at no point did it become repetitive or tedious. More of this please Ratalaika!

Don't Touch This Button!
7 Overall
Pros
+ Enjoyable concept for a puzzle game
+ Puzzles vary and scale quite smoothly
+ Length prevents tedium or burnout
+ Two platinums for cheap
Cons
- Visuals lack variety
- Odd default controls
- One annoying, but not game breaking, bug
- Some might find the length disappointing
Summary
Don't Touch This Button! is a short but enjoyable puzzle game. The puzzles start out simple but the difficulty increases at a steady pace without ever getting too taxing and the lack of variety in the visuals is easy to overlook thanks to the cheap price.