Divination, stylised as //DIVINATION\\, opens with a warning that it depicts disturbing imagery and themes. What it should also have done was have opened with an apology for the remarkably brief experience on offer here.

You see, our leisurely playthrough lasted all of twenty four minutes. Not twenty four hours. Minutes. That’s startlingly short, even for a visual novel. The trailer had us intrigued enough that we envisaged a similar feeling to Papers, Please, but what actually transpired was a visual novel. A bloody short one at that. 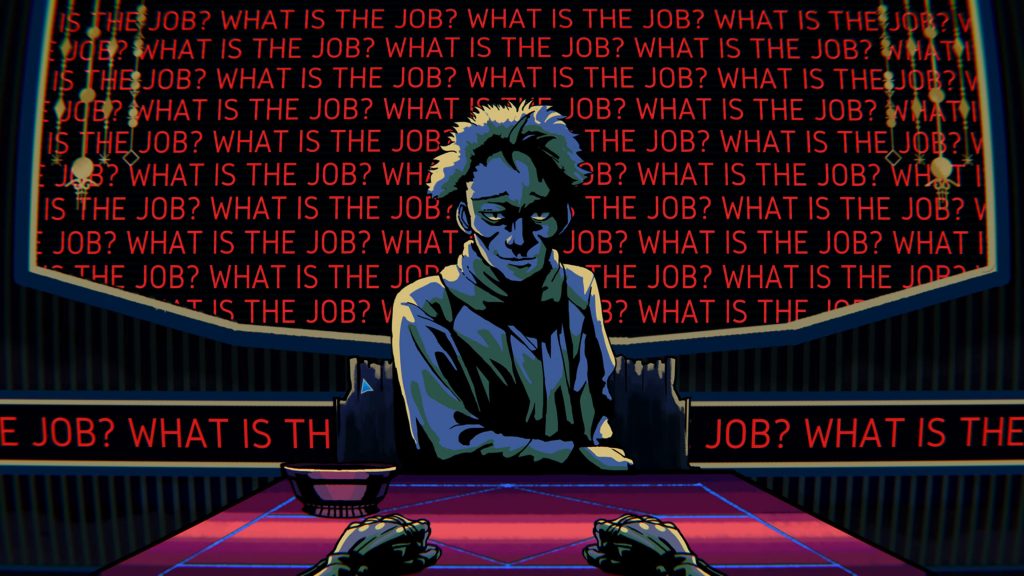 You play as a pair of disembodied hands in this from designer, programmer and graphic artist Bluilisht and publisher eastasiasoft. Divination is best described as a brief musing on the opening stanza of Irish poet WB Yeats’ 1920 poem Second Coming set to lovely anime graphics and interesting synth based music.

Lest we spoil the plot, we won’t go into too many specifics, but robots have been killing themselves for reasons never particularly expanded upon. They live under a corrupt government in a near-future hellscape. So it’s not just UK citizens then. Your job is to act as a fortune teller of sorts to four individuals who visit you in turn. 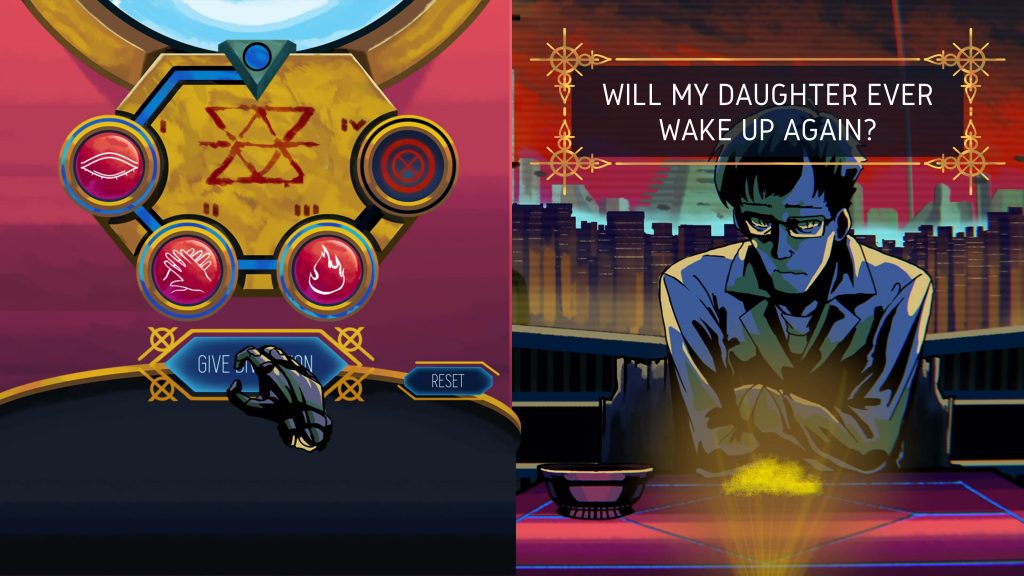 Only your fortunes have an uncanny knack at coming true and setting up a branching narrative of sorts. We can only imagine how complex this would’ve become with wider scope than what we have on offer here. This is a genuinely intriguing mechanic and we can’t help but wonder what might have been.

For the purposes of this review, we tried another playthrough on our alternate account, only this time simply choosing the correct combinations to achieve 100% chaos. That being the only real criteria you’re judged on while playing Divination. Judiciously using the skip dialogue option, we popped every single trophy for a platinum within four minutes. We can only assume that this will become the ultimate low hanging fruit completion for trophy hunters going forward. 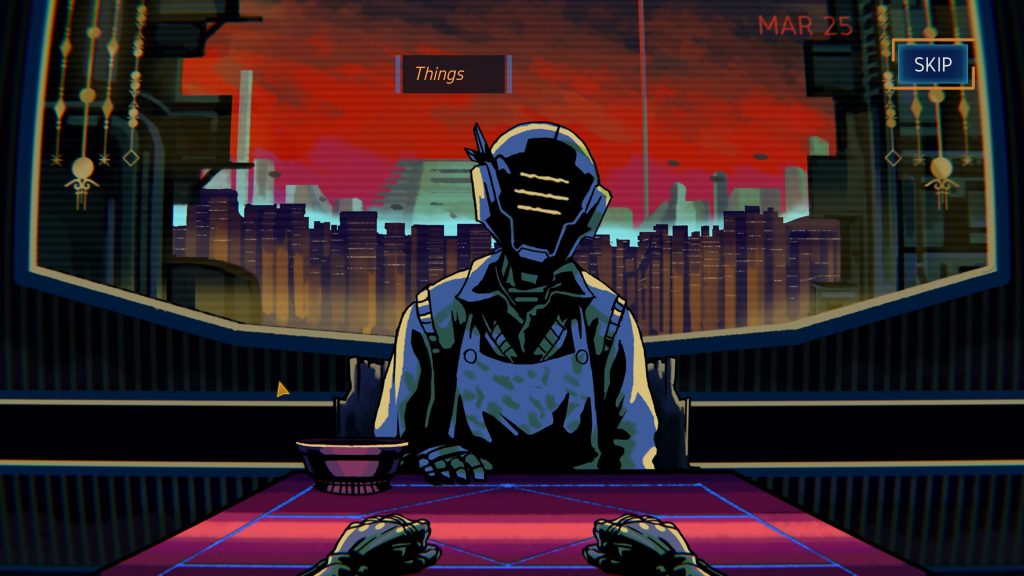 If it seems like we’re struggling to come up with much other than how short Divination is, you’d be right. It feels like a massively missed opportunity. A randomly generated playthrough with variables from a 16*16 grid would’ve been somehow more satisfying rather than what we got.

We get it’s written this way, but when the results are so minimal, you have to question why a little extra meat isn’t on the bones. Divination is one for the trophy hunters and fans of WB Yeats alone. We’ll keep the PS4 version on the backburner to use as a dead rubber to keep our daily trophy streak alive, thanks.

Cons
- So short that you wonder is that it?
- A real missed opportunity in terms of branching narratives
- Only really one for the low hanging fruit trophy hunters
Summary
Divination is a startlingly brief visual novel that you will be done with inside a half hour. Inside five minutes if you skip the dialogue and take the easy platinum instead. A real missed opportunity given the central mechanic.

One thought on “Divination – PS5 Review”