Disgaea 6: Defiance of Destiny came out exclusively (in the West) on Switch a year ago, despite the close connection the series has with the PlayStation platform. That’s now been rectified with the release of Disgaea 6 Complete on PS4 and PS5. All the DLC that has come out over the past year is included in this belated release which is welcome but what can fans and newcomers expect? 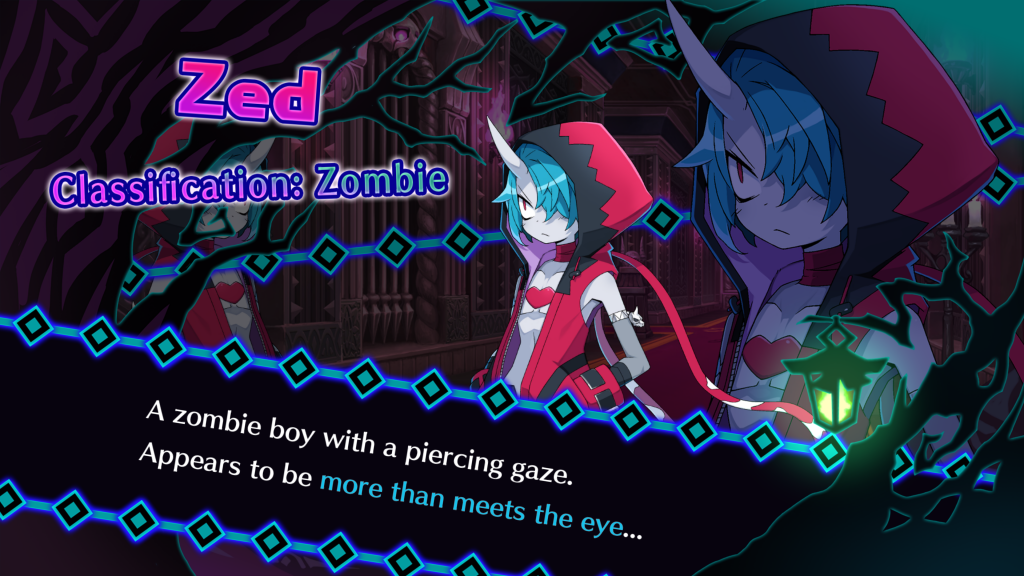 Fans will know what Disgaea is and always has been and Disgaea 6 is no different. This is a tactical RPG with a story split into small levels, but the story is only the beginning. Disgaea has always been about large numbers and if anything Disgaea 6 takes that even further but the idea is that through grinding and interacting with the game’s systems your characters can become insanely powerful.

The story follows Zed as he attempts to kill the God of Destruction. The chapters are initially told in flashbacks as Zed explains how he ultimately overcame the God, though each chapter ends with him losing. Zed is a zombie who has the power of Super Reincarnation, which is both an in game mechanic and a plot device. Story-wise each time he loses upon reincarnating he appears in a new dimension. This is how he meets all the characters that will join him on his quest who all have their own tiny arcs but it’s not the strongest cast the series has ever seen. They’re quirky as you’d expect but they’re also very one dimensional to the point of being annoying at times. 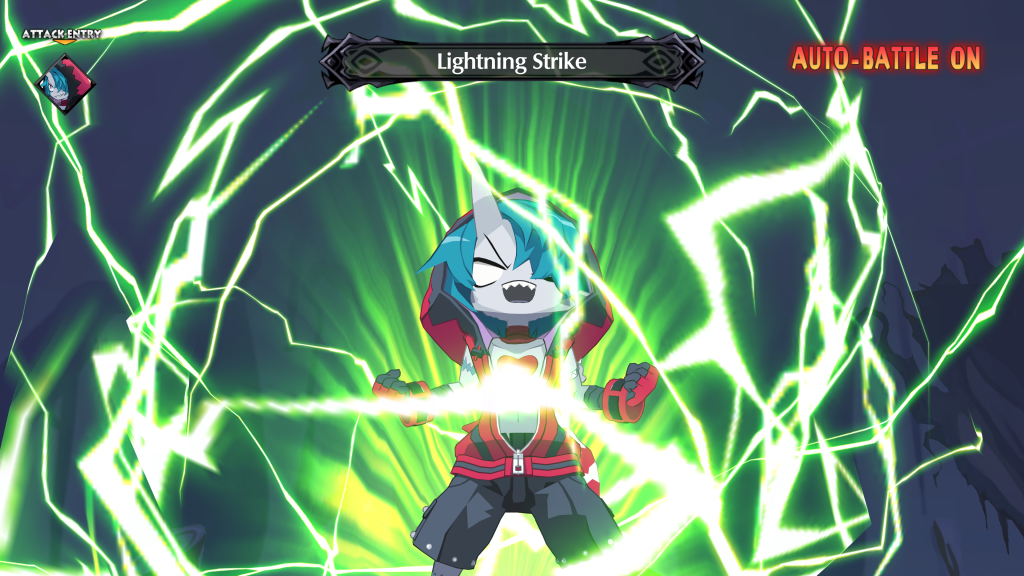 As the story goes on different characters chip in with their tales of how things happened and that could have created some really interesting and funny scenarios but all the stories play out the same way. A lot of Disgaea games can be accused of not having the most interesting story reasons for all the combat and grinding but the characters in the stronger titles tend to keep things interesting and that’s just not the case here.

Still the story is only a small portion of the entire game. You will be moving a squad of characters on a grid system, taking turns in setting up attacks or special attacks before the enemy gets to take their turn. The levels tend to be designed in a way that you’ll need to take a less than straightforward path and the buffing/debuffing geo symbols still exist to give you a reason to consider your positioning. 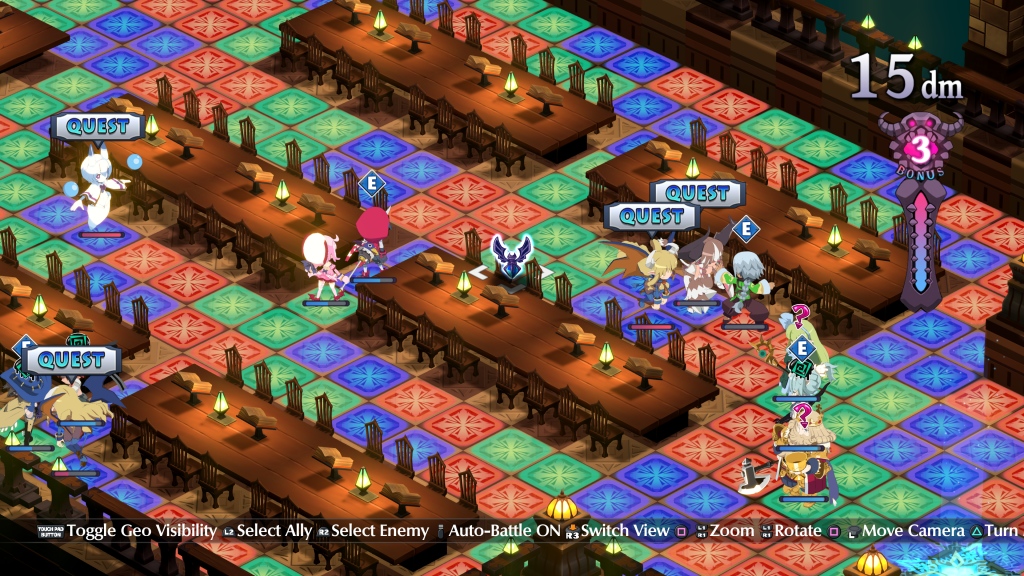 Outside of the story scenarios are some designed to test you or for the purpose of grinding which are unlocked through the Dark Assembly where you can try to pass motions to influence your game or create new characters. The Item World also returns where you can enter items to level them up or you can send characters you’re not using to enter item worlds for you. You can accept quests which will unlock new character types as well as just useful items or currencies and the Cheat Shop returns to let you manipulate the rewards you get.

I appreciated things like the Cheat Shop in the past which would help you grind out your characters quicker than you could previously, but Disgaea 6 goes another step in letting the game play itself. There is an AI editor, much like in Final Fantasy XII, where you can set up if/then stipulations and the game can just play the levels for you. It’s obviously been set up so you don’t have to actively grind, you can set the game to play itself and still get results but you can also use it during the story and even the default aggressive AI is enough to get through. It’s a good addition but when I got a bit bored of playing the quite repetitive story levels I sampled the auto-battler and never went back. Hell, I’ve got it grinding for me as I type up this review. It’s strange to have a feature mean you don’t actually have to actively play the game… 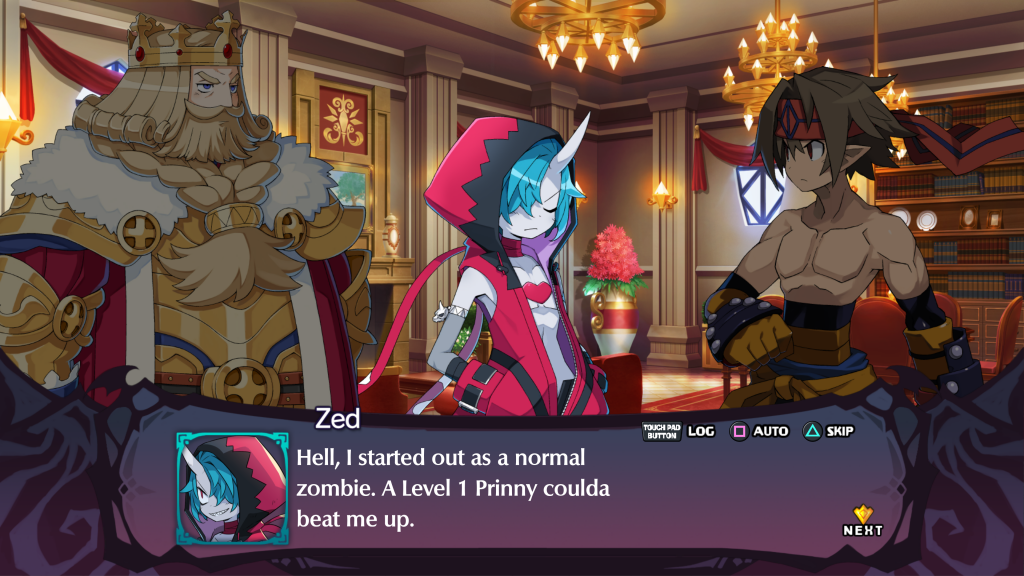 Another major change that fans will have noticed straight away is the graphical style. Gone are the 2D sprites that have been used since the PS2 days, replaced by fully 3D characters. The cutscenes still use 2D portraits but the fights have recreated the old art style quite convincingly. I’m a fan of 2D artwork but I quickly became accustomed to the new visuals though it’ll come down to personal taste. You get two graphical quality options to choose between on the PS5 but it doesn’t explain what they do and I found it difficult to tell any differences, they both run very well.

All the story sequences are fully voiced in an anime style which won’t be for everyone but it’s the usual Disgaea quality. The voice lines during battles can be a little annoying as they constantly play, but again that’s nothing new. There is the odd pop when a voice line loads in during cutscenes that is very noticeable but other than that the audio is to the usual standard with music in the usual style. 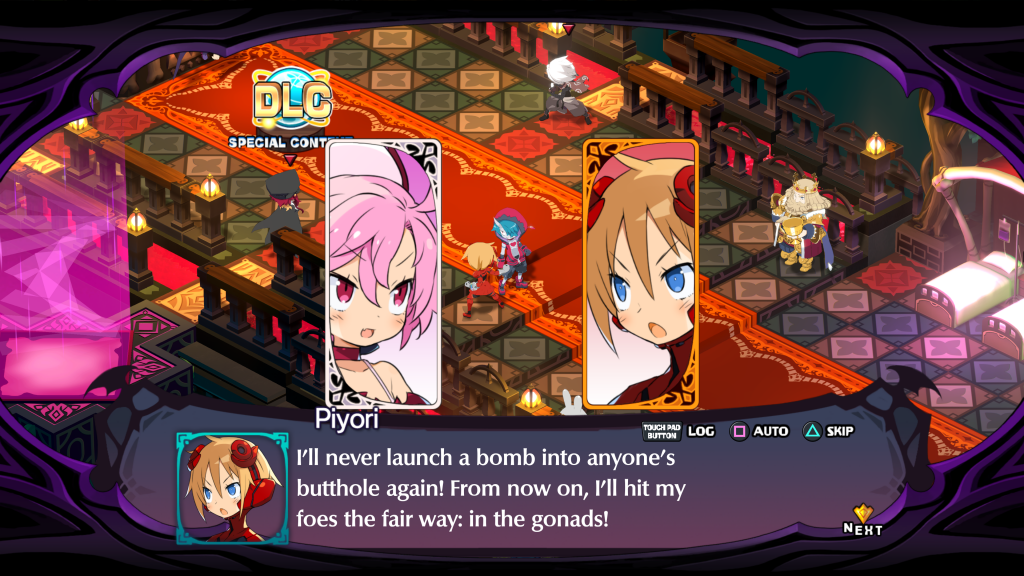 For newcomers Disgaea 6‘s new systems actually make it a little more likely that you’ll see some of the later stuff that might have required a lot of active grinding in previous titles, but the weaker characters make it a harder sell to stick with in the first place. More seasoned players may ignore the autoplay feature or embrace it but the higher numbers just for the sake of it combined with less variety in characters than usual (probably thanks to having to model them all) may make it feel less customisable than they’re now used to. Certain features will please them but the compromise may be too much.

I personally enjoyed the previous two entries much more. I do like the inclusion of autoplay as the grind has always put me off going too far beyond the credits previously, even though I always try to but I actually found myself getting bored long before the credits this time out. The characters not being that interesting really doesn’t help but the features and content that have been removed don’t either. There are some additions and having access to all the DLC is nice but rather than just making the numbers higher there really should be more interesting content to get up there, rather than grinding for the sake of grinding.

Disgaea 6 Complete
6 Overall
Pros
+ New 3D characters are decent representations of the old style
+ Auto-battle lets you grind without actually doing it yourself
+ Comes with all the DLC
Cons
- The main characters and story aren't that entertaining
- Less content and systems than previous entries
- Grinding is still a necessity
- Auto-battle is a replacement for playing the game!
Summary
Disgaea 6 finally arrives on PlayStation consoles in the West and brings all its DLC with it in this Complete edition. It has the majority of what you expect from a Disgaea but certain elements are lacking whilst others that have been introduced maybe aren't for the best. Ultimately I can see some enjoying the additions and others resenting them so approach with caution and you may be pleasantly surprised.