Just under eight months after the main game came out the second paid DLC has released for Darksiders III (read our original review here). Keepers of the Void introduces a puzzle heavy area of the game, providing new enemies, bosses, four new sub-weapons and the reward of a unique looking armour once completed, but is it worth coming back to after all this time? 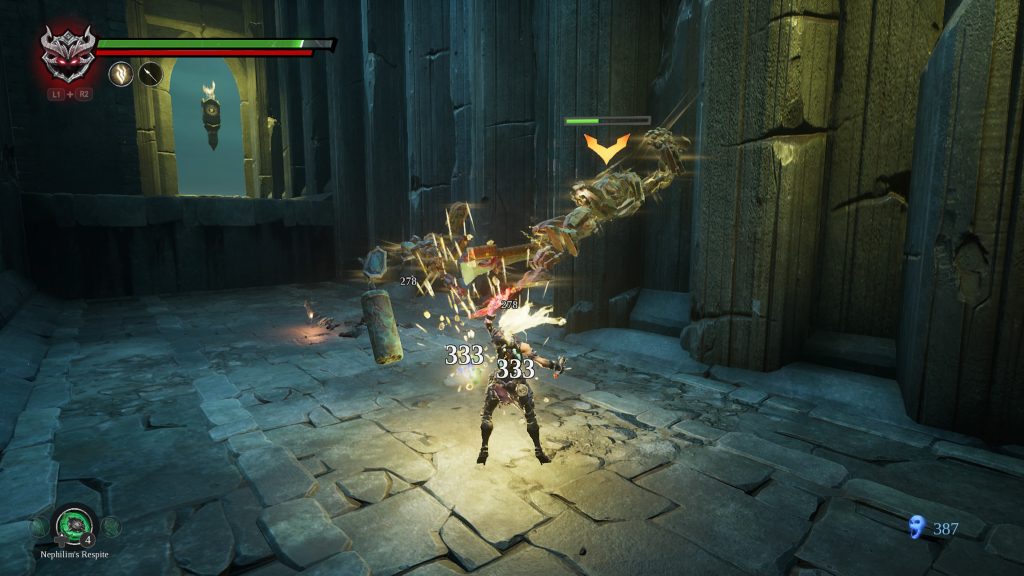 With the DLC installed upon talking to Vulgrim he will tell you that an ancient evil is interfering with the Serpent Holes and that he wants Fury to go to the Void and sort them out. There isn’t a whole lot more to the story after that until the very end and then it’s very self contained, like a filler episode of your favourite anime.

There are four areas to the DLC, each focusing on one of the powers you collect in the main game – Fire, Storm, Force and Stasis. Because of this you’ll need to have at least collected the Flame Hollow in order to start the DLC, leaving and coming back once you need a new power. If like me you have a save file at the end of the game, or at least have all the powers, then you can play through it all in one go.

The puzzles you face throughout the DLC are block puzzles. You aren’t pushing and pulling them around though, you’ll need to activate orbs using the correct element to change the position and nature of the blocks. Using the right combination of elements to work your way through the rooms will allow you to advance to the boss of that ‘wing’ which will grant you a new sub-weapon upon defeat.

Although the puzzles are enjoyable enough they are very one note. There aren’t any other types of puzzle throughout and once you’ve seen what you have to do the first time you’ll breeze through most of them without much trouble. Activate a block, change its element so you can glide off it/climb up it/roll along it, rinse and repeat. Sometimes the orbs you need are missing but in order to get the orb to place it in the slot you have to, you guessed it, move some other blocks. 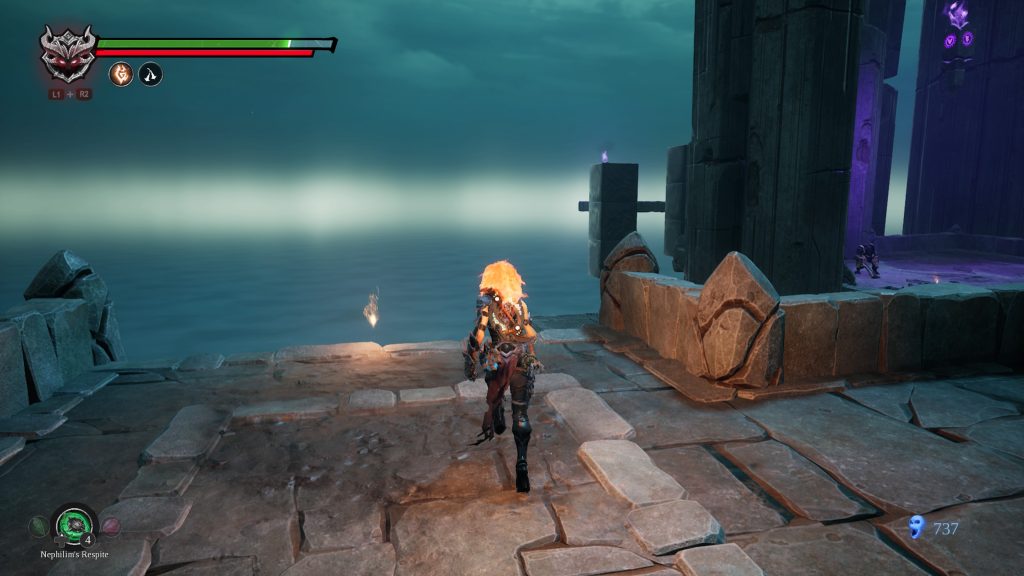 Combined with the samey environment and enemies (they’re new but just made of rocks and pretty unremarkable) it does feel a little undercooked. If this was an area in the main game it’d be pretty forgettable except for the overuse of the same puzzle mechanic throughout. There are five bosses and four of them look the same and have similar, although not exactly the same, attacks. The final boss was different (but still made of rocks) and a fun and challenging battle. It was easy enough to play through in under three hours, but for £10 it may be a tough ask.

Obviously new weapons and armour are nice to get, along with all the materials you’ll find lying around as you progress through it, but unless you’re just starting the game now then you’ve probably finished everything and upgraded the weapons you already have, meaning the low level weapons you collect aren’t as good stats-wise. That’s the problem with DLC like this. If it’s not offering a great stand alone experience then the early adopters, the people most likely to buy the DLC probably, don’t have a huge reason to play through it or will get little from it if they do. I struggle to think of many DLCs that have got it right this long after release. 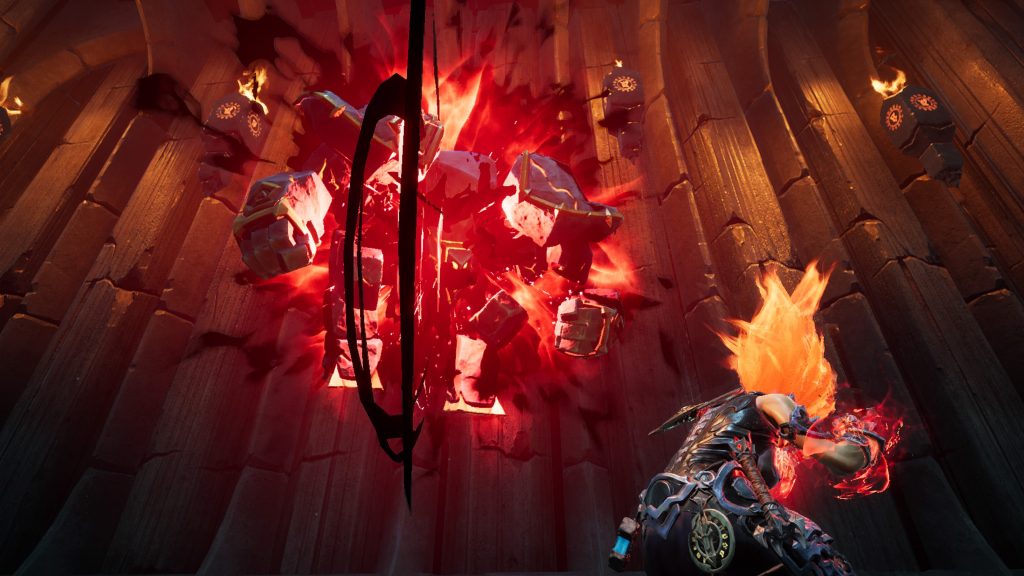 If you have the season pass or just need more Darksiders III in your life then Keepers of the Void is probably worth a few hours of your time. If you’ve finished with the main game and deleted it to make space for newer titles then I can’t really recommend you rush back to it for this DLC. It’s a brief experience with very little variety in puzzles or visuals but I found it enjoyable enough to play through and the Abyssal Armor looks pretty sweet, at the very least.

Darksiders III - Keepers of the Void
6 Overall
Pros
+ Some unique rewards for playing
+ Same fun combat and traversal from main game
+ The puzzles are enjoyable to solve...
Cons
- ...but the puzzles are repetitive
- Samey environment and enemy design
- Short
- Doesn't do enough to bring you back
Summary
Darksiders III - Keepers of the Void is a puzzle-centric DLC with some unique rewards in the form of sub-weapons and armour. Unfortunately the puzzles and environments are very reptitive and so long after release it doesn't really do enough to warrant reinstalling the game.