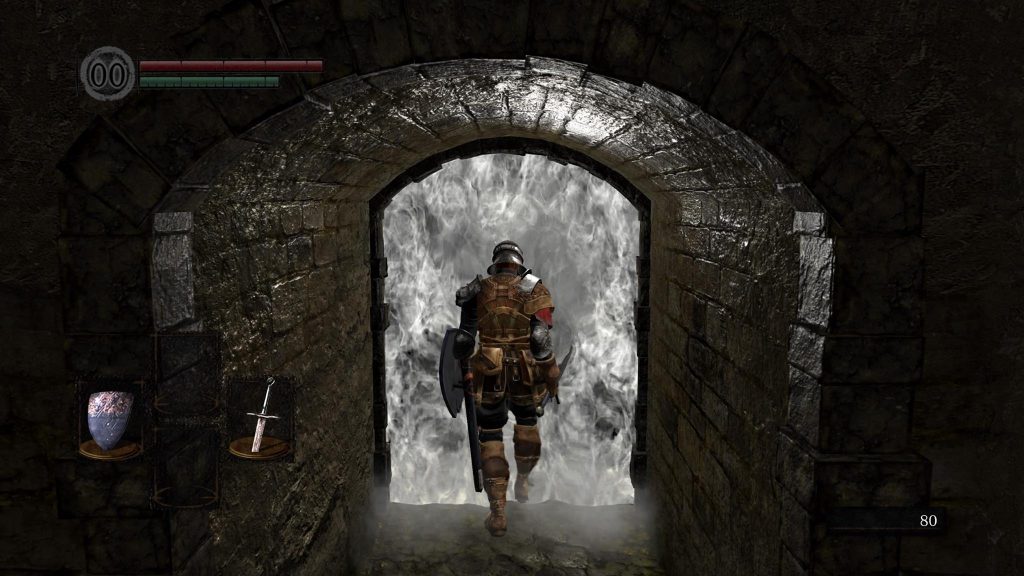 There are very few new words that can be said about Dark Souls and its impact on the gaming industry. We all know how difficult it can seem, how just about every game with punishing gameplay is compared to it and the countless memes depicting a sunny delight drinking Knight Solaire. However, fewer words are said about the magnitude and interconnectivity of the world of Lordran. It is as much your enemy as any of the sword wielding monstrosities that you encounter throughout Dark Souls, yet it combines this with a hint of natural beauty and the medieval machinations of a world at the brink of apocalypse. It’s one of the few worlds in gaming that you could theoretically miss, thanks to how seamlessly areas connect and how hidden these areas are to the first-time player.

In fact, it’s kind of amazing how much the kingdom of Lordran is taken for granted. When Dark Souls first launched, nobody knew a thing about the world and unless you had the strategy guide at your side, very little was available to you in terms of foresight. Everything had to be discovered by the players and then fed to others to make use of the loot placements, hidden shortcuts and general advice that can turn a repeatedly failed excursion into danger a successful endeavour that players can profit from to make their playthroughs just that bit more comfortable. So, with all these discoveries now being common knowledge, how does a remastered Dark Souls fare with all this hindsight? 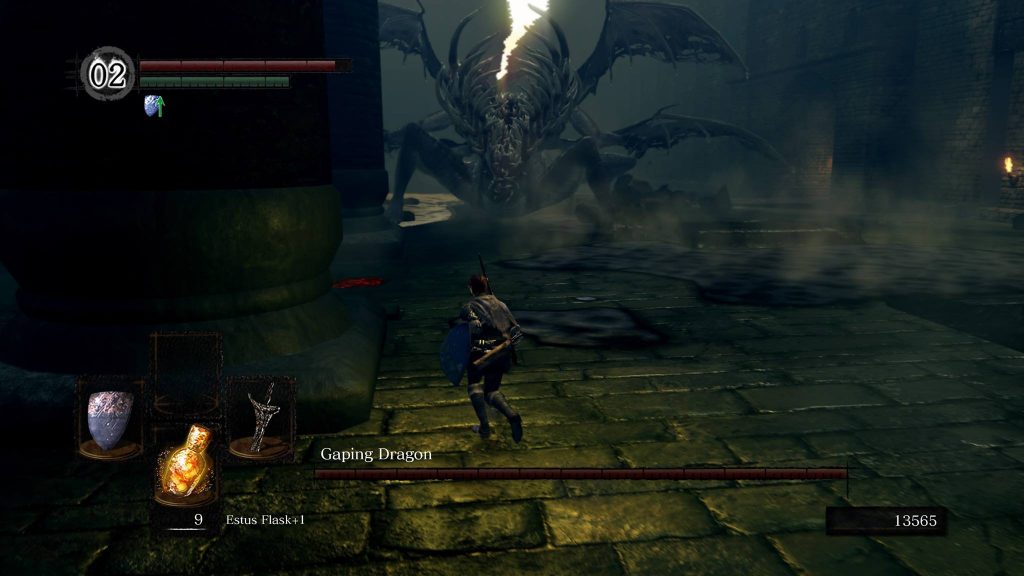 There is a strange feeling when playing through older ventured paths in Dark Souls. Areas that had previously sapped hours of gameplay and controller dexterity are now familiar obstacle courses of undead combatants and sneaky traps that are far less effective with hindsight. It’s thanks to the first game’s learning curve that this is possible and the idea of discovery being key to the very framework of the experience meaning that Lordran isn’t just a set of quests from point A to B, it’s a journey that is personal to the player and one that remains moreish across several playthroughs thanks to the sheer amount of options available to you.

I went into Dark Souls Remastered with a score to settle. I had previously played a good portion of the original PC release and had shelved it due to the Steam/ Games for Windows Live crossover which ended up with my save data being wiped, losing all hard earned progress up until the latter stages of the game which was a hammer blow that sapped any desire for me to return, until the game was improved with a HD update at least. Dark Souls Remastered provides the update that I needed. Older areas that I struggled with such as Blighttown are now far easier to deal with due to the improved framerate, while areas such as Undead Burg and Darkroot Gardens have a much higher visual fidelity that makes retreading these places far more enjoyable. I was able to walk through areas that i knew well with a wry smile, knowing that i had previously defeated the path before me and i have also been able to rekindle that knowledge and use it agains the areas that i hadn’t yet got a chance to see. Lordran was no longer the daunting hellscape that i once knew it was, it now stands as a welcome challenge, one that i understand and have the ability to overcome with time. 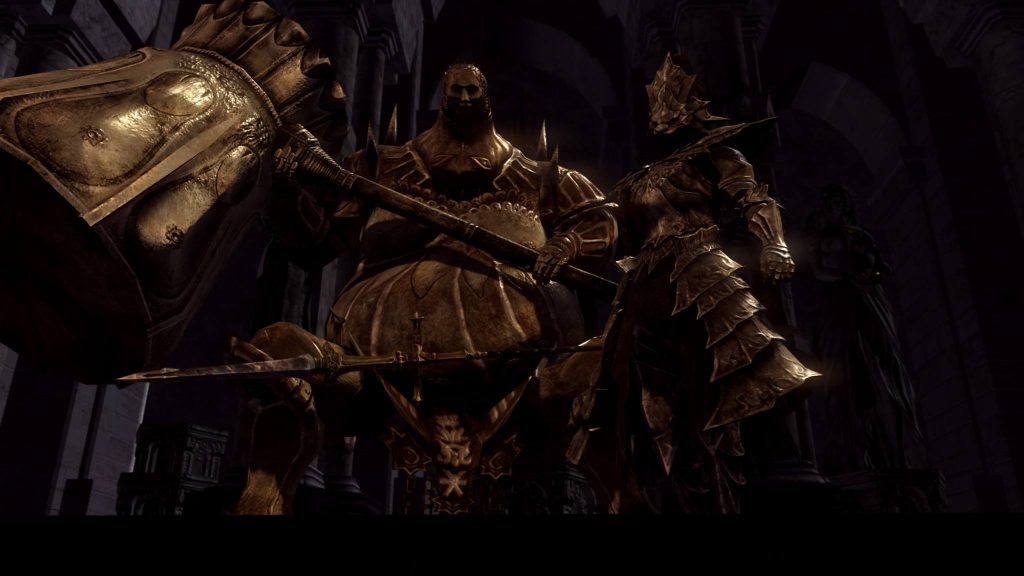 There are a few quality of life improvements that come with the remaster. You can now use multiples of the same items from the menu screen as opposed to the annoyingly fiddly system from before. Some bugs have been addressed also, such as one which I employed previously to cheese a particularly difficult encounter in Anor Londo which made me must rethink my strategies and do things the honest way. However, there are many issues from the original release that still return with this version. For example, tactics employed by PVP players are still present such as chained backstabs or ability stacking, while other player beneficial aspects still exist, such as the boundaries at which Havel can pummel you with his dragon tooth mace, allowing you to chip away at his health from the confine of his home.

It feels that the team behind the remaster had a difficult conundrum to face when addressing bugs and glitches. It’s hard to judge at which some of these bugs count towards people’s enjoyment of Dark Souls, as if these quirks are definable aspects of the experience and have been preserved to employ consistency, but some should certainly have been addressed in the interest of fairness. These bugs would certainly include some of the collision detection that occurs during combat, which can allow some enemies to hit you through walls, or the boulders in Sen’s fortress being able to send you flying despite being perfectly still. 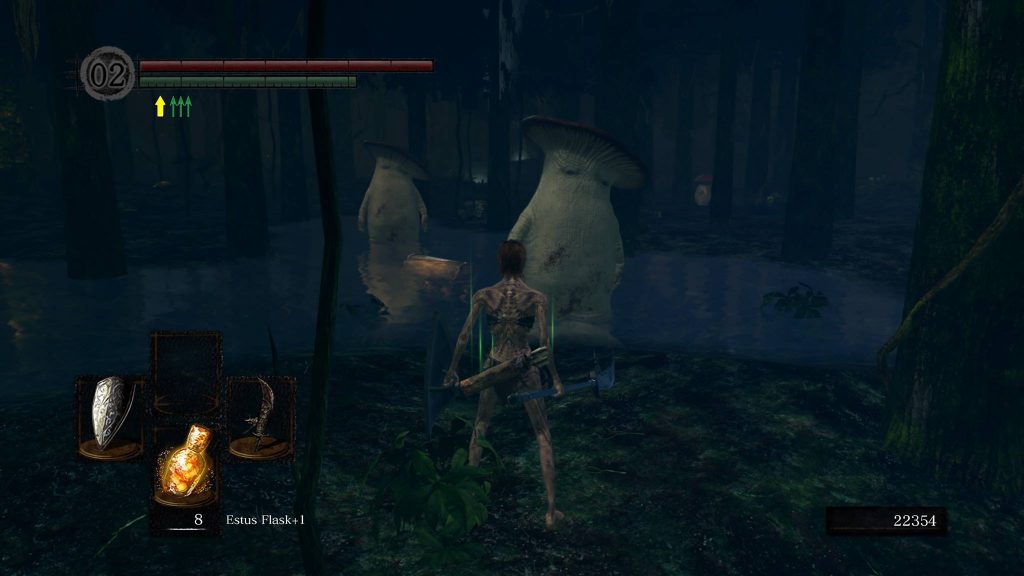 Otherwise however, the gameplay is still good ol’ fashion Dark Souls. Everything still feels like clockwork, with you and your enemies relying on slower, deliberate attacks to get the job done. The same amount of options are here, allowing just about any weapon or playstyle to be viable, making even your starting weapon capable of seeing the finale after a few upgrades. Online gameplay still provides a lot of playstyles, including the inclusion of the brilliant Gravelord covenant which allows you to poison other worlds with tougher enemies until the players you infect track you down and put an end to your mischief. With the rejuvenated community brought on by the remaster launch, it has never been a better time to play online as there are plenty of people for cooperative gameplay, plenty of invaders to take on and plenty of opportunities to observe the many ways that people have interpreted the way their character plays.

Dark Souls remains that incredible experience from the previous generation and the remaster improves that in the way that counts. It doesn’t do much though and if I was reviewing just the remastered take on this then we would be losing a few numbers off the final score due to the laziness at display. However, I cannot deny that the game is still incredibly fun to play and that this is definitely the best way to experience it on a console. If you are new to the franchise then this would be a good jumping on point, if you are a veteran then the remaster may leave you feeling a bit cold, however there is a good chance that you still have much to discover, plenty of new playstyles you can employ and a whole heap of jolly cooperation to go around.

Dark Souls Remastered
8 Overall
Pros
+ Dark Souls at 60 fps is wonderful
+ Lordran is still an amazingly well-designed locale and worth coming back to
+ Some quality of life improvements and balance tweaks
+ The graphical update cleans up what was previously a stodgy looking game
Cons
- The remaster doesn’t bring a lot to the table
- A lot of bugs and quirks have been ignored in the cleanup
Summary
The remaster may not bring much to the table, but the benefit of the improved frame rate and visuals succeed at making a great game even better. If you are new to the franchise, then now is certainly the time to jump in. However, veterans will possibly feel a bit cold to the lack of effort on display. Dark Souls still remains one of the greatest games of its type however and the remaster gives a suitable reason to explore Lordran once again, if you needed one that is.