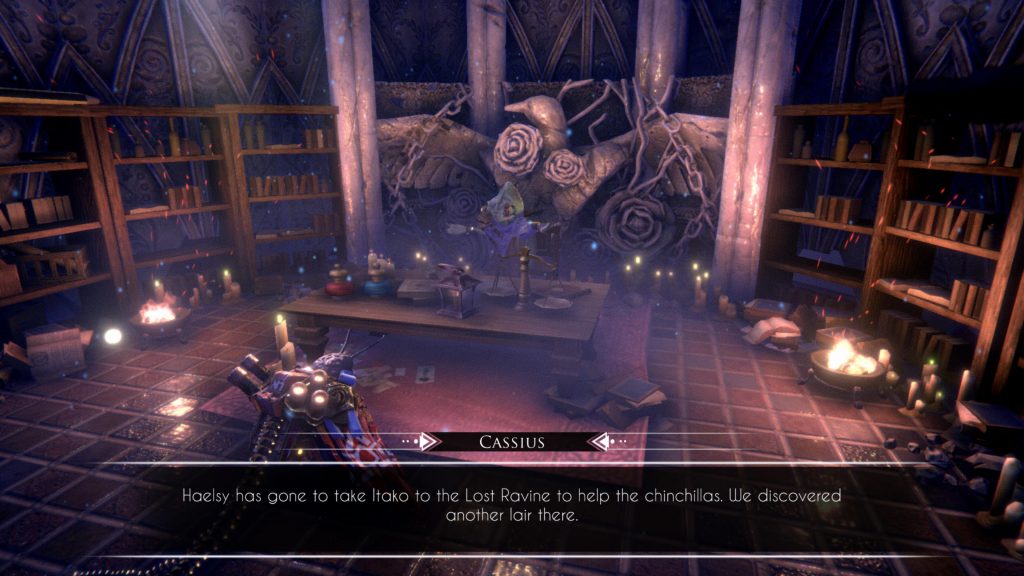 Post-apocalyptic stories have been a favourite of all media lovers recently. It’s hard not to see why. If you look outside your window these days, chances are you will see something out there that reminds you of a harrowing element from one of those dystopian stories you have read or watched over the past few years.  Whether it be a global pandemic, news of war or natural disasters there is usually something that either draws a parallel or will soon be covered in a doom-mongering story to come.

This is of course, where video games should come in. These are a reasonable escape from all that negativity. However, the end of the world is also the forte of the interactive medium, particularly with games that welcome anarchy and let players indulge their wicked sides in what usually becomes a playground of lawlessness.

It’s a shame then, when the idea of a post-apocalyptic story focusses only on this, as opposed to the smaller factors. Like, what happens when we are all gone? Does nature rise? Is there a new species that can take up the mantle of being technologically superior? What does this society look like? Usually, this kind of thing would be a footnote, but when developers do try to tackle this, such as with Tokyo Jungle on the PS3, it can make for some truly interesting ideas, I believe. 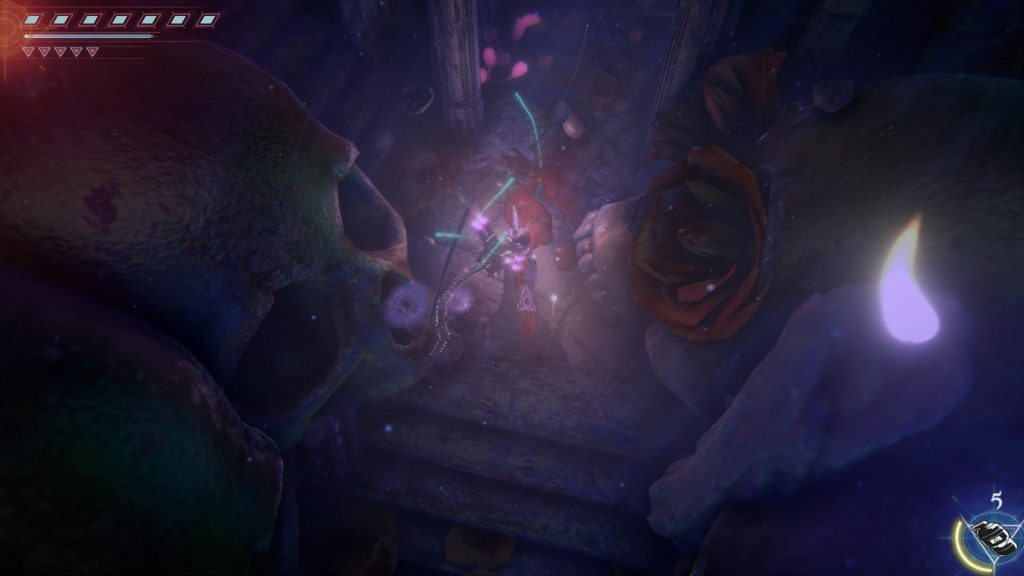 Clid the Snail is a game that looks to represent this often-overlooked scenario. In this, you play as the titular Clid, a member of his species that has grown tired of cowering behind the walls of the snail citadel and has instead created and taken up arms against a growing slug menace. Unfortunately, despite his surly yet good intentions, the other snails do not take kindly to his violence, and he is forced into exile to drift across a landscape littered with the remains of humanity.

It’s an immediately interesting premise for me, as the human influence is kept to the sidelines yet is an ever-present element of Clid the Snail’s world. On our scale, you get a sense that something terrible happened, yet on Clid’s scale, it matters little as humans (referred to by everyone as the giants) are long gone and if anything, are almost mythical creatures of the past that are obstacles that need to be navigated around. Clid’s primary concern are the slugs which have been whipped into a frenzy by a plague that has infected their species, which is causing havoc amongst the various animal citadel’s that make up the society that inhabits this world.

A short way into the game, Clid encounters a group of exiles that make up a form of task force. It is with this ragtag crew that Clid is charged with liberating other animal settlements from the encroaching slug menace while offering salvation in exchange for payment. There is more to talk about here, but this is where I will leave the story elements so that players who are interested can dip in and discover this for themselves. What you really need to know beyond this, is that the group of exiles that Clid becomes a member of are the guys providing him the firepower in aid to get the job done. 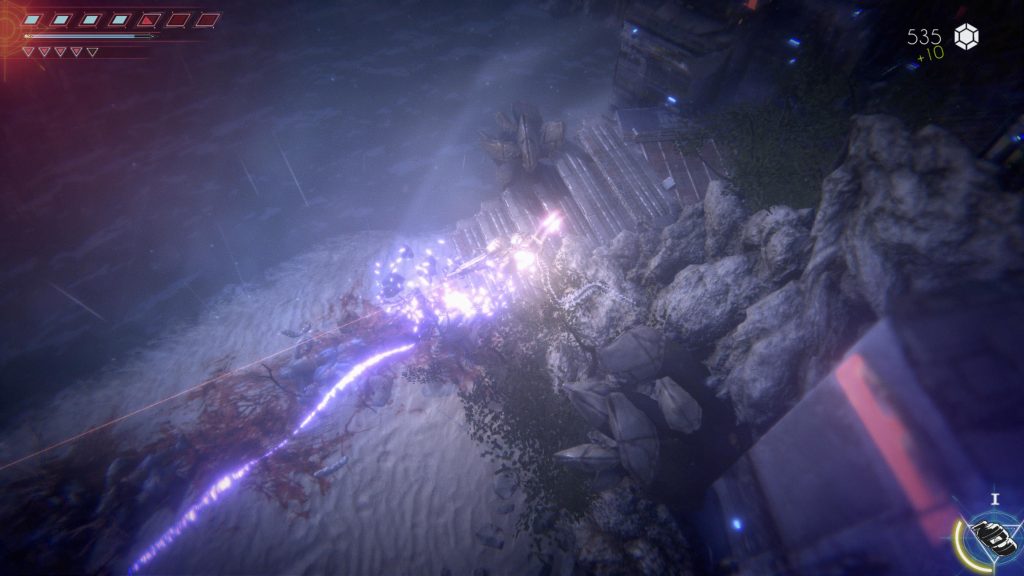 Clid the Snail is a twin stick shooter in every sense of the genre. As he progresses through the landscape and visits each locale, Clid is greeted by pockets and waves of enemies that need to be mowed down for the day to be saved. This may conjure thoughts of fast paced shooters like Housemarque’s sublime Dead Nation or Enter the Gungeon. However, We must remember that Clid is a snail and therefore not exactly a creature that is known for moving at pace.

Instead, this is a shooting game that takes a more considered and deliberate approach to gunplay. Clid moves at a walking pace for the most part, with the ability to sprint or roll if stamina allows. To balance this slower rate, for the most part enemies are sparsely scattered around, only really becoming a nuisance when attacking in groups or when ranged snipers come in later. When traversing the world between set pieces, they are barely an inconvenience, and this lack of threat can be a bit disheartening.

This is offset somewhat by some difficulty spikes that come in the form of Lair’s and a particular defence mission that is encountered early in the story. These see Clid enter confined areas and task the player either with fending off hordes of enemies while defending a gate or to shoot hordes of enemies in a bid to destroy the lair’s core. Unfortunately, these sections got tiresome quickly for me. These are slow paced sections where waves of enemies turn up to attack with ascending difficulty and no checkpoints during the encounter. It is very easy to get overwhelmed or trapped in a corner at these times and must restart the encounters all over again. Which would be fine for a challenge, however they go on for way longer than they need to and the early waves attempt to ease you in by throwing a smaller number of enemies at you that you are usually skilled enough to defeat easily. 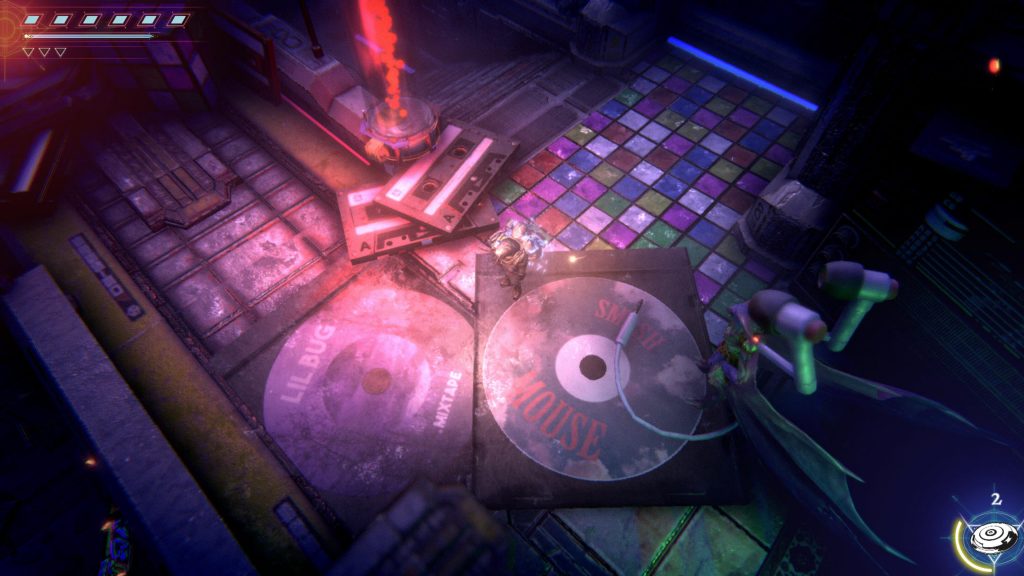 It doesn’t help things much further when the weaponry is as slow as the character you are playing. At the start, Clid has just his trusty blaster, which can either be shot with sharp taps of R2 or charged up for a more devastating shot that instagibs enemies that are unfortunate enough to get hit by it. This is by far the most useful attack as it can get rid of most enemies with minimal fuss, but it is not the most interesting. Other weapons come into play as you progress, including tools such as the flamethrower that burns down enemies, a lightning gun that spreads damage across an area or a shotgun that is good for crowd control. The only issue being that they all run out of ammo way to quickly to become useful in battle and have reload times that are way too long to make the weapons reliable.

In Clid’s arsenal also are a range of explosive and thrown weapons, such as grenades, landmines and even roaming sentry turrets. They all have their purpose and help massively against larger foes. Again though, they are not all that reliable as they have a limited supply that can only be replenished by meeting vendors out in the world. The last weapon is Clid’s shell itself. Over the course of the game, you get access to various upgrades that can change the properties of your shell and give it further abilities that can have a ‘smart bomb’ effect. These range from conjuring icicles around Clid as a shield that damages enemies or a devastating rocket barrage that can take out or heavily damage surrounding enemies.

These weapons and upgrades are all fine, but nothing quite gets the job done as well as the starting blaster. Which is a real shame as progression is centred around these weapons and what they bring to your travels, whether they are used for puzzles in the world or to assist you against certain types of enemies that you encounter. I just wish they were more useful outside of these moments as this could have made for a fun arsenal to play with. 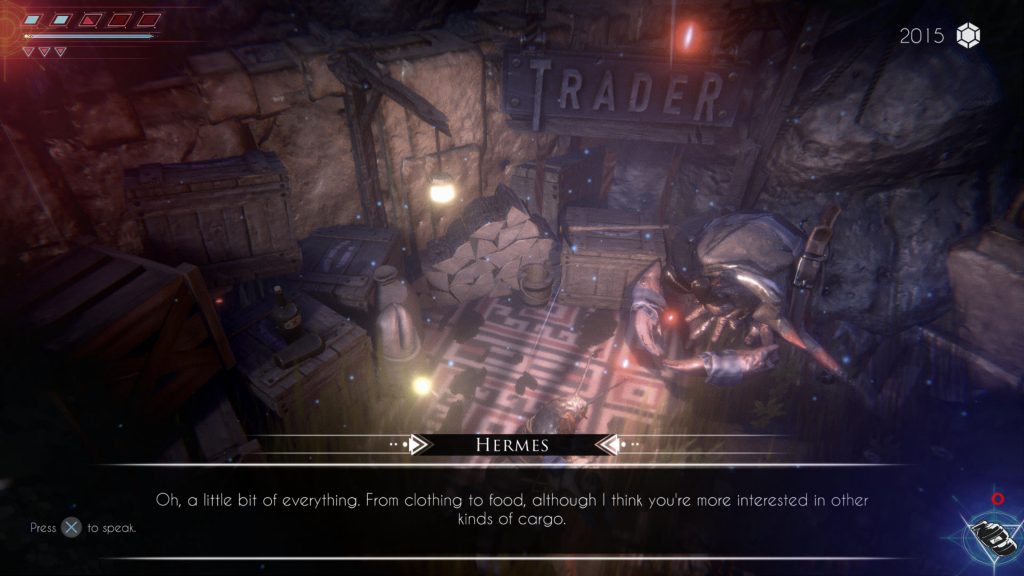 Another gripe is with the overall presentation of Clid the Snail. While I have praised the overall themes and the depiction of a human-less world, overrun with critters that have adopted technology. There is a downside that comes in the form of the visual direction. At a standstill, the world is well realised and demonstrates a capable melding of real and dark fantasy locales with realistic grass blades and the brown dirt under Clid’s feet. In motion, it gets ugly as the limited colour palette of realism makes locations and characters blend into each other, making foes difficult to make out and frustrating as they tend to get a lot of needless hits in.

The slug enemies are as much a victim in this. We don’t learn much about them other than that they are goons that are out to ruin Clid’s day, and their designs aren’t nearly as interesting as the other animals you encounter. There is some variation though, you get your smaller slugs that run at you in melee mode, you get mage-like castors that through energy bolts and others that tower over Clid as ogres. They just aren’t visually interesting or all that engaging on a gameplay level. They either run at you with fists flying or shoot you from a distance, there is no character or nuance otherwise.

It’s a shame then as Clid the Snail could have been something quite special, if only the gameplay could have been a bit more engaging or everything else being a bit tidier or more balanced, this could have reached indie darling status. However, that doesn’t mean Clid the Snail is a write off. The story has some great moments, the themes of the world are brilliant, and all of this came out of a game jam idea from fledgling studio Weird Beluga. While Clid may not be the instant classic it could have been, there is still plenty of change for the devs to do something great with this concept or with another project. I for one, will be looking forward to what comes next.

Clid the Snail
6 Overall
Pros
+ A clever take on the post-apocalyptic story
+ Some engaging, if not too difficult puzzles
+ At times, can be pretty to look at
Cons
- Graphically, the visuals are very busy and hard to follow at times
- Slow gameplay with poor checkpointing
- The Horde and defence sections are not at all fun
Summary
Showing promise in the early stages, Clid the Snail is both a charming shooter filled with a ton of character and visually interesting themes. However, the slow pace, cluttered worlds and repetitive gameplay fail to elevate the game to true greatness.