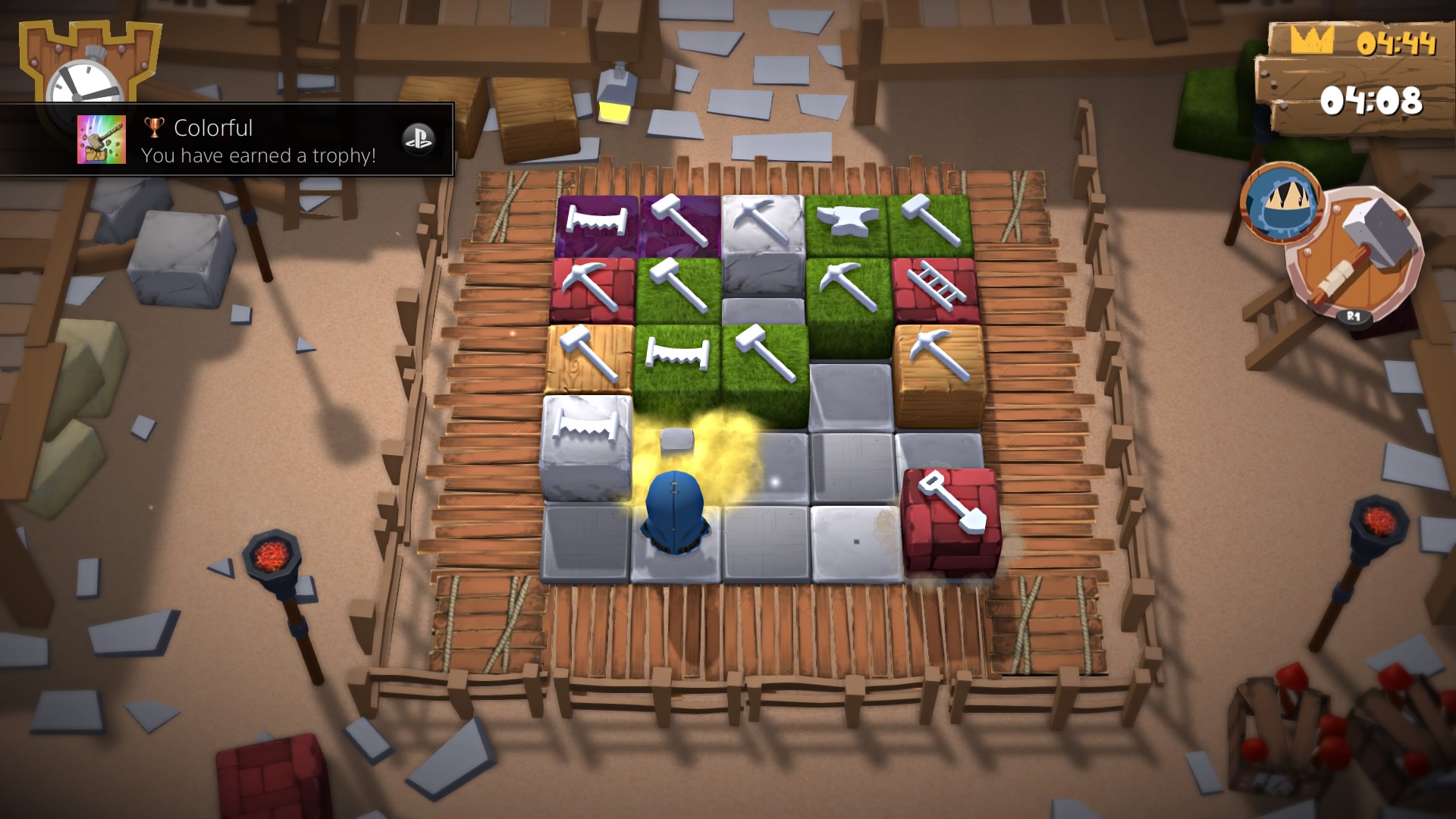 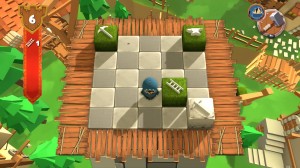 Awww.  The poor old match-three puzzler.  Once a source of harrowing levels of addiction before having its heart ripped out and replaced with in-app purchases.  I used to enjoy these games a lot but greedy developers made them all a bit ‘pay to win’ and I was out.  So, it’s good when a game like Castles comes along and offers some classic match-three action with none of that other bollocks.

So yes, the idea here is to match three, or more, similar blocks whenever you can.  There’s a tad more to it than that though.  The story puts you in the shoes of a builder who is trying to build a great tower for the king.  However, his enemies aren’t in a cooperative mood and so you’ll be getting all the building blocks you can handle and more.  These drop in and if they fill up the 5×5 grid play area, it’s game over.  Blocks have two characteristics, their colour and their type (denoted by a symbol on them – a saw, axe, hammer and so on).  Match them in a row of three, four or five by either criteria and they disappear.

What’s interesting is that you don’t directly control the blocks.  Instead you control your little builder who must push, pull and climb over blocks in order to align them.  It gives the game a unique, arcadey feel which I do appreciate but it can be a little cumbersome and will no doubt lead to moments of frustration as the blocks start coming thick and fast. 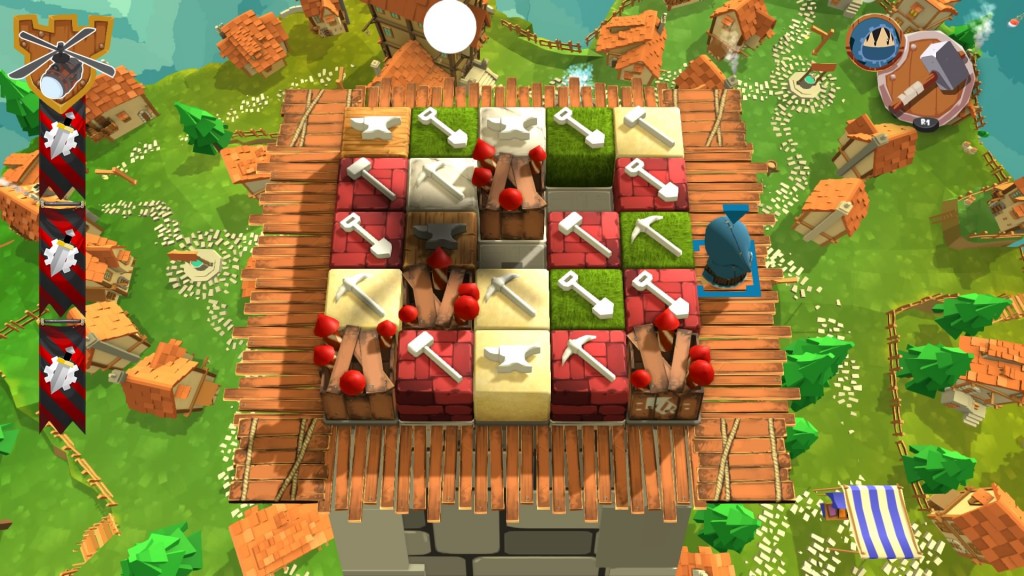 In the game’s story mode, it’ll ask you to match certain ones in order to proceed.  Clear the current objectives and the tower goes up by a floor.  Every ten stages is a boss battle.  Beat that and you get a checkpoint for when the game inevitably feeds you a giant bag of dicks.  And it will.  Cute visuals aside this is a tough game.  The aforementioned control scheme, very tough boss battles and an ever increasing level of difficult all combine to kick your arse eventually.

The basic gameplay is sound though and having a game that is a bit shorter but tough is arguably better than grinding 300 levels of bullshit like you usually get.  But the ten stage gap between checkpoints does start to feel a tad sadistic and with a game as simple as this, there aren’t many reasons to stop you getting discouraged. 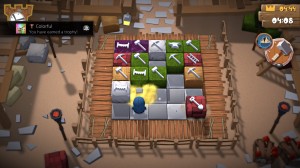 Co-op and survival modes complete the package here but they don’t add much in the way of content or value, however as a simple little match three game with an arcadey twist, this isn’t going to offend anyone.  It’s far from being a PS4 powerhouse though and feels like a Steam also-ran (which it probably is, I’m not firing up Steam any time soon to find out) but it exists and when it drops to under £3 and you Google this review, I’m neither going to be recommending Castles nor warning you away from it.

It’s a simple match-three puzzler that replaces drone-like addictiveness for a substantial challenge.   It’s low on production values but it’s up to you if you see its simplicity as refreshing or lazy.  I’m unsure, but it’s kind of fun for a while.  At least more fun than watching Castle on TV.  But the difficulty, lack of variation and the controls can conspire to make the game feel like a bit of a chore.  The 5×5 grid doesn’t give you much room to move, ultimately making this feel like a bit of a pressure cooker at times which is at odds with it’s child-friendly look.  It is solid though and undeniably playable.

Castles
5 Overall
Pros
+ A different take on the match-three genre + Easy to get into + No IAP nonsense
Cons
- The gameplay is a tad too simplistic - Boss battles may be too difficult for some - Can get a boring - Not actually very addictive
Summary
Simple match-three puzzling that unfortunately gets a bit too difficult for its own good and, ultimately is never very interesting.