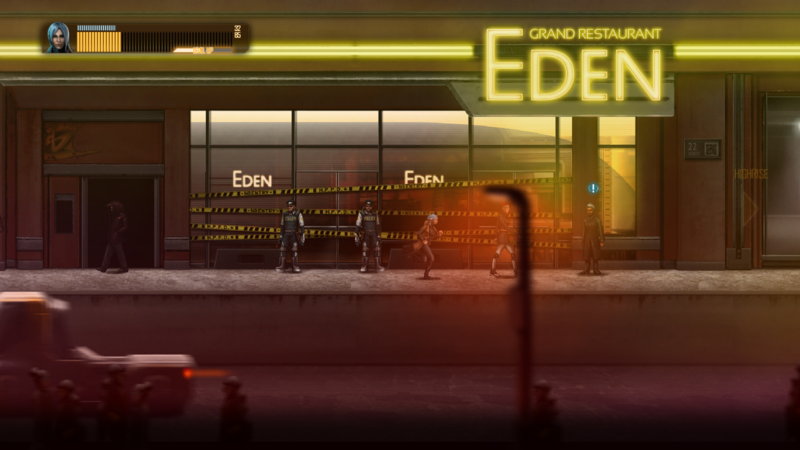 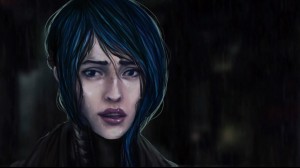 During my teens my friends and I liked to mess around with Games Factory, a program for making 2D games. I made a 2D ‘game’ based on Jet Set Radio called Super Duper Skating and a more violent Crazy Taxi called DeCabitation. If I was into Deus Ex at the time I would have attempted to make Dex.

Dex is a 2D sidescrolling action RPG that was released last year on PC and funded by Kickstarter, which seems to be a theme these days. Now released on PS4 with the Enhanced Version which basically amounts to the PC game with all the fixes and improvements that version received after release.

You control the titular Dex who has become a target of The Complex but is saved by the infamous hacker Raycast. Living in the sci-fi city of Harbor Prime she must learn to become a hacker herself and become more than human to overthrow this mysterious and powerful organisation.

You explore multiple areas in the city running left and right with a bit of light platforming allowing you to investigate both up and down in many areas. You’ll be looking for money, items to sell or use or secret areas which may lead to better upgrades. In the central areas of the city your exploration won’t be hampered by anything other than your characters abilities.

You will encounter many NPCs who will happily ask for help with their problems and soon your quest log will fill up with side quests galore. These quests could be asking for money, to retrieve something, to clear out a certain area of enemies and are actually the main bulk of the game. I never found them to be dull and the rewards, even if it’s just experience was worth following them through to the end.

On the outskirts of town you’ll bump into enemies who will attack on sight but don’t respawn after you’ve beaten them. If you can sneak up behind them then you can take basic enemies out with one choke, if not then you start with a two punch combo which can be upgraded to be more expansive or there are numerous guns in the game assuming you have the ammo. I personally didn’t bother with guns at all, opting to level up my hand to hand.

That’s not where my first upgrades went however. You can upgrade health, combat, guns, hacking, lock picking, charisma and bartering and I first of all went for lock picking so I would never come across something I couldn’t unlock (unless it was electronically locked or required a code), then charisma so I could convince people to give me a better reward or give up willingly. This was a perfectly viable way to play the game. I eventually did upgrade my combat and health and the game became easier and the combat more enjoyable but it’s not a necessity and although I didn’t upgrade guns at all during my run through I’m sure a guns only run is viable as well. 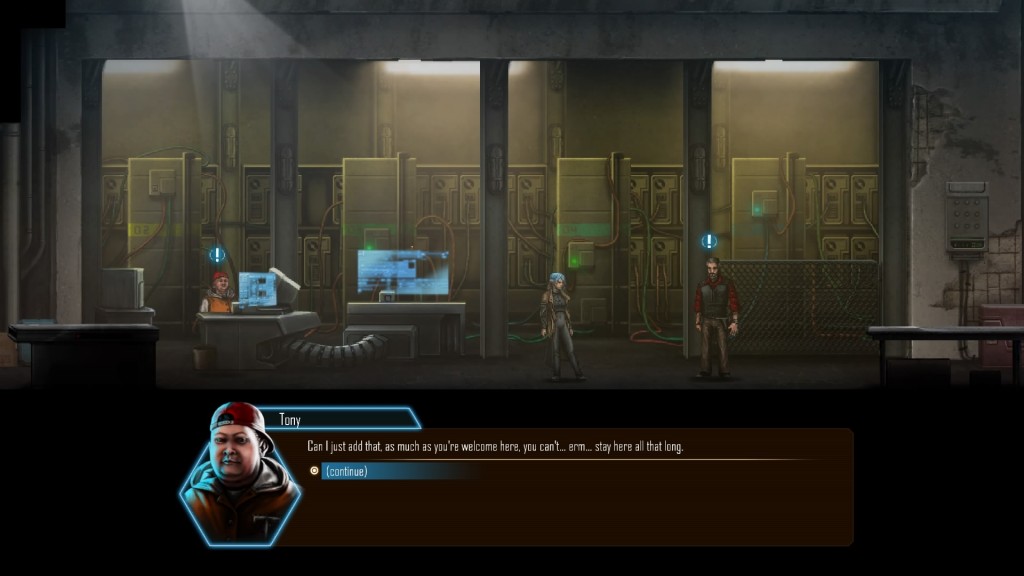 On top of your natural development as a character at a certain point you can start acquiring augmentations which can be incredibly helpful. Again you can go for better defence, stronger punches or higher HP but initially I went for the abilities that allowed me to explore even more, the ability to breath toxic gas, become invulnerable to electricity damage and jump super high. Abilities that enhance both the way I play and strengthen my favourite part of the game, the exploring of areas actually do make you feel like you’ve progressed from the character you started as.

By the end of the game I’d found some armour that let me deflect bullets, had electric fists and just felt like an all round bad ass. I didn’t even get all the upgrades, you’re limited by how many slots you have, these were what I chose and you could go for something quite different.

The final part of the gameplay loop is the hacking. Unlike something like Deus Ex hacking is required so upgrading it only makes the hacking elements easier/less painful. As with all games a hacking mini game is required and here it takes the form of a scrolling shooter. You have full range of movement and explore a maze-like area using the right stick to shoot at enemies trying to stop your hack attempt. The idea is to find a piece of information or manipulate some data in the computer and log out again, the shooting is just used to defend yourself. Upgrades here take the form more more shots coming out as you fire and quicker recharging special attacks. I left the upgrades to this a little late but once I’d upgraded just a little these sections became less of a chore and more enjoyable.

Unfortunately it’s during the hacking that the worst part of this game happened for me. Often the game will stutter, the screen will freeze for a split second and then continue moving. Generally this is not a problem and just a minor annoyance that takes the shine off an otherwise very enjoyable game. During the hacking sections however (I think this is because of the stutter) I became trapped in the wall, unable to continue. This happened maybe four or five times during the entire game so wasn’t too frequent but the first two times happened very early on and was incredibly off-putting.

You can save anywhere so I suggest you save before any hacking attempts to avoid loss of progress if you do get stuck. Other than that, some minor screen tearing and a broken trophy Dex runs perfectly well and hopefully a patch can fix these issues.

Presentation-wise Dex is merely okay. I’m a fan of 2D art but Dex‘s is nothing to write home about and some of the animation isn’t all that great (the crouch walk is especially silly looking). During the few cutscenes there are the artwork is very nice with digital paintings with minor movements but these are few and far between. The soundtrack is suitably sci-fi and although not all tracks are created equal there are some great tunes. All characters are voiced and the voice work is passable, though the characters they’re acting are kind of annoying. They are certainly characters though, there’s not a dull one amongst them. 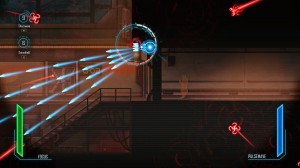 I played through Dex in three sessions. There is no in game timer but those three session were not short ones by any means. The loop of exploring, completing quests and levelling up hooked me in a way that a game hasn’t since Deus Ex: Human Revolution. Not bad praise at all for a game that I assume took great inspiration from that franchise. If you’re a fan then you must play Dex. Technical problems aside this is a game that gets so much right from the exploration to the character progression that I’m a little sad that’s it’s over already.

Dex
8 Overall
Pros
+ Character progression ramps up perfectly + Lots of areas to explore, if you want + Good soundtrack
Cons
- Technical issues - 2D art not the best
Summary
Dex is a brilliantly designed game with lots of areas to explore and character abilities to unlock. Some technical issues are not enough to ruin what is an excellent 2D variation of the sci-fi, exploratory RPG.