Much like Namco, Capcom have never been afraid to dip into their rich arcade history for a cheeky compilation.  They’ve put out coin-op ports and collections on every console generation and now it’s the turn for the previous generation to get theirs (or current if you’re still struggling to source a PS5).  Of course, that means plenty of fighting games, shoot ’em ups, platformers all with a default difficulty that will make modern gamers wince.  Sure, you may be able to beat the Returnal and Bloodborne but those of us with greying beards know that Ghosts n’ Goblins is the true Dark Souls.

Taking its cues from Pinball FX, Capcom Arcade Stadium is actually a hub for downloadable content.  The hub itself is free and comes with one free game, 1943: The Battle of Midway, a decent shoot ’em up from 1987 and the first of several sequels to the original 1942.  The remaining games however need to be purchased in packs of ten.  These are a tenner each. 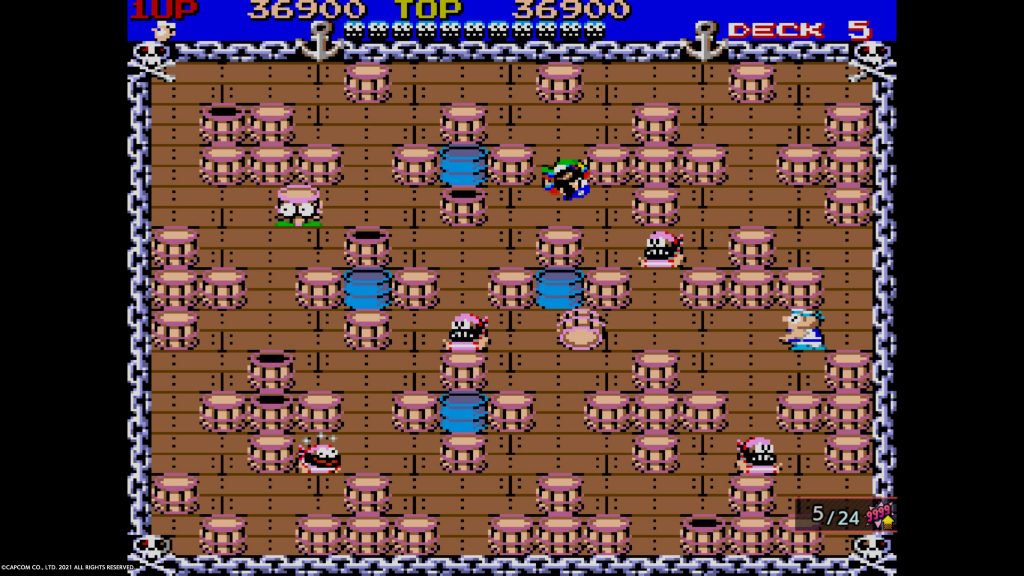 This pack contains the some early shoot ’em ups such as Vulgus, 1942, Section Z, Legendary Wings, Commando and Forgotten Worlds (which is much more playable using a joypad than it was in the arcade).  Bionic Commando, Trojan and Pirate Ship Higemaru round out the pack with the latter being a surprisingly enjoyable take on Pengo and Bomberman.  If you’re not a shoot ’em up fan, this might not be the one for you and some of the games have dated hard (or are just a bit too challenging) so your mileage may vary.  Also, we’re wondering why Side Arms isn’t on there. 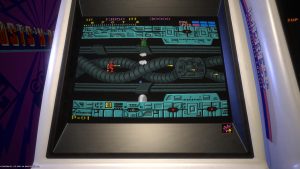 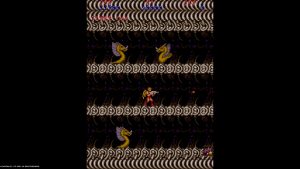 This period represents Capcom at its most influential (in terms of arcade output).  You’ve got Strider which upped the ante for movement and visuals in platform games, Final Fight which redefined the popular beat ’em up genre with its huge sprites and exciting gameplay and, of course, Street Fighter II which took the tired fighting game template and revitalised it with its varied characters and inventive movesets.  The rest of the pack is devoted to shoot ’em ups including the excellent 1941 and Varth and more fisticuffs courtesy of Captain Commando. 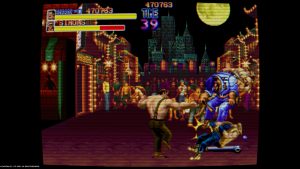 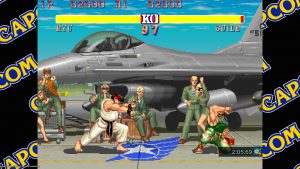 Street Fighter 2 gets two outings here with the Hyper and Super variants adding a bit more to the original however the real gems here are Progear, a masterful shoot ’em up developed by Cave, Giga Wing, 1944 and 19XX. If you’re in the market for some quality shoot ’em ups this is the pack to buy.  Battle Circuit, Armored Warriors and Warriors of Fate round out the pack but if you’re not keen on shooting and fighting then there’s nothing else here for you. 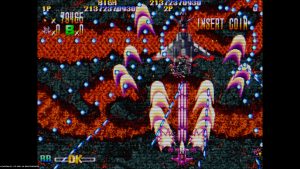 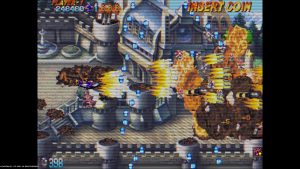 You can also purchase Ghosts ‘n Goblins individually and marvel at how uncompromisingly tough it is.  Its sequel, Ghouls ‘n Ghosts is on pack one and offers a marginally more playable experience but is still tough.  But as you can see, overall, this collection is very much dominated by fighting games (both 1v1 and scrolling) and shoot ’em ups (including the run and gun style ones Commando and Mercs).  The intention is release more packs later on which will hopefully include other genres (such as the car-based game LED Storm) but for now your enjoyment of this pack will be mostly based on the genres included here.

Obviously the games are ROMs and they run as expected.  Certainly we didn’t notice any faults in the emulation and everything was playable right away.  Also, Capcom have done a good job in giving you options on each game.  Aside from changing control layouts (which we did on every single game), you can also set your view (allowing you to view the game full screen or in a cabinet), your screen orientation and any display filters (giving you options to curve the screen, soften pixels and add scanlines to give the games the look of playing on an old monitor).

Difficulty, game speed and the number of lives can also be changed which is nice.  Games also have a rewind feature and quick-saving which helps to mitigate the difficulty of these titles.  These options work when you start a game in its default mode but Capcom Arcade Stadium also has score/time attack modes for the games which put everything on a default setting, enabling fair leaderboard competition.  There’s a score barrier to even getting on a leaderboard though and these are no joke with us finding that the score requirement was usually double whatever we scored on our first few attempts on a game. 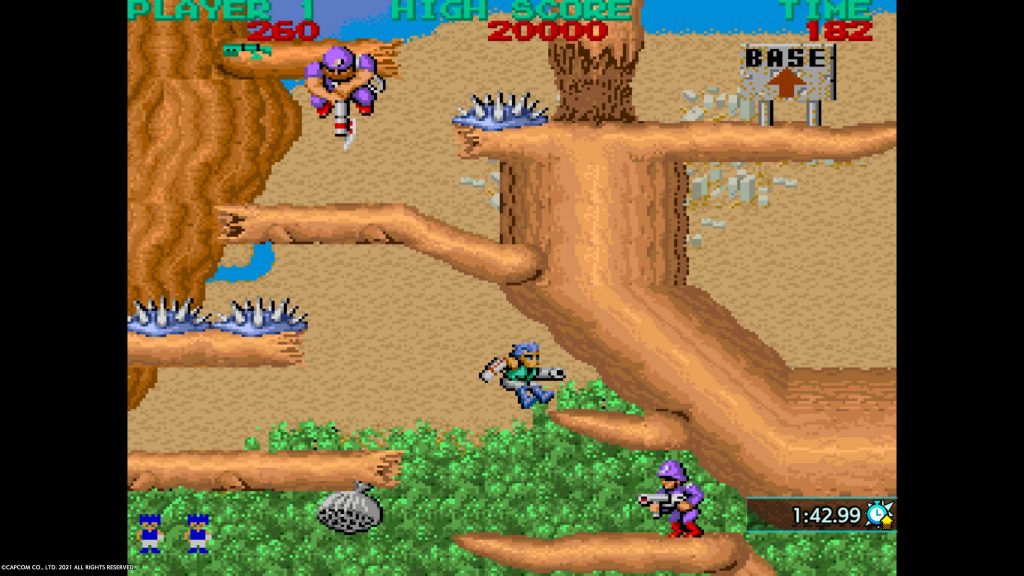 Oddly, despite all of the quality of life features available, we found ourselves playing the score attack modes the most.  Poorly.  The time attack challenges require you to beat these games though and that was beyond us on the default settings!  You also get to pick between US and Japanese ROM versions for most of the games too.

So, old-school arcade fans are well catered for but there are a few issues too.  Fans of these games have likely been emulating them for years now on MAME or will own them on other hardware.  While this collection does present everything quite well, there’s one area of weakness and it’s not one we’d usually give much thought to:  the trophies.

Done right, trophies and achievements are a good way to incentivise getting better at the games.  I remember being driven to 1CC Contra thanks to its Xbox Live Arcade port ten or so years ago or beating a whole week on the port of Paperboy.  Here the trophies have nothing to do with individual games and are instead linked to an overall progression system which is just all about time put in.  This system lets you earn ‘CASPO’ points which have no real use other than occasionally unlocking a new visual element for the collection (such as coloured cabinets).  It’s a slow process that doesn’t add anything of use to the collection.  And that’s all before you mention the less important annoyance of the all-bronze trophy list and no platinum. 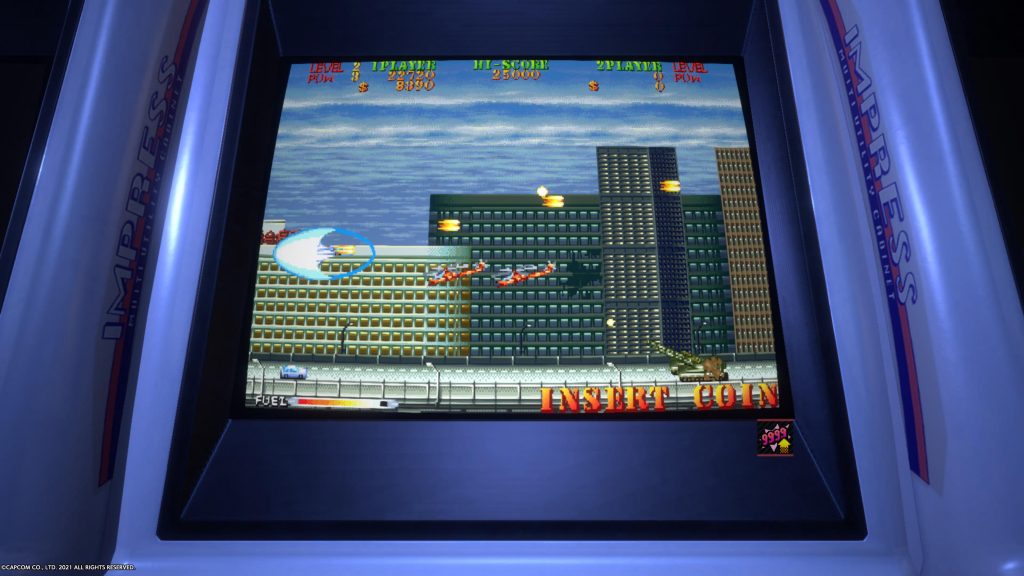 Another niggle is that your ‘collection’ of arcade cabinets is actually generic.  You can have Astro City style cabs, minis or tall ones and you can pick a colour for each one but they are all from a small selection.  We want to see the original cab designs with the artwork, marquees and control panels.  It’s such an odd omission doing it this way.

But the main thing here is the game and 32 classic arcade games makes for a solid compilation.  The games aren’t all equal but, hey, if you grew up playing Section Z in your local arcade then that’ll have value for you but whatever your personal gaming history, you’re sure to find a few favourites, and maybe some hidden gems, here.  If Capcom continue to support this collection with more games then that’ll be even better.

That said, at a pound per game (roughly) this is a little pricey and we weren’t too happy to see the ‘invulnerability’ cheat option being behind an admittedly cheap paywall.  But Capcom fans, arcade aficionados and retro gamers will find plenty of good content here.

Capcom Arcade Stadium
8 Overall
Pros
+ Lots of games
+ Good display options
+ Gigawing and Progear are welcome additions
+ Score and special challenge modes add a competitive edge
+ Lots of options for customising the difficulty
Cons
+ £30 for the whole package is quite expensive if you don't want all the games
+ Leaderboard requirements are tough to reach
+ Trophies do not encourage focused play and are a huge missed opportunity
+ Some notable omissions from the roster of games
Summary
Capcom return, once again, to their vast library of arcade titles and there are plenty of coin-op classics here for retro gamers to choose from. Your enjoyment will be dependent on your own level of love and nostalgia for these titles and if you're not a shoot 'em up or fighting game fan then you aren't well served here. Thankfully though we'll be happily playing Giga Wing and Progear for a long, long time.