Life under lockdown’s been weird. I’ve spent a fair amount of time doing some mundane things in video games in lieu of travelling from place to place in reality. Perhaps it’s a good thing then that Bus Simulator‘s map expansion DLC has finally arrived on consoles. Stillalive Studio’s public transport effort was already a lengthy experience. I might even say it became a bit laborious in the latter stages but this extra content looks to add three more districts and several new stops to the existing network. 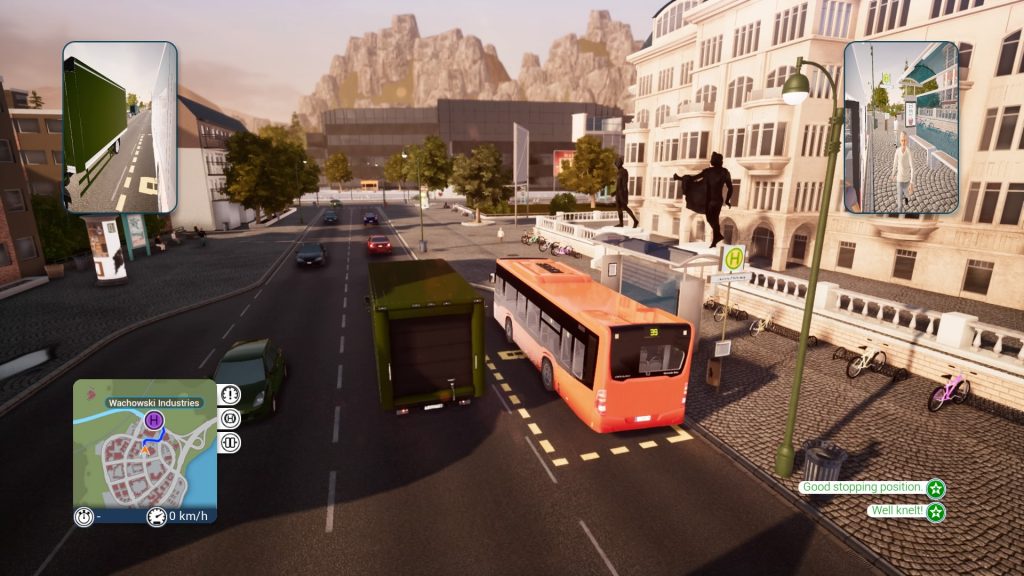 The expansion adds two new districts, Sonnstein and Kerstadt and plonks an airport in between them. Over the course of the DLC, you are tasked with linking them together with the existing network. Missions come courtesy of Max Klein, a new client who wants to connect places like the University to existing and new areas. You can complete the main game to unlock these new districts or play in sandbox mode to explore them.

The format doesn’t change from Bus Simulator‘s original release but the flow of missions certainly does. The nine tasks in total seem to fly by quicker. Quite a few simply require you to create and test a route before moving on to the next. It feels a lot smoother than the previous grind. Having played this continuously from the main game, it was a relief to see the missions take a simpler approach. 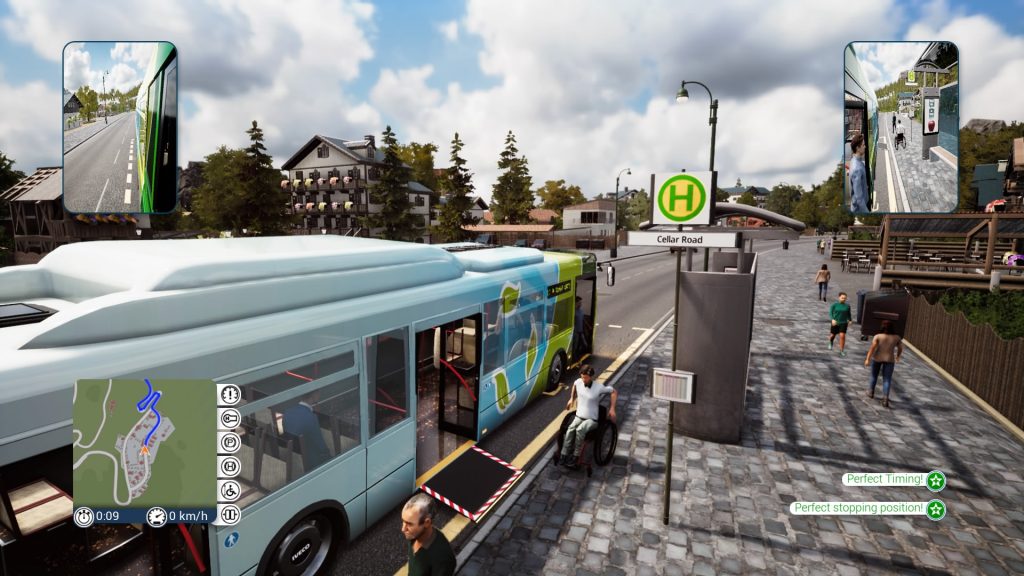 There’s still a couple of blockades when it comes to levelling bus stops but there’s a better sense of progression that made the handful of hours feel strangely effortless. Objectives are a lot less complicated, too. The base game did have moments of failure when it comes to explaining what’s required of you. For instance, there was one where you had to drive four routes within the same session for an objective to count. I guess the simpler design was a response to that and there is no confusion this time around.

Some routes will have time limits which I managed to figure out pretty easily and they retain the helpful tips when it comes to highlighting required stops. There’s even one objectives that break new ground with applying bus liveries and advertisement. It’s a shame that’s not explored in more detail because, like the base game, missions do sometimes struggle to deviate or freshen up the act of bus driving.  Forcing you to think about new routes and branding in that way would’ve been interesting.

In terms of the new districts, the map already had some variation between urban and rural environments. This expansion builds upon the latter with some more country to drive through. There’s a fair amount of farmland and crops and you now get into some of the mountains. There’s more to see and the twisty roads can be a challenge to drive cleanly. The roads leading up to Sonnstein are especially tricky if they’re packed with opposing traffic. Trucks and buses should never meet on the same corner and that usually spells disaster. I’d usually reserve that area for nightly drives to avoid the congestion. 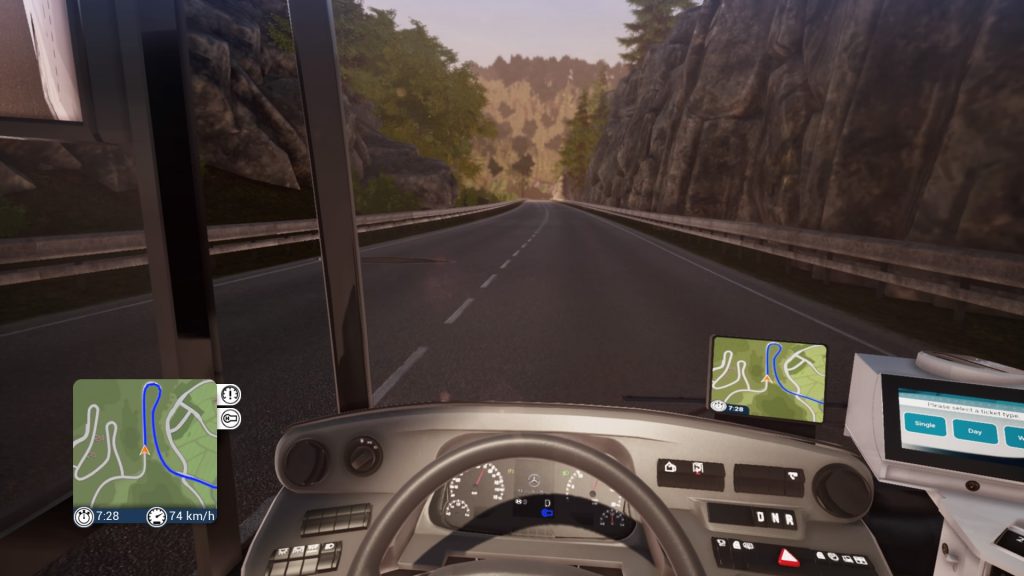 There’s a touch more life to these areas with the crops always looking vibrant and the planes flying overhead. There’s a lot more wildlife and the alpine regions have their own scenic qualities. It still maintains the budget look and feel of the original. It does feel technically more stable now and there’s some leniency when it comes to overstepping the pavement within the new routes. You’ve also got tunnels and a canyon to drive through with a lot more emphasis on elevation changes.

It feels like Stillalive have learned some lessons from Bus Simulator and made an expansion that carries a lot more forward momentum. The new areas are structured in a way that takes away from of the base game’s monotony. New scenery helps but helping push the player from job to job does so much more. It feels less like hard work and I can really appreciate that.

I’ve been pleasantly surprised by this. The expansion adds a couple of new districts but does a lot with the real estate. They’re beautifully scenic and the mission structure guarantees a much smoother progression than Bus Simulator‘s main campaign. The handful of hours it takes to explore and plan new routes do feel worthwhile. I found it a lot more relaxing and less of an artificial grind. The simpler mission design really helps keep you moving and delivers a much smoother experience.

Bus Simulator: Map Expansion DLC
7 Overall
Pros
+ Much smoother, simpler mission design.
+ Plenty of scenic, rural routes.
+ Swiftly paced.
Cons
- Would've liked to see a touch more required use of liveries and advertisements.
- There's still a couple of moments of grind when it comes to levelling up bus stops.
Summary
I've been pleasantly surprised by this. The expansion adds a couple of new districts but does a lot with the real estate. They're beautifully scenic and the mission structure guarantees a much smoother progression than Bus Simulator's main campaign. The handful of hours it takes to explore and plan new routes do feel worthwhile. I found it a lot more relaxing and less of an artificial grind. The simpler mission design really helps keep you moving and delivers a much smoother experience.