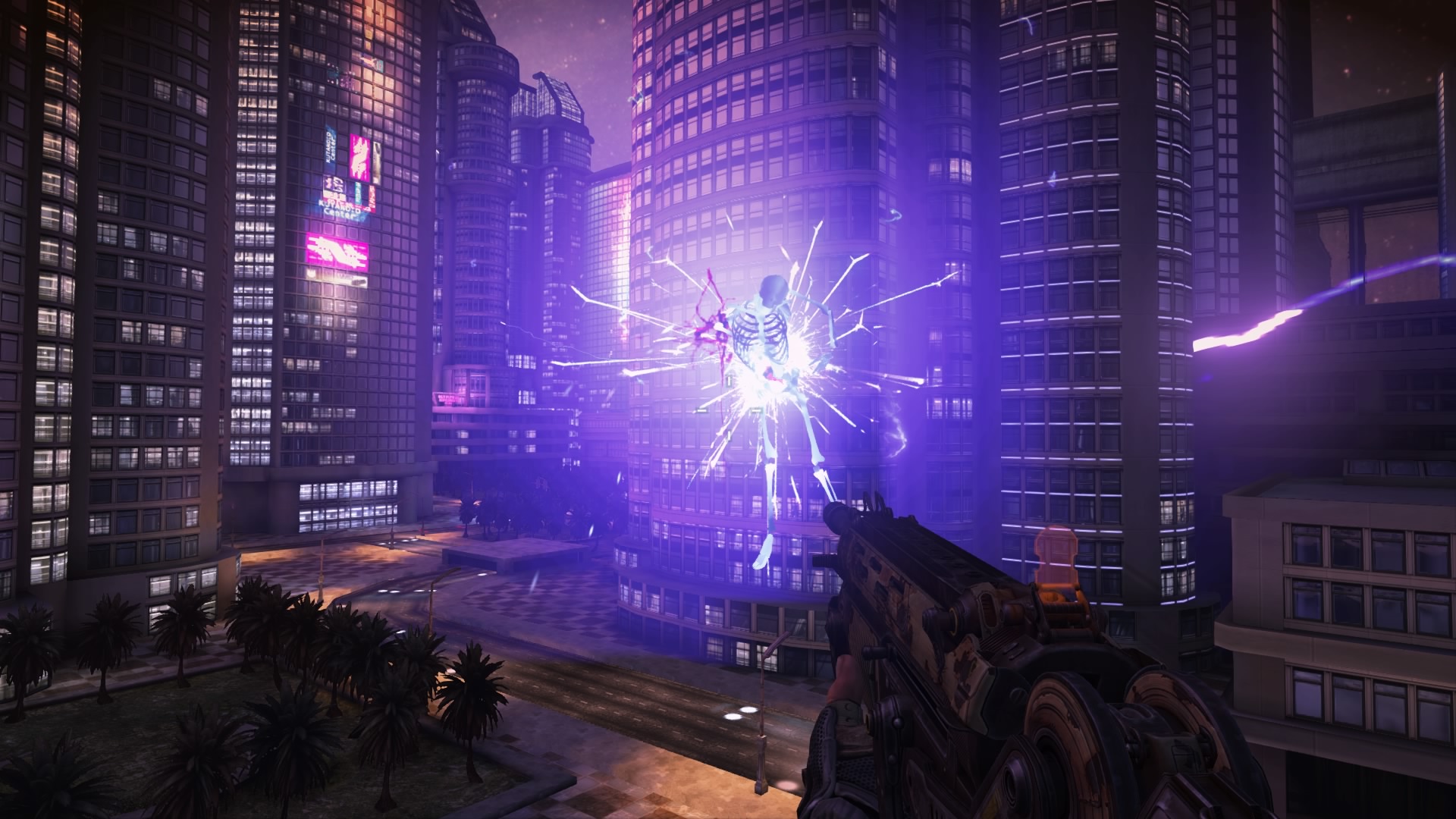 For reasons that make literally no sense to us, Bulletstorm never really got the appreciation it deserved when it debuted during the last generation of gaming.  Indeed, I picked it up as part of a 2 for £20 deal, as did most people it seems, from the hellish preowned section of whatever branch of Gamestation it was before it turned into an even worse GAME.

Anyway, I remember being entirely satisfied with the game but that’s kind of all I remembered.  I played over 500 games on the Xbox 360 and I’ve got the mental capacity of a particularly traumatised goldfish.  But when Gearbox decided to give the game another airing on the PS4, I was drawn back in.

The game itself is a first person shooter that puts you in the combat boots and body armour of Grayson Hunt, a former black ops leader, under the command of 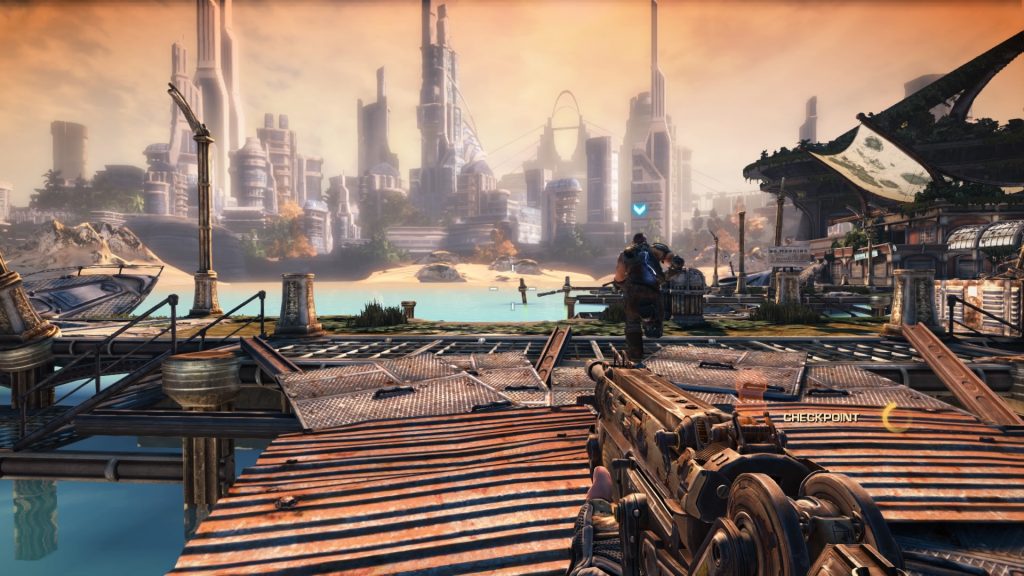 General Sarrano, who discovers (by way of a playable bit of exposition) that the military targets his team have been taking out are in fact civilians and political targets.  After deserting with his team, for the best part of ten years, Hunt spots Sarrano’s battlecruiser in deep space and, in a drunken rage, attempts to take it down.

Eventually all the key players end up on Stygia, an Earth-like world, which is where the game’s story properly begins as Grayson and his squad attempt to get off the planet, preferably through General Sarrano.  But you don’t want a recap of the plot, what you want to know is what sort of game this is.

What you get is a first person shooter that is, and always was, a refreshing change to the usual turgid shooters we’re usually fed. 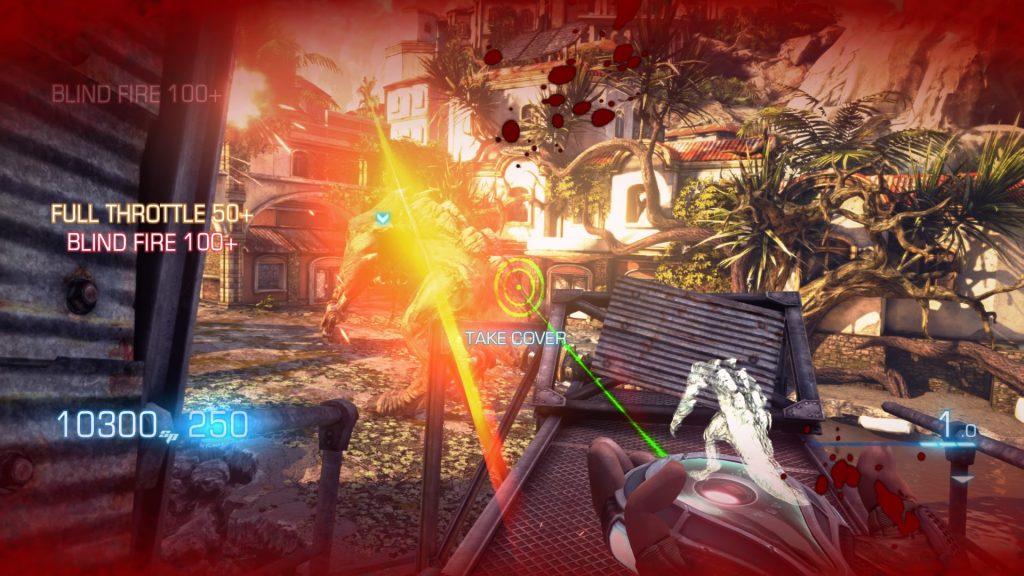 You know how every game these days is set in hundreds of square miles of fuck all?  Not, Bulletstorm.  It’s linear, focused, exciting and full of the kind of set pieces and battles that an open-world game can’t give you.  The action never really lets up and if it does it’s only to throw in a bit of plot.

And let’s talk about the plot.  Sure, it might sound like your usual military nonsense but what I didn’t mention was how much comedy is in the dialogue.  Sure, it’s not overly smart but it doesn’t need to be.  It’s a game that revels in its own absurdity.  The dialogue involving Sarrano is particularly brilliant, evoking memories of R. Lee Ermey’s unforgettable Gunnery Sergeant Hartman in Full Metal Jacket and sure, it’s not always the most mature game but it certainly is one of the funniest.

Coming from developers People Can Fly, best known for their Gears of War games you’d maybe expect endless vistas of gritty grey destruction but no, Bulletstorm is all about those blue skies in gaming (not that you’d know from my screengrabs) .  It looks lush, detailed and gorgeous.  The game’s last gen roots are barely detectable as the game’s remastered visuals move along without any frame rate issues.  Sure, the characters are all unrealistically in-shape beefy men but everything looks great and there is enough variation in the levels to keep you interested. 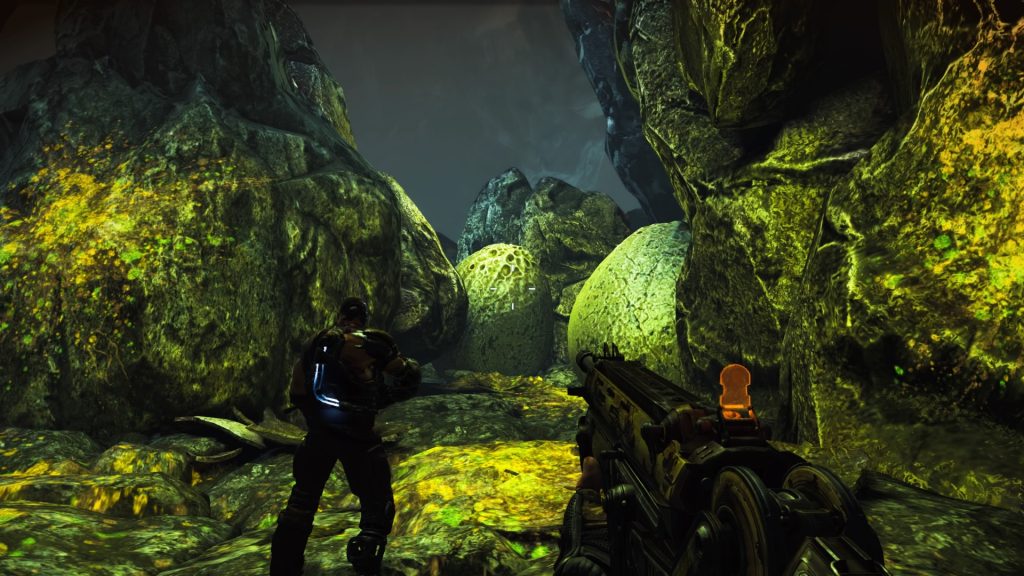 When it comes to the gameplay there’s the usual weapons – your assault rifle, sniper rifle, pistol, shotgun and so on – as well as a few interesting additions.  The flailgun is particularly interesting.  It fires two grenades linked by a chain.  It can wrap around enemies, or scenery, and be used to directly kill or just as an explosive trap. Also, each weapon has an alternate fire mode too, offering more damage but at more of a cost when it comes to buying the ammo.

There is no money in the game but rather skillpoints.  If you can kill an enemy in an inventive way, you’ll get points for that.  Kick a guy into a man-eating plant and you’ll get a nice bonus for example.  There are hundreds of ways to earn bonuses, some obvious and some less so, so it does encourage you to mix up your attacks.

Probably the best two things in the game are the sniper rifle which allows you to control bullets directly, steering them into whatever part of the enemy you most want destroyed, and also the Leash.  This piece of equipment attaches to your wrist and works like a whip allowing you to grab objects and enemies.  Typical usage involves pulling an enemy towards you and shooting them in mid-air or grabbing an explosive barrel and then kicking it into a group of enemies. 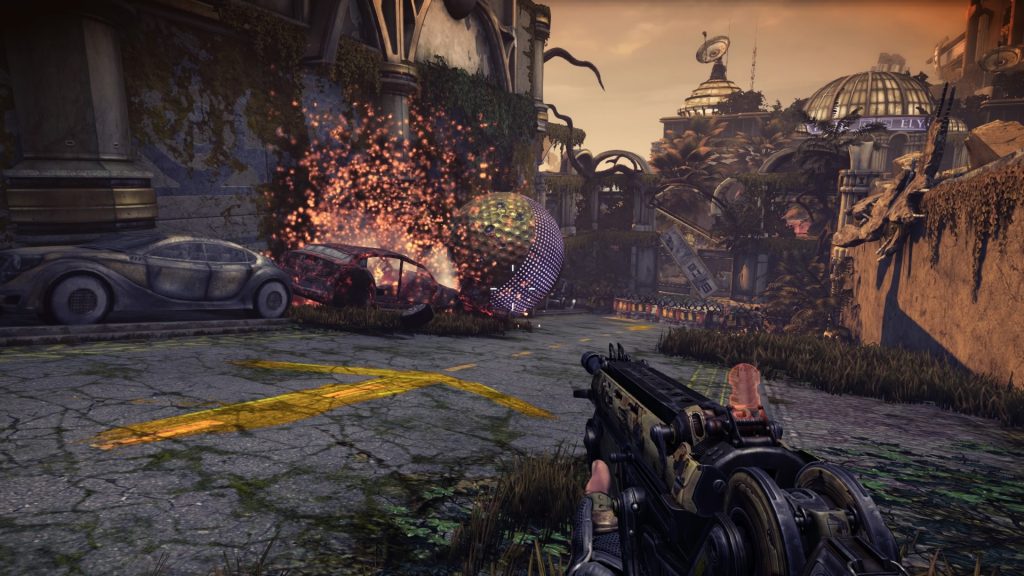 Add to that some big setpieces and you’ve got everything I want from an FPS.  To that end, Bulletstorm doesn’t really do anything wrong.  It’s big, bold fun but without all the tedious nonsense that drags down so many shooters these days.  The price tag raises some eyebrows for sure, the game is full price and the bundled in DLC (that allows you to play the whole thing as Duke Nukem) doesn’t really make that sting less but some retailers have dropped the price a bit, so definitely shop around.

The multiplayer is relatively fleshed out if you want that sort of thing, I don’t (thanks for asking), and beating the game unlocks Overkill mode which lets you start again but with all the fun weapons unlocked from the start.  You also get the Echoes mode which gives you small sections of the campaign to play but with a real focus on time and score attacking.

Ultimately, we’re just pleased to be experiencing all of this again.  Sure it’s nice to have big playgrounds like you had in Horizon: Zero Dawn, Ghost Recon: Wildlands and all those Far Cry games  but there’s nothing better than a nice, linear shooter which matches old school fun values with excellent modern presentation.  There’s enough Gears of War games in the world, we want more Bulletstorms.

Bulletstorm: Full Clip Edition
9 Overall
Pros
+ Constant action
+ Great characters
+ Varied weapons
+ Memorable setpieces
Cons
- Full price seems a bit much for an old game
Summary
Bulletstorm proves once again that shooters don't have to be dull, serious, overly long and grey. What we have here is a perfectly put together mix of linear action, notable setpieces and decent gunplay that is simply a joy to experience. You won't be climbing towers to unlock hunting missions, car races and assassinations. Instead you'll be wading through an army of enemies all seemingly eager to die in a myriad of silly ways and smiling every step of the way.