From Belfast based Blackstaff Games, we have Buildings Have Feelings Too! They might do, but what we actually have here doesn’t really go into that particularly. It’s a cute title for the game at least.

BHFT, if you’ll excuse us the acronym, is an urban planning game with a quirky veneer. You control a building who’s present at the point some old docks are demolished, yet somehow you survive. Though to not risk demolition yourself, you elope to the city centre to learn how to play. 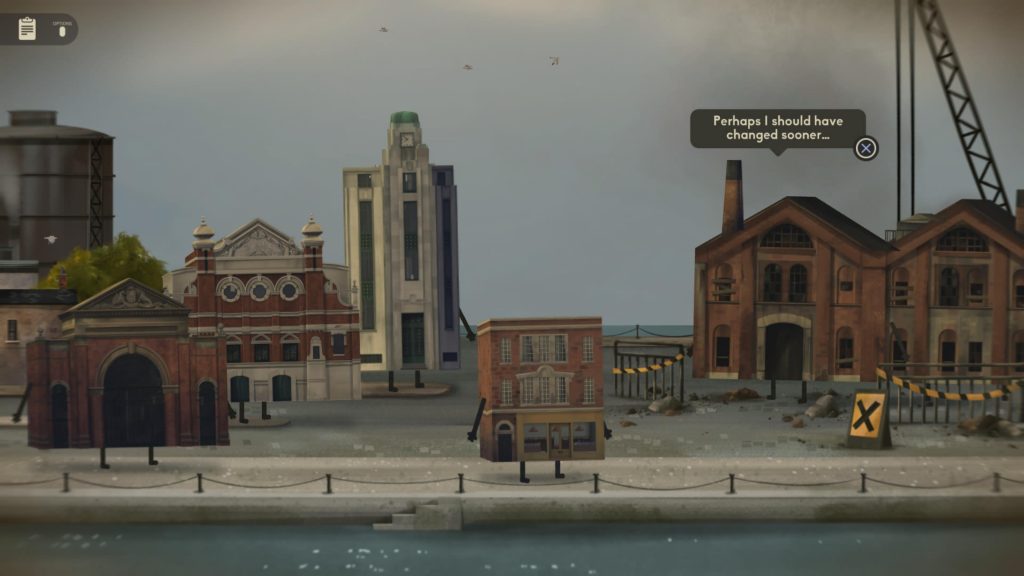 You’re gently introduced to assigning businesses to various buildings and how they interact with one another. Simply put, each building type has dependencies it needs to be upgradeable. The only way to get a happy neighbourhood, the feelings part, is to fulfil these dependencies and upgrade buildings. In doing so you’ll unlock new building types.

Somewhat annoyingly, when you begin a new save after you believe you’re past the point of no return as we did, you’re forced to sit through the tutorial once again. It’s a little on the tedious side. 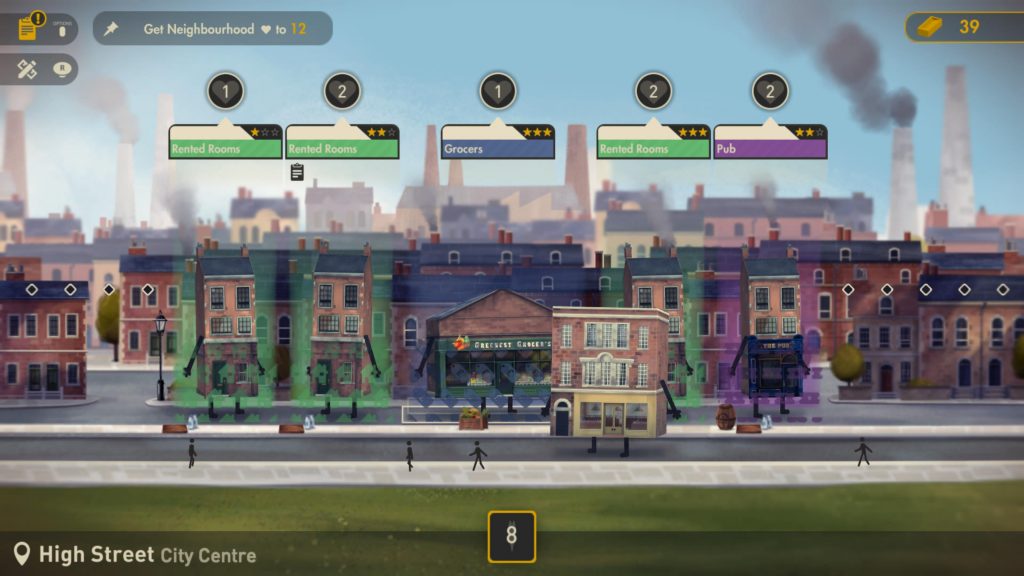 One of the earliest new buildings you’ll get is the pub, this is pretty much a prerequisite for happy lodgers in the rented rooms building type. Heck, we were drunk most of the time when we were living in someone else’s house, so we can see where they’re coming from.

Each neighbourhood has a variety of tasks for you to fulfil as well as your ultimate goal of getting enough hearts to boost the rating sufficiently to unlock the next level. You’re generally gently encouraged with hints on how to progress, but every so often you’ll be completely stumped as to where to go next. Sometimes we found ourselves meeting requirements but had zero clue as to why or how we’d done so. 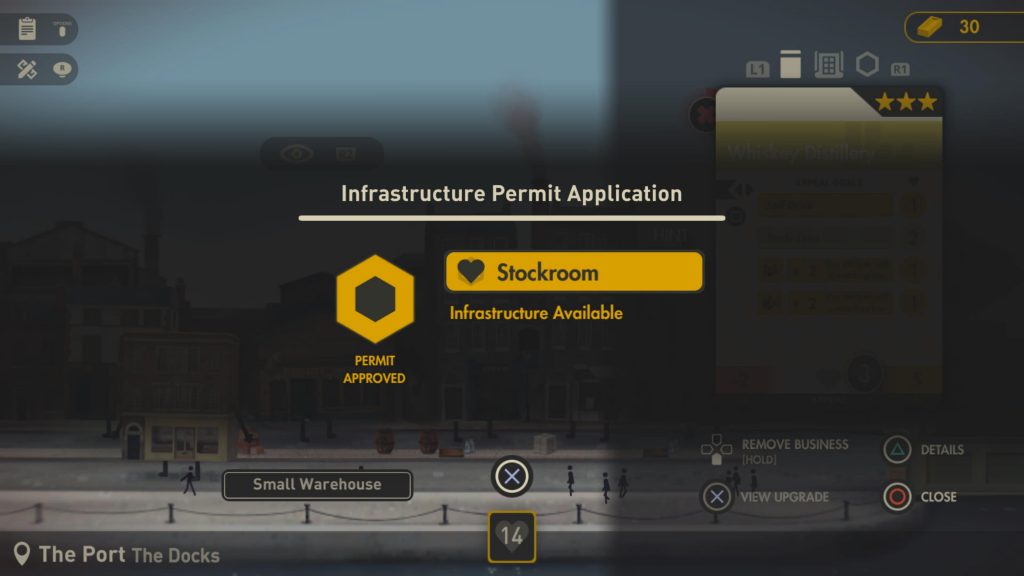 You see, Buildings Have Feelings Too! is guilty of death by hidden text tutorials, a bête noire of this reviewer. Ultimate Fishing Simulator had the same problem but remained compelling in a similar fashion to BHFT.  Some mechanics are barely explained, one in particular being on the third level. All the buildings already established on that level have the orphanage business which detracts from your heart rating. Heck, they’re bleak places, we get it. You’re shown how to remove the planning restriction and repurpose one building so it’s useful to you. 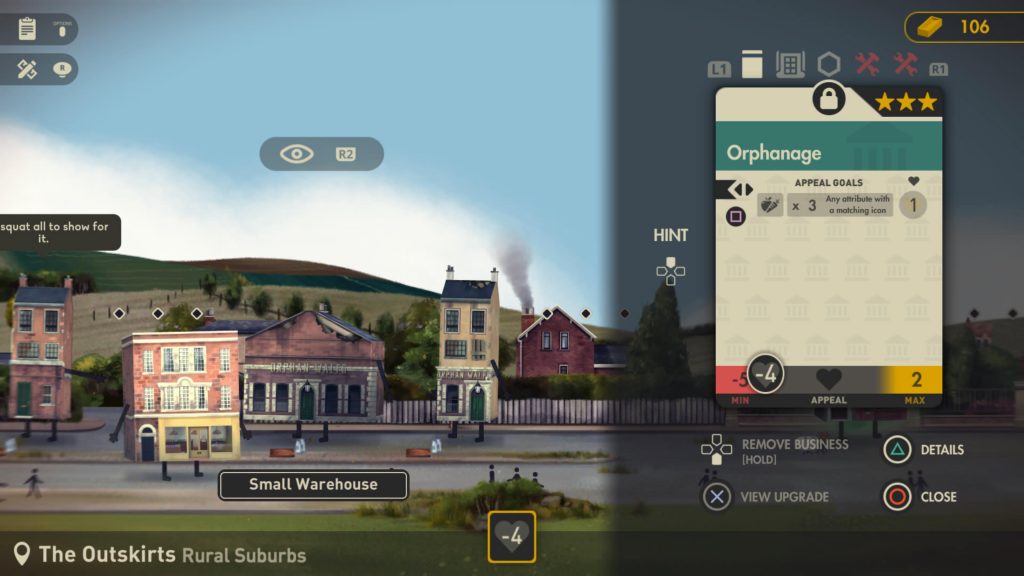 But the way it’s done is so rapidly explained, we found ourselves at a complete loss as to how it happened. Intuitive this isn’t. So while we had one newly available building, we couldn’t work out how to unlock the remaining orphanages. We shouldn’t have to dive into a wiki to establish if it were possible at all.

After a while we realised that we could recoup some mistakes and bad ratings by demolishing buildings. By doing so you recoup bricks, the de-facto currency in BHFT. You also get bricks from fulfulling tasks, this is why we thought we’d reached the point of no return and began a new save. 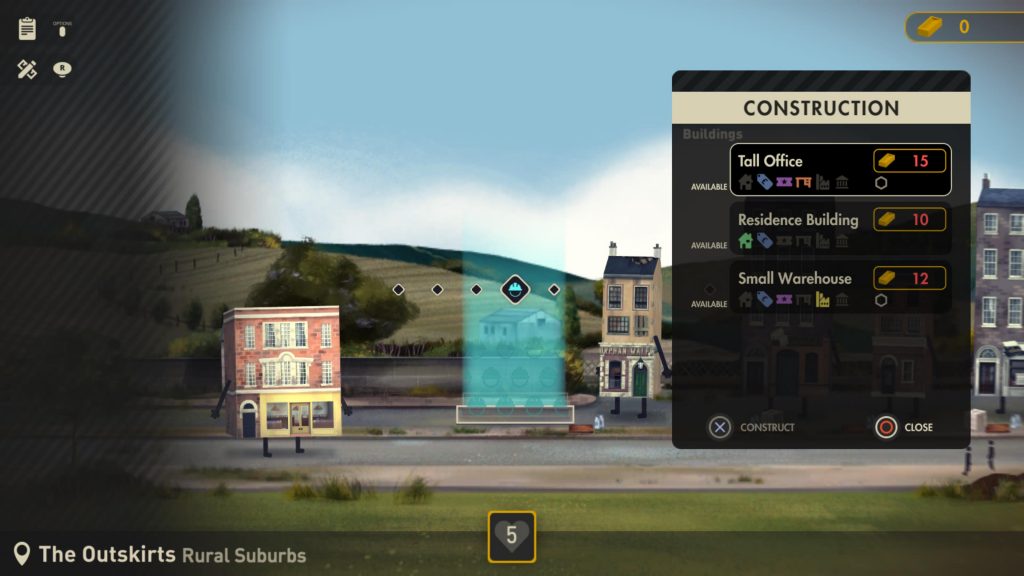 As you upgrade your buildings you’ll be able to apply for additional infrastructure. For example in a fishmongers, additional chiller space. Or a beer garden in pubs. That being a necessary inclusion at the current time where the only option is to freeze your tits off if you want to go for a drink. We’d rather a cup of tea though. It might’ve been us doing it wrong, but we had a couple of infrastructure applications turned down. Again, we’re not entirely sure what happened.

Ultimately, Buildings Have Feelings Too! is hamstrung by its oblique mechanics and perfunctory demonstrations of its more complex concepts. It’s charming enough with nice graphics depicting urban renewal, especially with the stick figures in the foreground evoking the works of Lowry, but mechanically it’s just that bit too unforgiving. We feel we should like it more than we do, but we can’t get past our misgivings. Also, we found it odd that our building cum avatar never seemed to find a home of his own, perhaps he does in the latter stages of the nine neighbourhoods on offer. But it’s not evident that he does.

In conclusion, Buildings Have Feelings Too! remains compelling despite occasionally oblique mechanics that aren’t particularly well explained. It’s alright but could be better.

Buildings Have Feelings Too!
6 Overall
Pros
+ Interaction between building types works well when you get your head around it
+ Somehow compelling despite occasionally insurmountable obstacles
+ Nice graphical style and Lowry-esque people wandering around

Cons
- The more complex concepts aren’t that well explained and end up hidden in menus
- The title is a bit of a misnomer really, feelings equates to your rating really
- You’ll find yourself meeting objectives and be not sure how you did so
Summary
Buildings Have Feelings Too! is a bit of a misnomer, this is more Urban Regeneration Simulator, but that’s not quite so snappy. Hamstrung by not explaining its more complex mechanics that well before burying them in a sub-menu, this feels like it needs a little more polish to be a success.