It’s fair to say quite a lot has gone down since the precursor to Bouncy Bullets 2 came out on PS4/Vita two years ago. 2020 happened for a start. Covid happened and remains very much in the foreground. The government voted in favour of not penalising water companies for draining raw sewage into the UK’s waterways. That’s just the tip of the fucking iceberg. It’s still 2020 right?

Various devs got found out for god knows what, the latest of which, Blizzard, has led to a character in Overwatch being renamed. Not to mention that we’ve a new console generation in progress with this being a PS4/PS5 joint with Sony’s little handheld that still can becoming increasingly moribund. 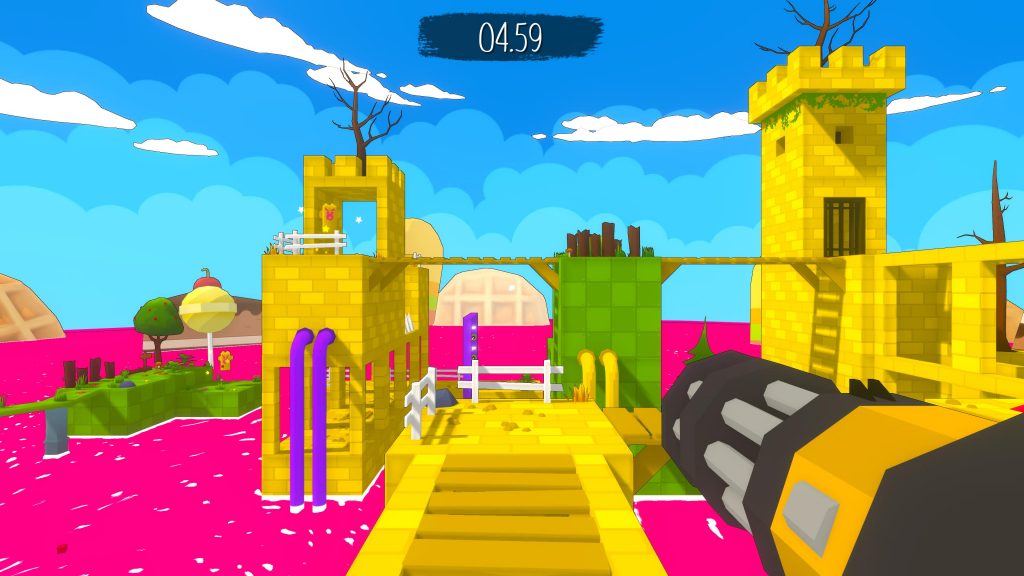 Yet just as things have changed, some things remain just the same with this from dev Petite Games and prolific publisher Ratalaika. Carrying on where 2019’s original left off, this is mechanically identical in terms of the titular bouncy bullets.

shoots red, or in the parlance of the game, magenta bullets. Red bullets are effective against red enemies and, yes, you guessed it, yellow is effective against yellow enemies. It’s a bit like a less sophisticated implementation of the Ikaruga system. There’s black enemies too who can be dispatched with a combination of red and yellow bullets. Just don’t shoot greys as they’re an instant level fail. 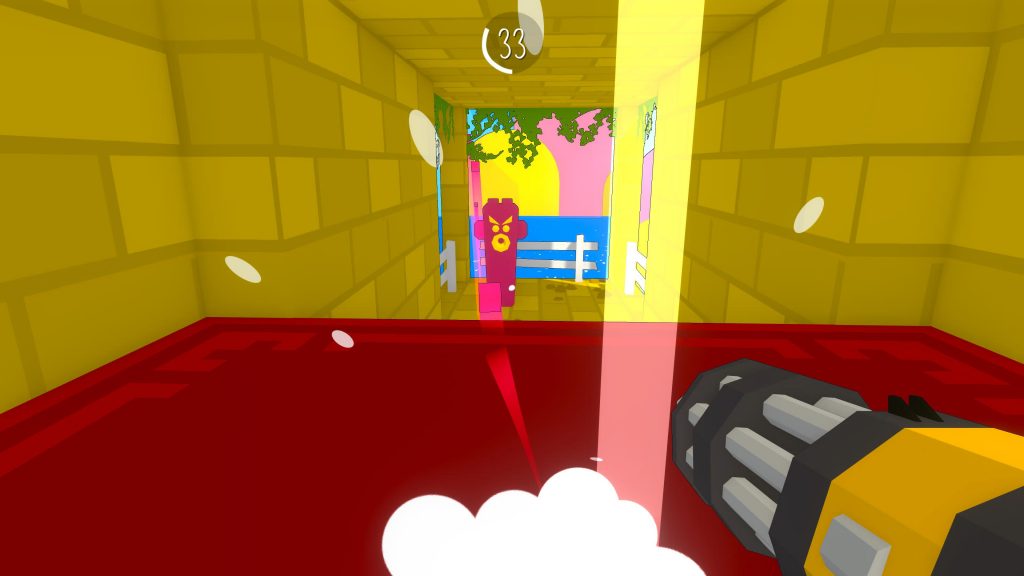 There’s two distinct game modes on offer here, Classic Mode and Speed Run Mode, though practically they’re indistinguishable. If you dip into Speed Run Mode at the outset as we did, you’ll play a variety of levels that draw from the forty five on offer here. If you go with classic, you’ll see they’re categorised in tiers of easy, medium and hard.

Speed Run is essentially the same as a normal run at a level just with a slightly shorter timer. That’s pretty much all there is to it. No trophies here for finishing every single level in the game under a certain par time. Just the usual Ratalaika low bar to platinum nonsense we’ve come to expect. Finish ten easy, ten medium and three hard levels and you’re there. The rest you’ll likely unlock via normal gameplay. 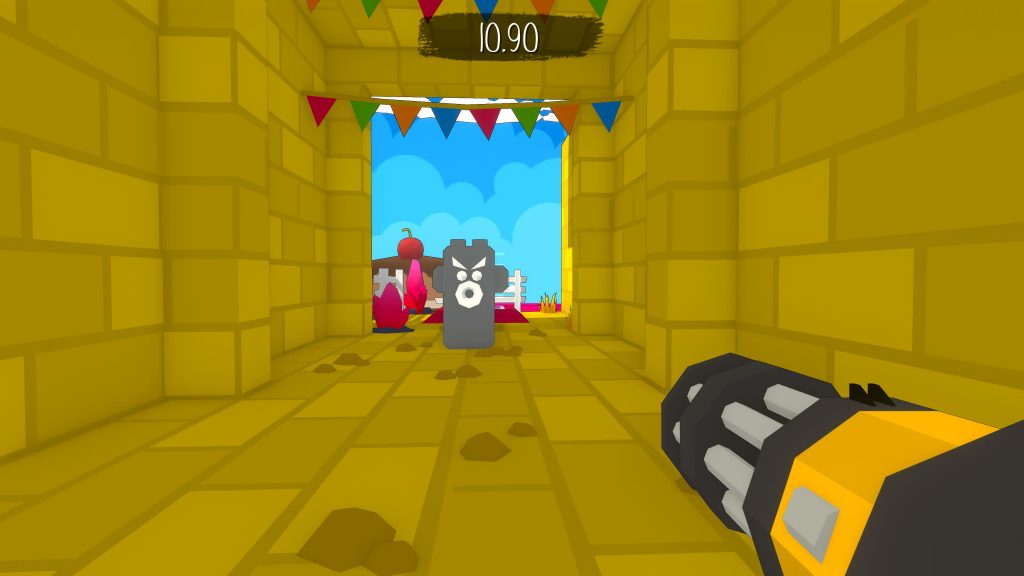 It doesn’t help that the gameplay isn’t a huge departure from that which came before, though it must’ve been a spectacularly barren spell for this reviewer given the score I gave it. This is effectively more of the same, more an expansion than a sequel as there’s not really any new mechanics added barring some enemies having shields. 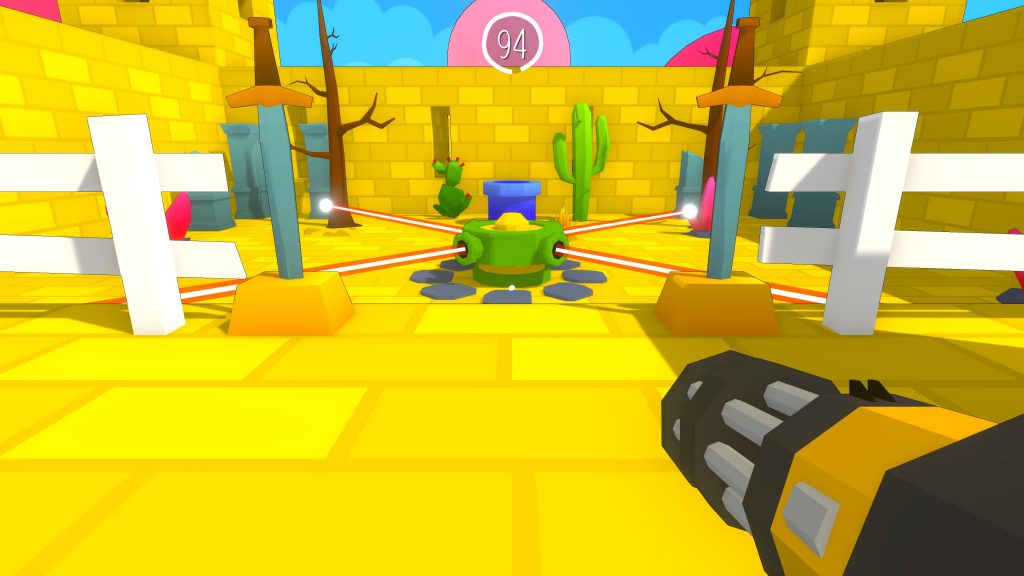 Bouncy Bullets 2 does the job but without any particular flair. At least it’s not on Vita and subject to twitchy controls like before, instead being a PS4 and PS5 effort, there being no discernible difference from one another barring unique trophy unlocks. Platforming remains as insipid and uninspiring as ever with your exploration of a candy-coloured obstacle course on a fizzy pink ocean. No double jump here as a mulligan when you mess up a jump, but at least the levels are mercifully short.

In conclusion, Bouncy Bullets 2 is more of the same from Petite Games. It might’ve seemed OK two years ago, but perhaps we’re all out of goodwill now as this feels average at best.

Cons
- Platforming gameplay is largely uninspired
- Largely unchanged from the first game
- Typical in terms of trophies being a rinse
Summary
Bouncy Bullets 2 is another Ratalaika sequel where none was really needed. Uninspired stuff but a typical rinse with unique trophies on both PS4 & PS5.