You play as Lou, Satan’s son who has so far failed to up to his dark princely potential and is instead a drunk who seems content to drown his sorrows now that hell has been colonised by humans and turned into a holiday destination. It’s as if this is a sequel to Doom but where humans have found the portal to hell, fended off the demons and are now using it as a place to build burger franchises. 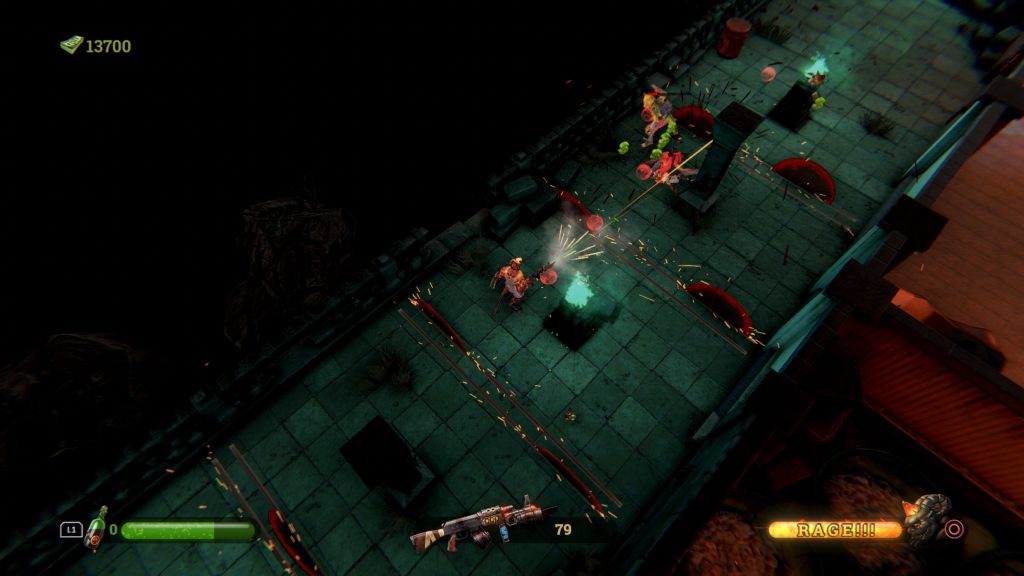 He eventually decides to fight back in an effort to restore hell to its former glory which sets up level after level of fairly straightforward shooting. It uses the twin stick set up of mapping movement to the left and shooting to the right but takes it up a level thanks to a few other controls too.

The basic combat involves aiming and then shooting with either

for your primary shot type and

for your secondary. All of the weapons you pick up have two firing modes and these range from your basic pistols to action game standards like machine guns, shotguns and rocket launchers as well as BDSM‘s take on the BFG. 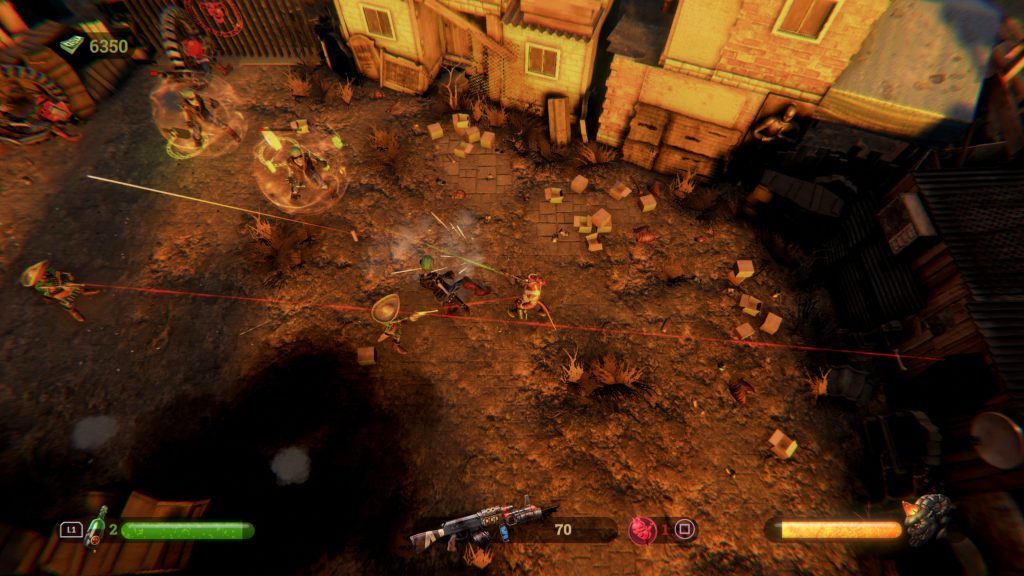 If you can keep a combo going you’ll fill up a rage meter which lets you trigger and overdrive technique that is super powerful, and makes you temporarily invulnerable, but is short-lived too. You can also use one off spells to grant temporary powers such as creating a shield or spawning a group of demons which help you to fend off the groups of enemies as they warp into the room with you.

It’s fairly standard twin-stick shooter fare but does have a few problems. Firstly, your firepower feels fairly flat. You can go a few ways when making a shoot ’em up but we always prefer it when you’re putting out lots of firepower that fills up the screen as opposed to what you get here which is a fairly weedy looking stream of shots. You do plenty of damage but visually you don’t get a lot of feedback and so it all feels pretty underwhelming at times.  This isn’t helped by the game’s upgrading system which seriously lacks oomph and doesn’t do a good job of making you feel like you’ve upgraded. 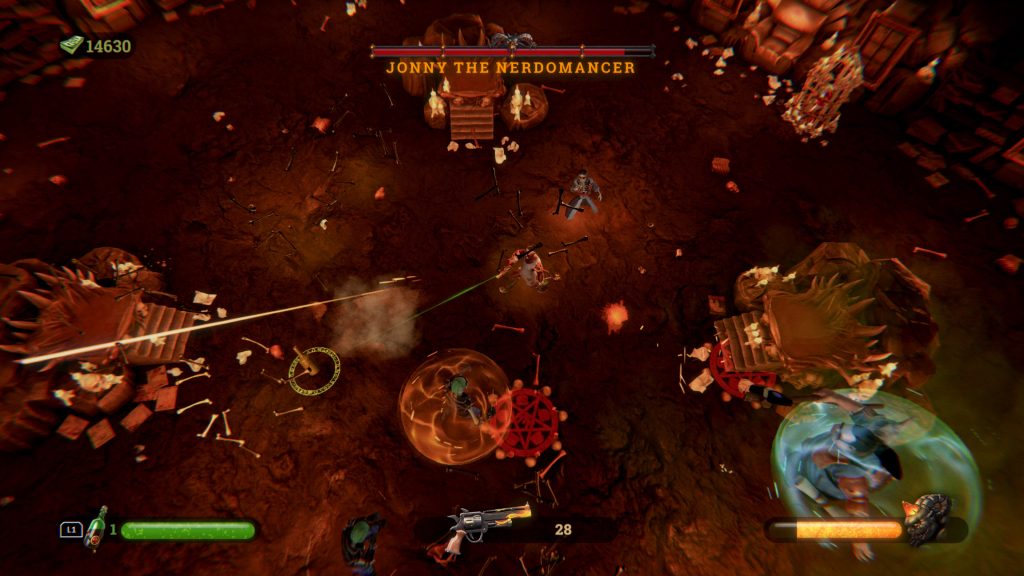 The game is set across four chapters but these all feel much the same as each other but while we didn’t really enjoy the game at first, by the end we did start having fun with it.  There’s some okay gameplay in there for sure but this is a sub-genre full of killers and if you’ve not got the either the graphical flash of a Nex Machina or the superb level design of a Jydge, then you’re left with a game that feels distinctly average.  Indeed the level design is definitely concern given that it mostly consists of finding statues that act as keys but the layouts are so bad that they almost seem randomly generated with key/statue combinations that just seem to have you running back and forth across the map in a frankly boring manner.