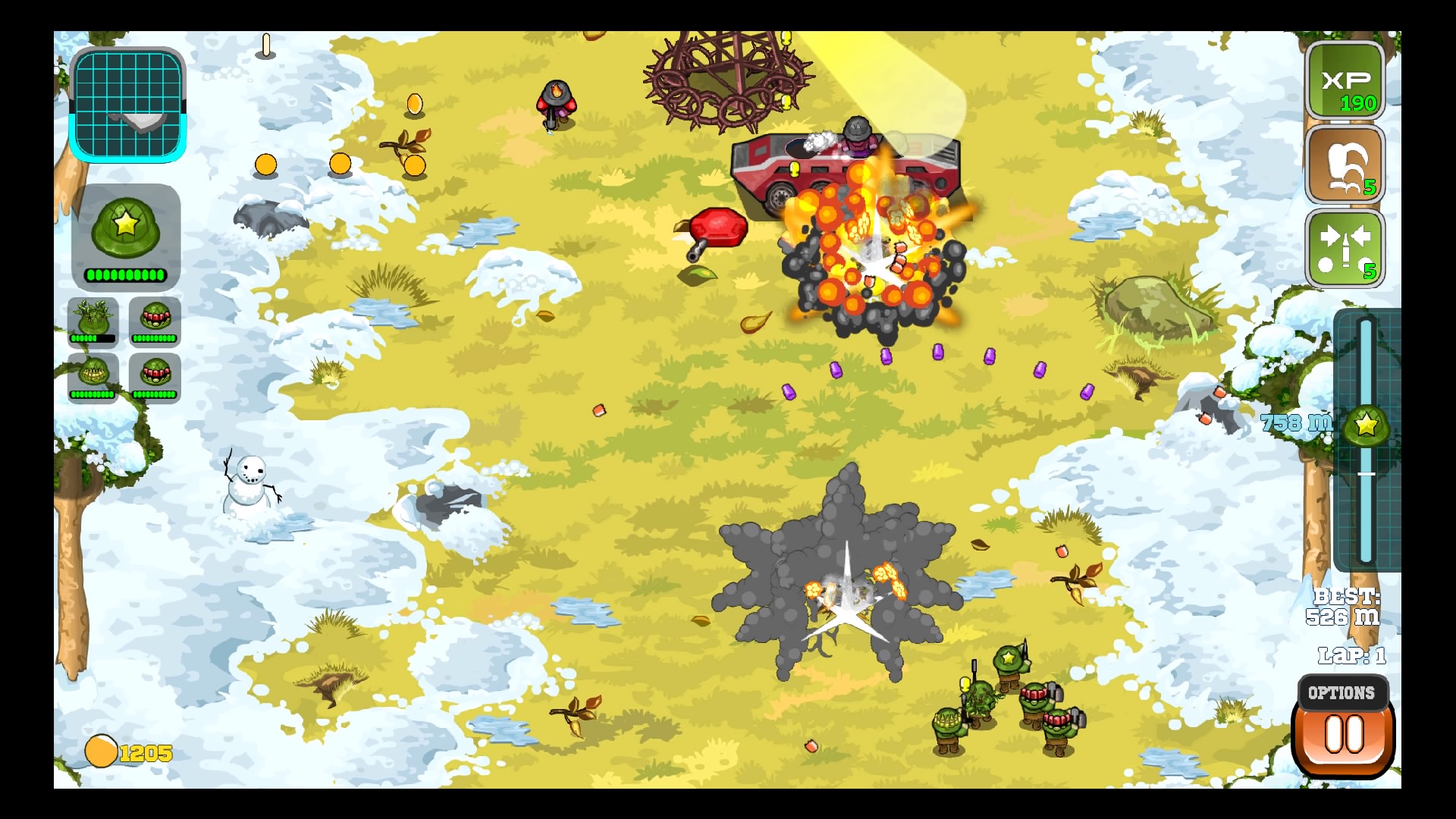 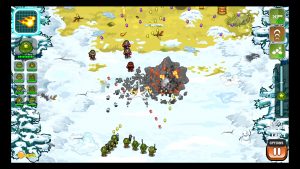 One of my major pet hates in gaming is when a mobile phone shooter gets ported to a console but the gameplay isn’t updated to suit a joypad. One example was the dreadful Aces of the Luftwaffe, which was a shoot ’em up that had you autofiring, a necessity on touchscreens but entirely unsatisfying and detrimental on a joypad. Well, Battalion Commander does that exact same thing. Which really isn’t a good start.

The game is a vertically-scrolling run and gun shoot ’em up that is styled much like the old arcade game Commando in that you play as one guy heading ever upwards against an enemy army. However, this time you can rescue POWs and they’ll join your squad, essentially adding firepower (and a bit of a human shield) to your squad leader.

The further you get, the harder the game becomes. Initially you’ll be facing the occasional rifleman or grenadier but later on you’ll get the full force of the enemy army with gun towers, tanks, helicopters and little flamethrower dudes.  Making progress helps you to earn XP and credits which allow you to purchase upgrades. This is a fairly slow process (again harking back to some sort of mobile game design) but the upgrades are fairly significant which is good. 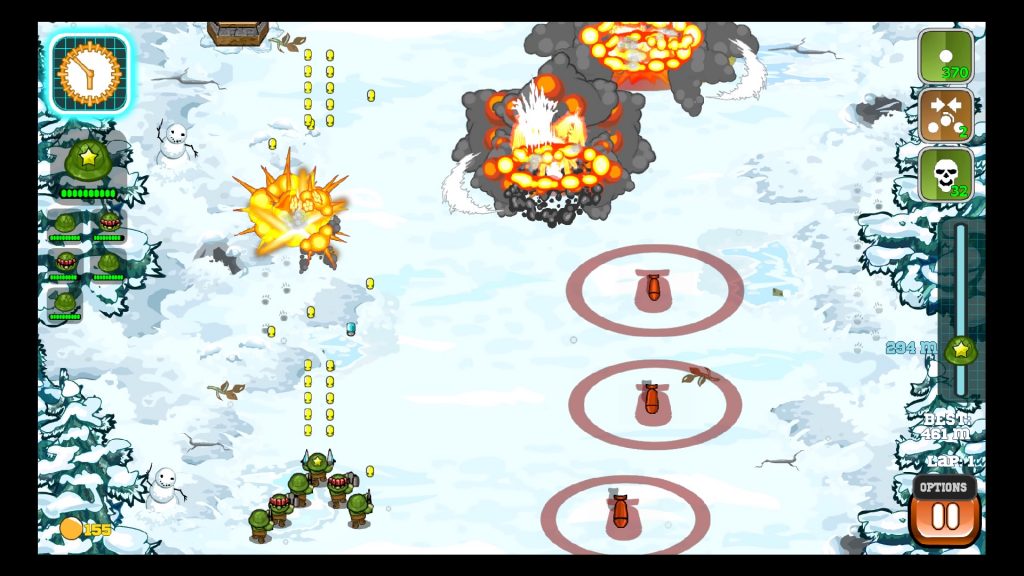 The odd thing about all this is that I can’t find any trace of this being a mobile game at all! Instead it appears to have started life as one of those Flash browser games. That makes the autofiring a particularly odd design choice and it really does hurt the game.

Likewise, the leveling up system is oddly designed in that you attain higher ranks with XP points which then allows you to purchase upgrades using in-game coins. The odd thing is that by the time you’ve earned the XP, you’ll have earned enough coins to then buy the available upgrades begging the question why have two currencies at all?

So while the overall structure is poorly conceived, on the battlefield the game does have some merit. As your upgrades come through, you’ll progress more and more each time which can make the game quite addictive. And the action, auto-firing aside, is reasonably enjoyable. You unlock different weapons and different soldier types for your squad as well as additional perks including starting the game in a fairly durable jeep. Eventually your team will feel quite badass, a bit like that section in Predator before they start getting killed.  However, it does feel as if brute force is the key to doing well, not skill. 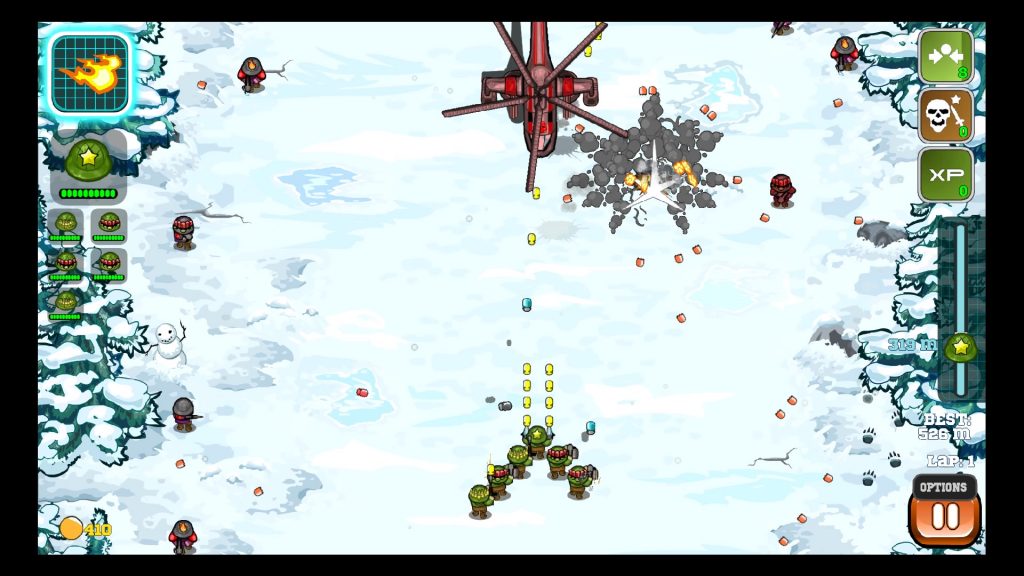 Graphically the game has a cheap and cheerful hand-drawn style which is quite nice and clean. Unfortunately, the screen eventually becomes messy with shrapnel in particular being quite a big issue. Your shrapnel is red, while enemy bullets are orange. Aside from that, they are the same graphic. It’s so confusing, that in the end you just have to try to stay away from general areas because neatly dodging anything is impossible. Especially with your large squad. 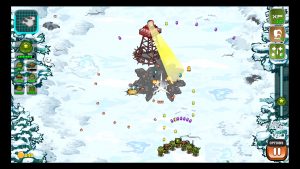 As a shoot ’em up, Battalion Commander barely works. The upgrade system works well in terms of rationing out your firepower though and gives the game a roguelike feel. And, for what it’s worth, I did completely lose track of time while playing the game.  Also, chasing the trophies does require a little more skill (or maybe luck) than normal also.

It is available for PS4 and Vita, although I don’t think it is a cross buy title, which is another oversight really. If anything, this game just makes me wish for a decent port of Commando or, if I’m wishing really hard, Shock Troopers. What I don’t really have any need for is a glorified mobile phone game.

Battalion Commander
5 Overall
Pros
+ Addictive upgrade system + Cheerful presentation + Some well considered trophy requirements
Cons
- Auto-firing is horrid - Visuals can get messy - A few too many upgrade systems going on - Quite repetitive
Summary
Battalion Commander would make a pretty good free iOS run and gun shooter. But it's on a PS4 and isn't free. The autofiring makes it all feel a bit unsatisfying for our liking and progress is more about brute force rather than skill. But the game has an addictive quality that makes it oddly difficult to put down.