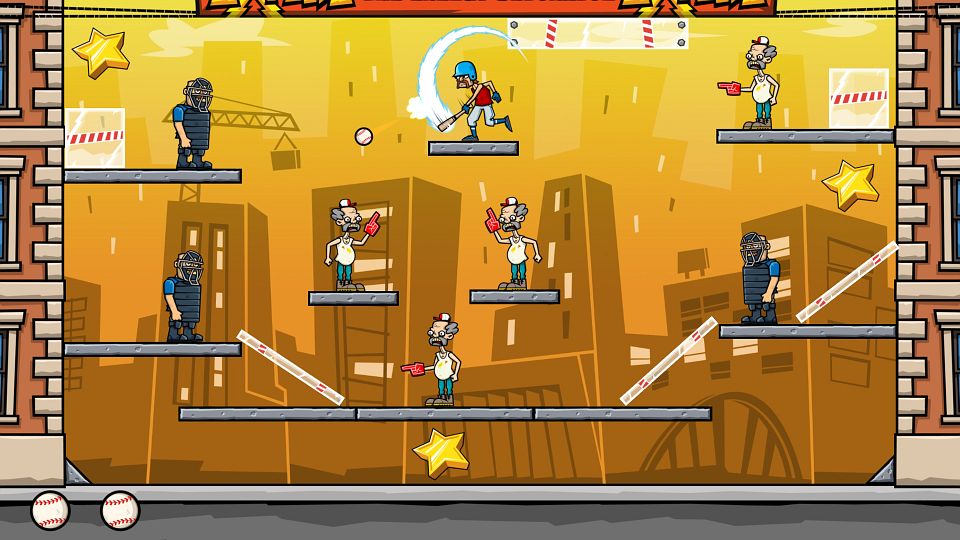 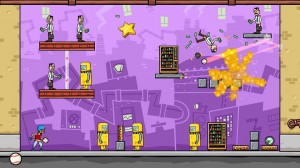 is a physics-based puzzle game from 10Tons and is a follow-up to Tennis in the Face, which came out last year.  We quite liked Tennis in the Face, even if it really was just a mobile phone title, which bodes fairly well for Baseball Riot because it’s essentially the same game.

That can’t be understated. The game has the same look and engine as it’s predecessor. Once again, you play a sportsman who has to hit balls at various angles in the hope of knocking out the various enemies in each level. In fact, the enemies are mostly the same ones from the previous game (the plot once again sees you fighting against the scourge of Explodz energy drinks).

When you hit a ball, it will bounce off of various surfaces and enemies. You have three shots to take out several people, so getting your angles right is crucial. The ragdoll physics, along with helpful explosives, can help you take out those hard to reach targets but, as with Tennis in the Face, there’s nothing here that you didn’t see on iOS years ago.

The only real change now is the inclusion of stars. Beating a level is just a matter of taking out the people on it, but there are also now three stars that you need to try to hit also. To be honest, these may as well just be extra enemies but they do give a reason to keep replaying levels in an effort to perfect them. 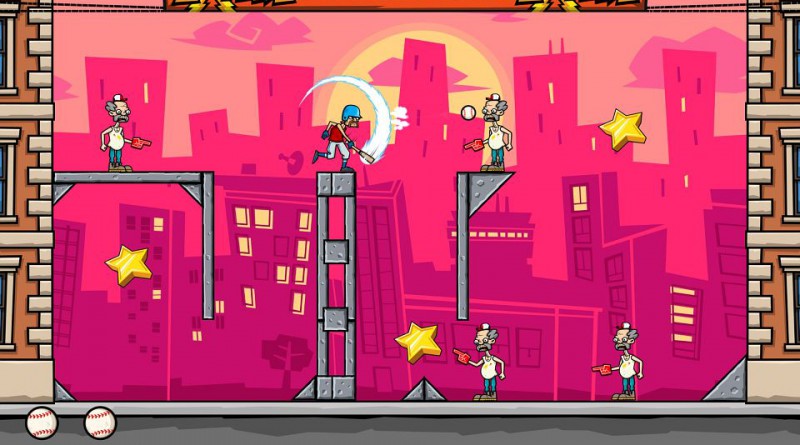 So while the game’s simple gameplay and even simpler presentation do mark it out for some criticism, especially if you own Tennis in the Face, the fact is, it’s powerfully addictive. Admittedly, many levels really just come down to trial and error and making micro-adjustments before firing off your next ball but when you make that near impossible shot or wipe out a large group of enemies in one go, it’s a pretty good feeling. 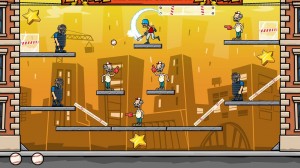 This does represent some good value for money. It’s cheap (£3.99) and cheerful and will definitely be a nice way to spend a few of your gaming hours. If it was more expensive, or one of the PS+ games, people would rightly moan but 10Tons have done well to keep it cheap and it’s a cross-buy with the PS4 version (although it’s clearly more suited to the pick up and play nature of the Vita and takes advantage of touchscreen controls).

If 10Tons follow this up with another near-identical sequel, we might start asking questions, but for now, we’re enjoying Baseball Riot for what it is. A simple, fun and addictive puzzle game that won’t overstay its welcome.

Baseball Riot
6 Overall
Pros
+ Simple but effective puzzling + Very addictive
Cons
- Very simple presentation - Is basically the same game as Tennis in the Face - Still a bit reliant on trial and error
Summary
Essentially the same game as its prequel, Baseball Riot is still a little too basic, and repetitive, for its own good but there's still a good, addictive puzzle game here. Even if it is just a mobile phone game.