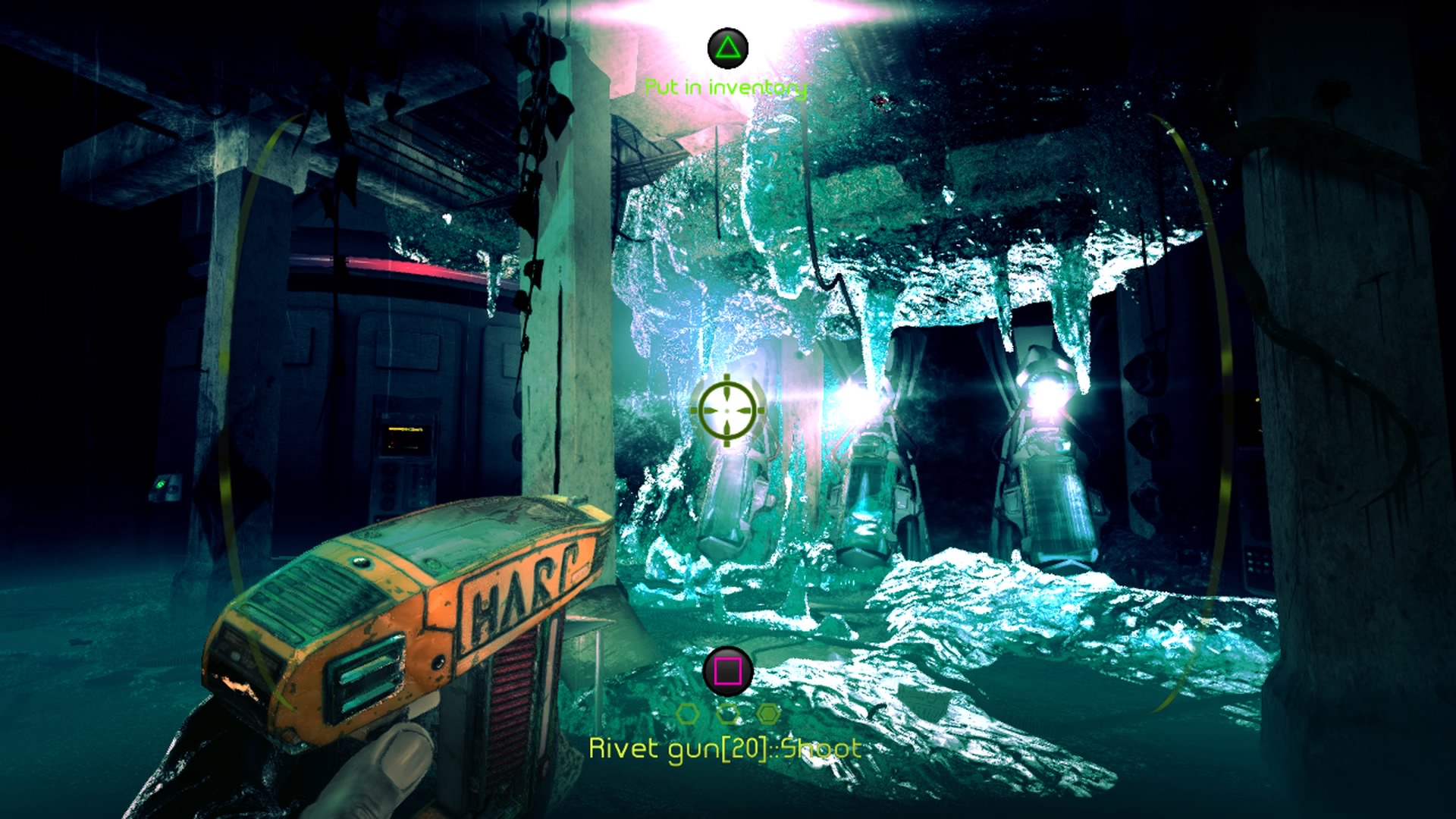 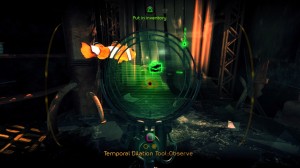 Taking inspiration from 60’s Sci Fi culture Albedo: Eyes from Outer Space is an interesting proposition.  Casting you as a night watchman you are inadvertently involved in an accident at a science facility and have to find your way out.  Armed only with your own wits you’ve to travel through the facility solving puzzles as you go.

The novel setting here has been translated well to the screen.  The world you’ll explore has an odd visceral feel to it which suits the schlock sci fi theme well.  Graphically it also looks the part, the menus all carry a sort of retro futuristic angle to them and the use of green light to highlight your interactions builds on the sci fi setting.

As an indie game this has fantastic production values.  In a good way it reminded me of The Vanishing of Ethan Carter, in that it doesn’t rush you through the game, and the environments, whilst smaller here, are still full of features and well detailed.

Played from a first person point of view this is primarily a puzzle game.  Each room within the facility will have some kind of puzzle to solve in order to progress.  I was impressed with the puzzles on offer throughout, very rarely did they resort to switch pulling and the majority of them demonstrated an ingenuity infrequently seen in other games.

I also found it nice that the game wants you to solve the puzzles, so as a result none are too difficult.  To aid you in your puzzle solving you’re given a hand held view screen which allows you to see the future solution of the puzzle. It’s a neat touch which offers a gentle helping hand without ruining the puzzle, it’s a device which would be welcomed in other puzzle games. 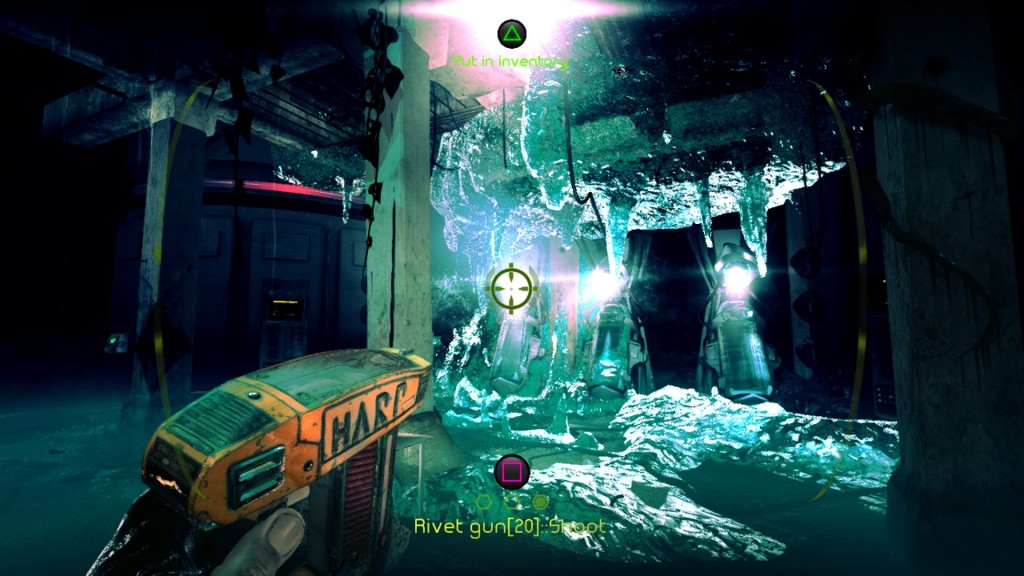 Whilst the setting and graphics are great, the controls let the side down a little.  Accessing the menu and switching between your items is unintuitive and would ruin the game if it was faster paced.  However given the unhurried pace of this game the slight control niggles can be excused.  There is also a lack of any real ambient music which is a shame, given its 60’s sci fi setting I was just praying for a Theremin based soundtrack.

Although not a massive game there is enough here to get your teeth into, and exploration and experimentation is recommended with many actions resulting in a little bit of something new to discover or see.  Too often with bigger budget titles by about half way through you’ve seen everything the game has to offer, yet you’ve still got another 30 hours to traipse through. Albedo: Eyes from Outer Space keeps things short and interesting, in fact at about the point where bigger games tail off this manages to reinvigorate the gameplay nicely through the addition of a gun. 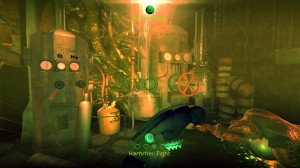 Overall I enjoyed my time with Albedo: Eyes from Outer Space and it demonstrated once again the strengths of the indie scene in exploring unusual settings and keeping you engaged over a short experience.  They may have come from Outer Space with only one thing on their mind, but these Eyes are welcome on my PS4.

Albedo: Eyes from Outer Space - PS4 review
7 Overall
Pros
+ Great fun setting + Decent puzzles + short running time means it doesn't grow old
Cons
- Controls not as polished as they could be - Slow pace could put people off
Summary
A schlocky take on the sci-fi movies of the 1950. It is a short game but one which creates a lasting impression. It constantly feels in danger of breaking apart and the controls aren't as polished as they could be, but if you give it a chance there is a decent game here.