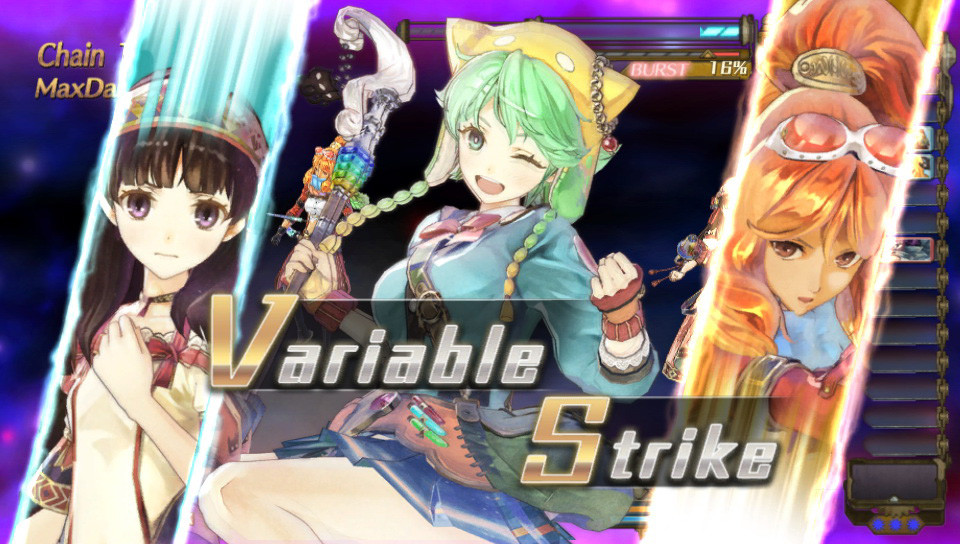 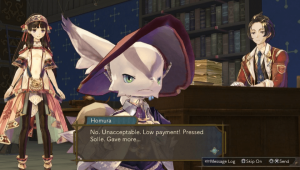 Koei Tecmo are back with another entry in the Atelier series, the third in the Dusk trilogy. Atelier Shallie Plus: Alchemists of the Dusk Sea stars two new heroines and is both familiar and different to previous titles.

After being introduced to the characters you get to choose to either play as Shallistera or Shallotte (both shortened to Shallie) and the story and interactions will be different depending on which path you decide upon. Shallistera is a chieftain’s daughter who has travelled to Stellard to try to figure out why her village’s water supply is drying up whilst Shallotte is simply trying to find her way in life, though she has a talent for alchemy.

Honestly the story wasn’t that strong and the characters were also a little weak. I primarily played as Shallotte and she was pleasant enough but the supporting cast weren’t very interesting. Thankfully (or perhaps this is the reason) there aren’t as many cutscenes as you might expect although they do increase in frequency as you progress.

As with all the Atelier games this is a JRPG with a focus on crafting, so much so that you have an alchemy level as well as an adventure level. Missions can involve exploring dungeons, killing a certain monster or crafting a certain number of a specific item. Dungeons can be selected from a map and house monsters and harvest points which net you items which you can use for alchemy back at your atelier. As you progress through the game you unlock new abilities that allow you to enhance the items you create.

Monsters roam the field so there are no random encounters and once in a battle they’re turn based affairs with your options growing as you progress. Gaining more party members allows you to swap characters mid battle or even mid attack if you want to pile on the damage and a super meter fills allowing you to pull off a super move with the character of your choosing. 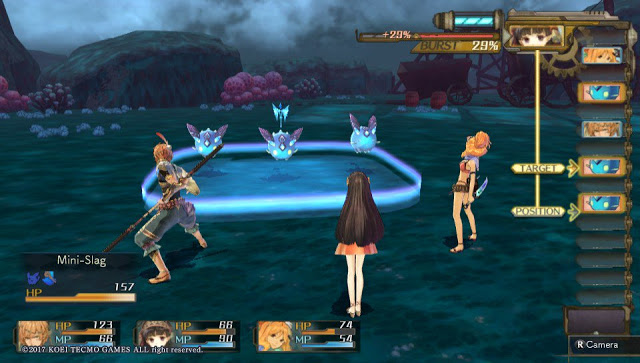 Doesn’t sound so different to previous entries I hear you cry. Well there is one major difference from the more recent games and that is that there is no concept of time in this one. Previous games gave you a limit (say a month) to complete a main task and then alchemy or travelling to a dungeon would take time so you had to be constantly making sure you were on track to finish your mission. Here you have all the time you need, though there is a motivation meter that depletes if you stray too far from your task which tampers with your movement speed.

You have one task to complete that is story related and once that is out of the way you have ‘free time’ which gives you a list of ‘life tasks’ to complete such as defeating monsters, completing jobs, synthesising or even just jumping a certain number of times. Completing these gives you a bonus to your adventuring XP or alchemy XP. Once you’ve completed a set amount of these the game will ask if you’re ready to move onto the next chapter where you repeat the process.

The lack of a time limit actually made this one of the more fun Atelier games to play for me. Having to worry about hitting certain deadlines or missing events as they only happened on a certain day affected the way I played those games whereas Atelier Shallie was quite relaxing. Saying that, the complete one mission and then just fanny about for a bit until you complete enough life tasks made the game feel a little aimless, and the abilities unlock at quite a slow rate which although it keeps things interesting does make the majority of the chapters feel like you’re still in the tutorial phase. 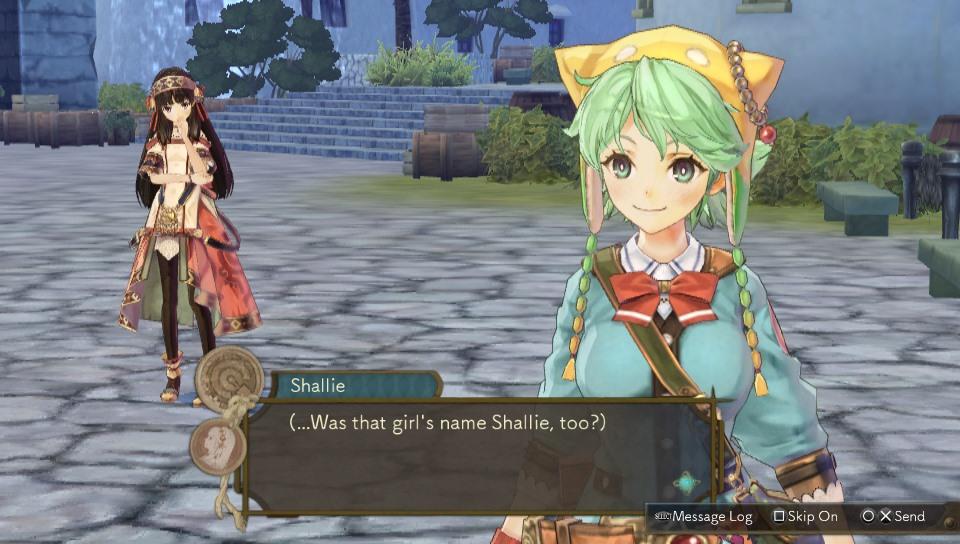 If you’ve played a previous Atelier game then you know what to expect presentation-wise. The music is great and the majority, not all, of the dialogue is voice acted in English or Japanese depending on your preference. Graphics are nice if not incredibly detailed though the frame rate rarely holds up. This isn’t an action game so it’s not game breaking but the odd occasion when the game is moving at full speed is very pleasant so it’s a shame it doesn’t happen more often.

For some odd reason the life tasks have a strange bug in that the title of a task e.g. Break 10 Barrels is almost always incorrect. The description will be correct and instead of having to break barrels you’ll have to harvest items or something else completely different. It’s very odd and makes things harder to follow than they should be.

So should you pick this up? I don’t think the fact that this is the third game in the Dusk series should put you off if you’ve not played one before, in fact the lack of a time limit makes it one of the easier ones to get into. Characters from previous entries appear but this works by itself as well. If you’re a fan of the previous games you’ll probably enjoy this but if you found the time limit to be an entertaining feature then be aware that that is missing now. 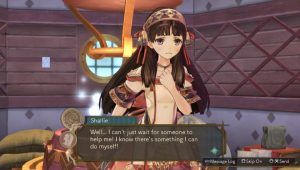 Atelier Shallie Plus: Alchemists of the Dusk Sea is an enjoyable game that’s easy to play. I personally don’t miss the time limit though I would have preferred a little more direction as each chapter, especially early on, feels like a non-event. The introduction of new mechanics does keep things interesting and there are bars and meters constantly going up for those who enjoy that side of things. The story is a no show but the gameplay was pretty fun so it comes down to what you look for in a JRPG.