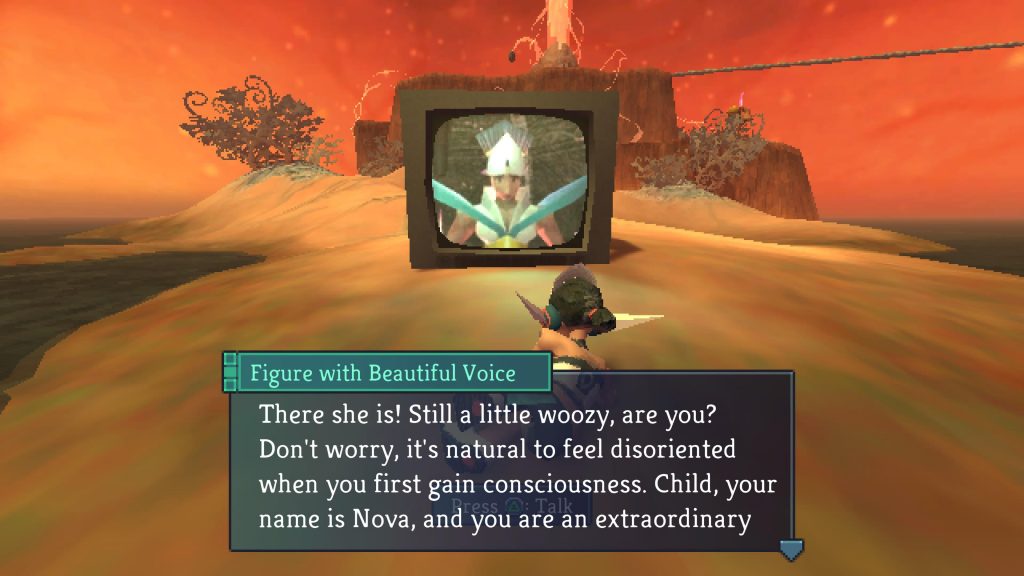 It’s always a bit weird playing a sequel to a game without having ventured through the original. Like many, the original Anodyne is one of those titles that completely passed me by. The first was released in 2013 on PC, right at the time that the new consoles had landed and was stealing the limelight. It wasn’t until 2018 that the game landed on consoles and this didn’t do any favours, with people ignoring the quaint whimsy of its 16-bit presentation in favour of fancier, AAA experiences. Of course, I’m a fine one to talk. In 2018, I was probably reviewing another retro bothering indie title and groaning at the possibility of playing another. From what I understand however, the game was well received and while being a bit of an homage to classic Zelda-type dungeon crawling, it stood aside as its own entity, filled with intriguing surrealistic and plot filled locales to battle through.

With Anodyne 2: Return to Dust, I was reassuringly greeted with a message that none of this mattered. While the sequel takes cues from the original, thematically and in subtext, it is very much its own game and not one that should be ignored in fear of missing out on plot. Which is great, because if it were under any circumstance, I might have had an excuse not to play this uniquely cut gem of a game. 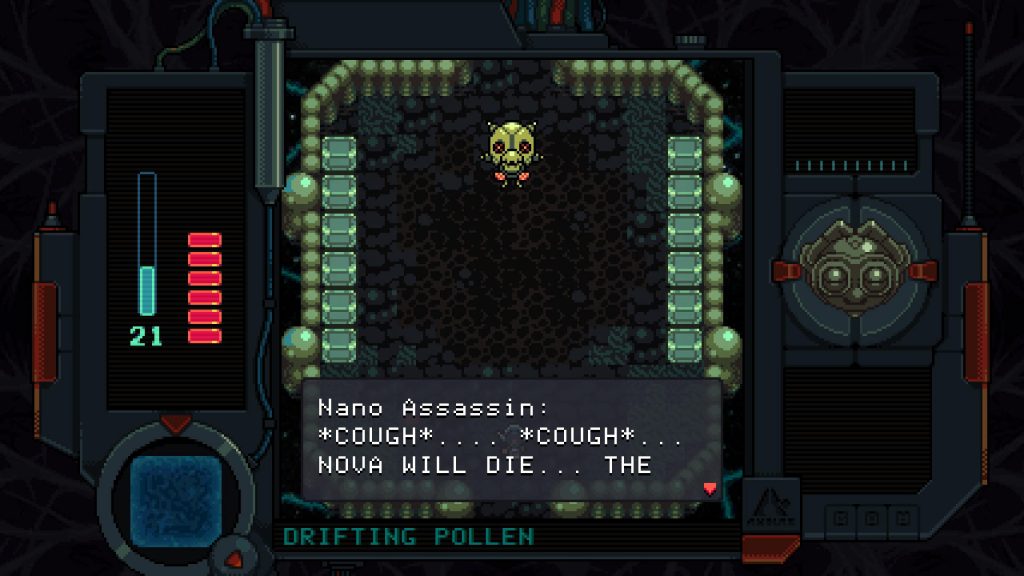 In terms of surrealism, Anodyne 2 pulls no punches and introduces you immediately to the novel backdrop of your characters own birth. The visuals immediately hit with a wave of nostalgia for the low-poly days of the PlayStation One as the characters and locales resemble the look of early years 32-bit 3D gaming. You play as Nova, a being created by the power of an entity known as the Center.  Nova has been created for a purpose and this is to eradicate an airborne plague from the inhabitants of the world of New Theland. This illness manifests itself in the form of microscopic nano dust that exacerbates the weaknesses or follies of the people it infects. With Nova’s nano shrinking ability and dust vacuum, you enter the bodies of those afflicted with the aim to clean them up.

When doing so, the perspective shifts from the low-poly state to something a bit less alien for an indie title, it becomes that 16-bit top-down 2D perspective, seeing Nova venture through surreal landscapes concocted by the host that they inhabit. These areas touch on that classic Zelda vibe, tasking Nova with taking out dustbound enemies and solving small puzzles to open more routes to explore. It’s a simplistic but effective mix of the adventure mechanics of Psychonauts and classic action RPG’s that feels brilliant in execution. Meeting the locals of New Theland and hearing their plights adds weight to each ‘dungeon’ that you encounter, from the tongue skin homunculus creature that is addicted to taste, making his internalised world a myriad of taste led puzzles, to the story of a stone golem mayor, that became so obsessed with removing mould from his village that he ended up driving away the people he sought to protect. 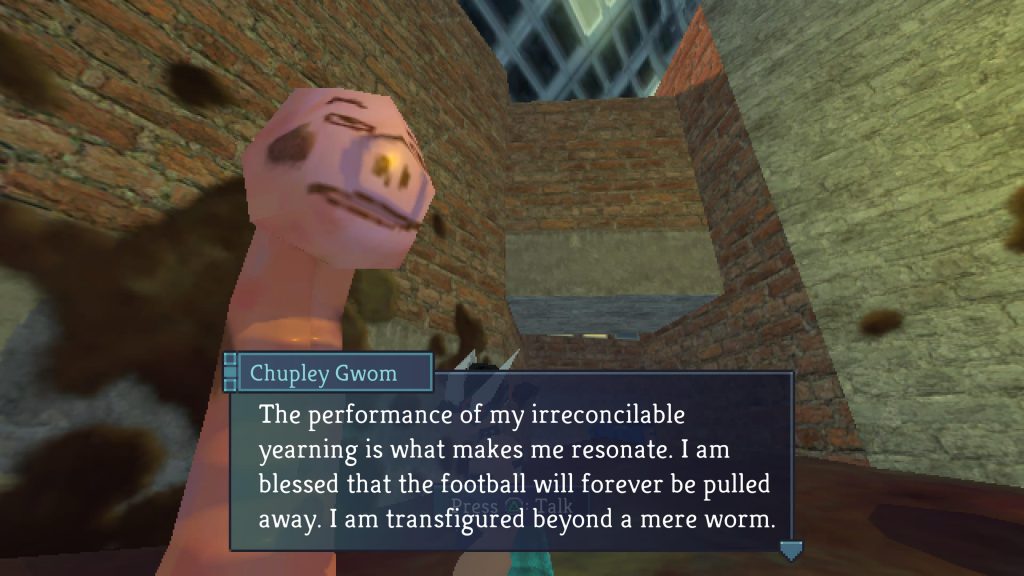 While these moments of sub-story are nothing short of brilliant, these pale somewhat in comparison to the overarching narrative of Anodyne 2: Return to Dust. Care and attention have gone into making Nova’s traversal in the world meaningful, with themes of depression, loneliness, longing, and confusion coming into play throughout. One such thread saw Nova enter the mind of a savage looking creature that is consumed by the nano dust. While I and Nova were expecting a nano-world filled with danger and disaster, it instead led to one of the most thought-provoking sections in a game of this type that I have experienced since Undertale. It’s here that the tussle between friendship and duty comes into play and despite being composed entirely out no animation and words being scrawled on the screen, it was brilliantly acted.

Of course, it would be remiss of me to share the full details of this section or the many other thought-provoking worlds or encounters here. This isn’t spoiler-country. Instead, I would urge you to consider trying Anodyne 2 to discover for yourself. What I can talk about though, is how the game evolves its concept further as the story progresses. As the experience reaches the latter hours, the idea of shrinking to nano sizing to clean dust out of people’s system gets pushed further. With some inhabitants featuring further creatures inside of their system that also need a good clean. With the initial entry point being from 3D to 2D, the only way this could go further is with a generational devolution which takes the lovingly crafted 16-bit graphics back to early 2D coleco-vision styles. 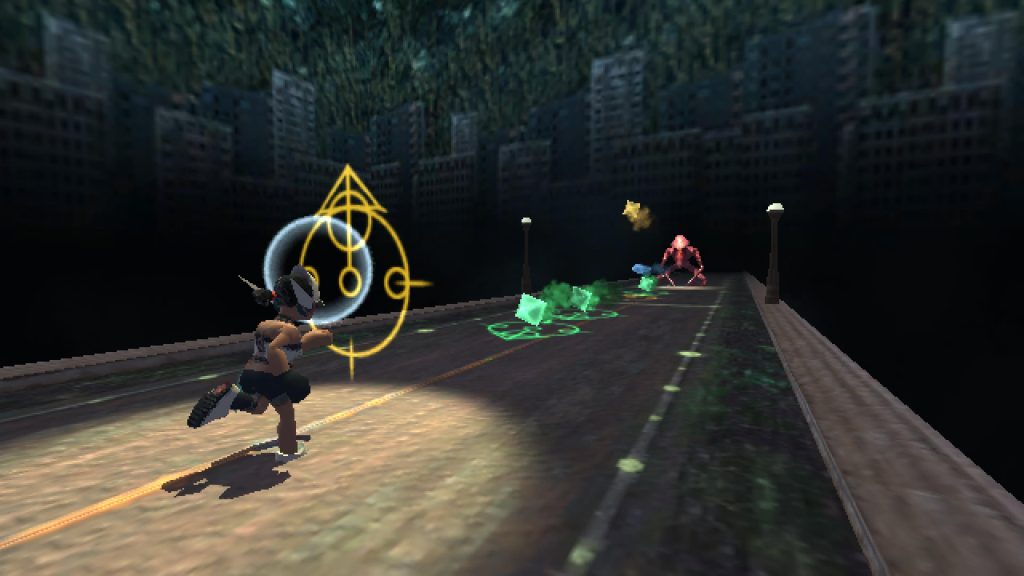 It sounds like a small thing in the day and age of countless retro successors entering the gaming market, but here we are, with a novel idea and a novel execution of the idea. The world of Anodyne 2 is nothing short of intriguing from the get-go and a joy to explore with no small thanks to the infectious soundtrack which permeates every are of the title, harking back to early CD based games and dreamy sweeping melodies that add untold character to each stage. This soundtrack helps tie into the core strength of Anodyne 2, and that is in its personality.

Each character, each 3D or 2D area has a story to tell, and it almost always is never presented in the way you would expect. With complex poetry being uttered by pig-faced worms, rib-jabs from the game developers that present foibles of the gaming industry with fun side-pursuits and the harsh, unrelenting overworld contribute to a foreboding, yet manageable adventure that is worth experiencing for people who like their games odd and with an amazing sense of character. 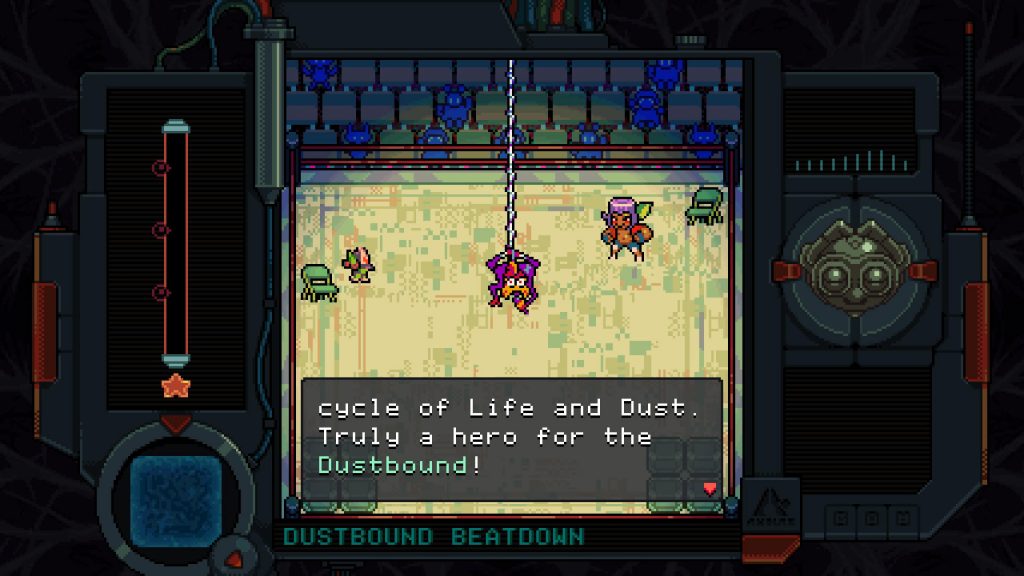 Anodyne 2: Return to Dust
8 Overall
Pros
+ Classic 2D gameplay with fun 3D exploration, a great mix
+ Mind-bending character interactions that defy most expectations
+ Captures that Undertale vibe without being Undertale. A rare feat
+ Stunning soundtrack, captures both themes and tone perfectly
Cons
- The small rhythm action sequences while shrinking don’t seem necessary
- Some occasional clipping glitches in the 3D mode.
Summary
From the 3D to 2D perspective shifts, the surreal visuals and infectious soundtrack, Anodyne 2: Return to Dust is mind-bending in a multitude of ways. This is a game that is full of character, thoughtful storytelling and presentation flair that should be tried by most, even if the experience is not for everyone.