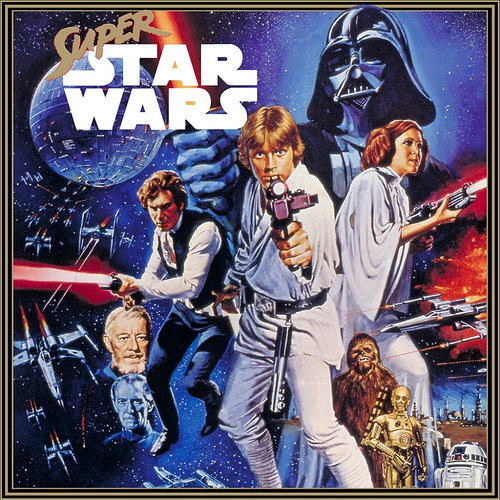 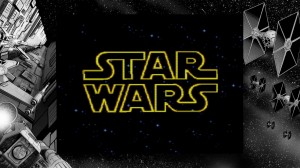 Back when I started gaming there were only two heavyweights in the console war. In one corner you had the Sega Mega Drive, my original console and responsible for the formative years of my gaming life, providing me with such classics as Afterburner II, Sonic and Streets of Rage, all excellent games which provided me fun and contentment for many of my early years. On the playground the Mega Drive was the winner, in the UK at least and there was nothing at the time that could tell me otherwise, Hell the competition was so slim that the Super Nintendo that sat in the other corner barely got any jealous glances, no amount of Mario or Zelda could change my mind and everything was happy in my hindsight free world.

That was until I saw Super Star Wars for the first time.

Star Wars is one of those licenses that gets a free pass, especially in the 90’s when original trilogy craziness was at fever pitch thanks to the upcoming special edition releases. Lucasarts were busy discovering the new console hardware and after a couple of years working with it they release Super Star Wars. A mostly side scrolling game based on Episode IV that takes direct influence from key scenes in the film, ranging from the initial Tatooine backdrop to rescuing the princess from the Death Star. Sprinkled among these action platforming levels you also had a focus on the vehicles from the artistic license of Luke’s speeder as it heads over to Mos Eisley to the climax of the Death Star Trench run.
For the time Super Star Wars had it all, it was one of the few games at the time to boast such this amount of variety and all with such genuine grace with beautiful scaling sprites, thrill inducing gameplay and excellent sound. Make the jump to lightspeed into 2016 and The £60 cartridge original has been squeezed into a £7.99 download and Super Star Wars has barely lost any of its charm over the almost twenty four years since its release. The 16-bit sprites look great in their original glory and thanks to the extensive options provided by the emulation you can even bring back scan lines which were prevalent on older TV sets for those purists out there. Extra kudos goes out to the fact that this version plays at the intended speed of 60hz, allowing us PAL players a chance to finally play an official version of this game in the way it should have been. 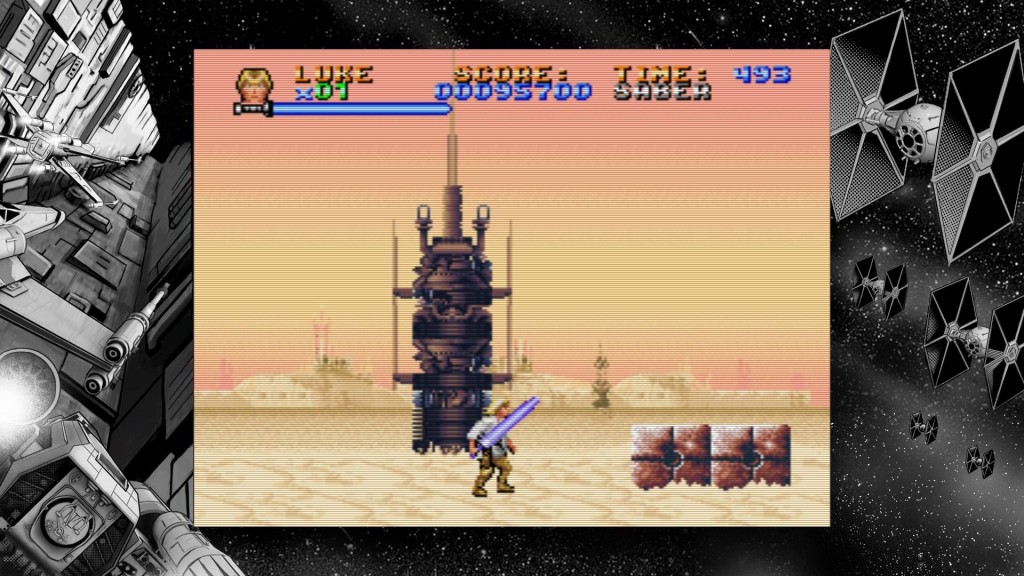 With every Star Wars game or piece of media there is a dark side of course and for Super Star Wars it comes down to the level design and gameplay. This game can be exceptionally difficult, even on the easy setting. This is down to the sheer amount of activity on the screen. Back in the day this would have been a plus as we all know how limited cartridges were in regards to screen population. Navigating each side scrolling section feels like an exercise in luck and determination rather than skill or prowess as enemies jump onto the screen from every angle, barely giving you chance to breath. To emphasise, there is so much shit on the screen at any given time it would have made George Lucas proud. Checkpoints are few and far between making levels such as the Jawa sandcrawler, both internal and external, an exercise in patience due to long falls and life sapping death traps that barely give you a margin of error. All to often will you see the game over screen as the pixellated Darth’s breath smacks you with a wave of hatred that could easily put off those who were born into the luxuries of regenerating health, generous checkpointing and infinite continues. You could argue that this appeals to the hardcore gamer and the retro ideals that many hold dear but you have to remember, this is Star Wars. As an added note, save states do alleviate a lot of this issues, but if you prefer your retro games pure and as intended then Super Star Wars will be incredibly frustrating unless you are ready for the challenge. 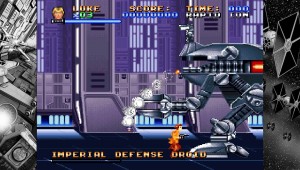 The rest of the game holds up really nicely. Even the dated Super Nintendo sound chip feels good to hear again. The excellent renditions of the classic themes and audio cues feel like they have been immortalised in a way that befits the ninties gaming era perfectly. Some of it will grate however as you spend your time listening to the same audio loops over and over again thanks to constant level restarts but hearing the cantina band do their thing while engaging in an epic brawl will always be a highlight of nostalgia to me.

Super Star Wars
7 Overall
Pros
+ Beautiful sprite work that stands out today + The sound may seem dated but it is still mighty impressive considering + The stage variety keeps things fresh.
Cons
- Level design is non existent for the side scrolling stages. - Incredibly steep difficulty spikes, even on easy mode. - Respawning and fast enemies never give you a chance to breath.
Summary
All in all Super Star Wars is good to see again. Even though the gameplay standards of a bygone era have returned with it, any gaming fan of Star Wars can at least pick this up and enjoy it provided they have the perseverance to suffer through its hiccups. The emulation of this game cannot be faulted, the amount of options at your disposal are extensive and complete the package nicely. Stick with it and you will find an excellent example of a license treated well, with enough fan service and looks to appeal to any original trilogy die hard.