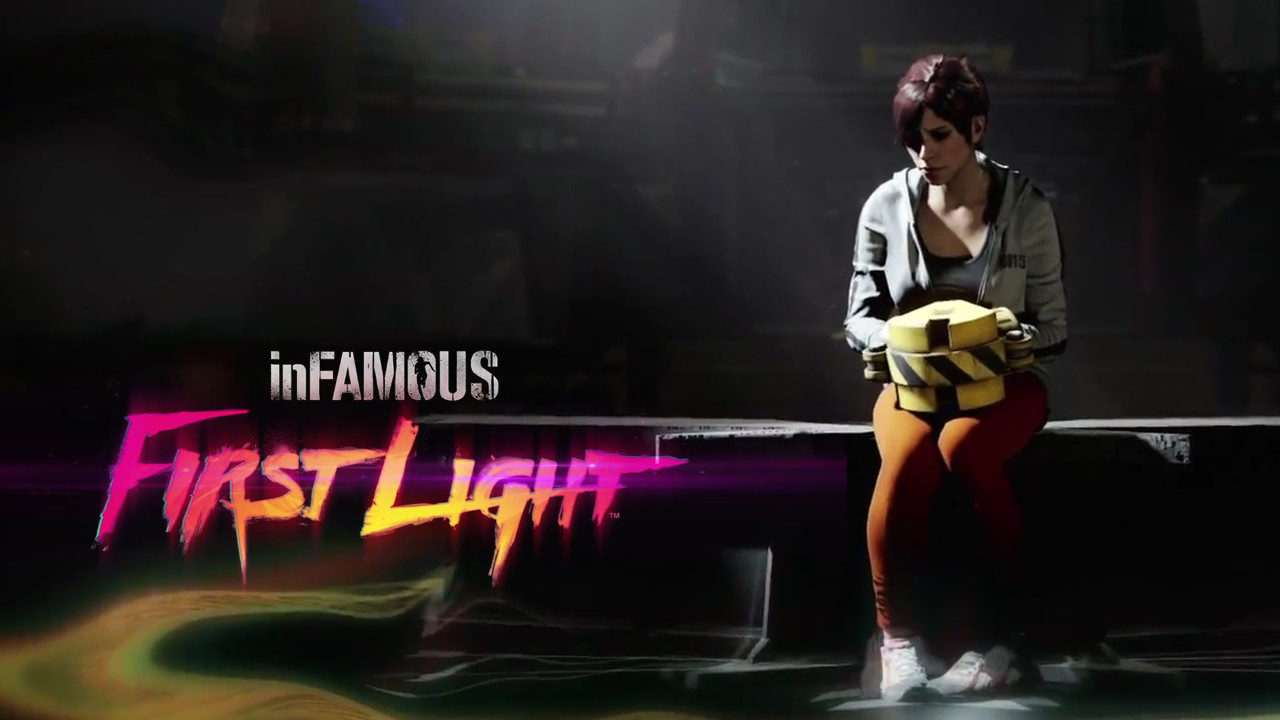 Chances are that if you owned a PS4 near launch then inFamous: Second Son was on your horizon. I like many were eager to jump into Seattle as Delsin Rowe and sling some smoke and neon around with reckless abandon (or not if you were being good.) Fans found themselves with a mixture of delight and familiarity. On one hand we had the joy of running around at the speed of vibrant light, tackling mutant shaped obstacles while enjoying the vibrancy and expanse of the Seattle skyline. On the other hand we were faced with common tropes; a predictable storyline which echoed the initial two games of the series, enemies that are impossibly violent and accurate and the dubious moral choice element which doesn’t really add anything to the game or story at all.

More or less though Second Son was a very good game. Now that Second Son has been out for some time Sucker Punch has decided to expand upon the story in the form of a standalone DLC which focusses on Fetch, the Neon powered conduit who appears in the full game. First Light is the story of her struggles as she comes to terms with her powers in a pre-Second Son Seattle.

Immediately in the first 30 minutes we are treated to what I like to call the ‘two days from retirement’ routine, where Fetch and her brother Brent are attempting to escape Seattle by loading up a boat and taking it to Canada. Before they can leave they need to pull off one more job, collect some money from a hotel complex that has been left in a duffle bag, this is mentioned just before they are discovered by the police. Before their whole plan is ruined Fetch unleashes her powers for the first time since she was a child and provides a decent distraction as the police chases her as she races across the city leaving a vibrant glow behind her. As she reaches the hotel room there are people already there. Fetch defeats them and returns to the boat only to find Brent missing.

This is the basic mission structure for inFamous: First Light and barring a few introductions to racing and sniping missions it will be what you are doing with your time first and foremost. While this is what one would come to expect from a DLC expansion to the main game it did make me more aware of the fact that the Infamous mission structure is getting rapidly more stale. The framing device of Fetch in the D.U.P headquarters only functions as exposition before thrusting you into a solo horde mode situation and this makes up the replayability portion of the game. It is fine to a point and I did feel empowered by the abilities that I was gaining at a fast pace throughout these missions but nothing can take my mind of the fact that they are just lazy game design. In an open world game that attempts to be different it was too formulaic to be considered anything special.

There are improvements. The focus on only one power theme has allowed Sucker Punch to focus on tightening aspects that made Second Son seem haphazard. Fetch’s neon sprint ability was previously only a means of travel in Second Son but in here becomes a hefty gameplay enhancement, Allowing Fetch to zip amongst enemies between speedy melee attacks and facilitating quick escapes up to the rooftops when her health runs low. The incredibly beautiful to watch neon singularity ability shows off the stunning engine from inFamous as well; people, cars and just about everything that isn’t nailed down gets sucked into a large spinning neon vortex that explodes after a short amount of time, all the while my PS4 doesn’t even murmur.

Gone is the moral choice system, allowing you to go all out when fighting on the streets. It was great to cut loose while creating a deadly light show without having to worry about a questionably implemented choice system. I did notice a lack of population on the streets which took away from the experience of being in a living breathing Seattle but considering everything that was going on screen I had to expect something to give.

Infamous: First Light
7 Overall
Pros
+ The gameplay has been tightened, combat and exploration feels fast and fluent. + The graphics are superb, maintaining the high standard from Second Son + Focuses on the best power from Second Son and improves it.
Cons
- Tired story and mission structures. - Horde mode battle arenas feel like a step back in design. - Lasts less than 4 hours if you dont do the additional challenges.
Summary
Sucker Punch keep the inFamous flame alive by presenting the DLC in the same 1080p 60FPS standard as before, making the game look as good as it plays. The mission structure definitely needs work though. Although these missions are what to be expected of an open world game but something needs to change if inFamous wants to make as big an impact as Second Son's Nirvana filled trailer did.