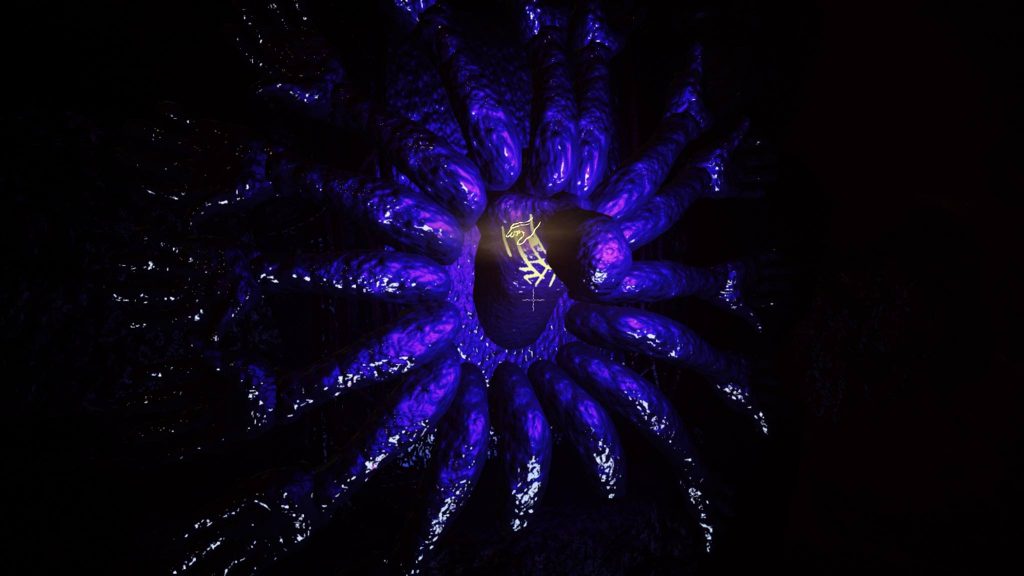 Kickstarter has a lot to answer for. It presents itself as a hive of creativity, allowing anyone to push their ideas to the forefront and let the discerning public decide on the fate of a project and see whether it gets to release or not, with rewards being the ultimate motivator. Although, all too often it can feel like it is a stock exchange for snake oil merchants as has been felt by numerous, disappointing follow-throughs that barely resemble the initial pitch.

There have been some great examples of how to do a crowd funding project right though, we had the excellent Aaero, the perfectly serviceable resurrection of Amplitude and the recently released Bloodstained to show us how money can be well spent to deliver a satisfying result. But for these three examples there are many more that show us the dark side, such as Mighty No.9, Energy Hook and the subject of today’s discussion Agony.

The campaign was announced in late 2016 and featured something that we don’t often get to see in a crowdfunding project. Within the confines of the webpage was an impressive trailer that featured AAA assets and a pedigree team of developers that had previously worked on high profile titles such as Witcher 3 and The Division. It looked like a cut above the rest in terms production value for this reason and it is reasonable to see why many would have been taken in by the pitch. Agony presents itself as a stark and somewhat realistic depiction of Hell, with all the horrors that lie within the Christian portrayal of eternal punishment. The setting was backed up by uncompromisingly controversial imagery that depicted full frontal naked prisoners of this painful place and buckets of gore to go with it.

Unfortunately, the true horror of Agony is not within its visuals or the grotesque creations that stalk the brimstone prison of the damned, It’s within the game itself. 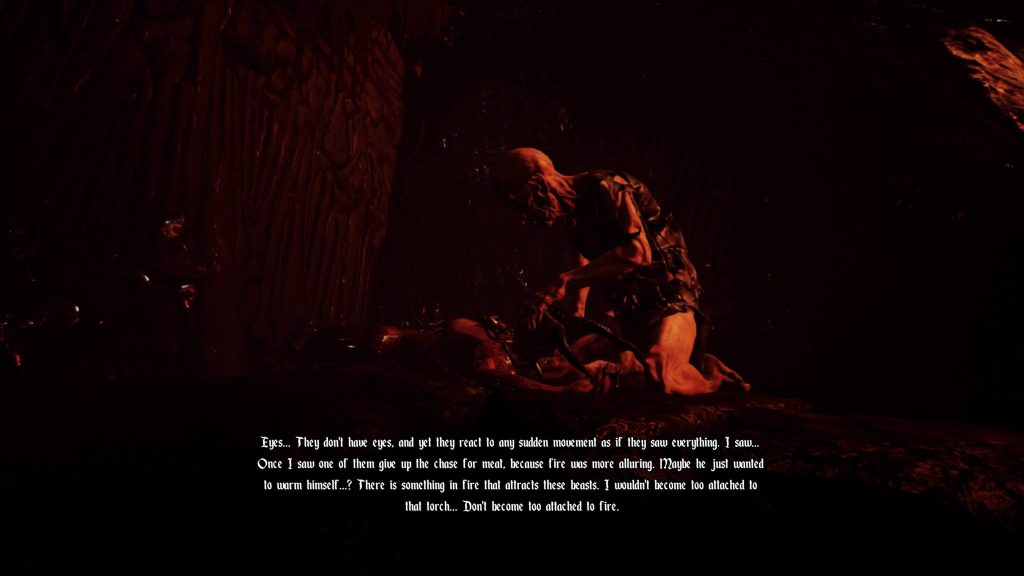 It doesn’t take long for you to realise that you are in hell. The game starts with a thunderous cacophony of screaming souls as your character plummets down to the gates of judgement from the word go and the atmosphere hits as soon as you look around and see impaled limbs, flesh carved into monuments and hear the sickly squelch of gore and offal at your feet as you slowly traipse around. On the PS4, this isn’t nearly as impressive or palpable as it seems. There are some immediate issues with textures popping into existence as you approach them, poor framerates that reduce some viewpoints to a stutter and a constant impenetrable darkness that will have you reaching for the gamma settings as soon as you begin.

This darkness is the biggest issue with Agony. It makes traversal a nightmare as the early game features a series of caverns which are pitch black. I spent far too long in these opening moments, trying to unstick myself from the geometrically challenging scenery, trying to figure out whether the direction I was pushing my stick was the correct way to proceed. As an introduction, this is not a good sign of things to come and things get worse from here. The terrain causes a lot of problems and there were many times where my character simply got stuck in the ground with no way out without restarting a checkpoint. By the end of my initial hour, I had restarted the game three times due to getting stuck on terrain or daring to explore in a game that is predominantly about exploration.

Still, I moved on with the game. Hoping that the worst was behind me, I progressed onto the first stealth section which is set in a maze filled with fellow suffering wanderers and twisted fleshy architecture. This is where I found out where MadMind studios came up with the name Agony as this area was incredibly painful for several reasons. Firstly, there are demons in this maze that constantly patrol areas in search of their next meal. We are led to believe that these demons lack sight and will search you out based on what they hear or by local movement. This certainly does not feel like the case when these creatures run at you from one end of a corridor to your exact location despite you not moving. Another is that when you die, you can possess a lesser being, who are basically the gibbering humans that you find dotted around each area. This is great; however, the game does not explain how you pull these possessions off. When you do figure this out, you still need to be mindful of where you possess someone as this can result in another instant death from a demon lurking around.

Lastly and the big reason the score to this review is so low is after a couple of deaths in the maze, I received a notification on my PS4 that my save data was corrupted. I could still play on of course, however after a hilariously timed crash shortly after, I found myself staring at a soul mirror that I had activated in a different, earlier section. This glitch was not a one-time deal either, when I found myself out of the maze, this save bug followed me throughout the game. The only way I discovered to beat it was to press forward through Agony, hoping that the next save point will work this time. 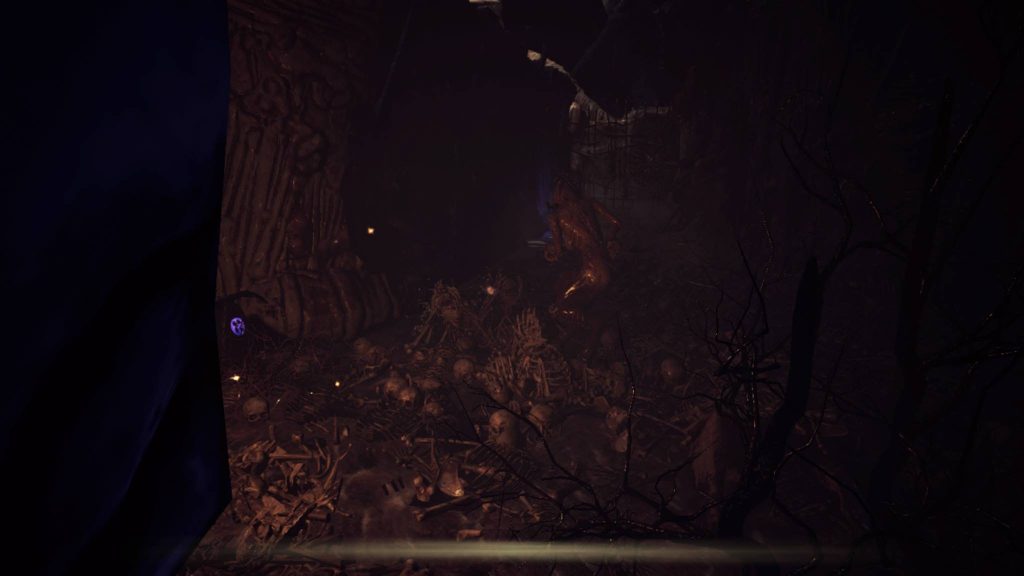 This is not easy to do either. A glaring fault with Agony is in the soul mirror checkpoint system. There are times where these are dotted liberally and close together, however there are times where you must suffer through gauntlets of challenging stealth sections and lengthy sequences before seeing another and with the looming presence of a bug that wipes your data, this can result in hours of progress being lost in a single moment.

The soul mirror placement isn’t the only baffling design choice on display here and you need only look at the pause menu to find more. It’s very rare that menu’s are worth mentioning in a review, but there are a staggering amount of gameplay altering options to be found here. These include being able to switch off having to perform possessions yourself, removing asinine mechanics such as one that makes you lose a checkpoint after you die three times (possibly the source of the save bug) and one that gives you unlimited use of the destiny line feature that paints a trail ahead of you, showing where your next objective is, which is absolutely vital to progress but normally limited to three uses between checkpoints.

This menu system is one that you would normally see as a custom lobby screen for a private server in a multiplayer game. Upon further inspection, it appears to be a debug menu disguised as a quality of life tool for players as Madmind studios were unable to balance the gameplay to suit the mechanics they intended. I just cannot see any other reason for it considering that there are multiple difficulty settings for the game already.

It’s for these reasons that I just cannot recommend the game to anyone. It’s borderline unplayable and when you can progress there is little that is worthy of note to continue for. For whatever sins I have committed in this life, i’d like to think that after playing Agony, I had done my time.

Agony
2 Overall
Pros
+ Suitably grotesque design above the surface
+ Actually a very good depiction of hell, if you consider the game as your punishment.
Cons
- Grotesque design under the hood
- Poorly paced checkpoints
- Constant save corruption glitches
- Having to play the game with high gamma, essentially feeling like you have cateracts.
- The content is not rewarding enough to fight through the problems
Summary
From the muddy, jagged visuals to the slow and poorly paced gameplay, Agony would suit as another circle of hell. It’s horrifying, but certainly not in the way it was intended to be.