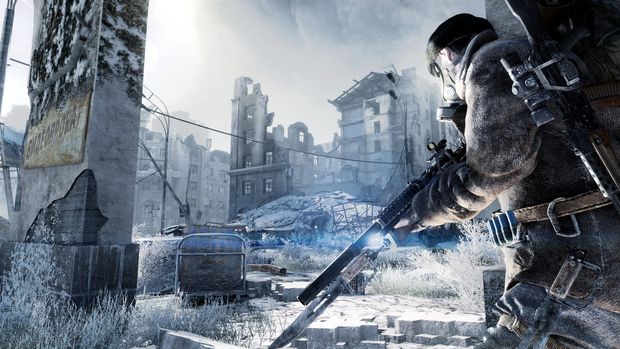 I never got the chance to put any serious time into Metro 2033.  Thankfully, Deep Silver have published Metro Redux, a remastered edition of both Metro 2033 and its sequel, Metro: Last Light, for our enjoyment and all for the very reasonable price of £30.

The original games garnered fairly positive praise for their story-driven approach to first-person shooting and novel interface which never took you out of the action.  All of this is intact but with a fresh coat of paint and some gameplay tweaks give the game a fresh breath. 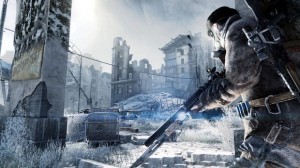 Visually, they’ve upgraded Metro 2033 to give it visual parity with its younger brother.  Its a sensible decision given that you’re likely to play them back to back.  It won’t blow your mind out but there’s some impressive lighting effects on display and player models boast more detail than they did on the previous generation consoles.  It all seems to run at a smooth framerate that doesn’t appear to falter.

To continue bringing some cohesion to both games, you can opt for whether you want the survivalist attitude of the first game or the more forgiving nature of the sequel when starting a new game.  For those who had issues with Metro 2033‘s tough nature, this is a welcome addition and, for others, an opportunity arises to see just how the game gets changed up.  Also, there are a handful of difficulty levels that can be changed on the fly.  These positive changes should definitely help the game’s accessibility and give others a reason to replay.

Unsurprisingly, for games based on a series of novels, Metro Redux takes a very narrative focus and it tells its story superbly in brief, segmented chapters.  It’s a well-trodden post-apocalypse tale where a young man heads off in search of his super-duper stepdad.  Along the way he meets companions which ultimately push him along whilst filling in the world around him.  If your intention is to explore, you’ll be disappointed.  The game is tight and linear which works great in the claustrophobic stations.  The remnants of society are all crammed in there and there’s plenty of vocal flavouring to bolster some great world-building.  Its a shame that above the surface its all narrow.  Open-air Moscow looks spectacular but you’re forced into pathways that lead from one chapter to the next. 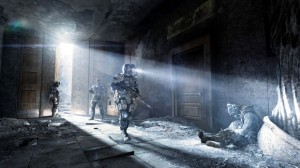 There goes our salvage.

The combat is occasionally tense with a stealth approach sometimes, but not always, allowable.  It works better against human enemies with you sneaking around trying to avoid traps and light sources.  Mutants provide you with chaos, especially if you’re contending with a gas mask filter.  Its sometimes frustrating but the difference in play-styles, coupled with the narrative setup makes for a game of peaks and troughs.

There’s a marvellous package on offer here with plenty of extra content, a genuine attempt to improve on an existing product and great value for money.  If you’re curious, or previously missed the boat, climb aboard.

Metro Redux
8 Overall
Pros
+ Great value. + Atmospheric story. + More accessible for newcomers.
Cons
- Not a whole lot to explore. - Gunplay can feel a little off.
Summary
Dripping with atmosphere, Metro Redux offers a package with some tense moments. The world looks interesting, even if there's not too much reason to explore much of it. Gunplay can feel a little rusty but the options on hand, give these games an accessibility they lacked upon first release. It still remains a different beast that's worth a look if you want a grim tale of underground survival.
We use cookies on our website to give you the most relevant experience by remembering your preferences and repeat visits. By clicking “Accept”, you consent to the use of ALL the cookies.
Cookie settingsACCEPTREJECT
Manage consent