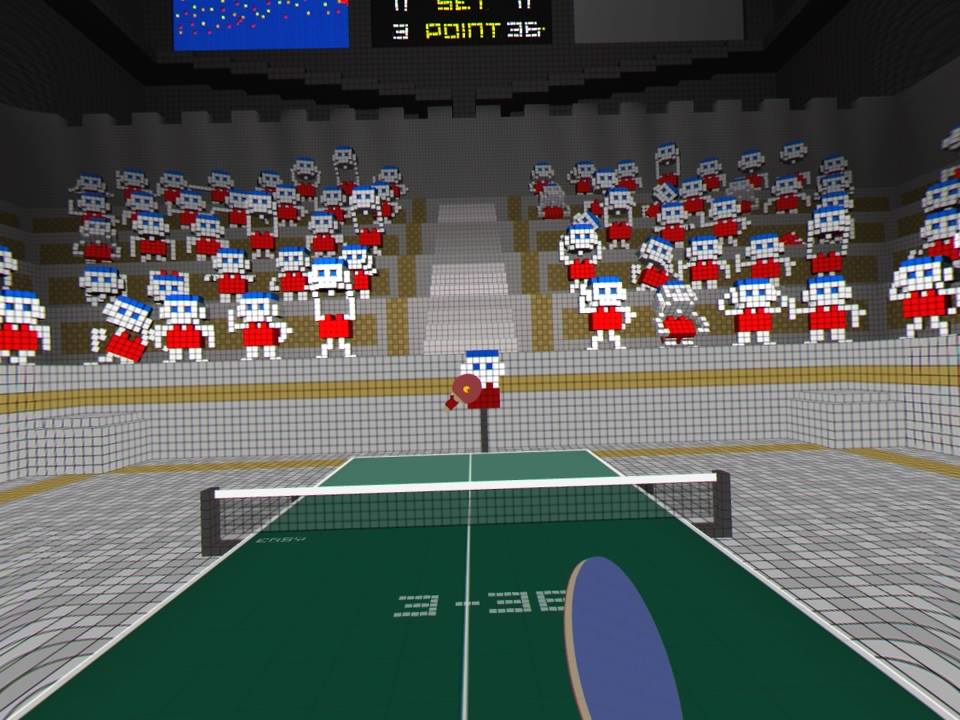 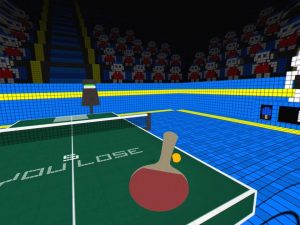 PSVR and sports have a problem. Although you can fit an entire football pitch of tennis court you’re your field of view it is generally considered unwise to run around while attached to the umbilical cords made of HDMI cables. You also do not always have the luxury of a massive space to hop around in, with titles like Holoball only just getting away with using every bit of space you have available to dash around.

VR Ping Pong is about as basic as it comes. You control the action using either a single Move controller or two (if you really must throw the ball up to serve) and it is your job to bat it at your opponent until you win. There is not much to this and if you play Ping Pong for real then you will find some semblance of realism in the way it plays in VR. The paddle and ball relationship handles as you would expect for the most part and you are able to angle your shots in that non waggle motion way.

The key difference between this and real life however is that the game has a nasty habit of mixing up the tracking. If you have ever witnessed Move wobble in VR before then this is the game that it will affect the most as it can turn even the daintiest, limp wristed tap into a shot from hell itself. VR Ping Pong is designed as a simulator so every shot counts when facing off against the AI opponent. He doesn’t make mistakes but if you are new to the game then you certainly will. Due to this issue with control it is generally wise to hit the practise mode when you first start up the game to get used to things, however I will say that after a couple of hours of me doing so I was no closer to getting better at the game.

Now in regards to that I will one hundred percent put my hands up and suggest that maybe I am just not good enough at the game and that is why I am failing at hitting the ball to a suitable degree. There could also be some issues with the Move controllers that are causing the paddle to move so erratically as well, but I know that when I am in practise mode and I am losing 100 to 23 that there has to be something deeper than this, after all with that amount of serves I should be accidentally winning some returns surely? 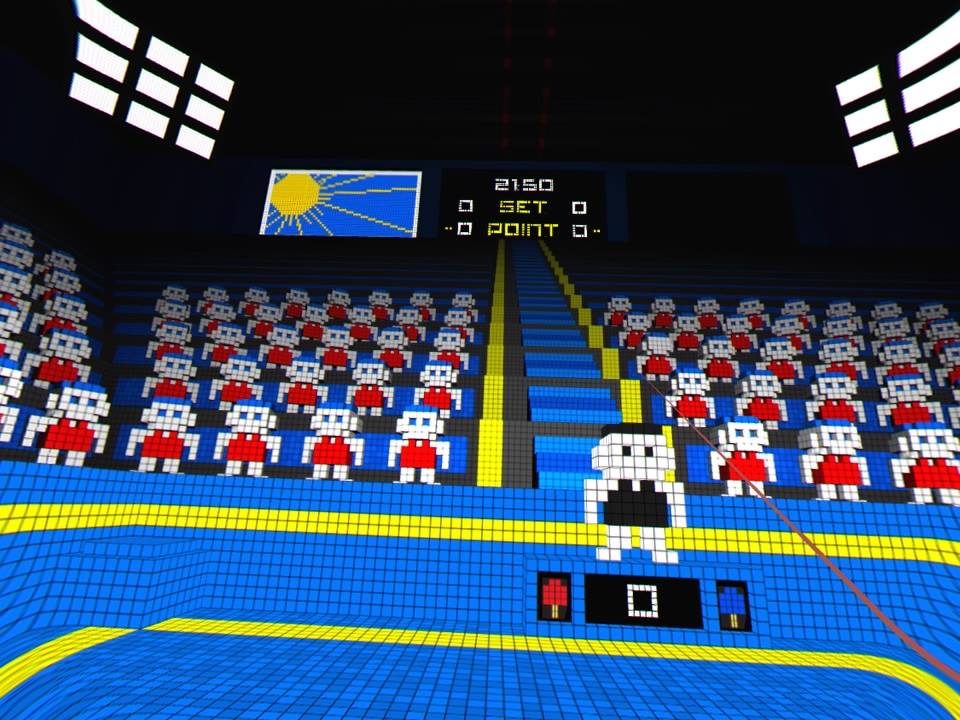 Presentation wise the game is okay at best. There is a cuboid audience in the background that animate to your wins or losses but they serve no purpose beyond that really. The music is sedate and while not entirely offensive it can certainly grate over a longer play time, couple this with the audience member cheers and jeers it can be quite irritating to listen to in general. I wasn’t expecting much in regards to music, however as the game takes a retro aesthetic I would have thought that there would be some pleasing chiptunes to listen to.

One concerning omission from this game is the complete lack of multiplayer. While I understand that local multi is out of the question an online multiplayer mode would have worked wonders for the longevity of the title. After a few hours of playing it just became a bit of a slog against the AI robot opponent. There is no personality there such as the one seen in Holoball and it has the habit of spinning every return that you make and almost always places the ball back right at you. That’s not to say it doesn’t lose every now and then however it does have an eerie accuracy that just made my life a lot harder in the long run. 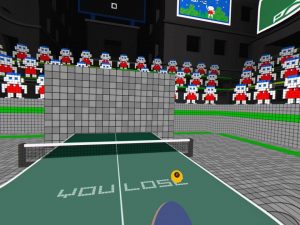 Other than the usual tournament or practise modes there are a number of Arcade style modes that you can play with. These boil down to essentially minigames for you to complete and hone your skills. I quite liked a few, particularly the wall mode which focusses more on preparing you for longer rally’s. You still have to serve up perfectly and return the ball back under the same rules however it just felt a bit more of a sedate diversion to the main game. Another mode sees you facing off against the same robot opponent however this time every time the ball hits the table it removes a block so you cannot tread the same ground again. This one was a bit more advanced however once you get to terms with the control system then I can imagine it being quite fun again.

What I think is missing from the game is a more forgiving mode for new Ping Pong players to enjoy so they can get to grips with the game. Perhaps a more arcade like experience with a bigger table or slower ball? I just feel like this could have worked wonders with the title. Right now however I could not recommend the game to anyone that doesn’t know Ping Pong as well as unless you are intending to get really good at the sport, only crushing defeat will await you. Which is a shame.

VR Ping Pong
5 Overall
Pros
+ Realistic control scheme + Visuals are basic yet clear. + Some Arcade modes can be fun to play
Cons
- Random tracking issues, particular in the Move controls - Unforgiving gameplay with seemingly unbalanced AI - The soundtrack doesn’t change much but even when it does it is enough to put you to sleep
Summary
VR Ping Pong may be basic in design but it is a gruelling challenge in every other way. Whether it is enduring the boring soundtrack, the based in realism control scheme or the battle with jittering move tracking it is one hell of a test of patience and skill. There are some redeeming qualities such as the arcade mode, however I couldn’t recommend this to anyone other than Ping Pong fanatics.