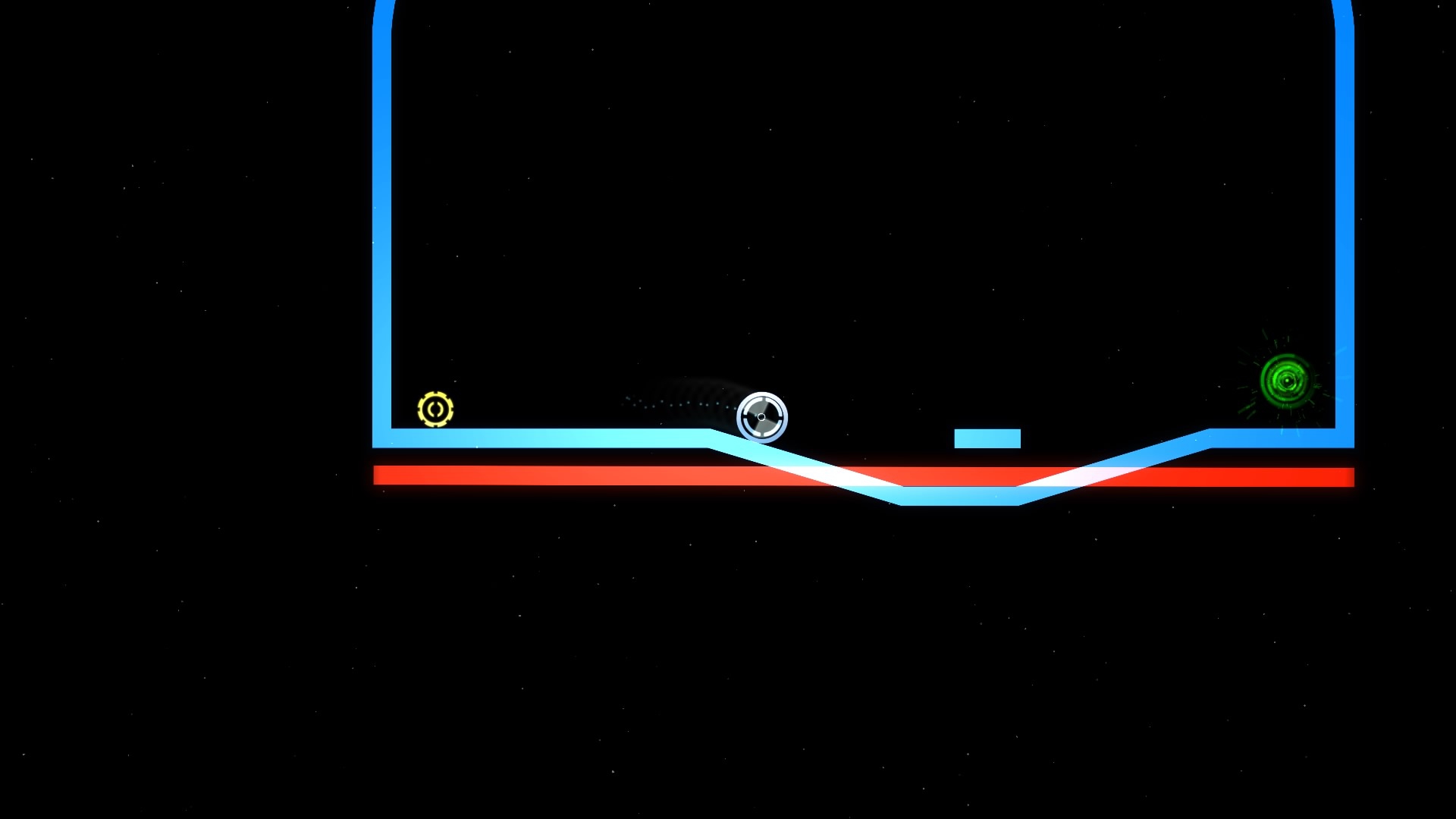 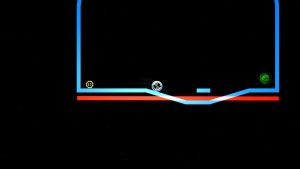 Puzzle games are interesting things to think about really.  They can be in any style yet still be a puzzle game, they also generally work with one core idea and explore this to it’s full potential seeing how far they can push it before that idea breaks.  iO works with the idea of rolling a ball to a goal and manages to use this idea to create some very interesting puzzles, pushing the envelope to near breaking point as it searches for new puzzles.

First things first, it’s a nightmare to search for iO on Google as any search gets flooded out by references to iOS games, so don’t try that, instead search for  the developers Gamious.  Anyway iO is a physics based puzzle game with a decidedly minimalist visual approach.  Things are stripped back to just a few lines and some low key ambient music.  It really is a striking visual style.

I’ve said above the aim of the game is to guide a ball to the goal, and although this sounds simple iO brings some novel ideas to play with.  The ball can be rolled forward and backwards with the controller, and interestingly it can also be shrunk or enlarged at the same time.  The ability to shrink and enlarge the ball really mixes things up here as not only does this allow the ball through different size gaps, but it also changes the speed at which the ball moves and plays with momentum. 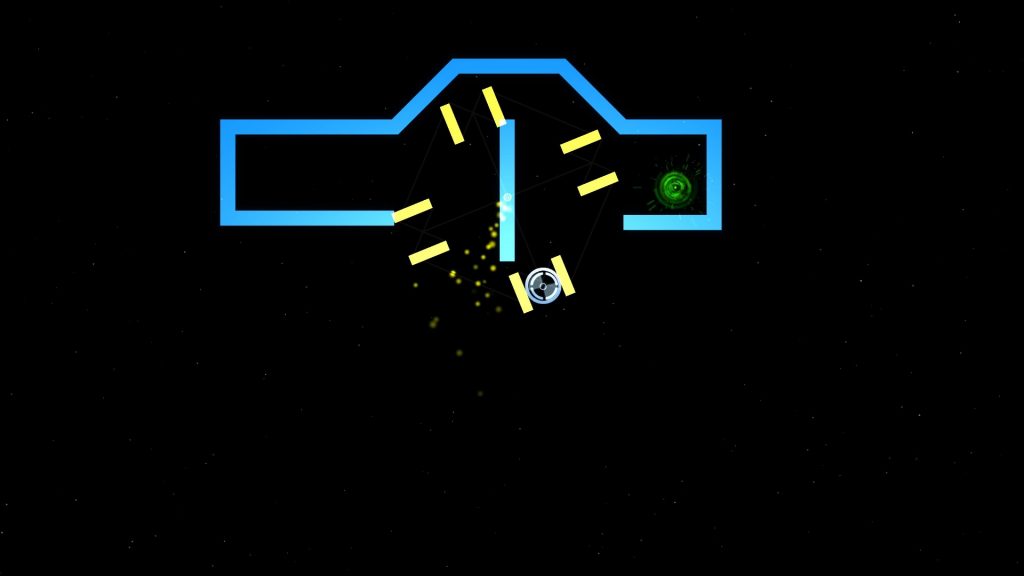 Time now for a quick word on momentum.  Momentum is the product of the velocity of an object and it’s mass.    So a steam train travelling fast has high momentum, and it will take a large force to both get this train up to speed and also to stop this train.  A toy train by comparison has low momentum, as it needs only a little force to get it up to speed and stop it.

iO takes momentum and plays with it a lot.  The game will present hills or ramps which need speed to surmount, the quickest way of gaining this speed in the shortest possibly space is to start with a large ball slowly move this and then immediately shrink the ball down.  By shrinking the ball the greater force which was used to move the large ball is transferred to the small one which then gets a commensurate speed boost, propelling it over the obstacle.

The ways this concept is used within iO is pretty brilliant, and levels which seem initially impossible slowly reveal themselves.  As I progressed through the game I was using the ball to climb stairs, push objects and even wedge myself into gaps to be carried round pivots, all unexpected and interesting to do.

The game is split into over 200 individual levels and these are separated into groups which generally play with a specific theme, with the later ones mixing them all together.  The difficulty ramps up quickly too and later levels are really tricky.  Unfortunately this difficulty forms the major criticism I have of the game.  Firstly the difficulty seems to be pretty uneven with spikes coming all over the shop, a level could be almost impossible but then followed up with really easy ones. Secondly a good portion of the levels require almost pixel perfect inputs to switch the shape of the ball on the fly.  These levels can feel unfair as the game relies on a physics model which also allows for a great degree of variety in play.  What I mean is that often I was able to see where I needed to get, knew how to get there, but was left retrying the stage for what felt like hours before I was able to hit the inputs perfectly at the right time.

As with a lot of puzzle games each stage is graded in three tiers, in this case gold, silver and bronze, although these awards don’t then seem to feed into further progression in the game which is odd.  Each level is accessible from the start.  This seems like an odd way of doing things, but given the above mentioned difficulty spikes it’s much appreciated to be able to skip ahead at difficult sections. 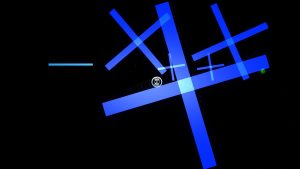 Overall then iO is a decent puzzle game offering loads of content, it’s also cross buy with the Vita which is nice.  It suffers from some proper hard difficulty spikes and relies a bit too much on trial and error, but at the end of the day it plays a decent puzzle game.

iO
7 Overall
Pros
+ The shrinking and growing mechanic is fun to play with + Offers a decent physics puzzler + Lots of content with over 200 levels
Cons
- There are some really bad difficulty spikes - Many levels rely too much on trial and error
Summary
Overall then iO is a decent puzzle game offering loads of content, it’s also cross buy with the Vita which is nice. It suffers from some proper hard difficulty spikes and relies a bit too much on trial and error, but at the end of the day it plays a decent puzzle game.