Sport is very slowly getting back on the menu. The real Tour de France is hoping for a race in August whilst the virtual equivalent is hitting shelves when the original race was due to be scheduled. We live in unprecedented times but, you can rest assured that Cyanide will put another cycling game out that looks suspiciously similar to the one they released last year. 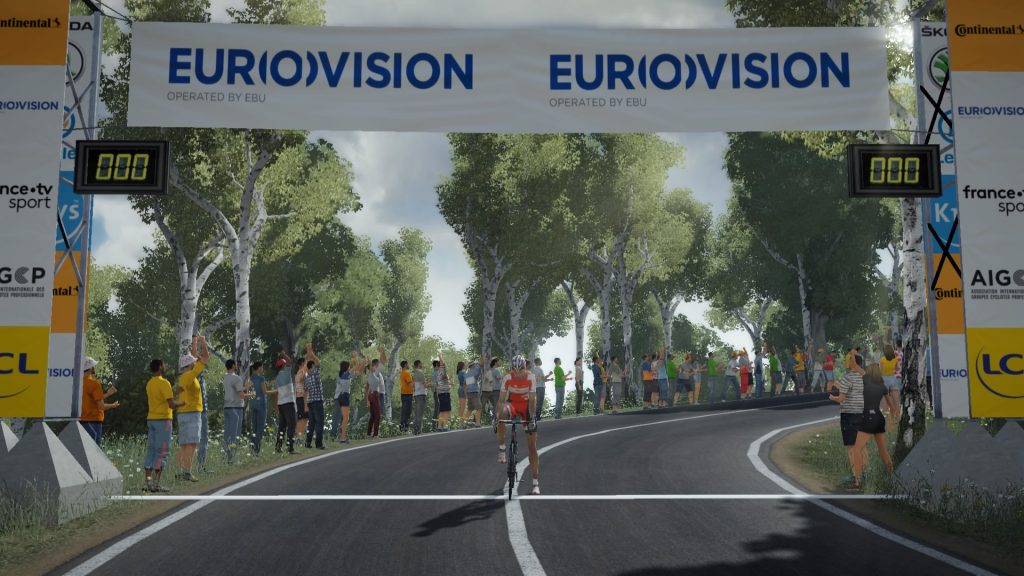 The cycling, as it happens, doesn’t vary much from last year. Tour de France 2020 does have new time trial controls to fiddle with but time trials are few and far between on tour. There is a sustained effort mechanic which is used as a way to break your opponents. In practice, it can potentially offer riders the chance to turn a race on its head but I’ve rarely found a use for it.

Otherwise, it controls the same as before. You utilise the triggers to speed up and slow down and use X to pedal for more effort. Stages are all about endurance and energy conservation. The display does a good job of conveying your energy levels to you and it can be fascinating to patiently wait for the right time to attack. You spend a lot of time thinking in this game and, in that respect, the strategic nature of Tour de France 2020 is well represented.

The team aspects are also nailed. You can use them to bridge gaps, instruct them to attack or follow them whilst you conserve precious energy. Your race objectives tend to cover most bases so you can switch between riders to ensure you’re attacking on all fronts. There’s plenty to think about but, for those wanting something more sudden, you can speed up time during stages. 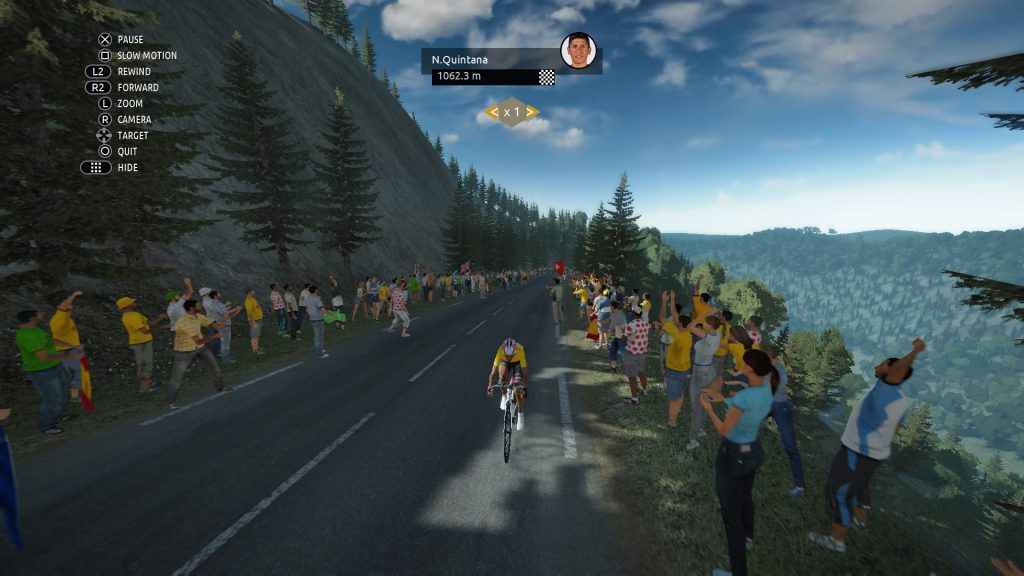 Unfortunately, this robs you of some control. I’ve found the rider will exhaust their energy constantly and the blow ups can be severely punishing. They will not feed so, if you are after a quick-fire race, you have to resume control for some of the simplest of actions. Alternatively, you can use the quick stage function which simulates the stage entirely.

Other than the flagship French effort, the support races also make an appearance. There’s quite a few to involve yourself with from smaller classics to fully-fledged tours. You can also build your own from any of the game’s dozens of stages. For other short excursions, challenge mode delivers various downhill runs and time trials to get to grips with. They feel like training exercises designed to get you tuned in to Tour de France 2020‘s tempo and it does manage that quite well. Success in them earns you medals which unlock further events. 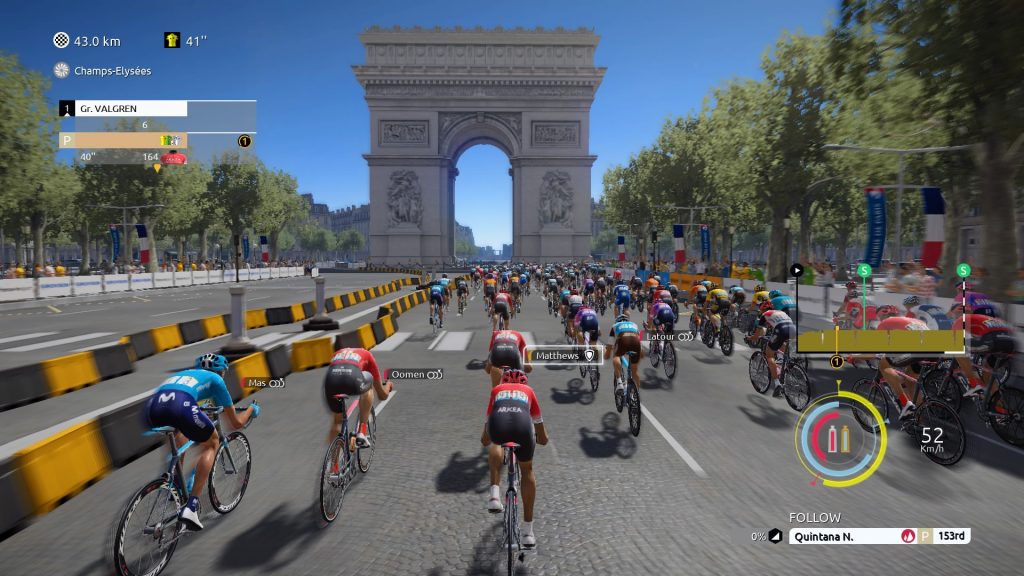 I’d love to say the license is used to great effect but it feels somewhat undercooked. The official teams are represented but rider likenesses remain absent. Rather than at least give them distinguishing features, each rider is a faceless clone without any real personality. The edit suite only allows you to tinker with team personnel rather than appearance or stats. At least the stages of the pinnacle cycle race are delivered well. They’re condensed when compared to the real events but you do get the sense of a journey through France.

It’s not the travelogue real TV coverage becomes but they do make an effort to give the countryside a little bit of variation. It all culminates in the famous climax on the Champs Elysees, featuring a fairly underwhelming Eiffel Tower. It’s a shame that, graphically, the series has never matched the sights you could be seeing. Vegetation and people spawn into existence and each stage features an all-too-brief video introduction.

I will say it’s nice to see the peloton in full flight. Seeing a crowd of 150+ riders is always impressive, even if their animation is fairly bland. When amongst the pack, you’ll jostle for position but mostly just bounce off each other with very little consequence. You don’t so much fall in Tour de France 2020 as you just hit an obstacle and stop. Cycling at low speed can feel clumsy and dealing with slow corners can feel bothersome. 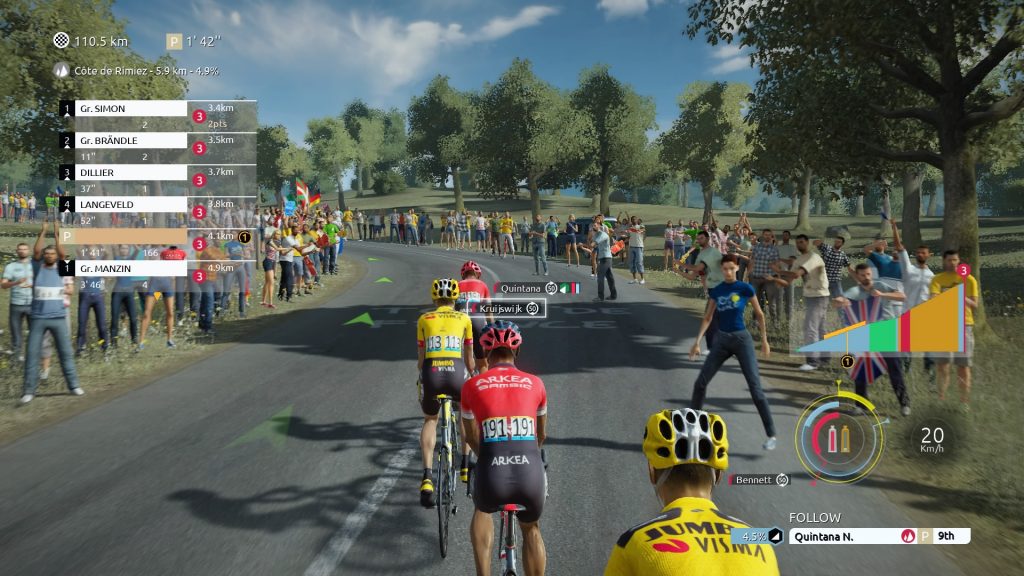 The crowd do like to swarm the mountain stages which does allow for some life on track. It’s not quite the spectacle it should be, though. Your team manager provides the closest thing to a commentary as he reports what’s happening ahead of you and gives you constant encouragement. I like being kept up to date like that and the information he provides is useful.

It’s a shame Tour de France 2020 feels so stagnant. Visually, it’s lifeless and outdated and the license really hasn’t be fully explored. The fundamental riding isn’t bad but, compared to last year, there’s not a significant difference. Cyanide seem very proud of their long-running relationship with the Tour de France but it seems, year on year, they’re delivering the bare minimum.

Tour de France 2020
5 Overall
Pros
+ Cycling handles decently.
+ Time on track feels strategic.
+ Plenty of races and challenges to cover.
+ The team manager keeps you very informed of the race around you.
Cons
- Visually stagnant and rugged.
- The license isn't used to its fullest potential.
- Speeding up time in stages leaves you at the mercy of some dumb AI.
- The game really lacks personality and flair.
Summary
Unfortunately, Tour de France 2020 picks up where the series left off and slowly, very slowly, advances. The package bolsters with new classics and features but the same outdated visuals and problems arise. The license isn't used to the fullest with no rider likenesses and a bare minimum approach to presentation. The cycling remains fine but the lack of excitement and personality makes it hard for me to recommend this year's effort.