Interactive movies are such a tricky genre to review. On the one hand, you’re trying to judge it as interactive media and, on the other, you’re trying to judge it as a film. Often they feel like clumsy compromises where the acting and story don’t hold much weight whilst the slight interactive elements lead to something very passive. The Complex, a combined effort from Wales Interactive, Good Gate Media and Little Jade Productions doesn’t stray too far from the formula but does at least provide some entertainment. 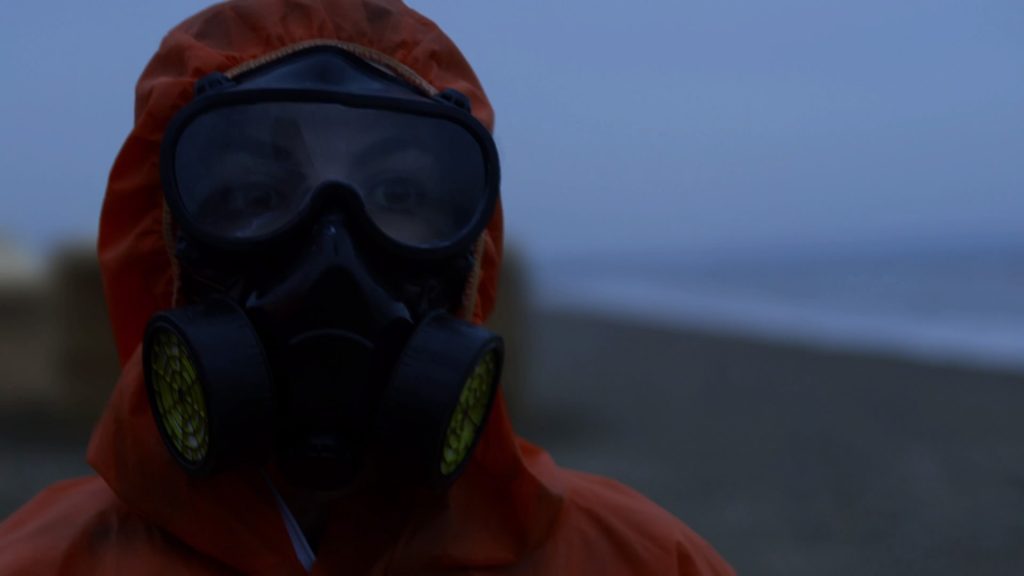 The Complex stars a relatively young and small cast in a tale about pharmaceutical ethics. It’s a small, swift story that will take about 90 minutes to play through. It’s shot well enough in a handful of locations but the bulk of proceedings take place within the laboratory of the Complex itself. So with a limited number of cast and locales to play with, the scope of this game’s decisions are kept small. Whilst it maybe causes the game to lose some potential for wildly differing paths, it does prevent the narrative from tying itself in knots.

The acting itself is fine. It does seem to suffer from a relatively young cast performing roles that seem more appropriate for more mature actors but I can forgive that. Line delivery seems convincing even if some of the dialogue is sometimes nonsense. I find Rees to be something of an insufferable character. He’s written to be the sarcastic joker and, to be honest, they hammer this home way too much. He softens in the latter stages but his constant asides try my patience. 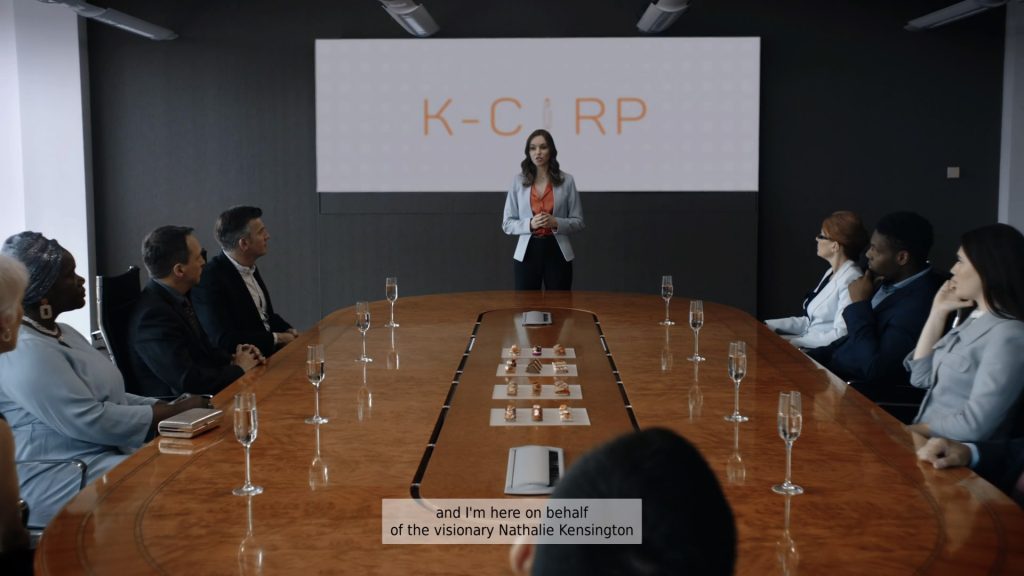 Some of the other characters suffer the same one-dimensional writing. Kensington herself is very single-minded with clear and obvious motivations that, once more, are hammered home repeatedly. A little more depth would be nice but what remains are a cast I’m not especially rooting for. Even Claire who spends the majority of the film on her back in peril has reasons not to be trusted.

Other than that, it’s shot decently and the pacing ramps up sharply after some early attempts to establish characters and motivations. Whilst mostly being confined to a lab can give the story a stagnant feel, there’s plenty of tension on offer. Stakes are raised regularly which helps keep you involved in the game’s more passive moments. 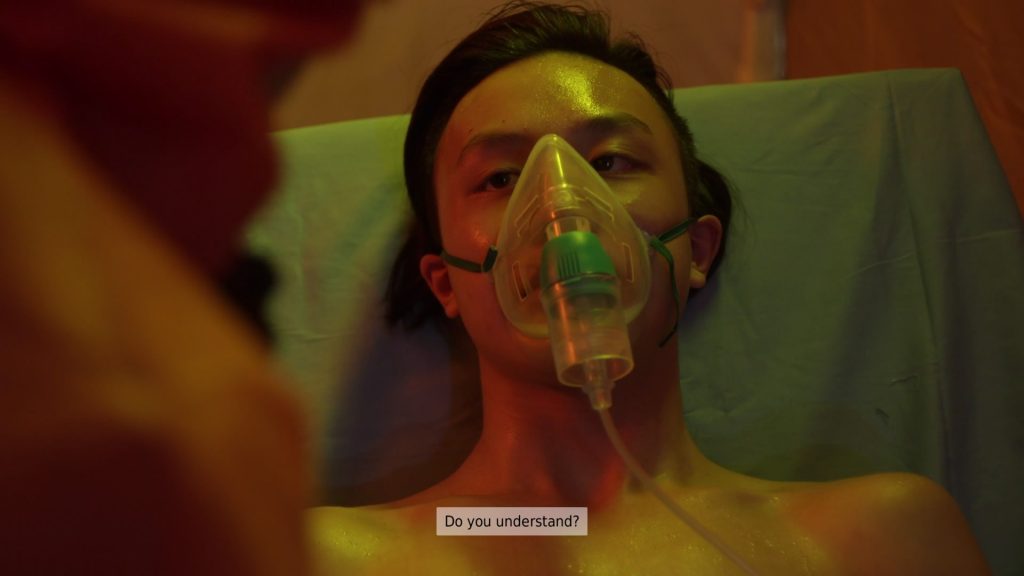 Interactivity is kept at a minimum. As a player, you make decisions on the behalf of Amy, a scientist looking to peddle some technology to new clients. Your responses are supposed to influence how other characters view you and, whilst these are presented in a percentage format, the game branches into much more rigid paths. The options you’re given can be wildly different but also means you can play her as inconsistently moody as you want. All of the main characters can die so there’s at least some final consequences to your actions.

The Complex can branch significantly. From the endings I’ve witnessed, the outcomes are wildly different. Characters will interactive differently and you will be handed some fresh scenes that can take the narrative into a different direction. It makes repeated playthroughs worth seeing and thankfully, you can skip cutscenes on subsequent visits. It’s always fascinating to see how any game handles player choice and it does seem that The Complex gets this aspect right. It’s edited cohesively so continuity doesn’t appear jarring. 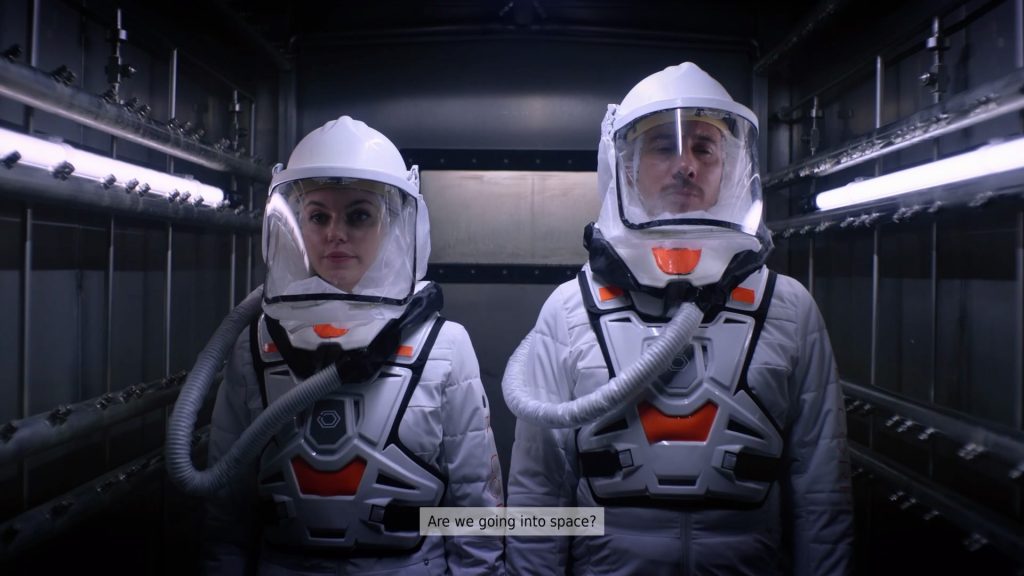 One thing that really sticks out are some of the special effects. Whilst it definitely has a contemporary setting, some of the tech they’ve decided to drop into this universe is strange and goofy looking. Claire’s containment pod looks like a lead coffin and there’s a drone mock-up that looks ridiculous. Everything else in the lab appears more sensible so the moments where they get sci-fi can seem really out of place and artificial.

As a game, The Complex offers minimal interactivity. As a film, it delivers a fairly throwaway but entertaining story. It’s decently acted and swiftly paced and the decisions do lead to some drastically different outcomes. It leads to things worth seeing and there’s unintentional chuckles to be had from a couple of the special effects.

The Complex
6 Overall
Pros
+ Decently acted and well-written.
+ Your decisions can branch the story in significant ways.
+ There's plenty more to see on subsequent visits.
+ Swiftly paced and sharply edited.
Cons
- Some of the special effects look really cheap.
- Rees' wise-cracking is insufferable.
- Some of the smaller roles are where the poorer acting lies.
- Very little interactivity which can make the game feel very passive.

Summary
It doesn't stray much from the formula but The Complex provides a few hours of disposable entertainment. The acting tends to mostly hold firm with only the minor players giving some iffy line reads. As passive as it is, the choices do offer something new to view. The wildly different outcomes are worth seeing, if you can deal with some of the rougher aspects.