First, that’s not a spelling mistake. It’s Superliminal rather than Superluminal. Right, that’s out of the way. From Seattle based developer and publisher Pillow Castle comes this great 3D puzzle game. Superliminal is a first-person affair across nine distinct levels, and to paraphrase Total Recall, it’s the best mindfuck yet. Taking place in the premises of Somnasculpt Sleep Clinic, you’re ostensibly there for some sort of therapy session. The session is given a cute acronym, we’ll spare you the details lest you want the eyeroll yourself. 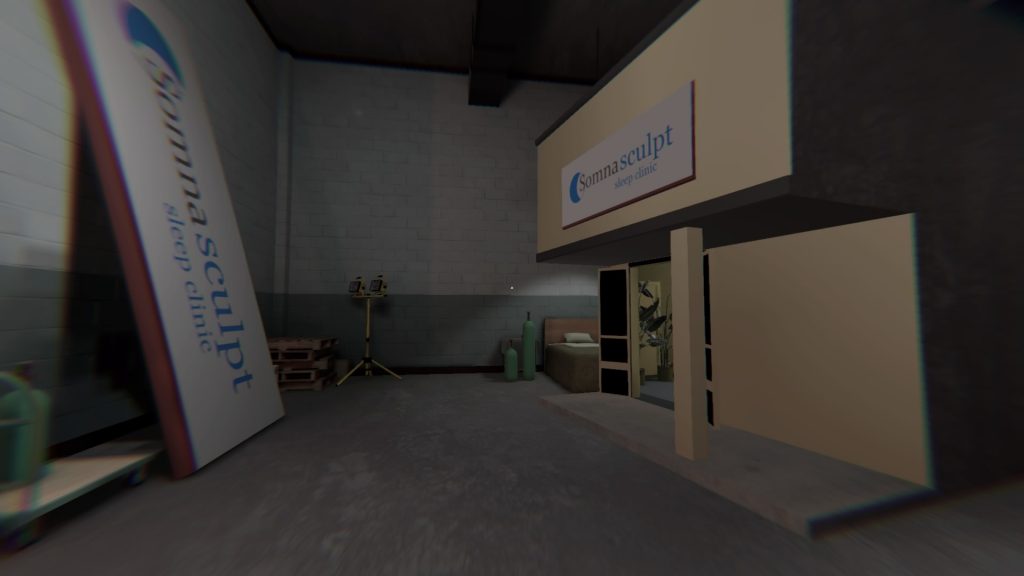 At any rate, it’s a great setup for a game that seeks to stretch both your perception of game convention as well as those of reality. You’ll get a definite Portal vibe to begin with what with the computerised voiceover trying to warn you of the worst possible outcome. After a little while, you’ll soon realise that Superliminal is very much its own game with its own specific dynamics. It’s very much a case of letting your expectations of conventional game behaviours as well as those of reality be a little bit fluid.

The key mechanic you’ll utilise is the ability to play with perspective. Pick up something that’s small yet close to you, swivel it around and drop it. Then it’ll scale to actually become as big as it appears to be, entirely disregarding perspective. If our explanation mangles the concept, you’ll have to excuse us. Superluminal is single player, but it’s very well suited to being played with someone else in the room with you to bounce ideas off. One revelatory moment early on had our companion creasing up with laughter when the object in question became a massive ramp. 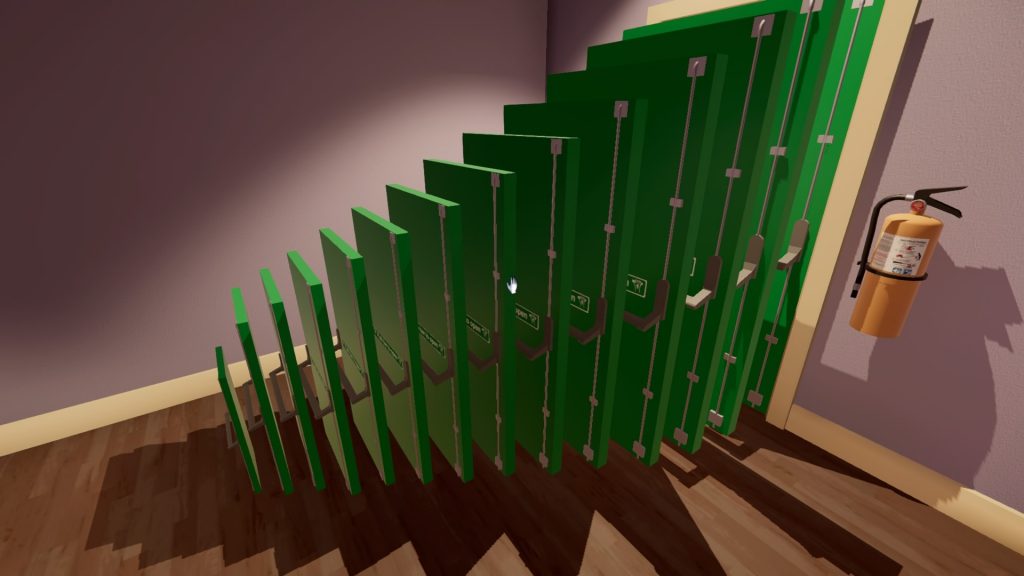 Initially your task will be to discover which item you can interact with and scale to fit your needs. You’ll get so into that way of doing things and become so fixated on that method that you won’t see the otherwise obvious solution. It’s a great way to keep things fresh; reminding us of Titanfall 2 in the way that you can play a level with one mechanic, only to see it completely discarded the next. You’ll eventually learn never to take a particular situation at face value, moreso the further you progress into the game and the dreams within a dream. When we reached the end of Superliminal, we had a look at the trophy list. It was then we’d realised quite how much we missed. 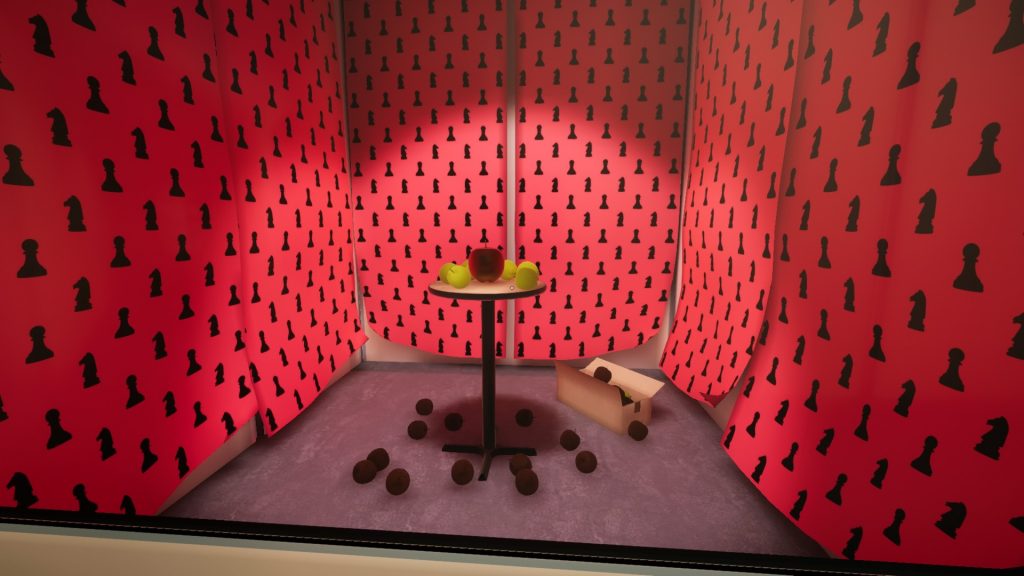 There’s a whole extra level of meta-game here in terms of extra items to collect or catalogue. We clocked the fire alarms and extinguishers on our way through, though some remained squirreled away despite our thoroughness. We completely missed the constellation rooms, hidden chess pieces and blueprints on our first playthrough. Each of these requires really going off the beaten track to discover them.

On top of the collectibles, the storyline is very well done. Rather than revelatory it’s more of a ruminatory affair, but the message you’ll take away is feelgood without lapsing into twee or patronising territory. This is helped by the tape machines you find with a voice trying to help you, a friendly presence in an otherwise bewildering place. 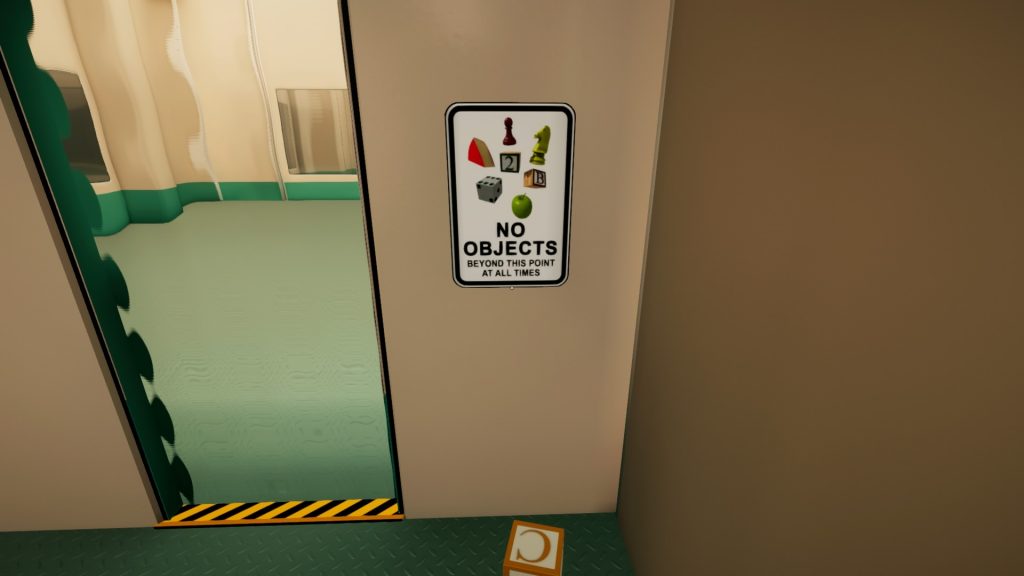 As seems to be obligatory now, there’s also a trophy for tearing through the game in a seemingly impossible half hour. Given we replayed a few levels and had already forgotten the solutions from having already solved them, this is a big ask. An hour might be doable at a push but we’d need a walkthrough to hand as a reminder. As for the off-piste collectibles, we found a single blueprint upon replaying the first two levels, never mind the hidden chess pieces or constellation rooms. One for a rainy day perhaps. In addition, the fire alarms and extinguishers are shown on the level select, so why not the other categories? Seems a daft omission.

In conclusion, Superliminal is a great puzzle game with a soul. The way it subverts videogame tropes and your expectations is often amusing too. The collectibles and speed runs are a tempting proposition and a great way to get more out of this than a single playthrough.

Superliminal
8 Overall
Pros
+ Excellent puzzles throughout
+ Dry humour and subversion of videogame tropes
+ Often delightful and occasionally hilarious
Cons
- Some puzzles might be a bit oblique
- Collectibles maybe a bit too off the beaten track
- Not all collectibles are tracked, when some are
Summary
Superliminal is a great puzzle game with soul. There’s tons to do besides the nine levels on offer, especially when you go looking for collectibles.