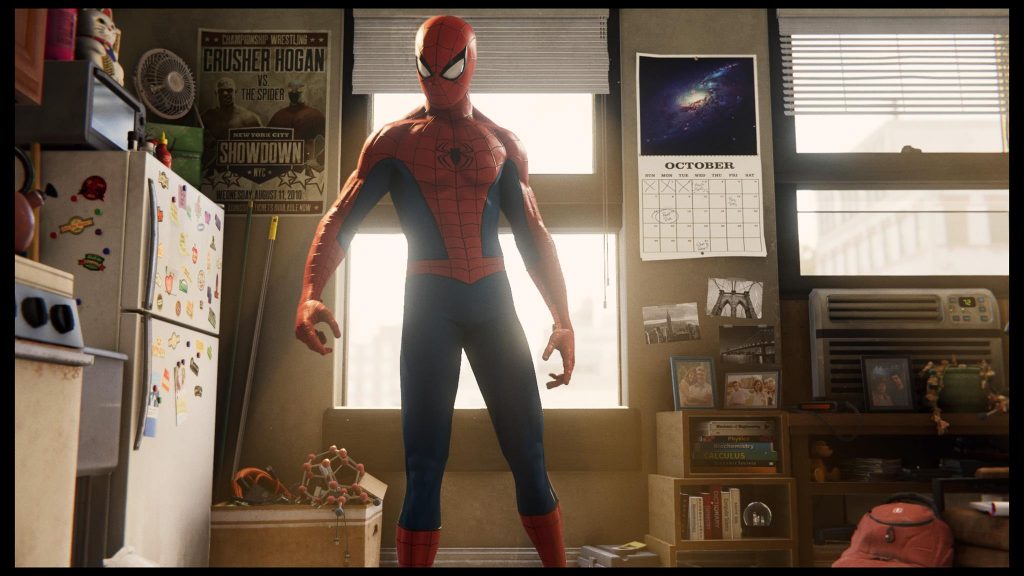 We’ve been a bit spoiled for choice when it comes to superhero games as of late. With the rise in popularity of the Marvel and DC cinematic universes, there have been a cavalcade of games that have come along and destroy the notion that all licensed games are shelf filler for your local videogame emporium. Titles such as Infamous: Second Son, Injustice 2 and the Batman Arkham series prove this capably and it was only a matter of time before a developer tried to utilise that lightning in a bottle and try their hand at Spider-Man.

Previously Spider-Man games have been a mixed bag. Activision previously had the license and much like with all Activision titles, Spider-Man started well and then became an annual franchise with diminishing returns. This time however, we have Insomniac at the helm. Insomniac are famous for putting a lot of effort into their games with the likes of Ratchet and Clank, Resistance and the Spyro series to show for it. This has resulted in a familiar, yet incredibly refined experience as Insomniac have taken what works from previous games in the franchise and have distilled each element into the purest and finest it can be. 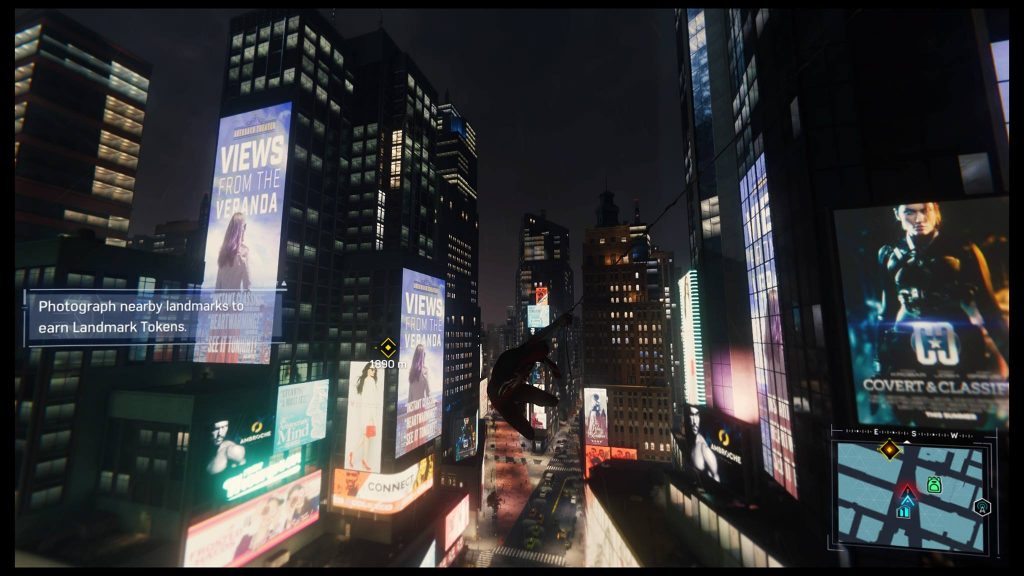 It all starts with the movement, being able to swing through the city with ease and grace has been core to any Spider-Man game since the heyday of Spider-Man 2 a couple of generations ago. This is by far the best implementation of the swinging movement I have ever played. It feels effortless with a simple press of the right trigger to affix to a nearby structure and propel yourself forward. Insomniac have achieved a compelling feeling of manoeuvrability and speed that marries together almost perfectly. The only issue I had at first was that it felt almost too effortless, as in that the game was playing itself. But as you progress you can unlock new swing abilities that not only assists with speeding up but also with adding some extra movement combinations that give the player more agency that requires skill to get the most out of.

Combat carries on this sense of intuitive control, with it being a mixture of context sensitive moments and simple beat-em-up flare. What really shines through is the options in which you can fight the various goons that you encounter throughout the game. Of course, there are your typical tropes of shielded enemies, bruisers and long-range rocket shooters, but the game never feels like it is unfairly throwing road blocks at you in the name of a specific enemy type.  Instead, you’re able to defeat any of the enemies with a seamless movement once you know which attack beats them. For example, shielded enemies require you to hit them from behind, you can attack them by jumping to a nearby wall and back to catch them off guard. Alternatively, you can slide underneath them and deliver a swift kick. 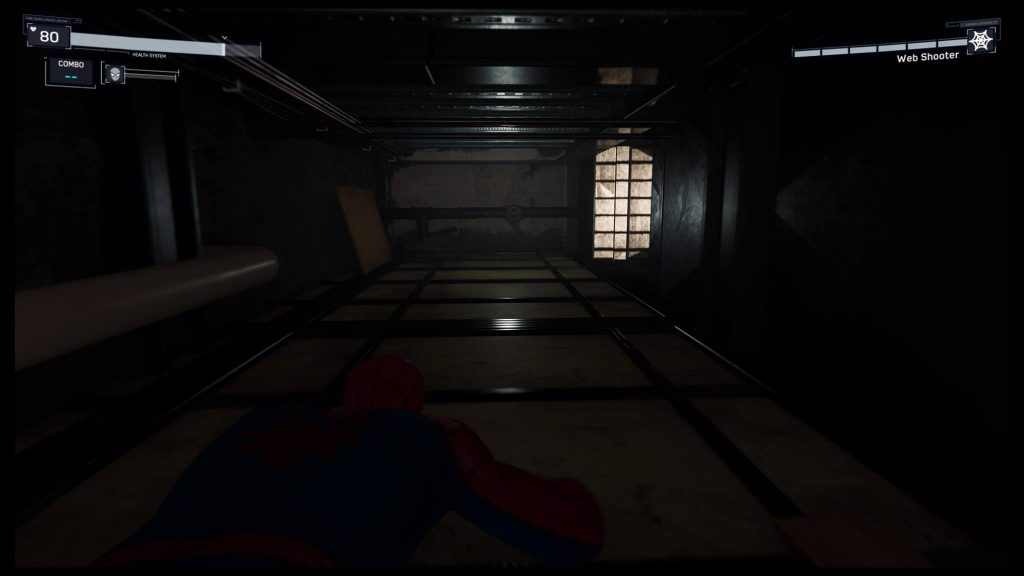 What ties these two aspects together is the animations. An immense amount of detail has been ploughed into the various ways that Spider-Man moves around and the way he interacts with the environments. There are very few moments where Spidey looks like an upright stiff, such as in previous games. The only times I encountered issues that are contrary to this were when climbing around tight spaces where pathing isn’t quite realised. These are rare moments however.

Another important aspect in any Spider-Man game or any Spider-Man based medium is the storyline and the game is mostly brilliant. The game features a more mature Spidey, one that has had time come to terms with his powers and the responsibility that comes with having them. This is already a big plus as it removes the typical teenage melodrama that has felt overly saturated in recent years. Instead it paints Peter Parker as a more experienced webslinger who has found ways to be more balanced with his alter ego. While he still struggles to turn up on time to meetings and dates, he is generally more capable of dealing with threats and keeping his day to day in check. At least it feels this way because of how the missions are set out.

While the game is an open world adventure by nature, it is still very much a linear narrative. The only deviations to the main story course are side missions and collectables that have no real bearing on the proceedings. While I feel that this is a bit of a cop out, what with the potential narrative variance that could come from choosing one mission over another due to time slots, I do feel that this is probably the best way the game could have come out. You are never too far from the next story movement icon and you never feel under pressure when wanting to goof off and fight crime instead. 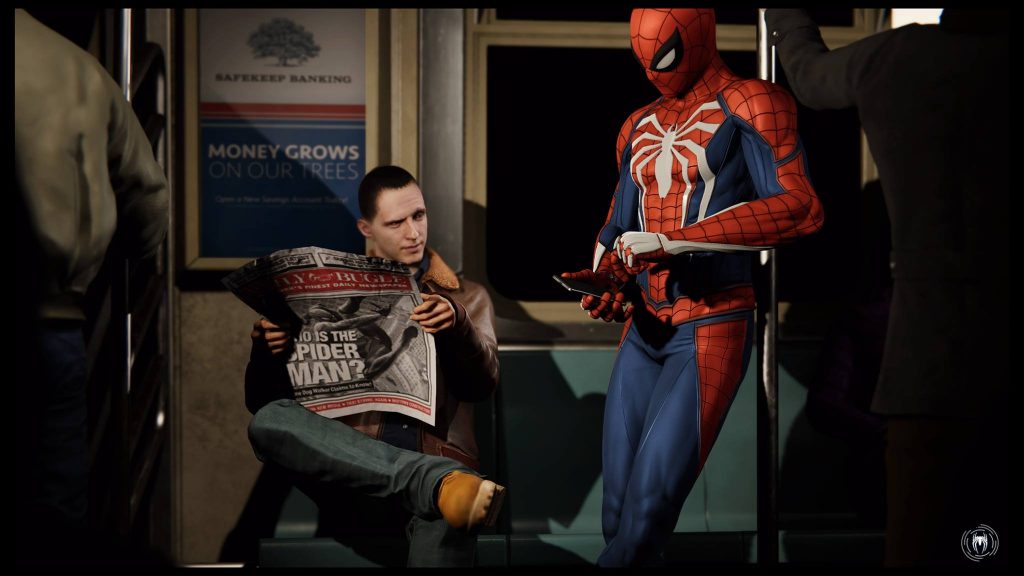 Coming back to the “mostly” part of the previous stanza however, there are some areas in which the storyline does feel a bit underwhelming. Spider-Man has one of the most impressive and vast rogue galleries out of any of the superheroes in Marvel’s stable. However, the times in which you meet these characters feel very underutilised and little consideration is given to their individual traits. Most of their boss fights are typical slug fests with patterned movements, stuff we have seen many times before and there is so many more compelling ways in which they could be used. I would have loved to have seen Mysterio for instance, allowing for illusionary theatrics or Arkham Asylum style shenanigans. Instead we have the likes of Shocker, who you fight in a circular room with brief attack openings or Kingpin in a big square room with limited attack opportunities.

This minor flaw does not take away from the overall experience however, Spider-Man on PS4 is by far the best example of a Spider-Man in a game environment and any fan of the web-head should pick this up (if you haven’t already). It may not be amazingly different from what has come before in the Activision years, but it is by far the most refined example that we are likely to ever see.

Spider-Man
8 Overall
Pros
+ Possibly the best recreation of Spider-Man in a video game environment
+ Manhattan feels alive and is a joy to swing through
+ Seamless storyline that blends immaculately with the action
+ Beautiful graphics, some of the best achieved on the PlayStation 4
Cons
- Missions and side activities get repetitive
- Not that much different from what has come before
- The soundtrack gets boring fast
- Spider-Man’s rogues gallery isn’t all that well explored
Summary
Spider-Man is very much a blockbuster on PS4 as Homecoming was on the big screen. The game captures the web-head brilliantly and services fans with by far the best example of Spidey related shenanigans yet.