Observer: System Redux is a sci-fi cyberpunk adventure from Polish horror specialists Bloober Team who were also responsible for Layers of Fear, Blair Witch and, of course, Observer which was the original 2017 PS4 title that this is a PS5 update of.  The game places you in the shoes of Daniel Lazarski who is a veteran Observer (2084’s answer to a homocide detective) as he investigates a murder in a futuristic Krakow, Poland.  Not that you get to see much of the tourist spots as the majority of the game is set inside a locked-down apartment complex.

Lazarski is led there after receiving a call from his long-estranged son Adam.  Upon tracing the call, he finds Adam’s apartment where a decapitated body awaits him and from there you are drawn into a noir adventure where conspiracy, technology and modified human biology all come together in a way that will be familiar to fans of movies such as The Matrix and, more prominently, Blade Runner. 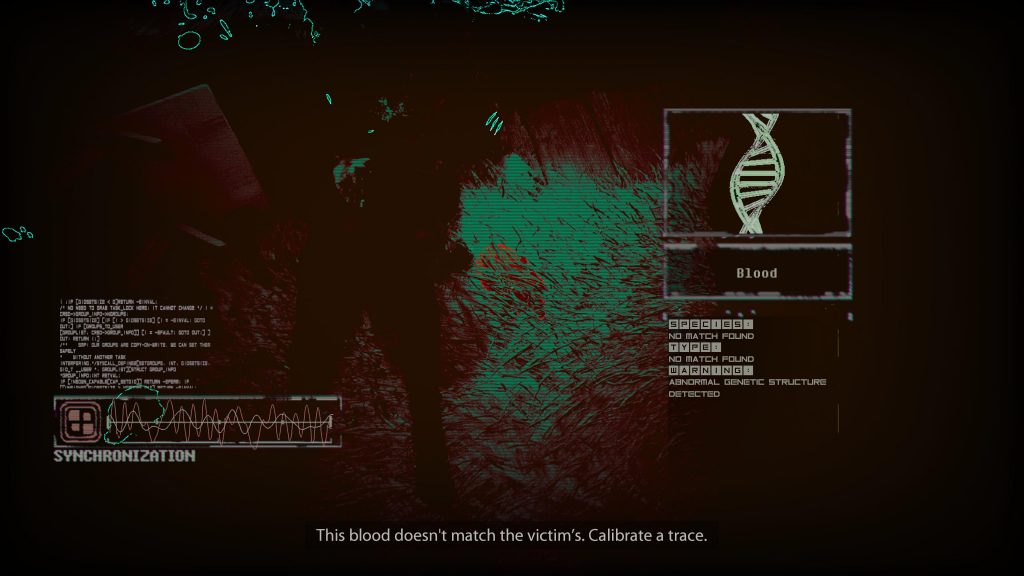 The game’s title is actually on the nose.  You can’t really do much apart from observe things.  Upon finding the first crime scene you are introduced to Lazarski’s collection of futuristic detective tools.  Scanners for biological matter and electromagnetic items are mapped to the shoulder buttons and these highlight potential objects of interest.  Pressing L2 will scan these further while R2 is used to interact with objects.  Beyond that you also have a nightvision augmentation (R3) and, most importantly, a device that allows you to connect to the neural chip that is implanted in the heads of most of the citizens of this bleak, futuristic worAside from that though, there’s no other wrinkles to the gameplay.  Lazarski has no combat abilities at all.  No punches, no firearms.  You’re strictly there to observe which of course is a fairly different way to play a game these days.  During the game’s 6-8 hour story mode, you’ll mostly be stuck in that one apartment block where you’ll be scanning items, looking for doors and occasionally interrogating the locals who are all stuck behind locked doors.  You’ll have a few dialogue choices but these conversations are quite limited.  The only character that you get to interact with is the building’s janitor, a very twitchy man known as Janus.

Often the progression in the game revolves around finding your way out of locked down areas.  That usually involves restarting some bit of equipment or finding a key code and Observer makes you work for these solutions.  An early puzzle has you searching around a dark apartment for a keycode which ends up being the title of a book hidden away in a dark cupboard in the corner of the room.  This can get frustrating especially because interactive objects are often easy tomiss.  You do need to be thorough in your approach or you’ll soon be searching for a guide.  There’s never anything particularly clever to these puzzles though and often the only difficulty comes from trying to find the thing you need to interact with.  Indeed it often can feel a bit like a point and click game or one of those CSI games that were so popular with achievement whores on the Xbox 360.

The most interesting gameplay comes from those neural links.  Connecting to a broken mind is one thing, doing it to the mind of a recently murdered person is another and it is there where you’ll experience the memories and misery of the recently dead.  These dream-like sequences are disjointed and uncomfortable, often trapping you in puzzles that create a sense of dread.  It often plays out like one of those miserable Hellraiser sequels and often with the same bleakly urban settings too.  We’re not sure if Observer is a horror game but it certainly is dystopian as all hell. 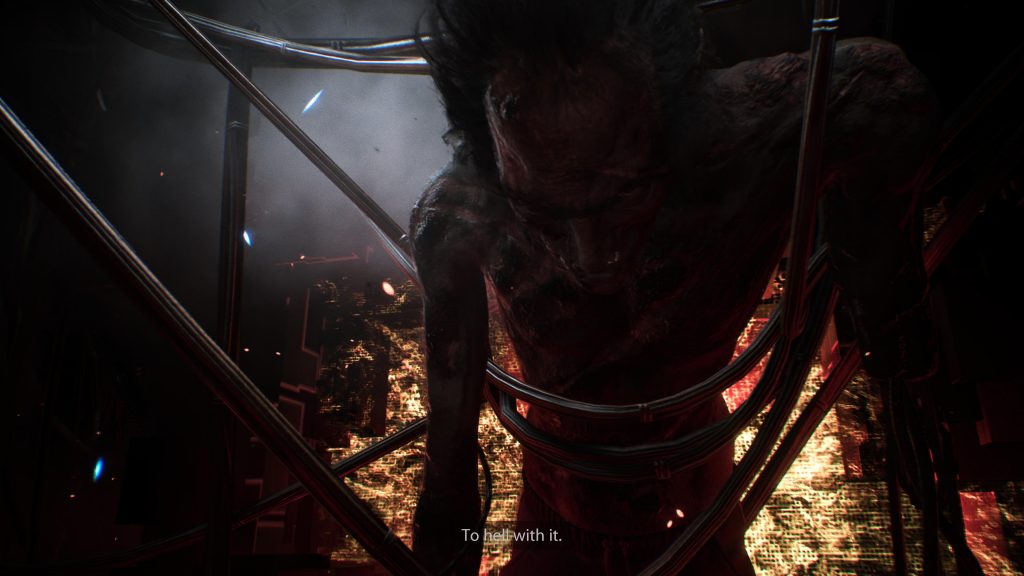 The game uses that kind of 1970s vision of the future where the tech can do amazing things but still has green screen monitors attached.  It’s the same approach that Alien Isolation took and it pays off.  This is a harrowingly miserable future where black market body modifications, pollution and overcrowding have ruined humanity and Bloober Team have done an excellent job in conveying that look and feel.  If you’re ready to strap in for some sci-fi misery then Observer is definitely worth a look but if you play videogames for the power fantasy then this isn’t for you at all!  The game even throws in some minigames which look like they were designed for a Java-based phone from the ’90s.  It’s the future but a really disappointing one and that all adds to the atmosphere.

While 2080s Poland looks like a place to take off your world tour bucket list, the game is an early showcase for the PS5.  Raytracing is turned off by default in the menus (for no good reason) but get that switched on and you’ll be looking at a game that has some stunning tech behind it.  The grim, dank world of Observer is full of shadows, rays of light and reflections.  You can see yourself in mirrors and windows and rays of light dance through the cracks in windows and doors.  Much of this world has a subtle layer of futuristic graphical texture (kind of how Neo sees the world in The Matrix) and it looks great.  The world itself isn’t exactly a picture perfect postcard but it is brought to grim life with this tech. 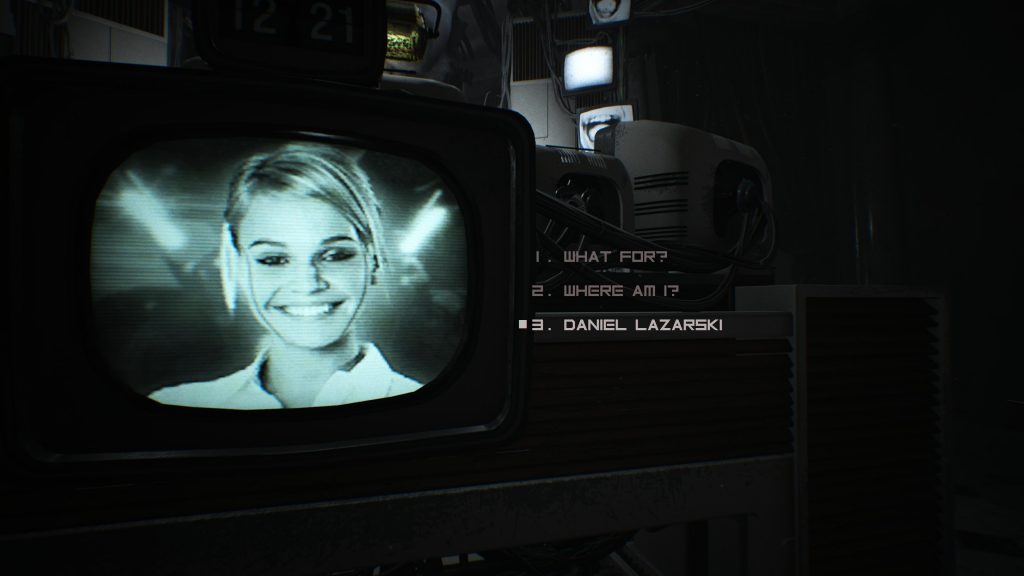 The sound is also very well-implemented with plenty of miserable sound effects and startling jump-scare inducing noises to ruin your day.  Played through a decent speaker or soundbar, it all sounds great.  The voice acting is a little less good with the sadly-missed Rutger Hauer mumbling through his lines (and sounding very old) while everyone else dials it in.  Oddly, future Krakow sounds a lot like the lower east side of New York.  Even the DualSense does its part with some nice haptic feedback, even if mostly it’s just telling you that you can’t open the door but we look fondly on any game that uses the features of Sony’s fancy new joypad and Observer doesn’t disappoint.

The game’s story itself is okay.  The limited setting leads to a limited scope and the whole cyberjacking trope has been done to death by now in books, TV, film and gaming so we’re not sure this is actually all that original.  The whole thing plays out like a side-plot to Altered Carbon but without the lush neon palette.  The conclusion is reasonably satisfying though and we were compelled to check out both endings.  The lack of people to meet takes away from the immersion though and much of the last act of the game is just you working through maze like corridors and sewers in the dark which gets old fast.  For a game with such good lighting, it’s kind of annoying that all the lights at the end seem to have no reach and are just there to remind how nice it’d be if people used higher wattage bulbs. 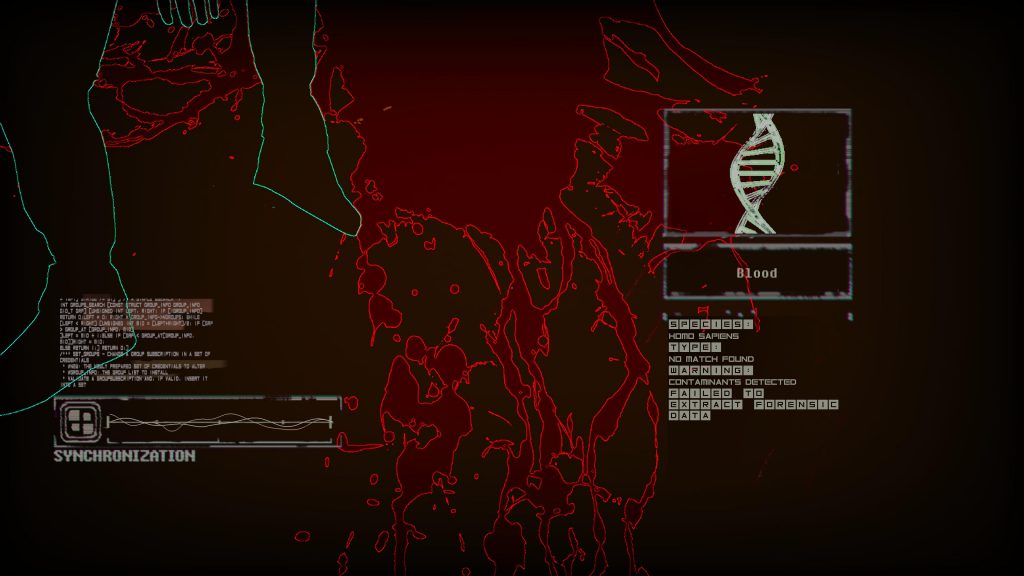 As such Observer isn’t very pleasurable to play.  The gameplay is limited, the world can be unpleasant and confusing and the way ahead isn’t always clear.  I couldn’t wait to be free of this nightmarish world but that’s kind of the point.  If Bloober Team were aiming to make me tense, they nailed it and that’s why you buy a game like Observer and not some platform game about cute foxes or something.  The only thing is that the game reminded us of several double-A Xbox 360 horror games.  Condemned, Jericho and Alone in the Dark for example.  Games that didn’t really change the world and weren’t necessarily ‘fun’ but all games that did a good job of making you uncomfortable.  Indeed the Condemned comparison is especially appropriate if you’re a trophy hunter as Observer is absolutely full of hard to spot collectibles that will definitely drag out the experience longer than anyone really wants.

In summary though, Observer: System Redux is a game that sci-fi and horror fans will want to check out and we’re glad we’ve experienced it.  It may have more value as a tech demo than an actual game at times but if you’re happy to close the curtains and delve into this world, you won’t be disappointed.  You might be a bit traumatised though.

Observer: System Redux
7 Overall
Pros
+ It's a bleak world but excellently presented
+ A massive visual upgrade over the PS4 version
+ Good sound
+ Constantly fills you with dread
+ Raytracing is the future
+ Good haptics
Cons
- Gameplay is quite limited
- Progress can be frustrating at times
- Story is a bit generic
Summary
Observer: System Redux creates a miserable vision of the future that will appeal to sci-fi and horror fans. The game is essentially just an evolved point and clicker but it sucks you in and at the very least does a good job of showing off some clever PS5 tech.