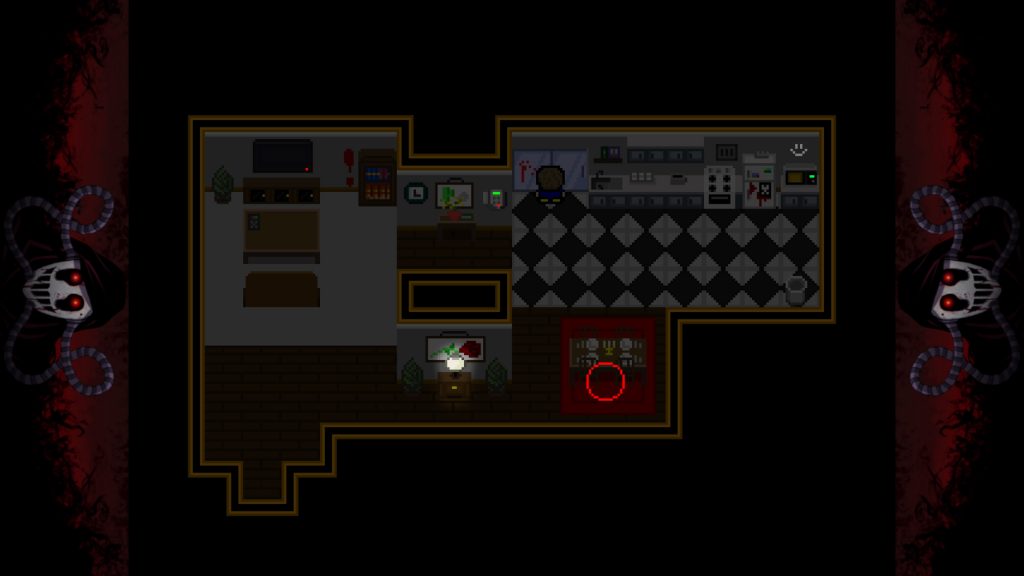 In the virtual review room that we at PSC use to dole out review assignments, there is a publisher name that crops up often. Ratalaika, you may know the name if you read the site regularly as we have covered many over the past year or so. Ratalaika is known for a few things; supplying short burst games, easy platinum trophies for PS4/Vita, all with a varying degree of quality. From the decent Legend of the Skyfish, to the not so decent Deep Space Rush, you will find a Ratalaika title at pretty much every point in our usual ten-point review scale. This variance of quality has led me to come to my own theories as to how Rata picks games for its publishing outfit; do they pick based on the two-hour game criteria? Do they aim for a certain aesthetic? Or they do they simply pick out games by way of dartboard?

The latter certainly seems the case with titles like Just Ignore Them, a point-n-click horror title from Stranga games. It ticks all the previous boxes regarding duration and trophy scoring but sits firmly within the lower levels of noteworthiness.  In this game you play as Mark, who is at first a young boy having to deal with creatures that hide in his closet, microwave or other hiding areas around the house. Without giving too much away, he later grows up into a man on the run from the same horrors that plagued him as a child, seeking closure and answers for why he is being pursued and toyed with. 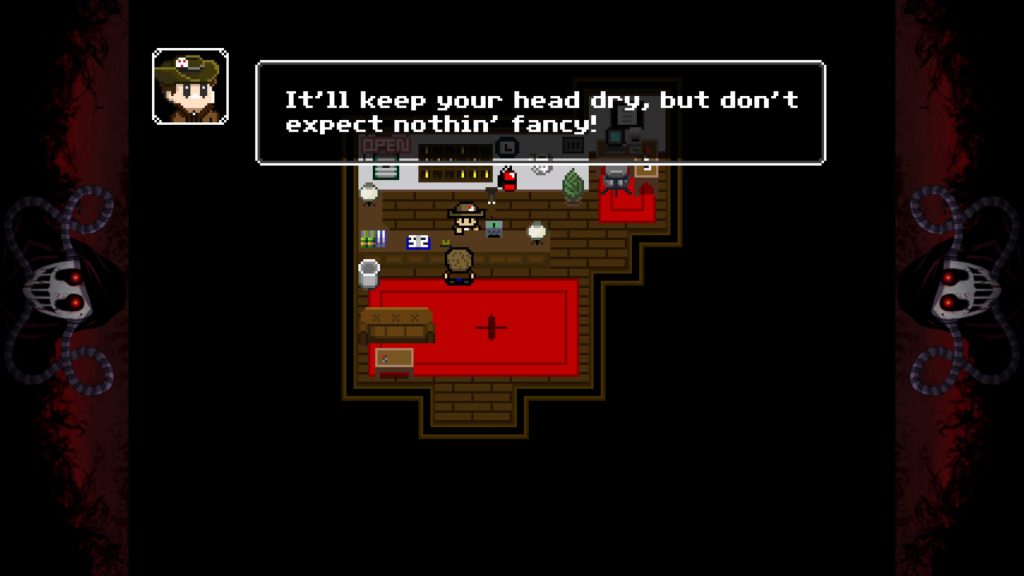 While I am being coy with the synopsis as to not incur the wrath of the anti-spoiler brigade, there is little more to it than that really. The story is an awkward one, with ham fisted dialogue that makes everything seem incredibly clumsy. There are moments where the progression of the storyline just doesn’t make sense, with Mark calling out characters for being evil and awful in one sentence, before being on their side in the following. One such encounter is so baffling, where you talk to one character about a guy you are about to meet as if you had met them, with dialogue repeating shortly after as if there was some sort of unintended time skip.

While the story does have branching options for the player to pick their destiny, there are only really two outcomes to the story, and they follow the exact same pathway. There is no real outcome that benefits the player, other than to pick which trophy you receive at certain junction points. Everything else is simply a corridor of information that is fed to the player with little to no interaction or reward for exploration. 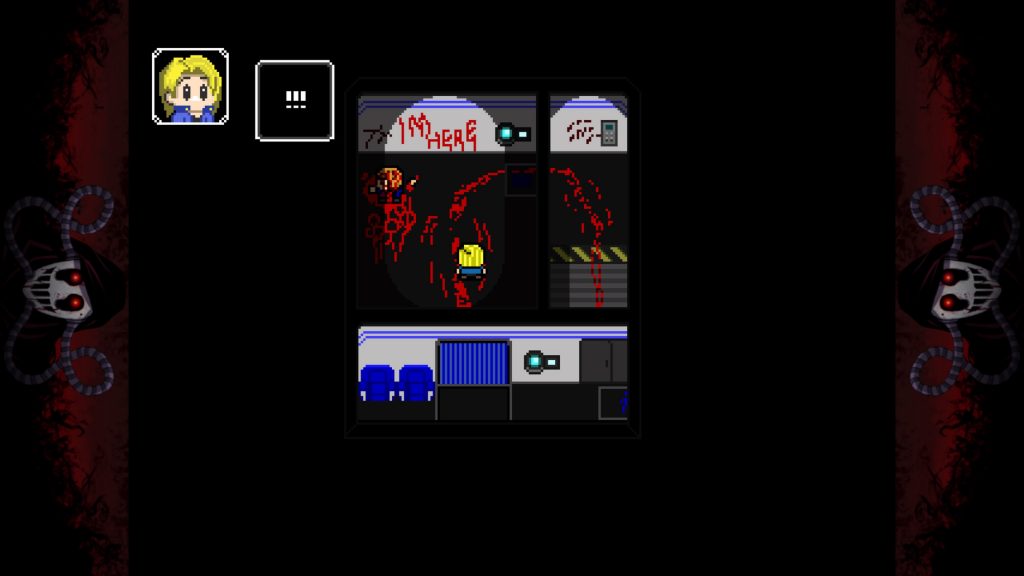 As a point-n-click title, you should know what to expect. The left stick moves a cursor around the screen to highlight background elements or items. You then either use these items with another part of the environment or combine two items together to then work the McGuffin’s on screen. In terms of objects and their use however, this really does boil down to little more than trying each item with every object in the room to see which one works. There are some areas which are just needlessly cryptic, requiring the player to look at bins or poorly hitboxed items that are so insignificant to the eye that the player will end up running around areas trying to find something different to work with, despite the solution being right there as an unperceivable speck on the ground. Again, while there are branching story options and moral choices, there is only one way to ultimately progress. This causes issues where you can see a solution and how to get to it, but the solution won’t open as an interact-able element until you have completed an arbitrary action that is completely unrelated.

Graphically as you can tell from the screenshots, there isn’t much to see here. Just Ignore Them features some rudimentary RPG Game Maker style pixel visuals and while fine for the most part, it presents this game as a cute Nintendo romp as opposed to the M-rated horror that it is claiming to be. Despite this, there are graphic depictions of violence and 8-bit nudity that makes it into the game. It’s a baffling choice and feels more like a Corpse Party fan fiction as opposed to an artistic choice. For audio, there isn’t much to hear, just some occasional horror stings and a small flood of instrumentation when you enter a new area for the first time, the best I can say about this is that it fills the emptiness for the few seconds you hear it, otherwise it is bland. 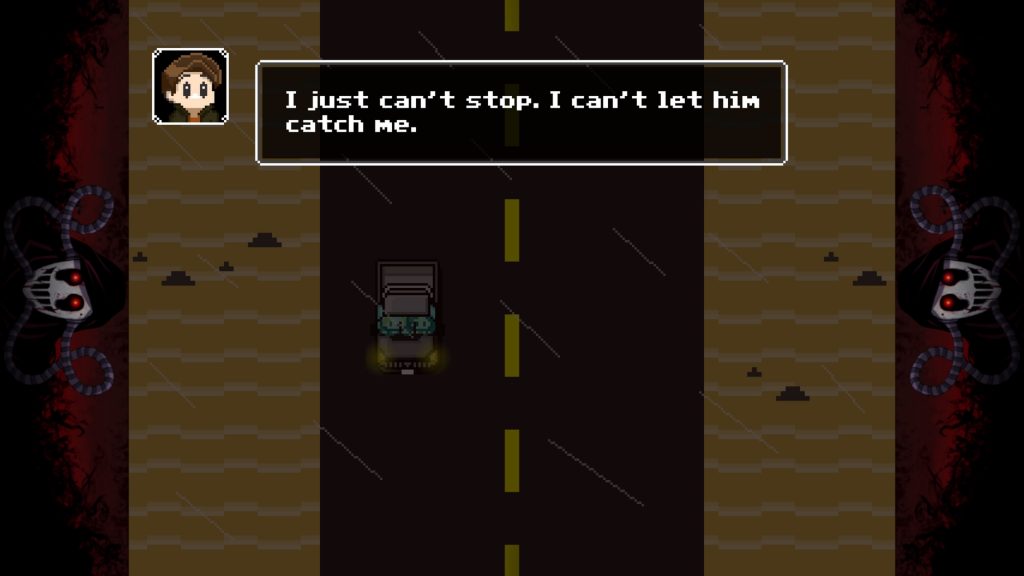 Bland being the best way to describe this game in entirety really. While trophy hunters will lap this up when it hits discounts and ultimately forget it two hours later, the jury is still out as to whether that constitutes a worthy purchase for non-platinum hogs. Just Ignore Them is just not good at any one thing to justify even a curiosity purchase.

Just Ignore them
2 Overall
Pros
+ Simple enough if you like a platinum trophy, two if you have a Vita
+ Mercifully short
Cons
- Puzzles amount to little more than ‘rub the thing against the thing’
- Constant spelling errors and awkward dialogue
- Pacing and story are all over the place
- There’s a sequel being planned
Summary
Just Ignore Them may be trying to be a psychologically charged horror point-n-click title, but the only truly terrifying thing about this game is that it will steal two hours of your life that you will never get back. Cute pixel visuals betray the theme, haphazard puzzle solving frustrates and even clumsier dialogue makes for a bad time all-round.